Ah, Toronto! With nearly 400 films screened, Hollywood’s best and brightest brought the heat in the Canadian city for the annual film festival. Known to showcase some of award season’s most fierce fashions, this year was no exception.

Check out some of the style standouts below. Who was your favourite? 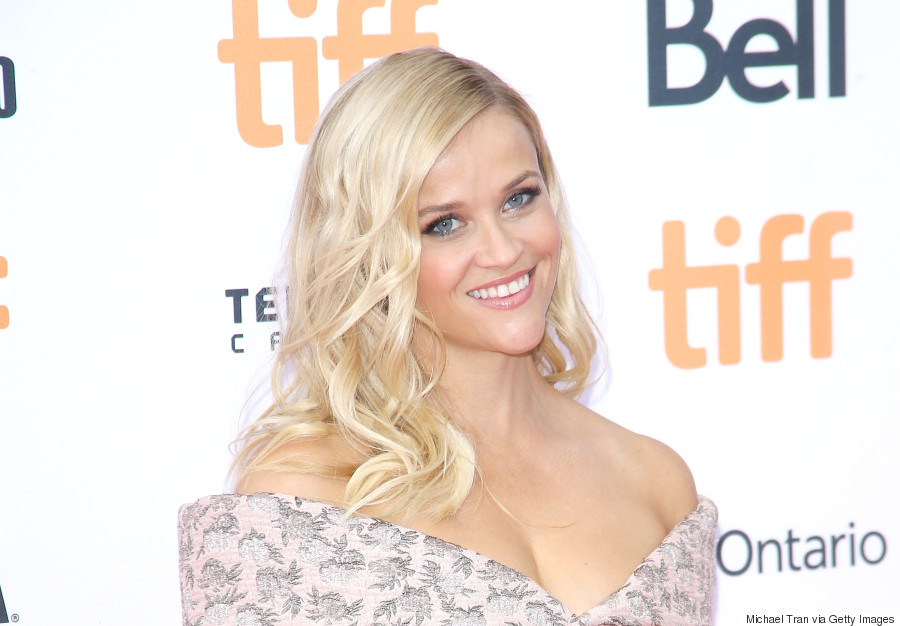 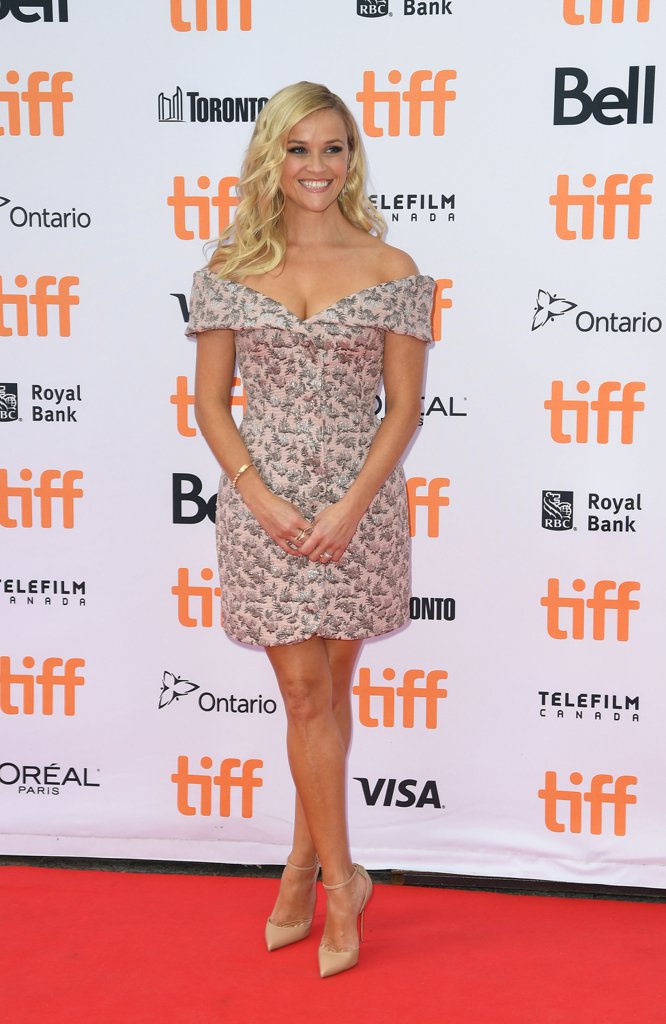 The Sing actress always gets it right and this floral brocade Ulyana Sergeenko couture dress is no exception. Christian Louboutin ankle-strap pumps and a touch of sparkle courtesy of Irene Neuwirth accessorised the ladylike number. 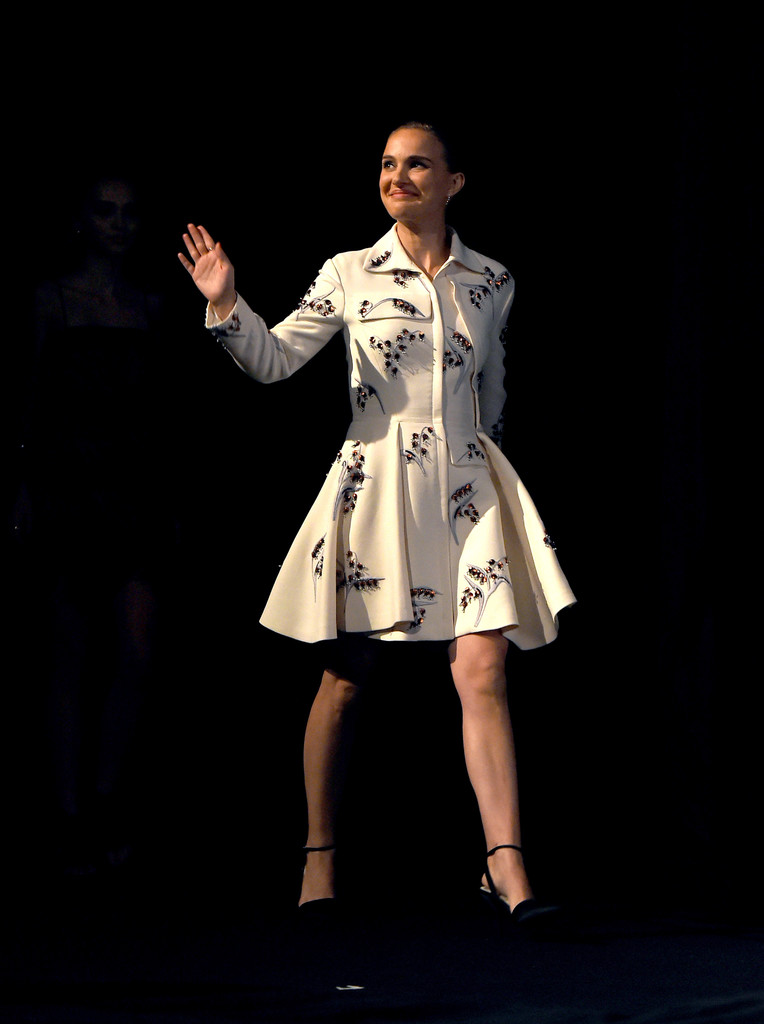 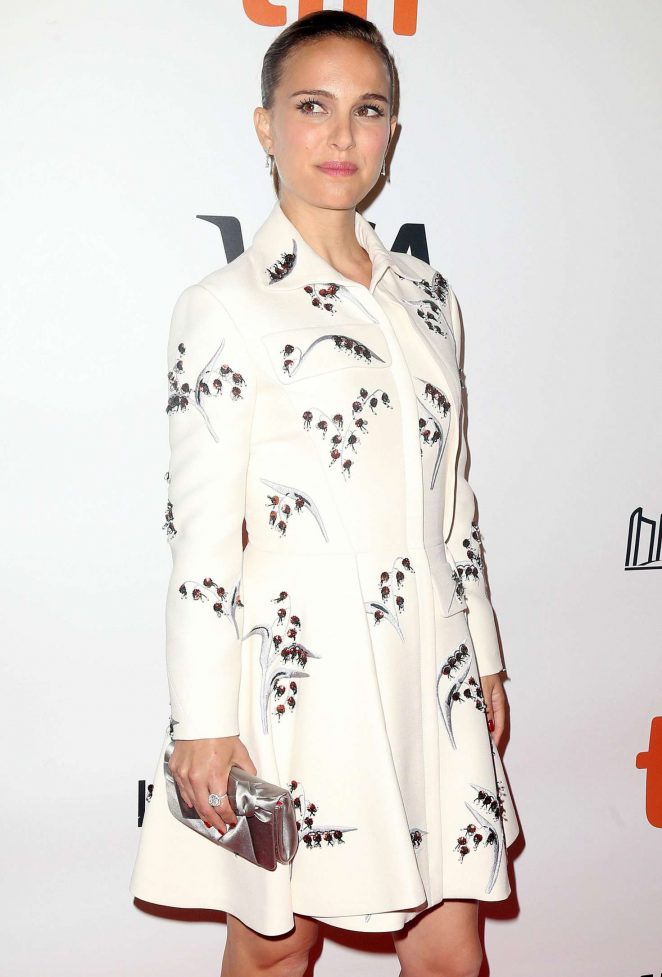 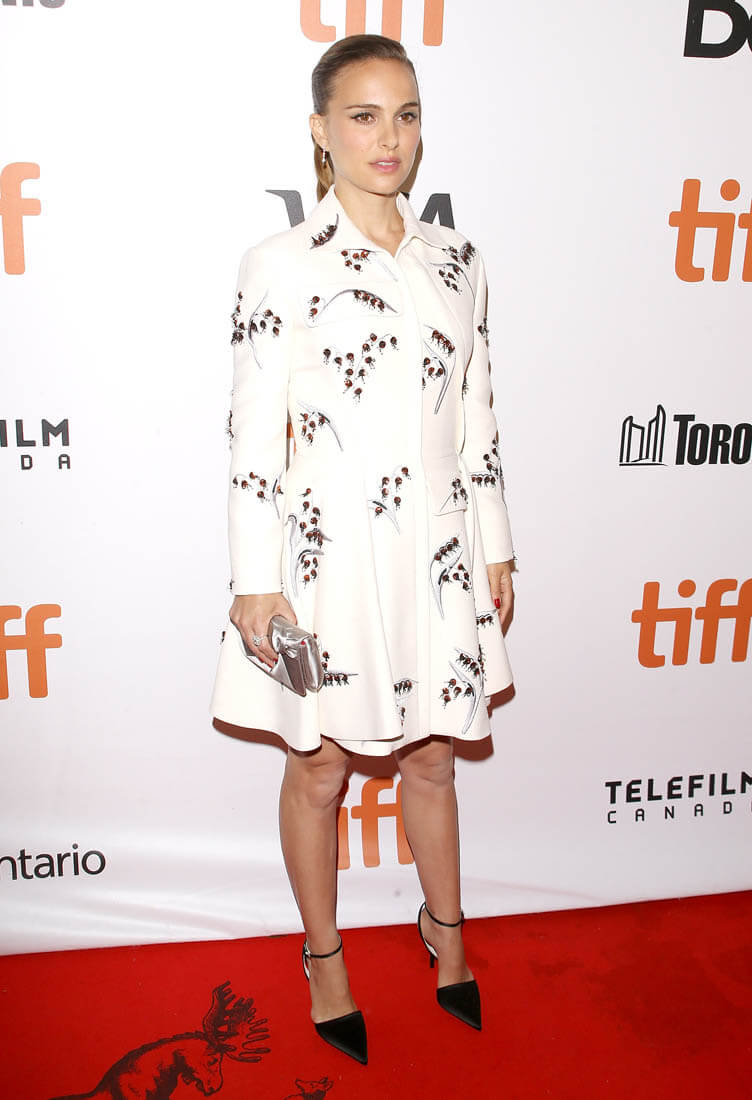 While Reese Witherspoon represented the many stars opting for floral prints during the festival, Natalie Portman showcased the other trend of the weekend: ivory. The expectant mum looked chic in a snow-white Dior coatdress accented with floral embroidery. Her ensemble was finished off with Tiffany & Co. diamonds and a bow-topped Christian Louboutin clutch 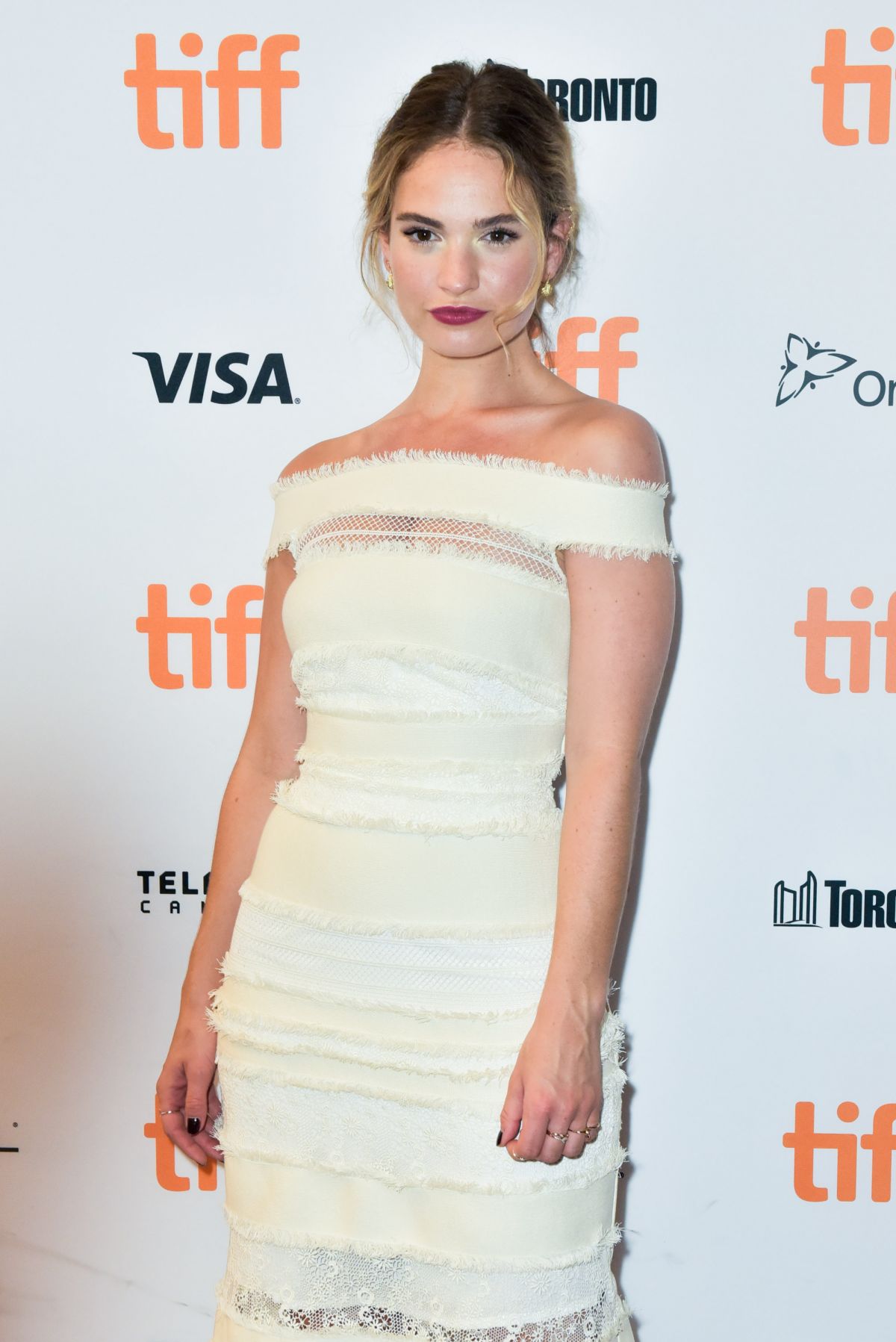 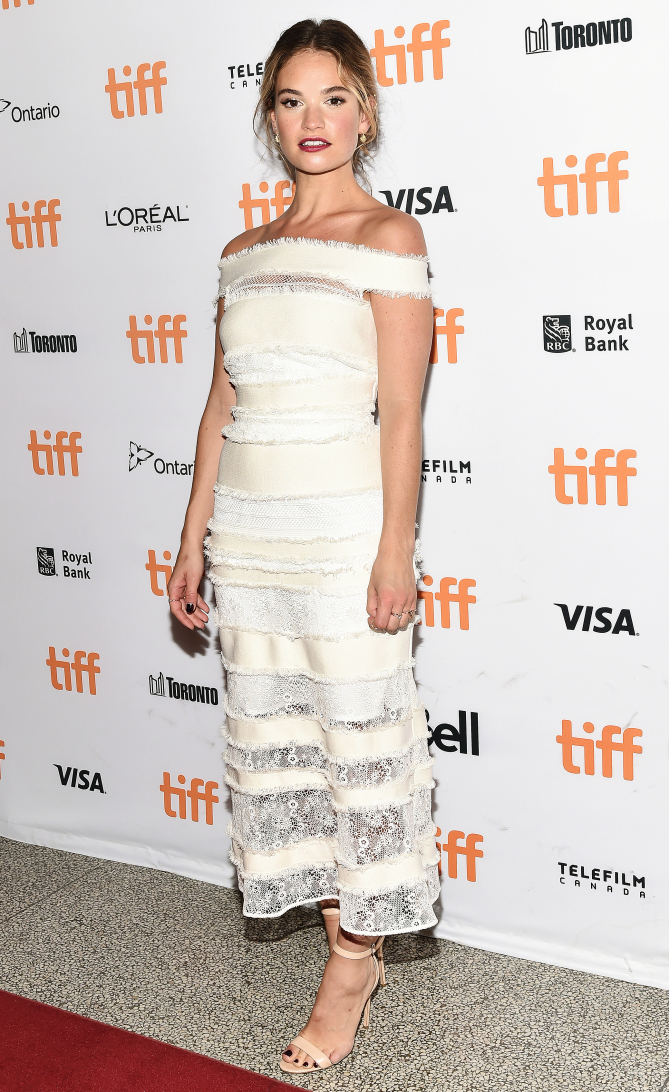 Another lady in white, Lily James’ delicate Burberry dress with alternating lace panels is seriously bad for our diets! Doesn’t she look like a beautiful wedding cake? 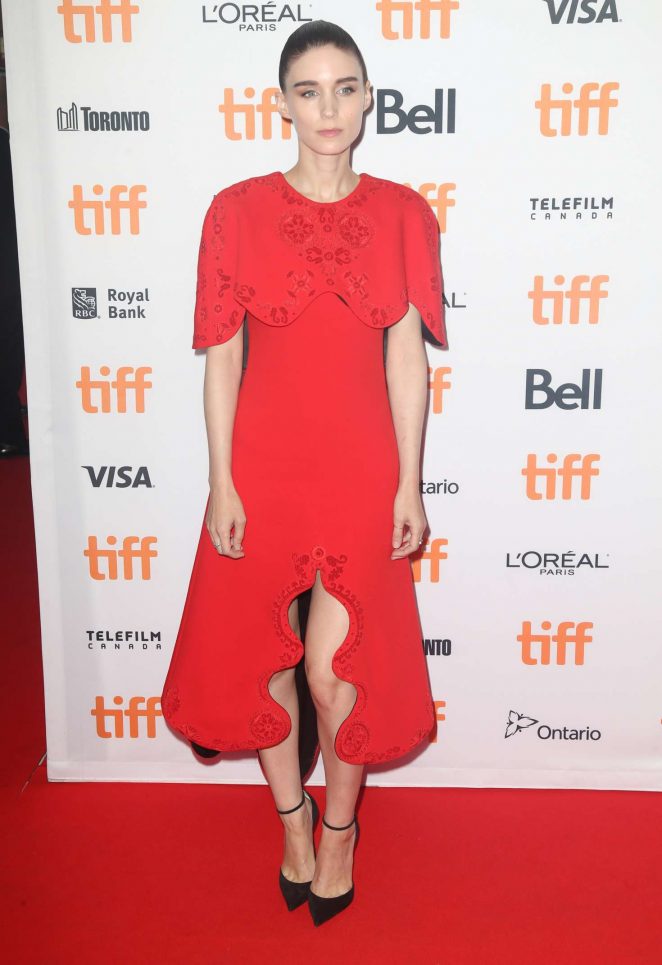 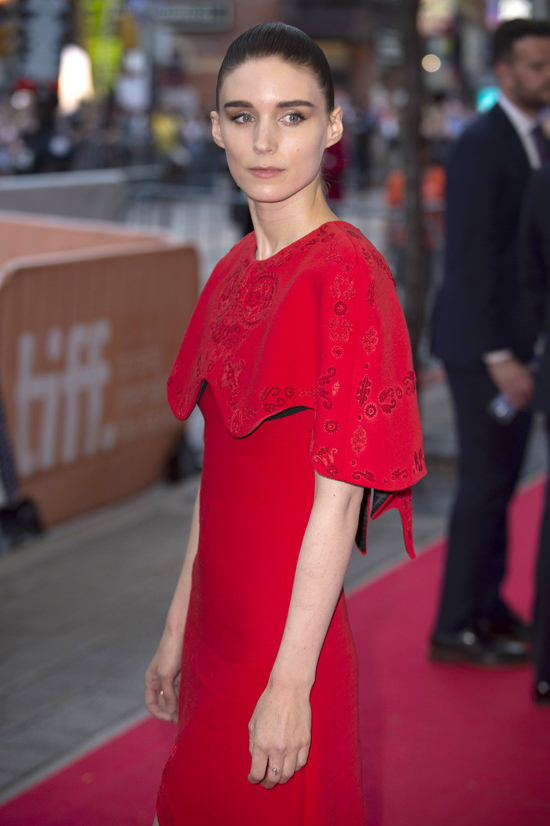 At last, the fashion Gods have answered our prayers! Known for her love of all things black, the former Lisabeth Sander switched things up in this bright red Aouadi dress with sculptural hemline. Along with being a breath of fresh air, the hue provides a striking contrast to Mara’s milky-white skin and raven locks.

Suki Waterhouse in Self Portrait 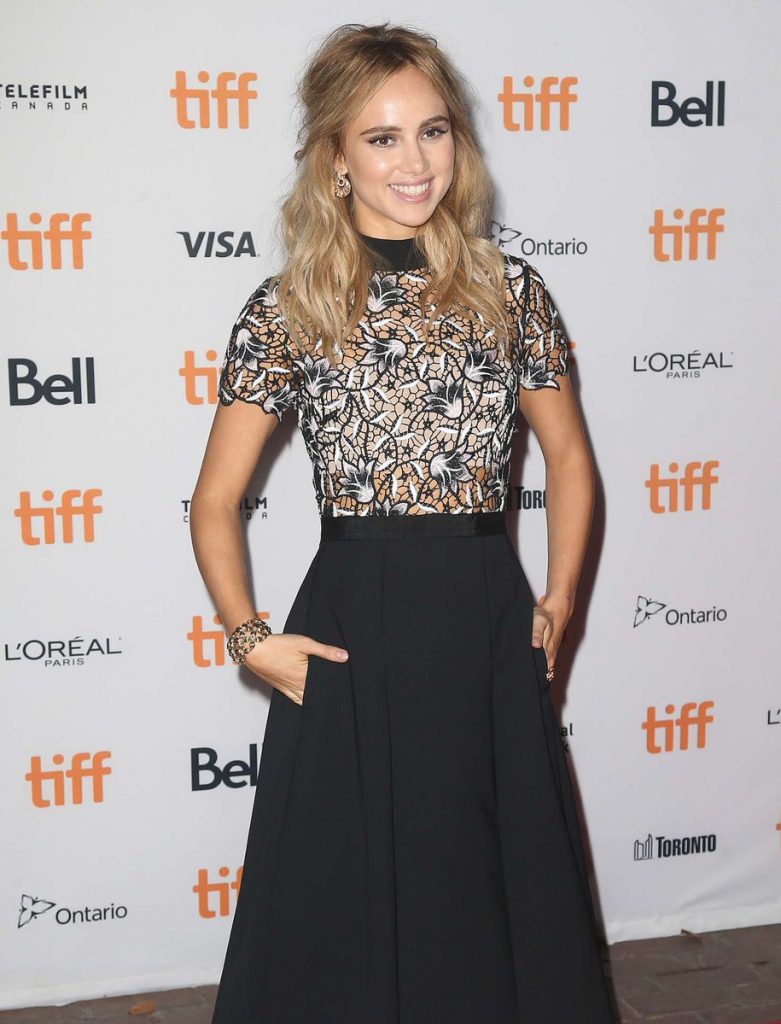 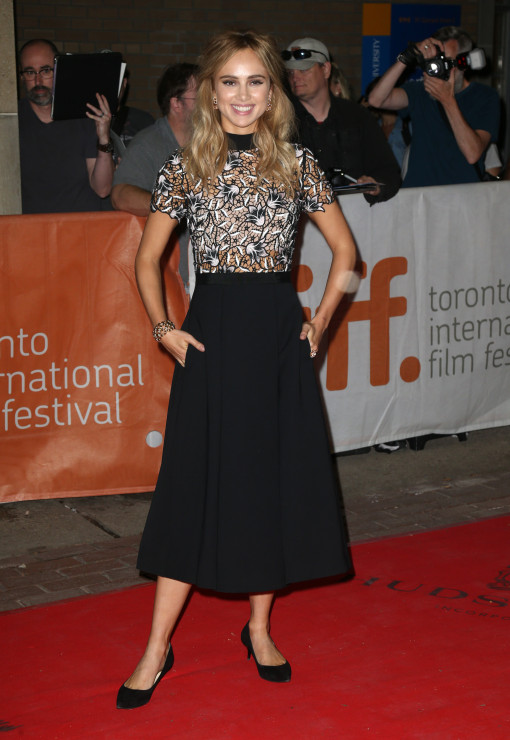 The 24-year old model and actress was pretty as a petal in this floral lace frock at The Bad Batch premiere. Cutting a feminine figure, Suki’s short-sleeve Self Portrait midi dress boasts a semi-sheer bodice with tulip motif. We love how she took full advantage of the handy skirt pockets! 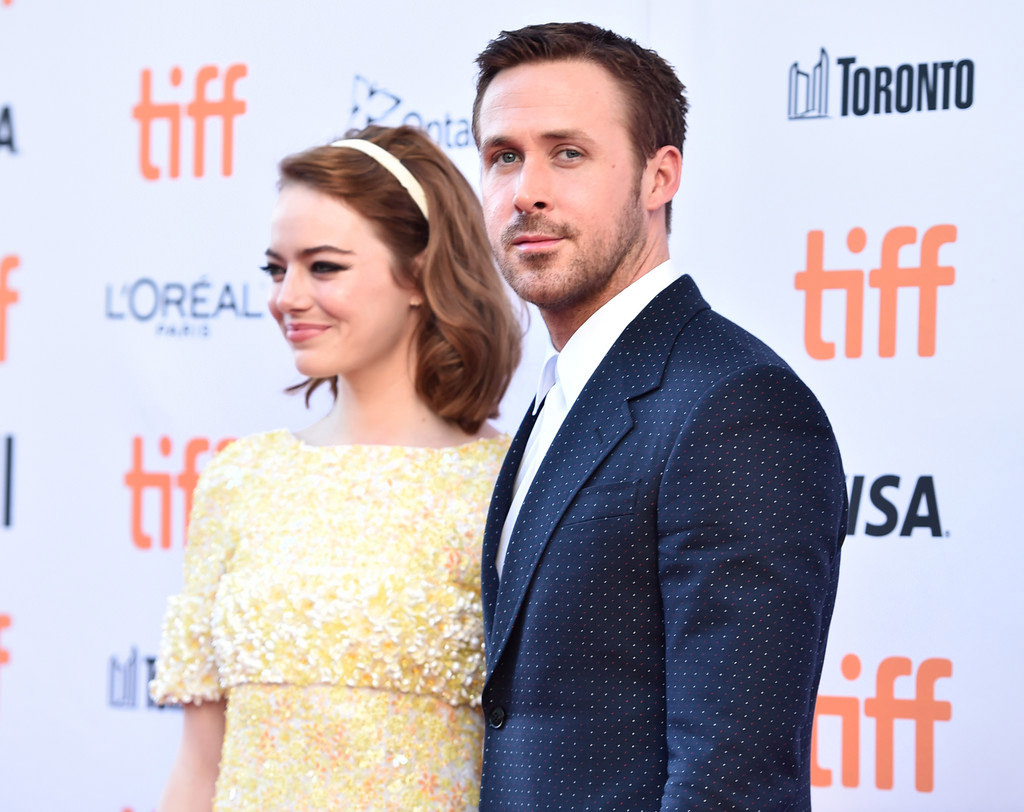 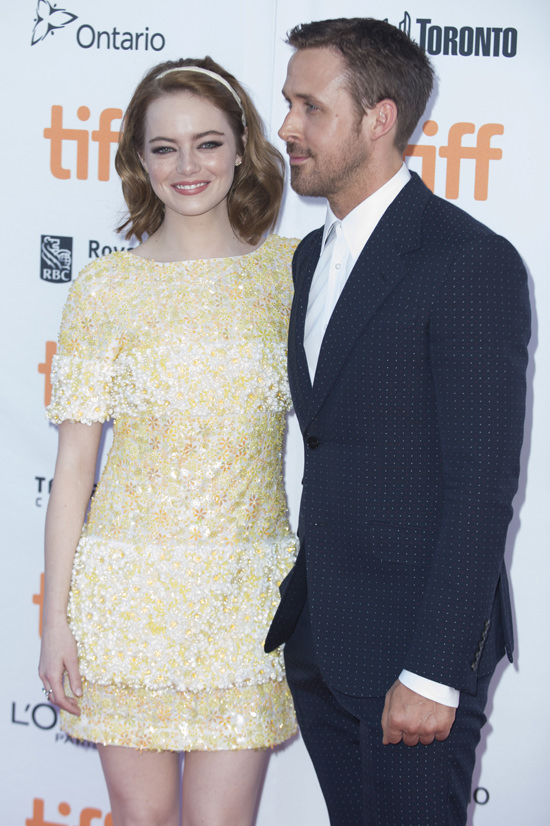 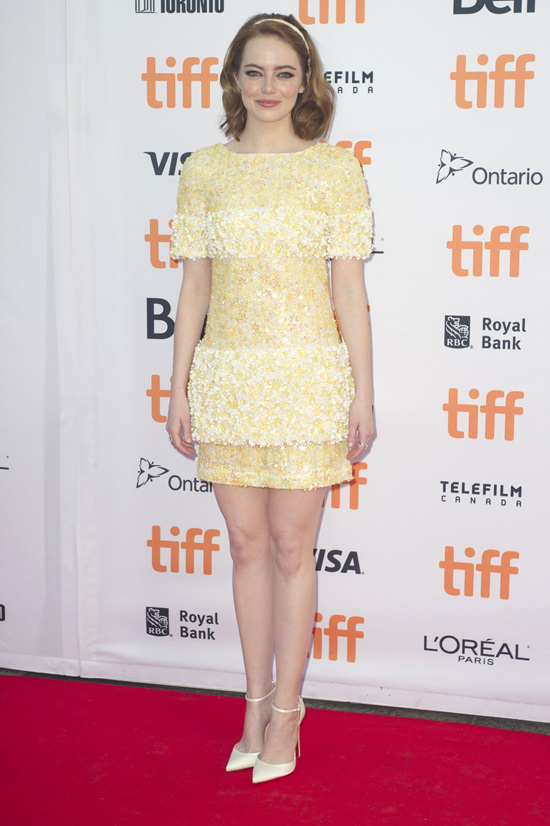 Can this girl do any wrong?! Looking way too adorable in a lemon yellow Chanel dress, Emma Stone upped the ante by topping it of with a perfectly preppy headband. The retro styling, which included Randall Scott jewelry and Christian Louboutin heels perfectly ties in with her buzzed about film, La La Land. 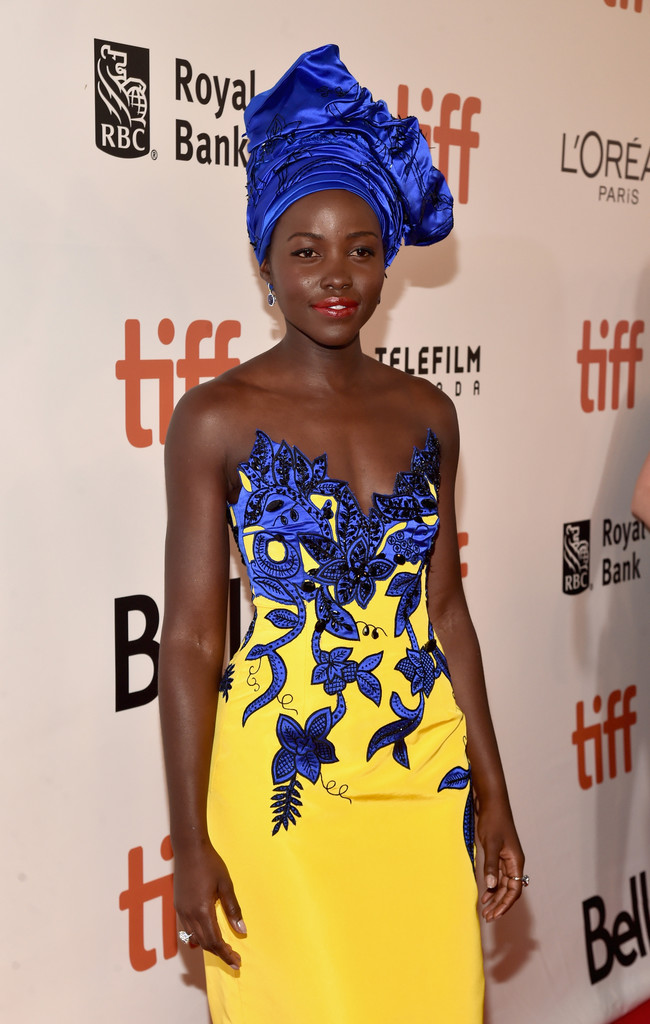 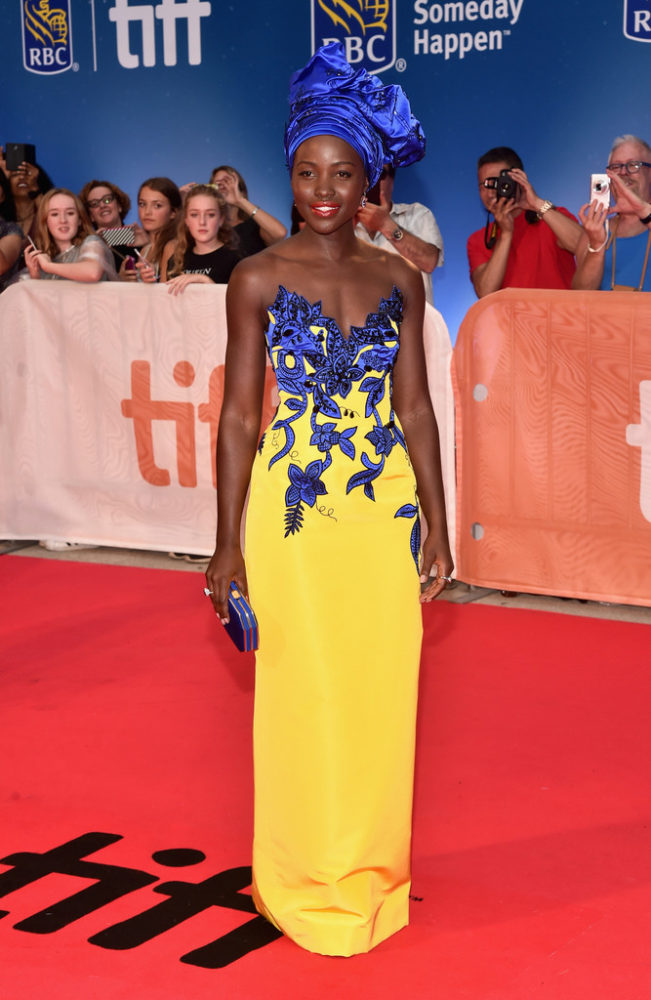 Clad in an ornate blue and yellow Carolina Herrera gown, Lupita Nyong’o’s entrance at the Queen of Katwe premiere was fit for a royal. The Academy Award Winning starlet paired the dress, which featured floral detailing on the bodice and fabric from her native Kenya, with a brilliant blue silk head wrap. She also donned a jaw dropping $624,000 worth of Tiffany jewels. The verdict from fashion pundits: “flawless.” 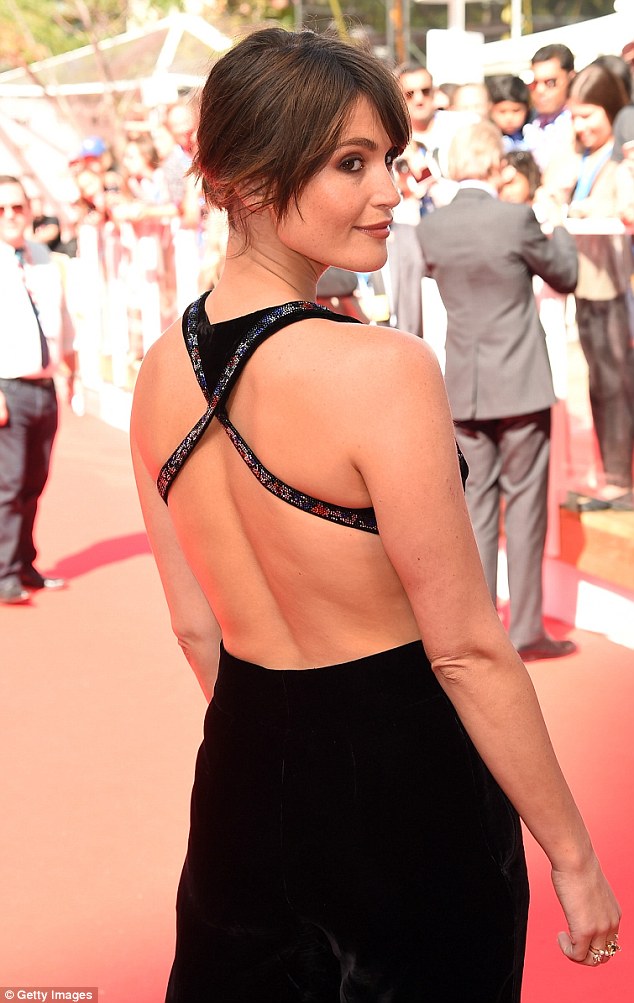 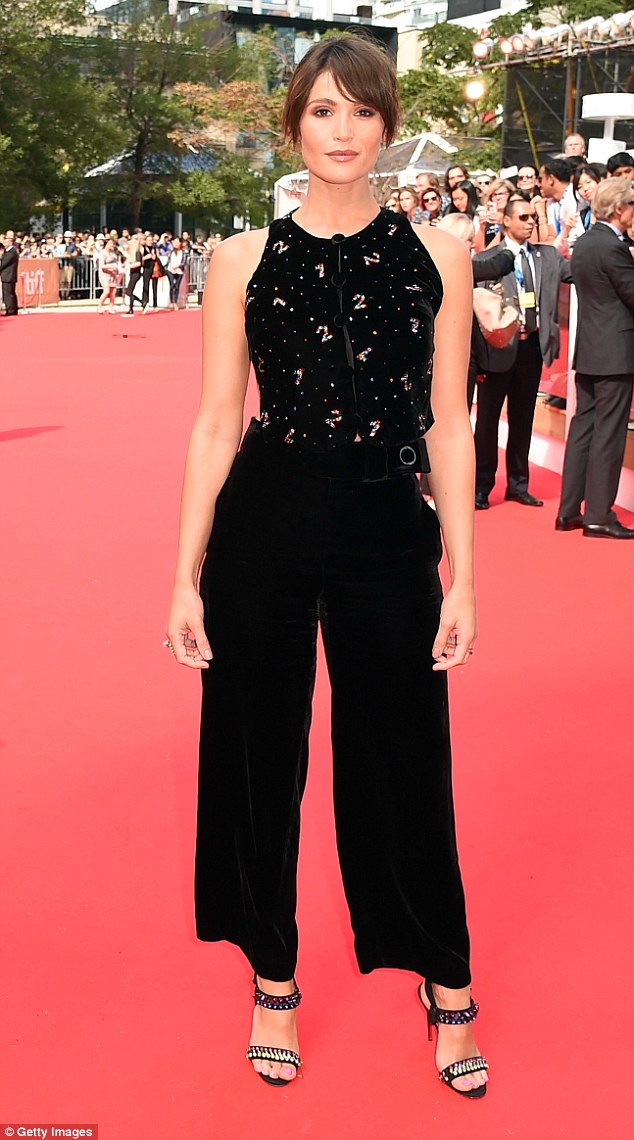 The English rose caught everyone’s attention in a striking combo of flared trousers and embellished crop top by Armani. The look, which taps into the season’s culotte’s trend, is all business in the front, and party in the back. It’s the cool girl’s answer to a black-tie dress code. We couldn’t stop smiling after spotting Miss Moneypenny in this rainbow-wave patterned dress by Mugler. Paired with Casadei heels and a Sophia Webster clutch, its inherent cheerfulness is so refreshing. 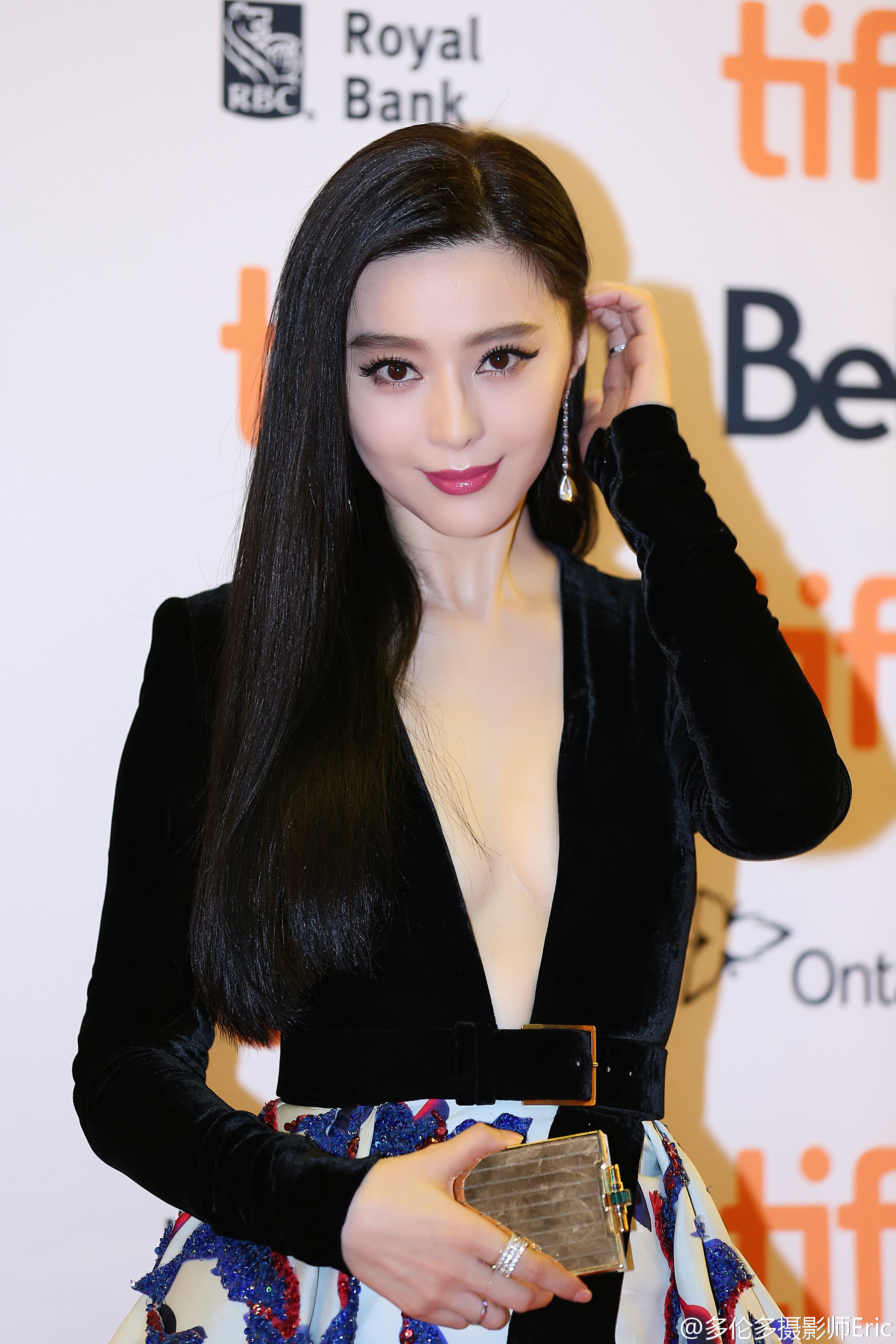 Fan Bing Bing, why are you so amazing? The Chinese starlet was the talk of the town in this plunging long-sleeved Elie Saab gown, featuring an organza skirt embellished with sequined blue and red birds. Choosing to wear her hair straight down, and sporting glossy pink lips and winged eyeliner, Fan’s one of the blessed few that can make a black velvet stop look this good. 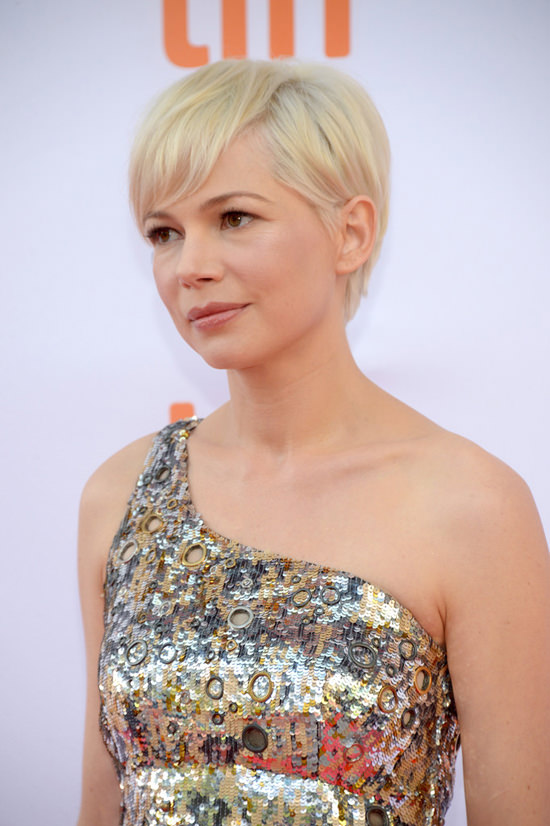 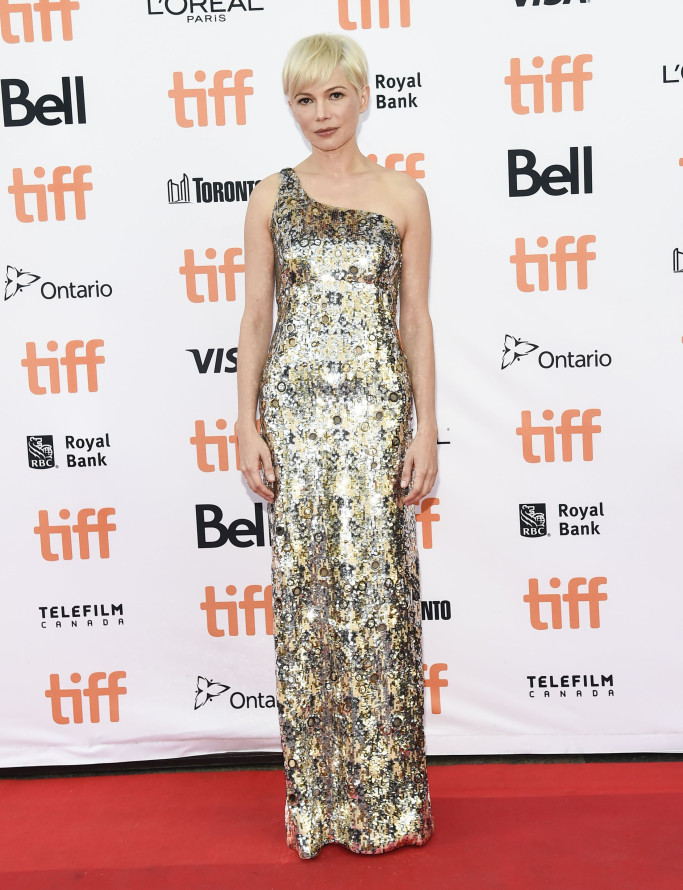 Already receiving Oscar buzz for her role in Manchester by the Sea, Michelle Williams upstaged her co-stars in this dazzling one-shoulder gown by Louis Vuitton. A far cry from her more demure red-carpet style, Michelle’s super-slinky look was a beautiful surprise.

NETIZENS CALL OUT CELEBRITIES FOR ATTENDING AWARDS IN TORONTO AMID ...