Canadian Prime Minister Justin Trudeau on Sunday toured the Taj Mahal with his wife and children as he began a week-long visit to promote trade and investment with India.

Trudeau, his wife Sophie Gregoire and their three children posed for a family portrait before marvelling at the legendary marble monument frequently visited by foreign leaders during roadshows to India.

It was Trudeau’s first visit to India since taking office in 2015. He will meet Prime Minister Narendra Modi, and efforts to expand trade will dominate an agenda also covering energy, education and infrastructure. 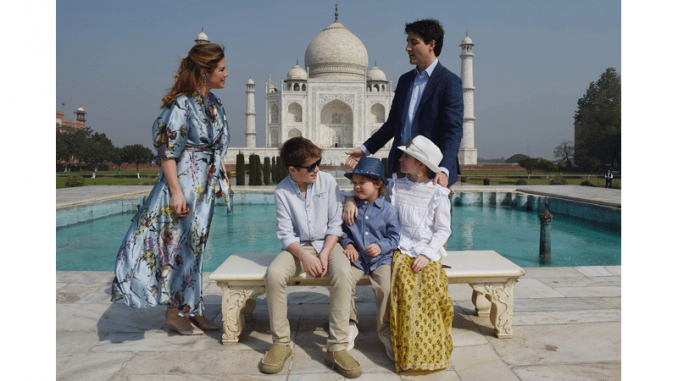 “Wheels up for India and a busy visit, focused on creating good jobs and strengthening the deep connection between the people of our two countries,” Trudeau tweeted before embarking on the trip.

Trade between Canada and India has doubled in the last decade to just over $8 billion in 2016, a figure which India’s foreign ministry says “does not reflect true potential”. 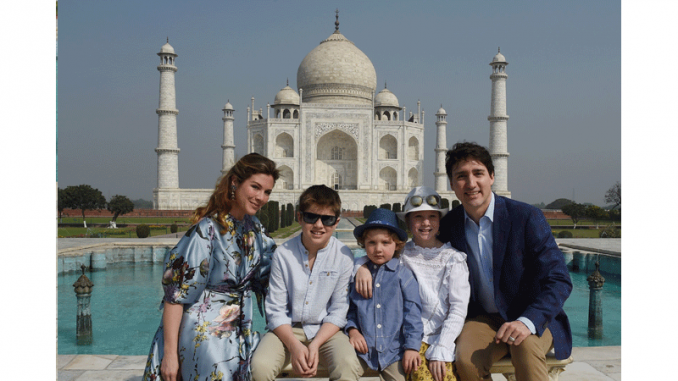 Canada is home to more than 1.2 million Indians – more than three percent of its population – and Trudeau is joined by Sikh members of his cabinet for the visit.

The delegation will walk a diplomatic tightrope in Punjab where Trudeau will visit the Golden Temple – the holiest site in Sikhism, and the scene of a bloody massacre of religious separatists in 1984.

For decades Sikh separatists have been agitating for an independent state, and last year Punjab’s chief minister accused Canadian defence minister Harjit Sajjan – who joins Trudeau on this trip – of being sympathetic to their cause.

Trudeau is scheduled to visit Modi’s home state of Gujarat on Monday before jetting off to India’s financial capital of Mumbai for talks with CEOs and business leaders the next day. 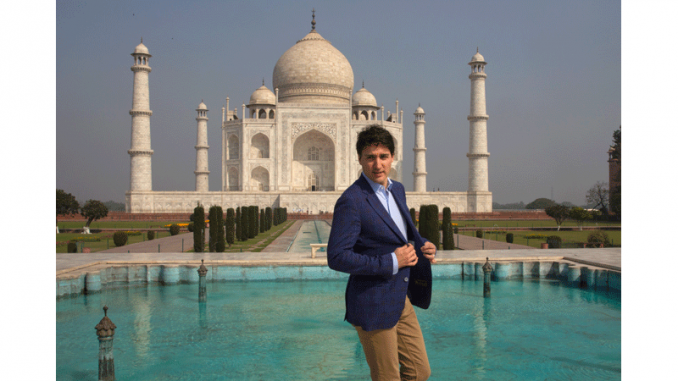 After visiting Amritsar in Punjab on Wednesday, Trudeau will meet Modi and Foreign Minister Sushma Swaraj in New Delhi following a welcome at the presidential palace and a wreath-laying at Mahatma Gandhi’s memorial. 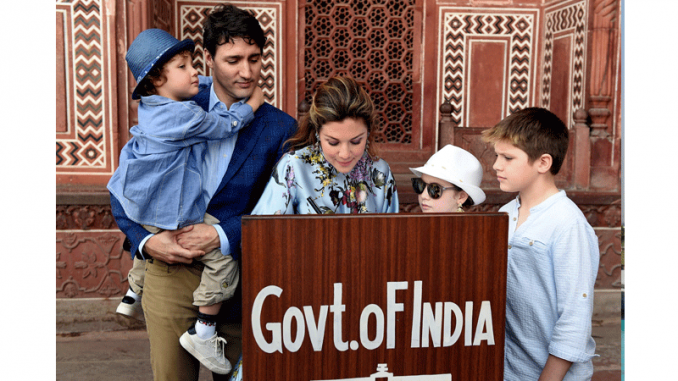 Modi visited Canada in 2015 and addressed a crowd of 10,000 from the Indian diaspora in Toronto.

Justin Bieber To Appear On Koffee With Karan During His Purpose Tour ...

Justin Bieber Has Landed In India