5 BOOK SERIES TO KEEP YOU OCCUPIED ALL MONTH 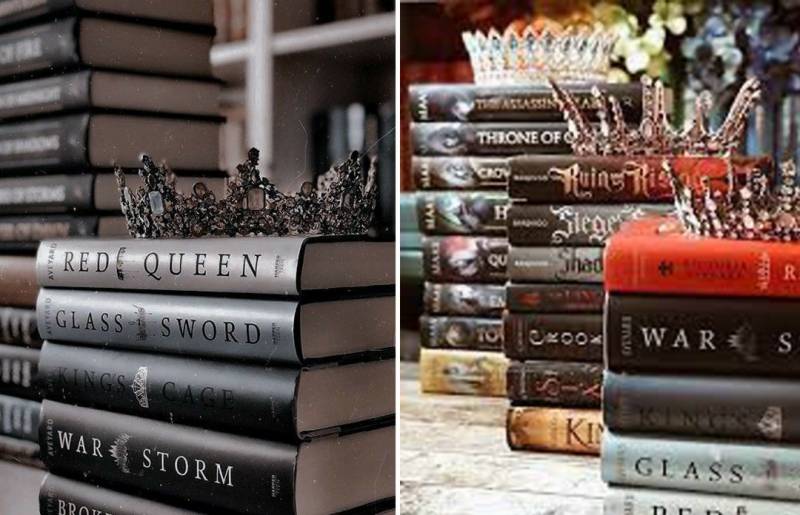 The summers have finally arrived and it's officially vacation time in Pakistan; if you feel bored and are not in the mood to watch more Netflix shows or movies. Here are 5 book series that will keep you occupied all summer long.

1)THE SHADOW AND BONE TRILOGY BY LEIGH BARDUGO

The shadow and bone trilogy is set in the nation of Ravka which has been torn apart by the shadow fold. This is a place covered in thick darkness overrun by flesh-eating monsters. The nation is still trying to fight against the monsters, but they don't know-how. Until a young girl stuck in a dire situation with a dying friend unleashes her unknown power. A power that can be powerful for Ravka. Soon after, she is whisked away from everything she knows into this lavish world unlike her own. But soon enough she realizes nothing is as it seems, and she is caught in a symphony of lies.

This book not only has an enchanting magical world, it also has elements of being caught up in the wrong situation, identity, and feeling out of place. It has themes of friendship, betrayal, lies, and power. Even though it is a fantasy book, looking deep into it, you'll see that it contains really deep messages and is relatable even in such a far-off reality. 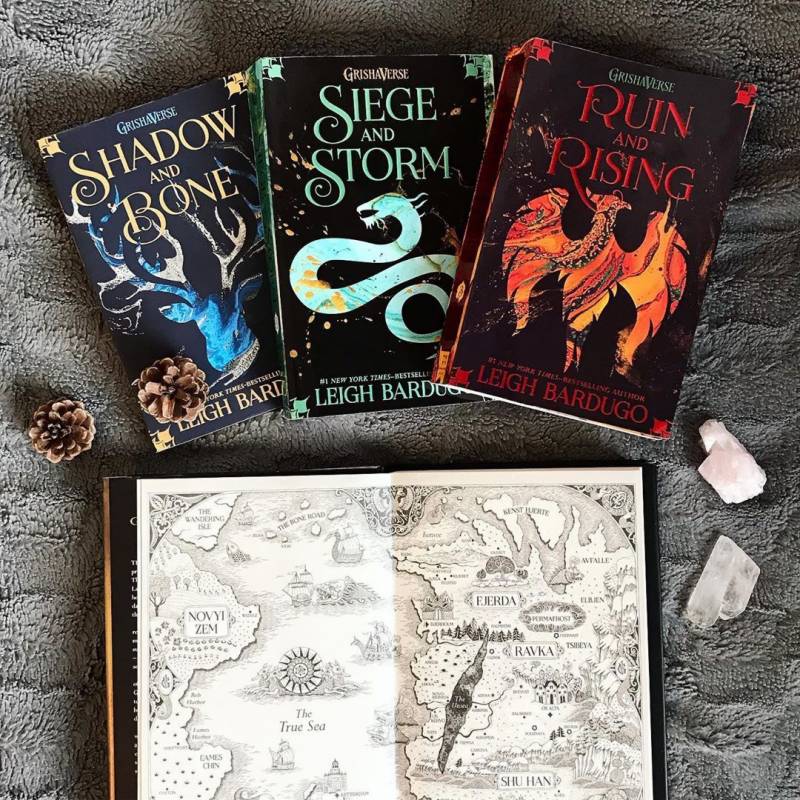 The skulduggery Pleasant is set in a world similar to that of Harry Potter: there is magic (not visible to the muggle eye), the magical beings are stuck in plain sight and there is a magical war all in plain sight. However, unlike the Harry Potter series, our main character is not a boy, and she doesn't live under the stairs. Instead, the main character, Stephanie, lives with her parents and is their only child - her uncle is a writer who she was close to until he mysteriously passed away.

His death opened her gates to the world of magic, and she became the sidekick of a certain skeleton detective. This world is wacky and even funny. Even the scariest moments can be turned into a punchline but at the same time, the magical world in this book has meaning and purpose. The main characters, the villains, and even the morally gray characters are done beautifully in a way that we can relate to many and hate many others.

This book has strong themes of found family, personality, and the darkness of power with a strong female teen character who is relatable and is constantly trying to find herself throughout the series. The series consists of 14 main books and two spin-offs. So it is probably going to keep you entertained for a long time. 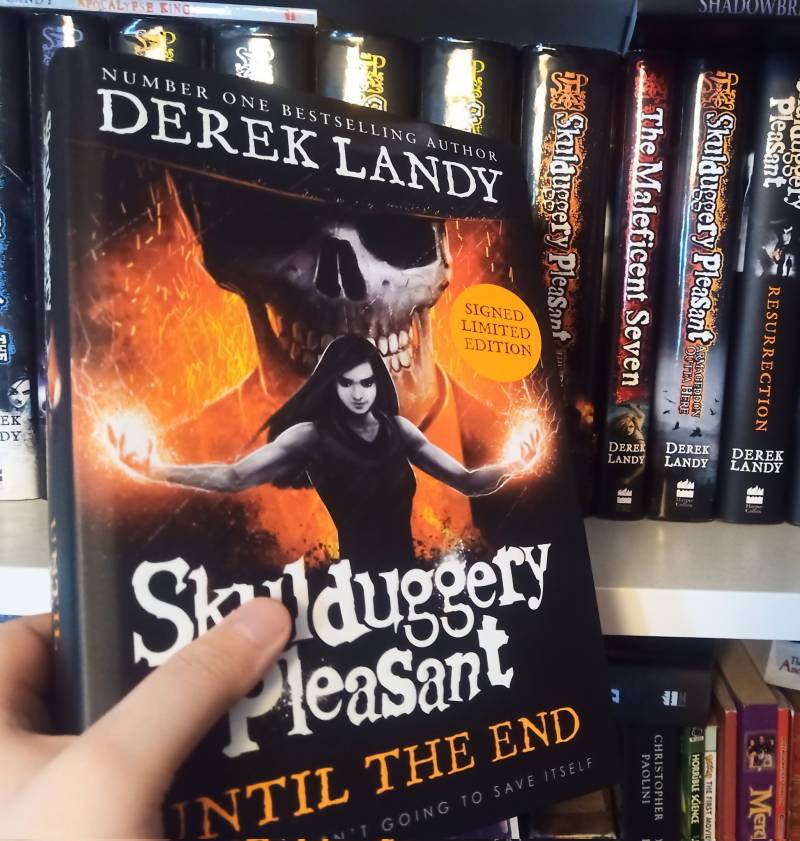 Jack the ripper easily went from an unknown serial killer, a famous historical figure to a legend who has been able to withstand the test of time. In the same vein, Kerri Maniscalo took Jack the ripper and many other villainous male figures of history from fairy tales or others and put them into the settings of her novels usually accompanied by strong female characters who defy norms of the time.

In the first book, we encounter Jack the ripper, as our main female character accompanied by a friend tries to figure out his identity. She in all senses of the word defies norms of the time with her wit and knowledge, especially with her knowledge of the human body and the dead.

This book has themes of enemies to lovers, broken families, and bonds between siblings. Amongst many others, the series contains four books and all books can also be read as stand-alone. This series is a very different from the usual fantasy series. 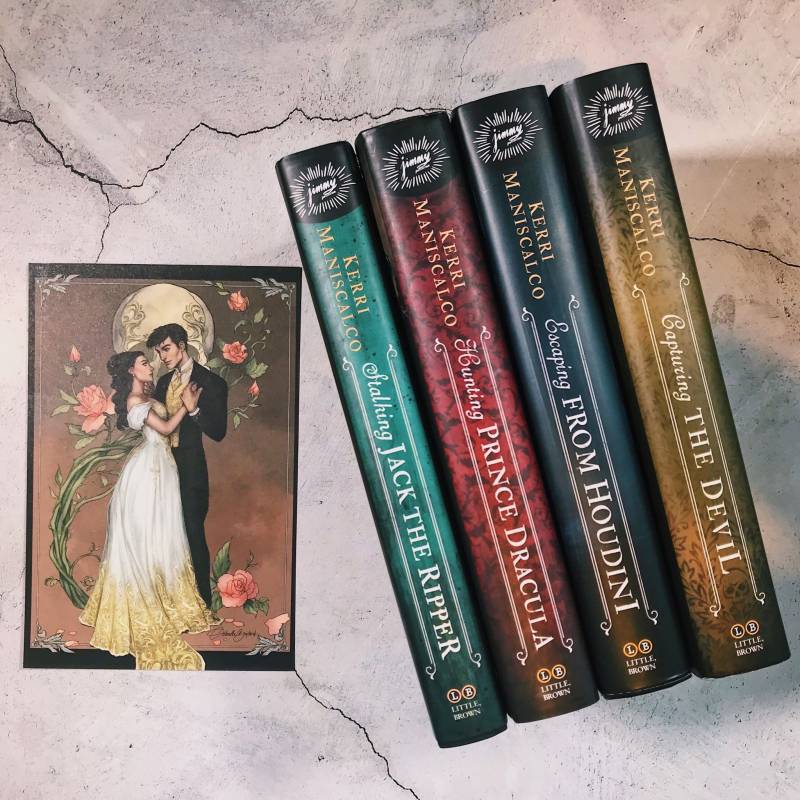 Are you one of those fans of Sherlock Holmes who has watched all the movies, the shows, and read all the books? If so, there is a spin-off to Sherlock Holmes which is different and has an interesting storyline on its own. The main character of this book, Charlotte, is the great-great-granddaughter of the infamous Sherlock Holmes and has gotten his wit, vice, and visions.

Jamie Watson the great-great-grandson of the infamous Dr, Watson and has a fascination with the Sherlock family who were always weird, but he knew that all too well. He has an interest in Charlotte, but she makes sure that she isn't looking for friends but when one of their peers gets murdered; a mystery straight out of one of the Sherlock Holmes novels has ensued and now it's up to Jamie and Charlotte to solve this mystery.

This book is a great spin-off to the iconic duo we all are familiar with, and this is a series which is bound to keep you entertained with all the mystery elements involved. The series has four books and all of them are page turners with their wits, mystery and teenage fun. 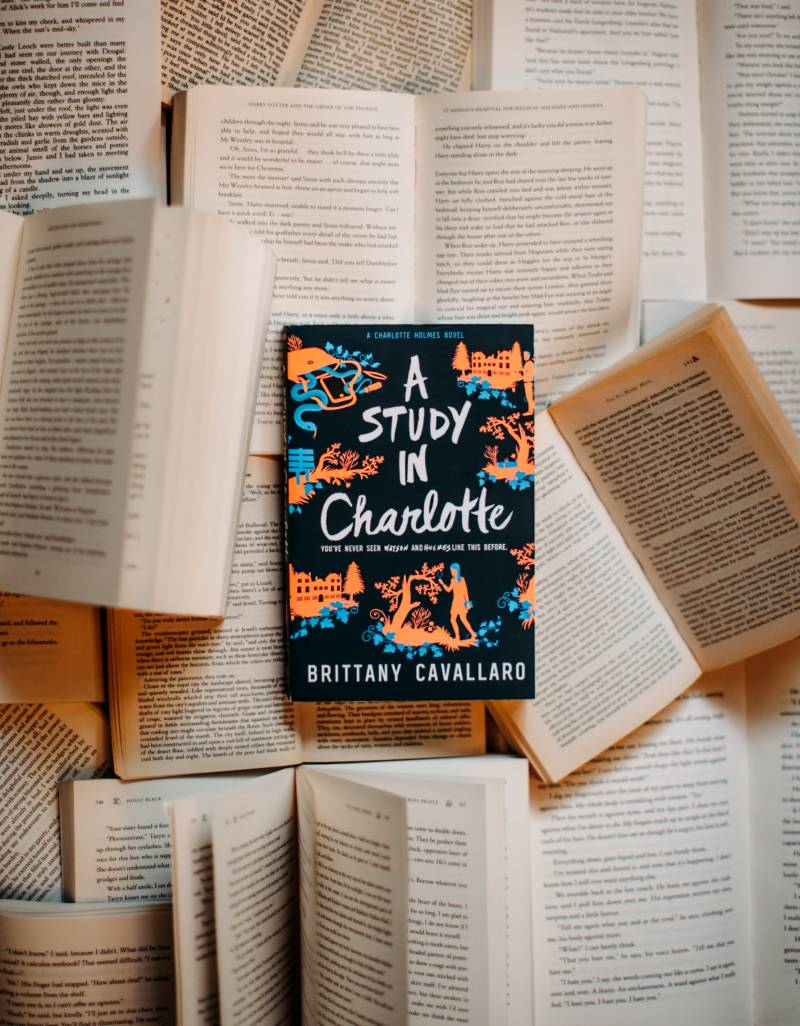 The world in this book is divided by blood: people with red blood serve the silver blooded elite who have supernatural abilities. Mare the main character is a red and is just getting by as a thief - but in a twist of fate she discovers she has a power of her own and somehow through a net of deceit she ends up in the court and becomes an elite.

Posing as a lost silver blood princess and betrothed to the prince. She is using her power to help facilitate a growing rebellion of the red-blooded but things don't always go as planned. She is treading a dangerous line, and one wrong move can get her and many others killed.

This series has a rich world and an even more in depth story line. The characters make this series even more fun to read because of how attached you’re likely to be to every single character. 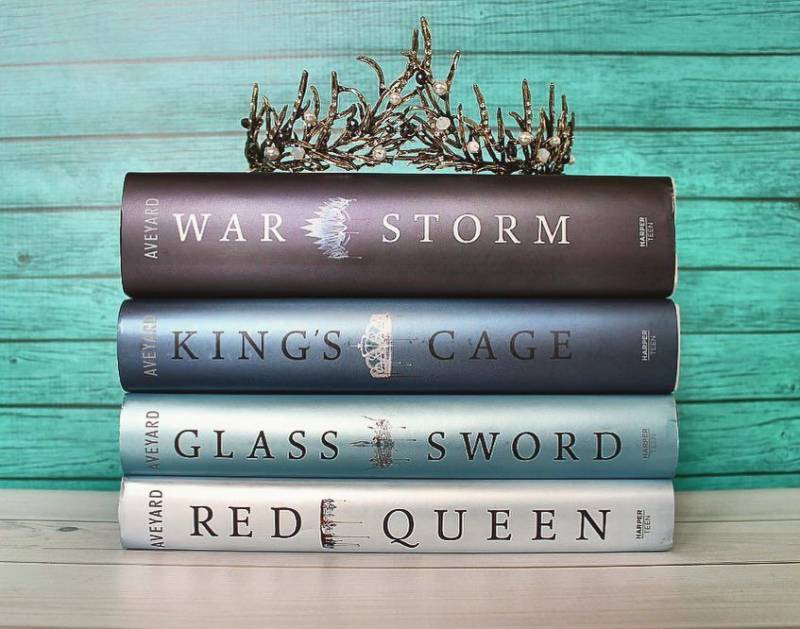 Five Things To Do To Keep Yourself Occupied During Isolation

The Wedding Book: Everything You Need to Know to Plan Your Wedding

Markings 'Khudi' Publications' New Book Is Retro Rejuvenation In One ...