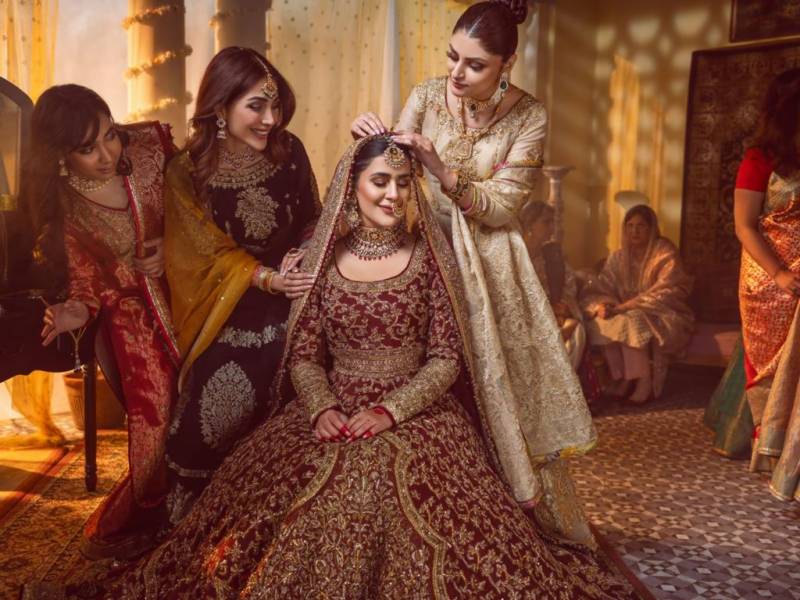 Fahad Hussayn is one of the leading Pakistani fashion designers with a fashion label that is an epitome of grace, beauty, and class. The high-end fashion label offers luxury bridal trousseau collections and has been a ruling name in the industry for two decades. The haute-couture designer is well on his way to becoming the game-changer in the fashion industry after his latest bridal collection launch film ‘Domestic Janjaalpura’ which is making waves on social media for highlighting an increasing societal evil ‘emotional abuse’ which is generally brushed off by bystanders and family members as a trivial matter and is not categorized as a legitimate form of abuse. 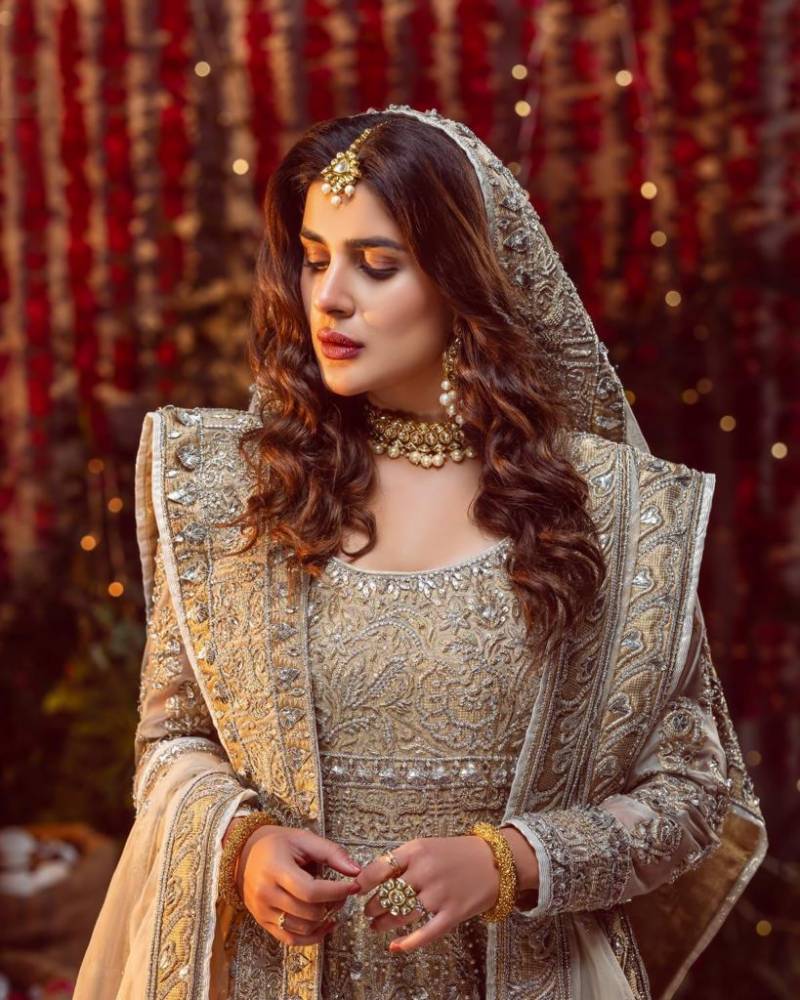 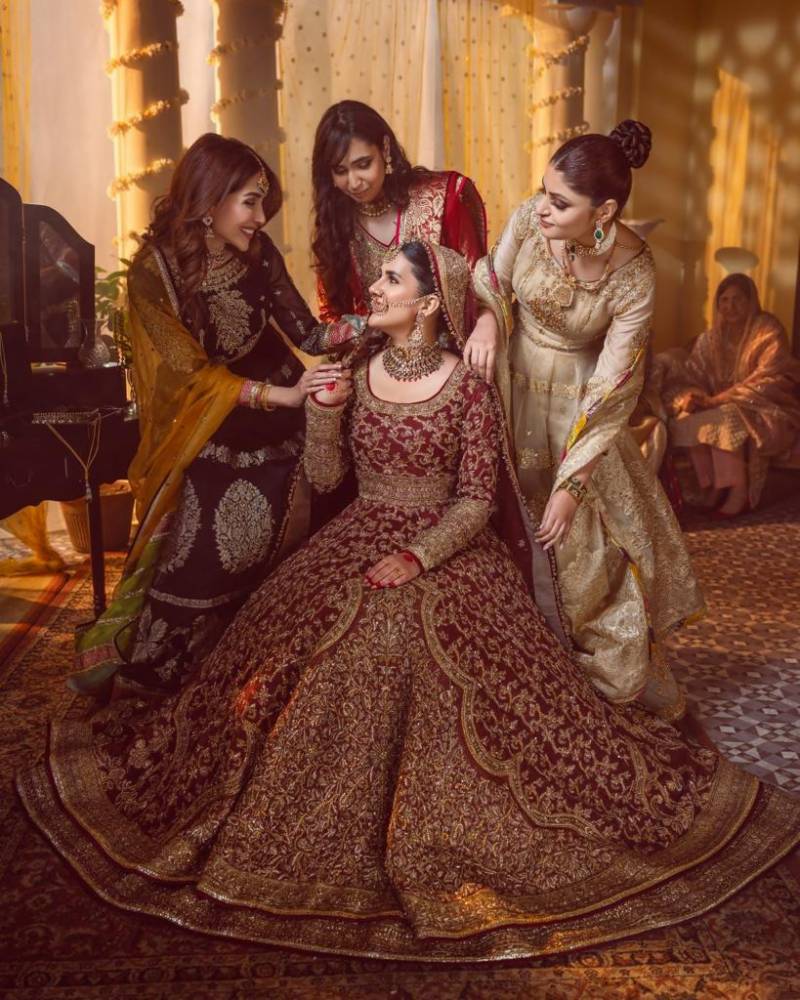 Domestic Janjaalpura features the uber-gorgeous Pakistani actress Kubra Khan as ‘Rehmat’. Khan is playing the role of a girl who is getting married for the second time. Hussayn’s bespoke bridal collection for the year can be seen shining through in the film. Each scene showcases the different outfits in a way like never before. From the semi-formal peach and violet ensemble, Kubra dons in her meeting with her soon-to-be husband to the pretty dresses her family is wearing, one cannot stop drooling over each outfit in the scene.

The short film features big wigs from both the film and fashion industry, from Kubra Khan as Rehmat, model Aimal Khan, and the gorgeous Sabeeka Imam, amongst others. This is an effort from the designer to empower women and is targeted toward the changing narrative that has been embedded in our society for eons. 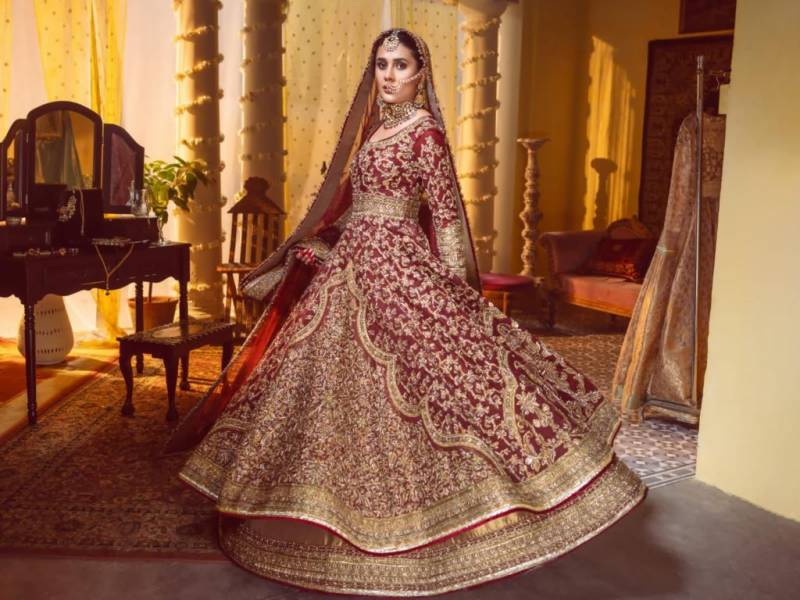 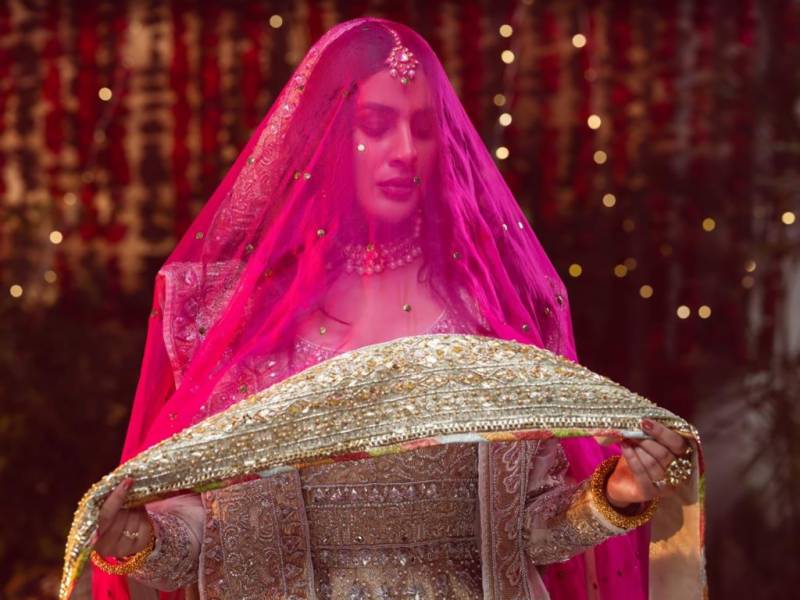 Sabeeka Imam plays Rehmat’s sister who has just returned home after walking away from her emotionally abusive marriage, the film highlights the various devices the society imposes on women in such circumstances. She is repeatedly asked by her own brothers to ‘adjust’ and ‘compromise’ as that’s how the majority in the country have made their marriages last. Sabeeka clad in a stunning bottle green formal embellished with intricate gold embroidery and zardozi work finally decides to give her brothers a piece of her mind. We love how the film empowers women and shows us how a woman has the right to walk away, she does not need to tolerate abuse in any form be it mental or physical. Sabeeka as Areej portrays that every woman has the right to do what makes her happy and no one deserves to live a life full of misery, pain, and an emotionally or physically abusive toxic relationship. 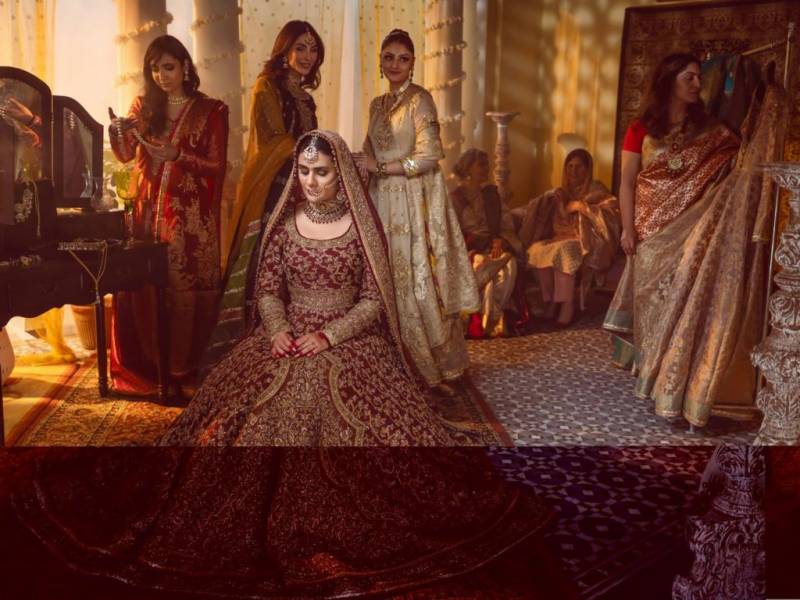 It is highly motivating to see a top-notch designer, Fahad Hussayn couture talk about emotional abuse and second marriages, these topics clearly need to be normalized in society and accepted too. If only more people understood the plight of women who fall victim to emotional abuse, the world definitely would be a much better place. 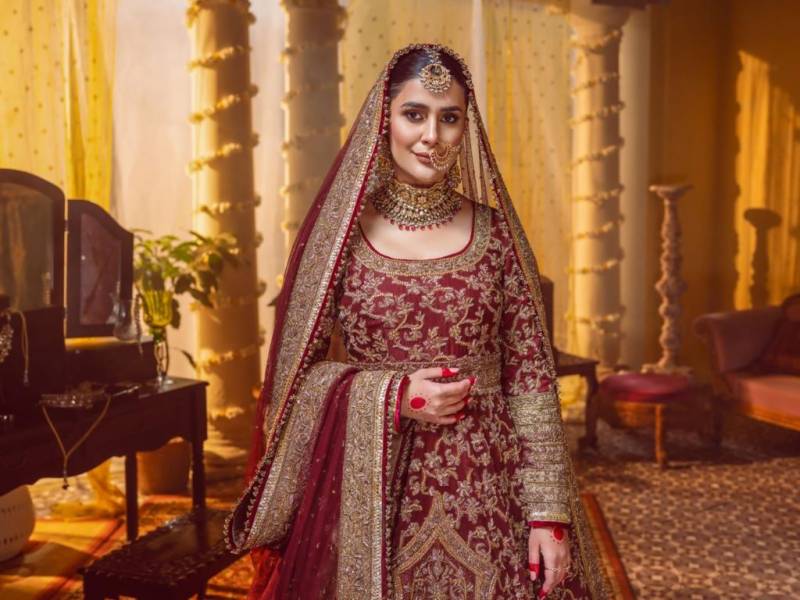 Fahad Hussayn also normalizes failed marriages as the movie portrays Rehmat’s second marriage by giving her full freedom to celebrate getting out of a toxic relationship and finding the right person to get married to again. It depicts that a toxic relationship is uglier than most would care to think, and how failed marriages can destructively impact someone’s life. Normalizing it can make victims of emotional abuse just like Areej. 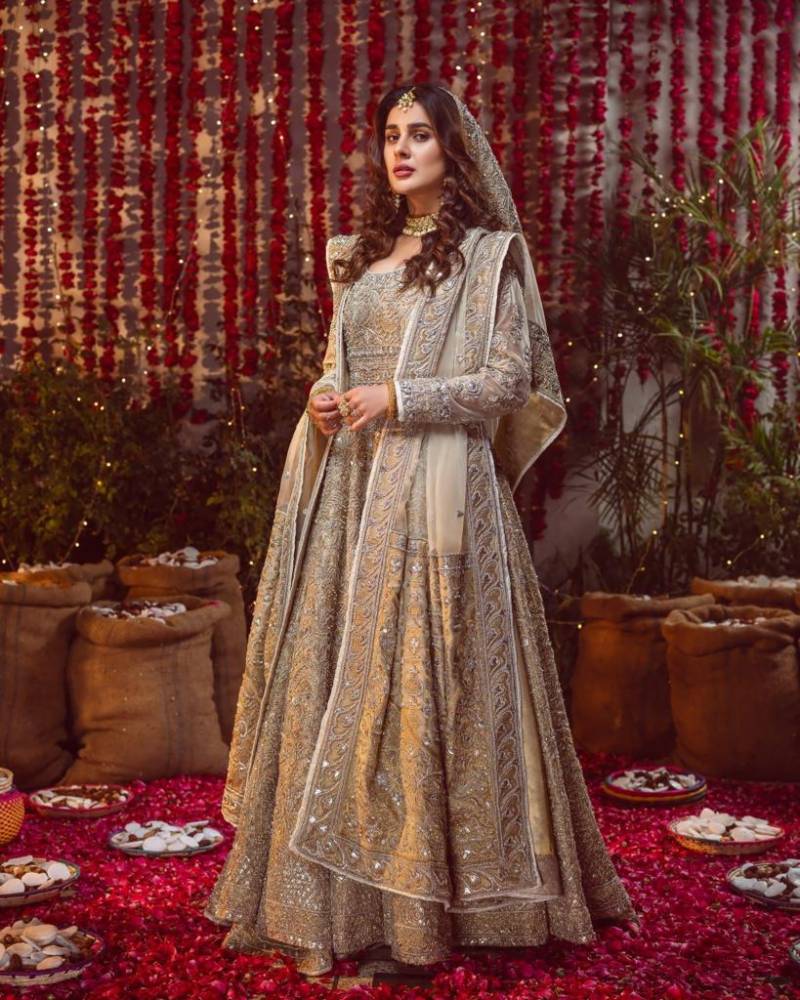 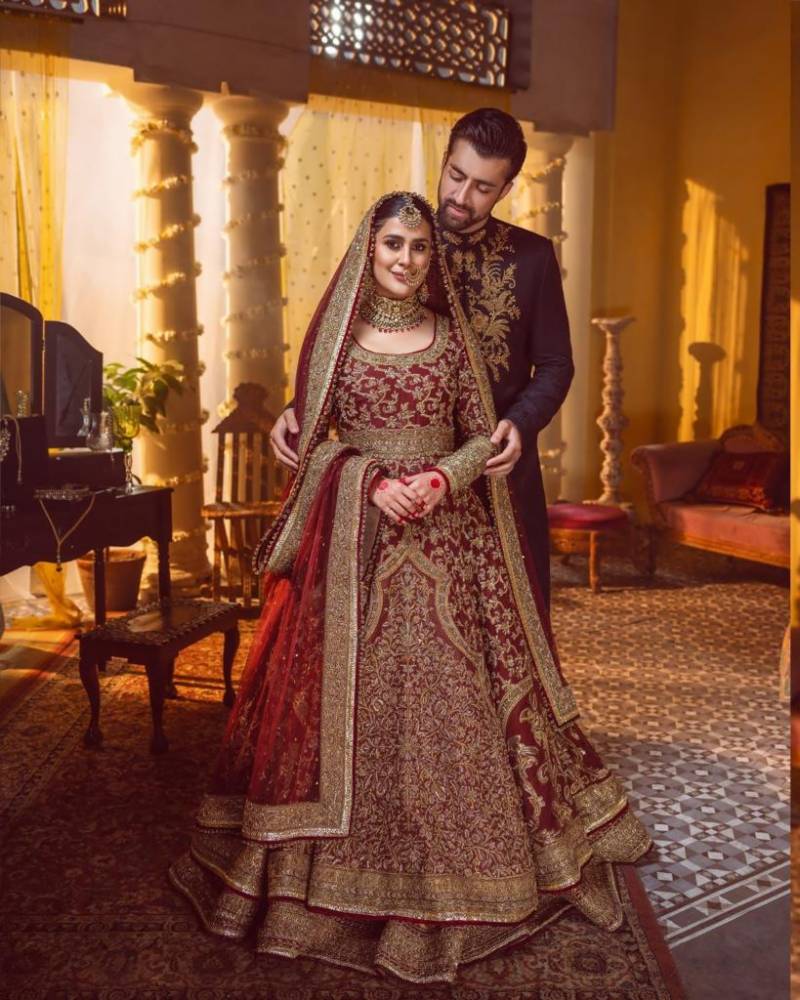 Fahad Hussayn’s label works towards creating a craft that is modern yet quintessentially traditional. The mix and intricate blend of their signature embellishments with heirloom craftsmanship using threads, zardozi on custom-made work and luxurious heirlooms are unmatched. The breathtaking designs in exuberant fabrics are a must-have for this wedding season!

National Commission on the Rights of Child and Goodwill Ambassador ...

#JusticeForZainab: Celebrities Come Together To Raise Their Voice ...