Mehreen Jabbar On Her New Web Series, Working With Umera Ahmed After A Decade And Her Take On Ban Culture

'For me it's important that actors should fit the role. I am not interested in casting stars or people with spectacular Instagram following or likes' -   Mehreen Jabbar

Among all the great visionaries, who helped shape the Pakistani drama and film industry, Mehreen Jabbar’s name remains at the forefront. With a career spanning over two decades, Jabbar is a veteran who has given us dramatic projects like ‘Daam’, ‘Doraha’ and films like ‘Ramchand Pakistani’, both small-screen and cinematic projects that set her apart from the rest. Her gritty, hard-hitting narratives have garnered both critical and commercial success. For the director and filmmaker’s next project 'Ek Jhooti Love Story', we will see her teaming up with acclaimed author Umera Ahmed after a decade, with whom she worked on a number of hit dramatic projects.

Catch H! Pakistan in an exclusive chat with the director, filmmaker as she gives us insight into Zee5 Global's much-awaited ‘Ek Jhooti Love Story’ which boasts a stellar ensemble cast with Bilal Abbas Khan and Madiha Imam in the lead, along with popular artists like Kiran Haq, Hina Bayaat, Mariam Saleem, Beo Raana Zafar, Mohammed Ahmed and Fawad Khan. 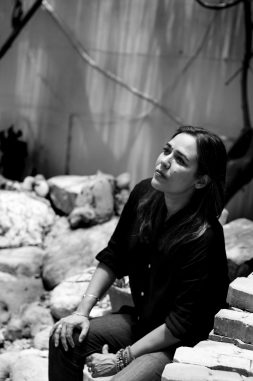 You had the honour of being part of veteran actress Khalida Riyasat’s last project before she died. This also happened to be your first project to go on air. How do you feel about that?

Yes, it was the first of my projects that went on air and it happened to be her last; after 8-9 months she passed away. This is bittersweet, as the project was called Ab Tum Jasaktay Ho. It was Humayun Saeed’s second play and had Sania Saeed as part of it also. I was devastated when I heard about Khalida’s demise just months later.

As a producer and filmmaker, do you feel you have a responsibility as to how you are portraying a story, a character or influencing the society as a whole?

I think it does. But at the same time, a storyteller is someone who wants to tell a story, so there shouldn't be any kind of pressure as to how they are portraying their story. However, I do feel it comes with responsibility. For example, don't encourage violence, sexism, racism and anti-religion or anti-sect elements. This makes for a general barometer of responsibility. But at the same time a filmmaker should have the freedom to tell the stories.

What is your process of vetting through your projects as a director? What is something that you will not show or portray in your films at all.

Let’s say if I have a character, a woman that is shown as weak and vulnerable, so I will study the character, closely examine her and see how she can be transformed and portrayed as someone who grows stronger in the storyline. For me, characters which do not change are stereotypical characters without any dept. A lot of our characters tend to be black and white and I don't believe in that. I believe every character has shades to them, they can be grey. Every person changes with time and has a 3D personality. 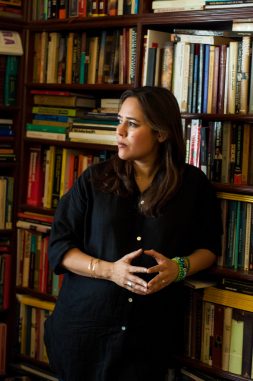 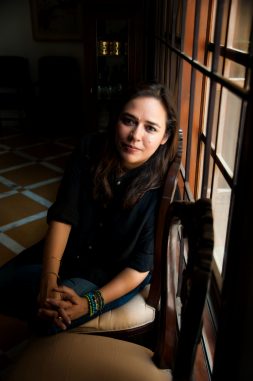 What is your take on the ‘ban culture’ that is rampant in our media scene right now?

I am not in favour of banning anything unless it is propagating violence of any kind or against particular people. Or spreading any form of negativity about things. You can't just ban things because you don't agree with it - you don't get to decide that on behalf of the masses. Instead of banning you should encourage different voices, different kinds of content to be aired so that people themselves can make the choice. You can choose to change the channel, choose not to see it on your laptop. Remember the choice lies with the people. Don't think banning is ever the solution to anything.

How were you roped in for ‘Ek Jhooti Love Story’?

Zee5 and the Motion Content Group who produced it approached me with a script that Umera had written and asked me to give it a read, saying they think I can portray this story in the best way. Umera Ahmed and I had not worked together on a project in 10 years since 'Daam', 'Doraha' and 'Malal'. I wanted to work with her again and this again was a very different genre. It is more of a social-comedy. It very nicely came together.

Give us some insight into the storyline?

It is a story that lives through different themes and is about people creating different avatars and personalities on social media. It is about the culture of rishta and the kind of people you want to take as best partners for your daughters and son, sometimes along with unrealistic expectations. You will also see the whole parading of women and men for rishtas and the rejection and acceptance. It is about middle class aspirations portrayed through social comedy. 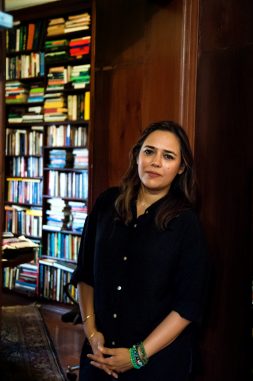 Walk us through the casting process of the project?

I had a huge part to play in the casting as a director. The main thing was that all the actors should fit the role. I wasn't interested in casting stars or people with spectacular Instagram following, likes.  Bilal and Madiha are part of the ensemble, but apart from them there are many other characters. Both of them were very easy to work with and dedicated to their craft, always on time. There were no nakhras and there was no toxic work environment. They were always respectful, excited and with total commitment to the work. There was no distraction. It is very important that you know what you’ve come to do and do that and have a lot of fun doing it. Madiha and Bilal are a good addition to the upcoming, young batch of actors. My entire takeaway from the project is the  feeling of camaraderie and teamwork - from the cast to the crew and we all really got. The process is as important as the end product.

Lemon Max Bar Web Series Are Bringing a Lighter And A Happier Closing ...