Prince William and Kate Middleton, the Duke and Duchess of Cambridge, were given a ceremonial welcome to Canada by the Canadian Prime Minister Justin Trudeau and his wife Grégoire Trudeau when they touched down in Vancouver on Saturday. 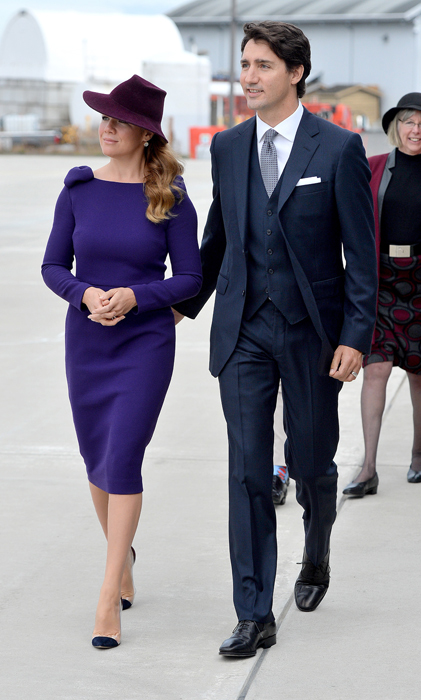 The politician and his wife exchanged a few words with the royals on the tarmac with Mr Trudeau bending down to speak to a slightly shy Prince George. The three-year-old shook his head as Mr Trudeau extended his hand towards him. 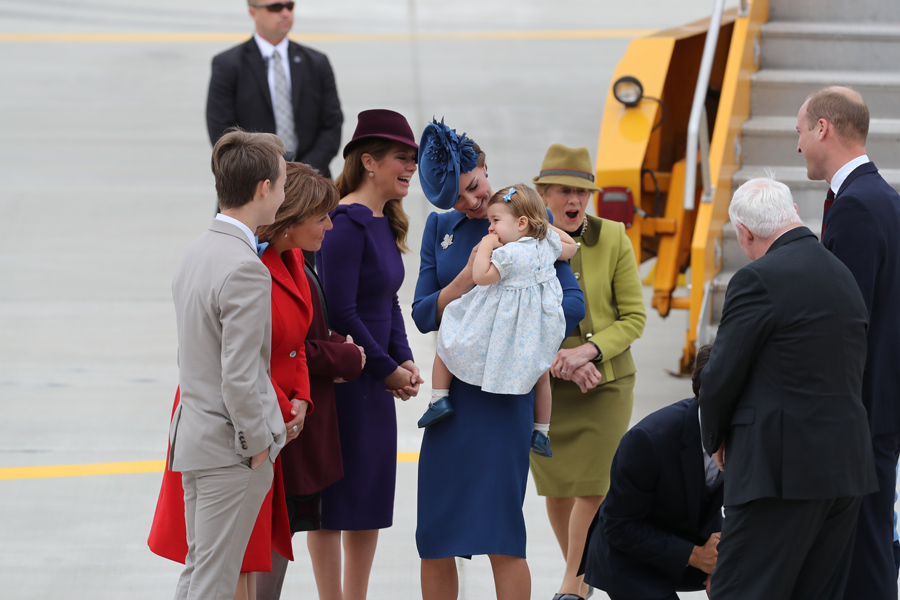 Both Kate and Sophie matched each other in elegance and style, going for blue dresses and completing their attire with hats.

The group that was joined by other leading dignitaries, then travelled to Government House where the royals settled their children Prince George and Princess Charlotte and moved towards the official welcoming ceremony at the Legislative Assembly of British Columbia.

William and Kate paid respects at Victoria's Cenotaph followed by paying tribute to the Canadian veterans who were involved in the Afghanistan conflict. The Duke added that both he and Kate were 'delighted' to return to Canada, the country they first toured as newlyweds a few years ago.

"We are so pleased that George and Charlotte can be with us... beginning their own lifetime of friendship with this wonderful country," he said. "Catherine and I have asked to meet as many people from as many walks of life as we can while we are here."

Kate Middleton Makes Her First Public Appearance Since Announcing Her ...