Brexit polls came in last weekend followed by the resignation of Britain’s Prime Minster, many major shifts in our global community leads to an air of ambiguity. Some are disheartened and the rest of 51.9% are probably rejoicing the decision that is still yet to be ratified. There is said to also be a lot of economic and political shifts, some may also rummage in collateral but there is one undeniable factor that cannot be altered with a simple referendum and that is the European cultural influences that have been imbedded deep till the hadal zone of what is now modern day Britain.

Over the years no matter what the global political turmoil suggested Britain’s relationship with its fellow fashion capitals was barely strained, instead it flourished and produced quintessential trends that we religiously follow today. Up till now Britain and European fashion always shared the same category and the question arises if Britain will seek independence in terms of style as well? Yes we can only grieve the demise of this union but let us preserve the major iconic and historic fashion events by studying the everlasting bond of trend and fabric.

By the mid-sixties, the flared A-line was in style for dresses, skirts and coats. Slim fitting, brightly coloured garments were sold cheaply in boutiques all over 'Swinging London' and had tremendous influence throughout Europe.  The flamboyant look was in, signaled by wider trousers and lapels, like those belonging to the blue checked Tommy Nutter (UK designer) suit seen below. However Paco Rabanne (Spanish designer) pioneered dresses made from plastic discs and metal links which looked more like sculpture than clothing, both of these striking influences can be seen as one of mile stones of European fashion in the 60’s. 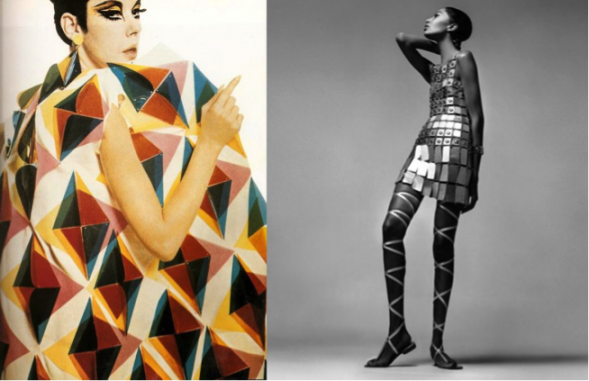 Another important Continental influence was Italian design, which from the mid-1950s had inspired a smart, sleek look particularly in menswear. Mods in Britain insisted on tailor-made attire, choosing materials and cut for maximum impact.

In the 1980’s, with the rise in professional women and a British female Prime Minister power dressing came to the fore front. Suits were beginning to be seen as social wear and the sharp padded shoulders were a necessity creating a strong silhouette. Bright colors and neon’s were seen on dresses made out of taffeta fabrics with oversized bow detailing while bold prints were used on oversized T shirts and dresses. Soon this concept was adapted by French designer Christain Dior and Spanish designer Cristóbal Balenciaga. 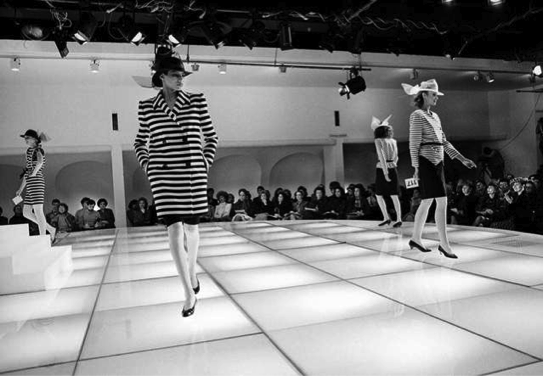 The 1990’s was the decade of the supermodels when fashion models such as Kate Moss (British) , Claudia Schiffer (German) together swept the European fashion industry off its feet. It was also referred to as the decade of anti fashion characterised by minimalistic styles and many overlapping, often contradictory trends. 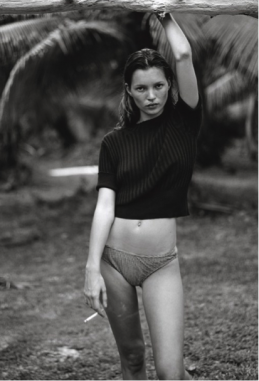