In honour of the legendary singer, Noor Jehan, Google dedicated a doodle in her honour on what would have been her 91st birthday today.

The doodle features a caricature of Noor Jehan wearing a purple attire with a flower perched on her hair, heavily resembling her Dildar Sadqay Lakh Waar Sadqay performance on PTV. 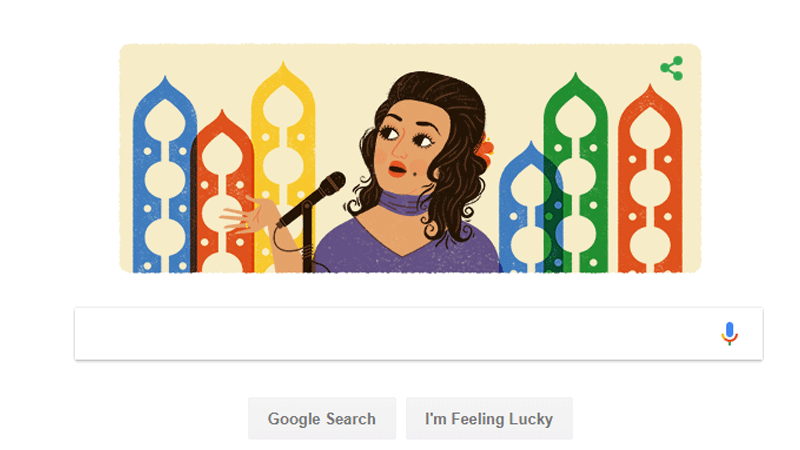 She was renowned as one of the greatest and most influential singers of her time in South Asia and was given the honorific title of Malika-e-Tarannum.

She recorded about 10,000 songs in various languages of India and Pakistan including Urdu, Hindi, Punjabi and Sindhi.

Google Pays Tribute To Mirza Ghalib's 220th Birthday With An ...