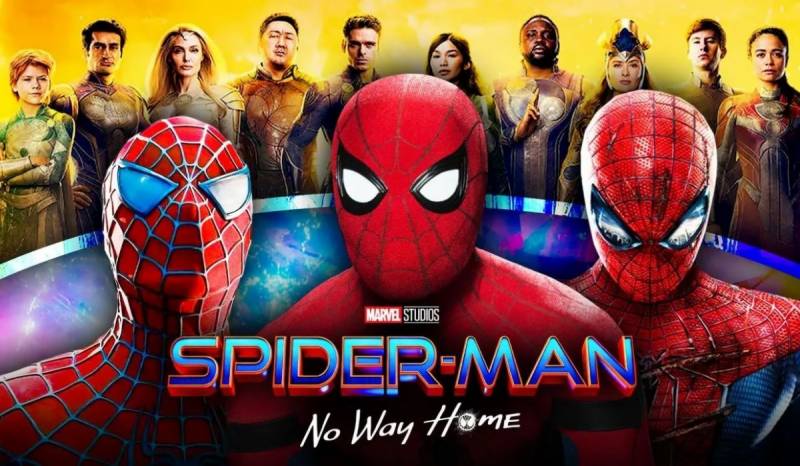 Confession: Having never watched Spiderman, the FOMO (fear of missing out) fervently forced a reaction on the viral, though regretfully over-revealing trailer of Spider-man: No Way Home.

Created by Chris McKenna, No Way Home (2021) is Marvel Cinematic Universe’s (MCU) twenty-seventh film and the sequel to Spiderman: Homecoming (2017) and Spiderman: Far From Home (2019). Directed by Jon Watts, it is set for Sony to release on December 17, of course only its release isn’t delayed like its trailers were. UHH ring a bell? The trailer reportedly suffered delays due to strife between Sony and the Walt Disney Company over its screening of previous Spider-Mans: Tobey Maguire and Andrew Garfield.

Oh no! Spider-man No Way Home hallmarks Holland-aise with a side of Garf and Mag? Yeah yeah! You already knew, thanks to some social spiders streaming on the web.

Some of the rest of the cast - there’s no secret here, though - constitutes Zendaya as Mary Jane, Jamie Foxx as Electro, Alfred Molina as Dr. Octopus, and Benedict Cumberbatch as Dr. Strange.

Dumping these details to the side, let's dive into our takeaway that had me say - or scream - Dear creators, Thanks for the spoilers! It's like the whole story is set before the audience, reminding me of that Indian movie Ek Villain: every single song released prior to its premiere, revealed a different aspect of the film, eventually leaving no suspense for fans to fall onto.

Anyway, webbing back to the trailer here’s what we know: Peter Parker (who's currently claiming his smooch story with Zendaya is far too private for him to go public about) has his identity bare before the world, bringing him to “botch up” a spell in the name of resolving this; his solution, by the way, is having everyone forget he’s spiderman, signaling us to circle back to his relationship where he reveals too much and then regrets too much. Hey! isn’t spider-man an extension of Holland’s real-life characterization; kudos to the casting team and creators!

Subsequently, their universe receives multiverse ‘visitors’ a.k.a villains, whom by the way, the creators spared no second to reveal. Hereon, we see the return of Electro, Green Goblin, Sandman, and Lizard. Have the creators just thrust every Tom, Dick, and Harry they could within this sequel? This reminds me: all three Spider-man's will also pop in side-by-side in a never-before occurrence.

Marvel may be trying to marvel us, but seriously couldn’t secure some - or any - suspense!

The trailer’s Dr. Octopus’s four-word phrase, ‘You’re not Peter Parker’ blatantly blurts it all away: we know the other spiderman’s who really took a dive for our dil ka chain will be starring or coming in as cameos. But we arguably knew this from way before.

Anyhow, the trailer nears its ending with Parker expostulating ‘this is all my fault I can save everyone,’ followed by Zendaya as MJ falling off a building. Now we see some repetition or imitation of the scenes from the previous spider-mans and we’re just contemplating the lack of creativity or deliberate troops to diligently hint at the resurrection of previous Spider-mans.

All in all, while the teaser preceding this trailer tragically gave away all of Peter Parker’s problems this one focuses more on what manifests because of those problems that Spidey allegedly resolves or quite frankly, clearly exacerbates. What they’ve left for us to find out and actually watch the film for are answers to the following: How do these 3 Spideys unite? Will only one get to fling, the rest will just swing webs and save lives? How will they defeat villains from the multiverse?

Don’t get me wrong, I love Spider-man, even when real-man Holland is harping about his relationship, but the trailer just gave too much away. In fact, it was enough for me to skip the movie altogether and reach out for a critical review: who knows? Maybe it’ll be written by yours truly!

COULD SPIDER-MAN NO WAY HOME MAKE A HOME IN OUR HEARTS?

Halle Bailey Cast As Ariel In Disney's Live-Action 'The Little ...