Canadian Professional Tennis Player Bianca Andreescu In Her First Ever Interview With H! Pakistan Ahead Of The US Open

Bianca Andreescu shot to global stardom after beating Serena Williams in the finals of the US Open last year. She became the first Canadian to win a tennis Grand Slam and the North American nation were quick to rally behind their new champion bestowing her with a title #SheTheNorth.

She shot from 154 in world rankings to world number four within a single year having a perfect 8-0 record against the world’s top 10 players. One year on, from her career high win at the Flushing Meadows, Bianca has decided to withdraw from the tournament in New York due to her personal match fitness and the uncertainties caused by the global pandemic which has also seen the men’s defending champion Rafael Nadal pull out from the tournament.

In an exclusive interview with Altamish Jiwa for H! Pakistan the 20-year-old champion talks about her meteoric rise to the top, her desire to be amongst one of the greats of the game and importance of being kind and compassionate. 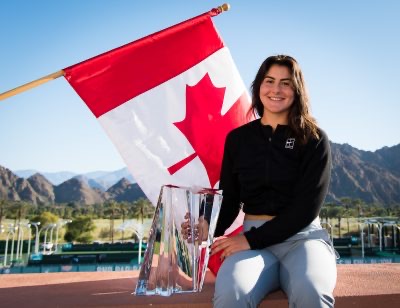 It’s almost a year since you won the US Open – how long did it take for the excitement and the joy to sink in? How has your life changed both personally and professionally since then?

It honestly took a couple days for it to really sink in. Everything was such a whirlwind when it first happened, that it really wasn’t until I was back in Toronto and had a moment alone to really reflect on what happened, that it hit me. Winning the US Open has always been a goal for me so to see that dream realised is never lost on me, I am still blown away by it.

The biggest thing that has changed for me (in addition to being so much busier!) is hearing from fans about how this win specifically has inspired them to chase their goals and never give up. To know that I’m making a difference in the lives of others means the world to me.

How did it feel to be the first Canadian to win a Tennis Grand Slam that too simultaneously with the Raptors winning the NBA Championship? How special did it make you feel when the entire country embraced you and honoured you with your very own hashtag #SheTheNorth?

I was so honoured to share the spotlight with the Raptors and to represent Canada alongside of them. I think too often Canada is counted out, but 2019 proved to be an incredible year for Canadian sports and athletes and there is so much more to come from us. This is just the beginning!

I was so overwhelmed by the outpouring of love and support from this country and every time I see the #SheTheNorth hashtag, it always brings a smile to my face and brings back so many unforgettable memories from that time in my life. I am proud to represent Canada and cherish all the love and support I have received! 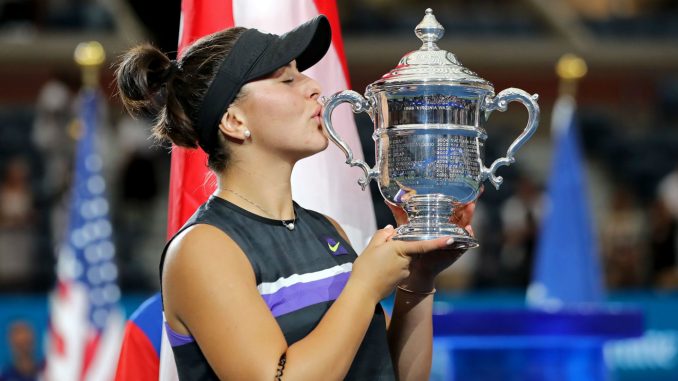 Serena Williams and Billie Jean King had some of the nicest things to say about you even before your big win.  How much do you cherish and value such gestures coming your way from the greats of the game?

It’s an indescribable feeling! Both Billie Jean King and Serena Williams are people that have been true pioneers and trailblazers in this sport and have made it possible for me to be here today and accomplish all that I have so far. I admire their careers and what they have been able to accomplish both on and off the court and I am forever grateful to them for their journey and opening doors that were otherwise closed to women in this sport.

In one of your interviews with CBC you spoke about taking the higher road and not fighting back in response to the comments made by Kerber and we all saw you comforting Serena at court side when it was actually your time to celebrate one of your biggest victories pre US Open – what has made you so compassionate, empathetic, forgiving, grounded and so mentally strong from such a young age?

It's just the way my parents raised me. From a young age they instilled in me to always be kind and compassionate to others and to be open to listening to others. It’s something that I try to live by every day, regardless of where I am or who I am with. The world needs more kindness and love. 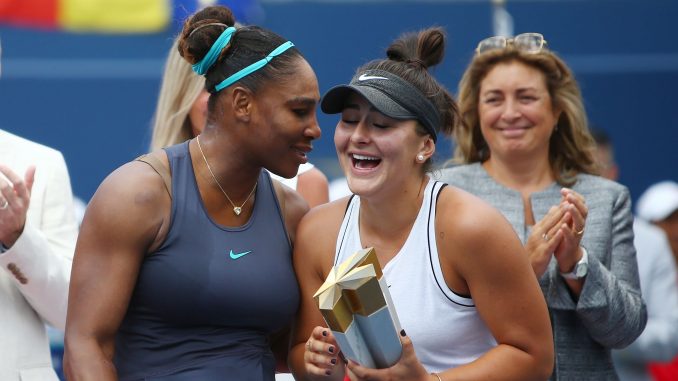 You talk about meditating, creative visualization and meeting a psychologist have played a part in your success, how much of these practices are an important part of your daily training and prep routines for tournaments? Do you recommend the same to other athletes?

For me, it’s incredibly important. I’ve been practicing meditation and visualization since I was 13-years-old and so far, it has worked out well for me. It helps me to keep my emotions and adrenaline under control during matches and block out the noise so I can focus on winning the next point.  It’s something that works for me but that might not be true for everyone else. I think every athlete is different and uses different strategies or tactics that work for them. It’s really all about finding what works best for you.

On a lighter note, you mention that growing up you used to visualize winning a Grand Slam and also writing imaginary cheques to yourself – now that you have won a grand slam and also received a nice handsome pay cheque, what is it next that you’re are visualizing for yourself?

Becoming number one in the world and to continue winning Grand Slam titles. Hopefully one day surpassing the greats in this sport, people that I respect and admire so much! 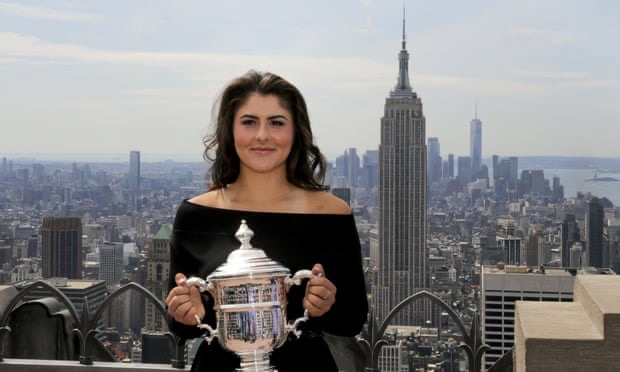 So far the biggest wins of your professional career have come on hard courts, but your coach believes that you are equally capable of doing well on other surfaces. Which is your favourite surface to play on? Which is the next slam or tournament that you would really like to win?

I definitely love the clay! Winning the French Open would be something huge for me. I believe, I have a lot of potential on the clay.

Bibi is a word used to refer to a lady here in Pakistan. What is the meaning and story behind your nickname Bibi?

For me, Bibi is just a shortened version of Bianca. I got that nickname when I was growing up but it never really stuck, there are only a few people that are close to me that still call me Bibi. 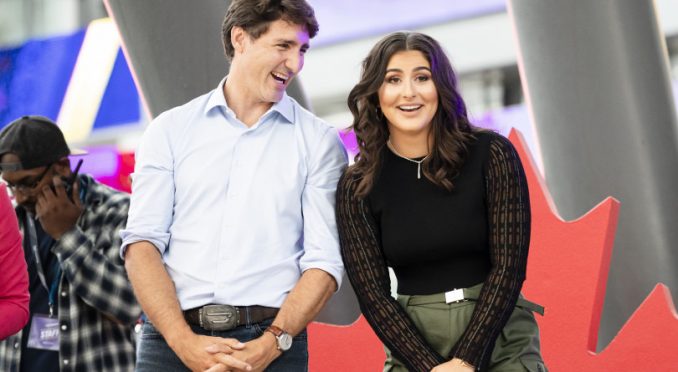 Thank you all so much for the support! One of the things I love most about tennis is how global the game is and I always enjoy getting to meet, hear from and interact with fans from all over the world. 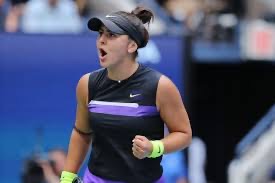