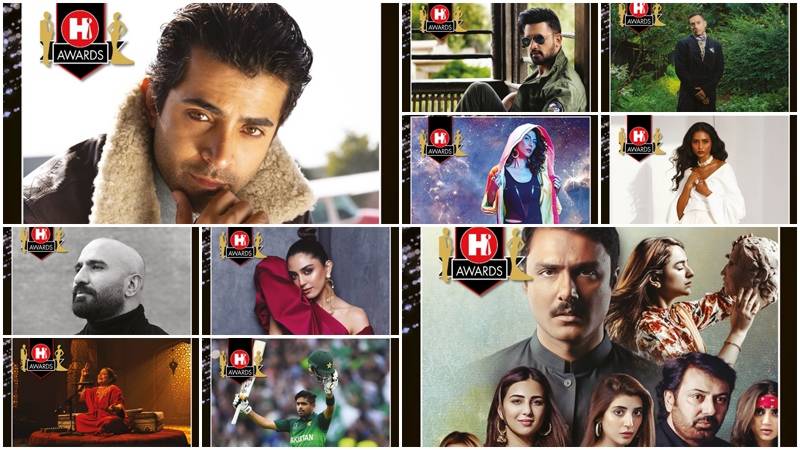 YEAR AFTER YEAR, WE MAKE SURE TO GIVE SPACE TO TALENT ON OUR PAGES THAT DESERVES ALL THE ACCOLADES AND RECOGNITION. TO MARK A DECADE OF OUR SUCCESS THIS YEAR, ONCE AGAIN WE’VE BROUGHT THE EXCITING ANNIVERSARY AWARDS - THE LIST RECOGNISES THE UP AND COMING, THE CONSTANT AND SHINING AND THE FOREVER BRIGHT SPARKS FOR THE YEAR 2021-2022 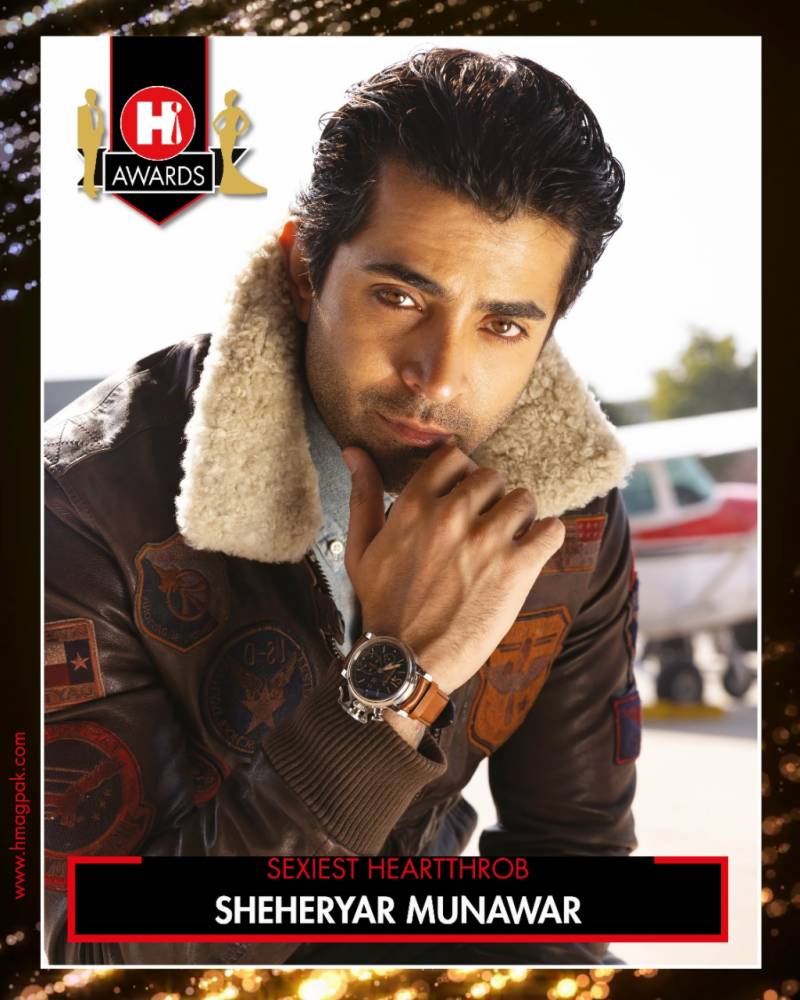 His smashing good looks make him an instant eye candy. But it’s his unfailing dedication that adds weight to his personality. From being an actor, director/writer, flawless seems like an understatement. He’s intelligent, good looking and humble – the term ‘total package’ was made for him. We loved him in ‘Pehli Si Mohabbat’ and in his guest appearance in ‘Khel Khel Mein’. His directing/writing skills in ‘Prince Charming’ are applaudable. 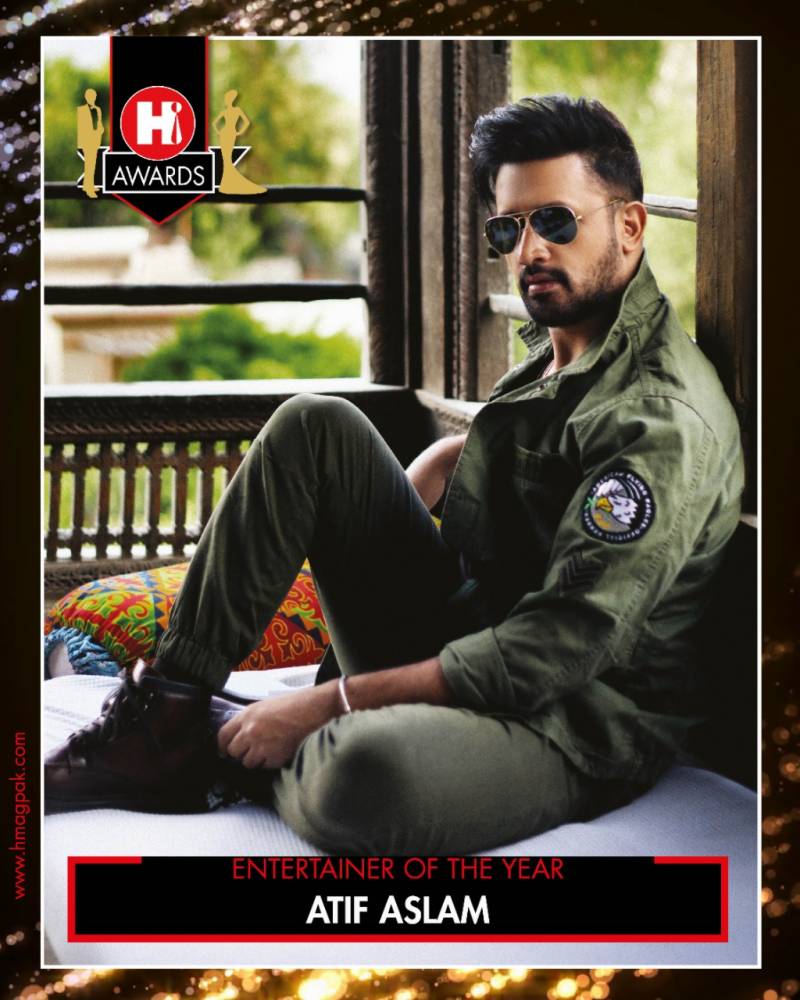 What can we say about this man that has not been said before? He’s iconic, legendary and a true superstar in every way. He took everyone with surprise once again with top trending songs like ‘Go’, ‘Sajan Das Na’, ‘Rafta Rafta’ and of course his exceptional acting skills in ‘Sang-e-Mah’. He makes us fall in love with him again and again. 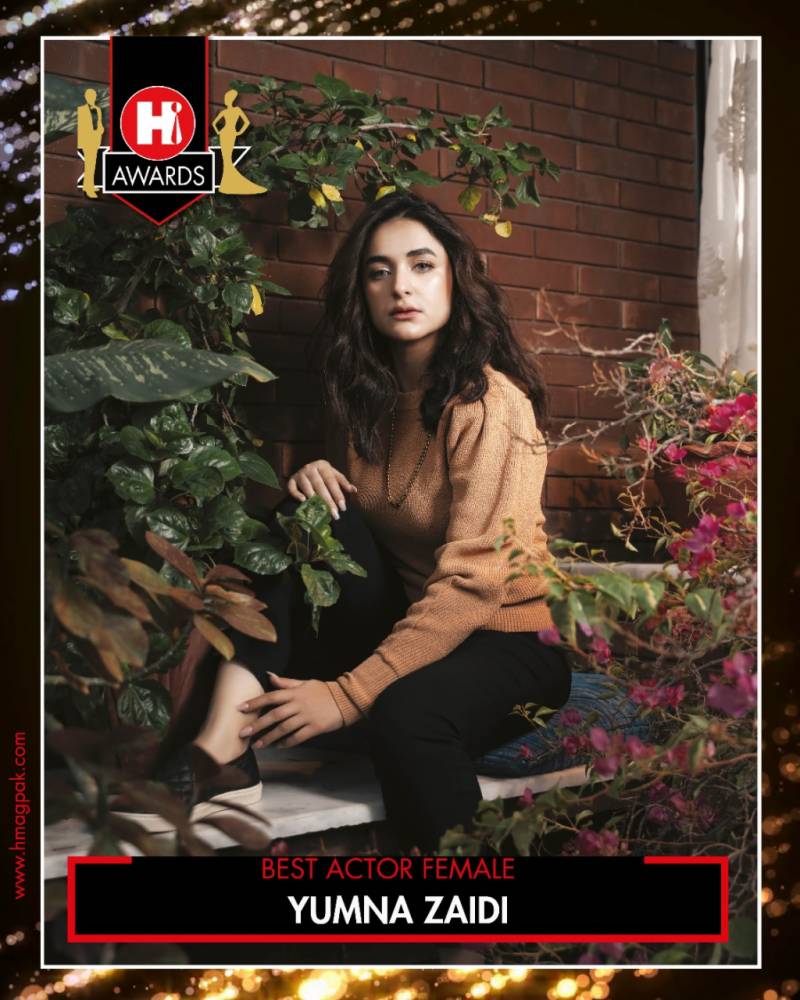 She’s truly a chameleon and literally pulls off any role you give her. She once again left us all in awe with her strong acting abilities in ‘Parizaad’, ‘Sinf e Ahan’, ‘Ishq E Laa’ and ‘Dil Na Umeed to Nahi’. 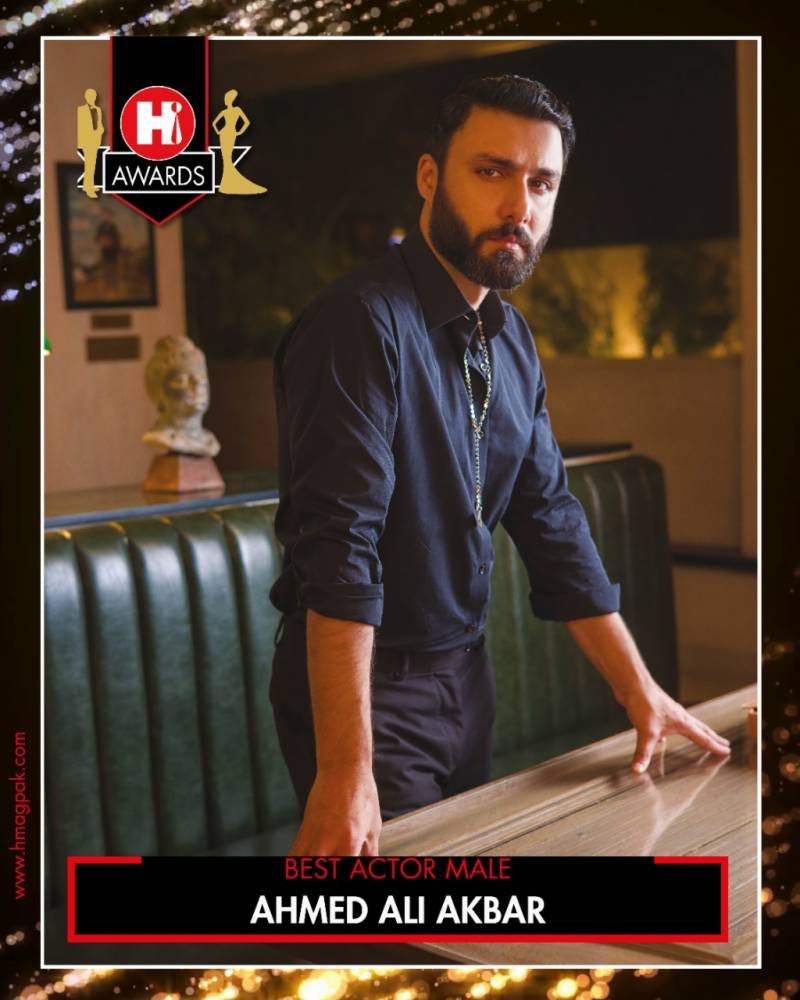 We always were sure about his acting dynamics but this year the man just raised the bar high with his exceptional character portrayal in ‘Parizaad’. We can only see him going from strength to strength 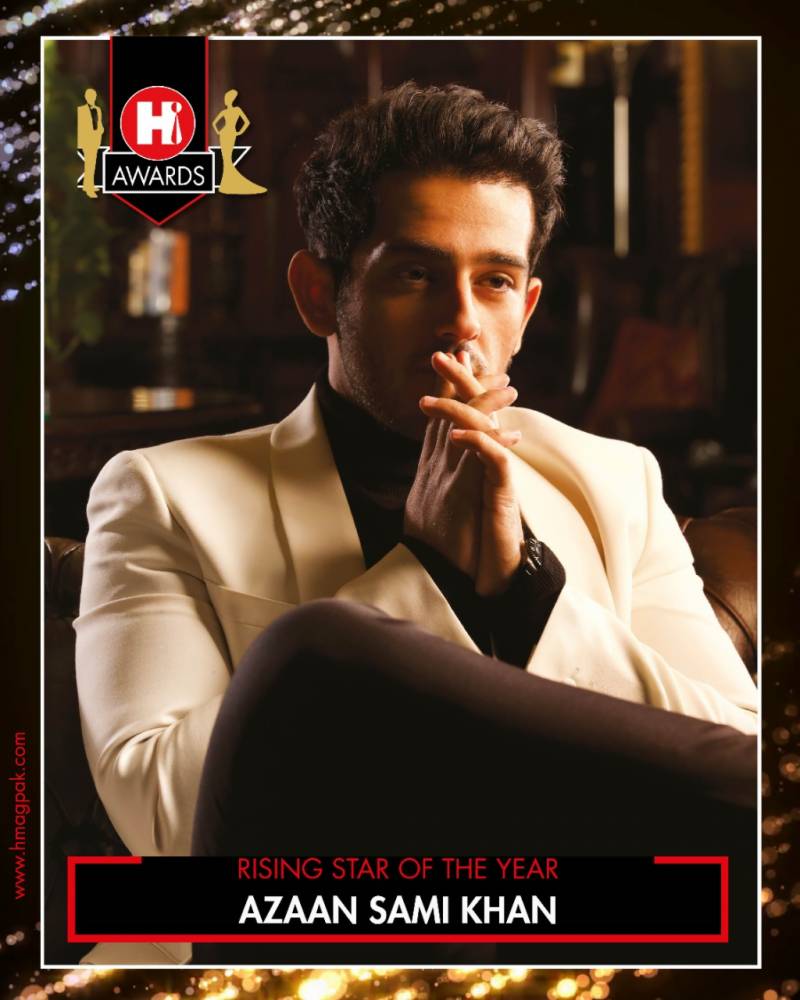 We were always a fan of his musical compositions but did he surprise us or what with his strong acting abilities this year in ‘Ishq E Laa’? – it’s not easy to share screen space with amazing actress like Sajal Ali and still hold your own. We can’t wait to see more of him in music and in the acting sphere. 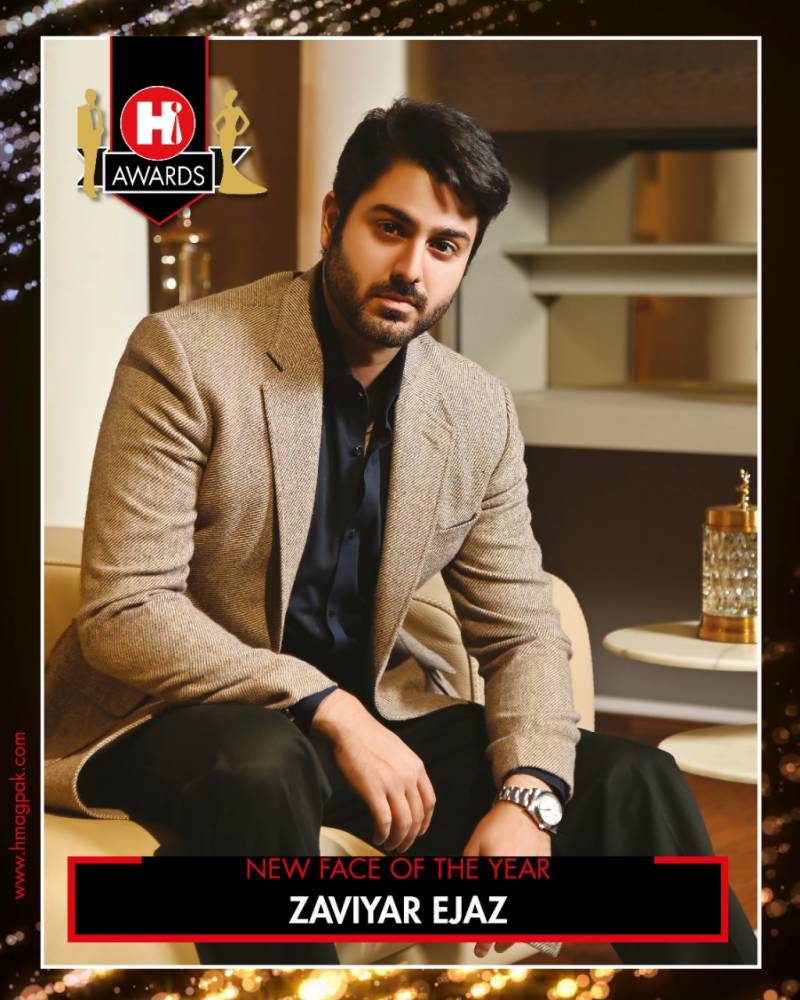 He’s not your typical star kid – he may have gotten a great start but he’s surely already proven with his acting prowess that he’s here to stay. He’s phenomenal in ‘Qissa Mehar Bano Ka’ and ‘Sang-e-Mah’. 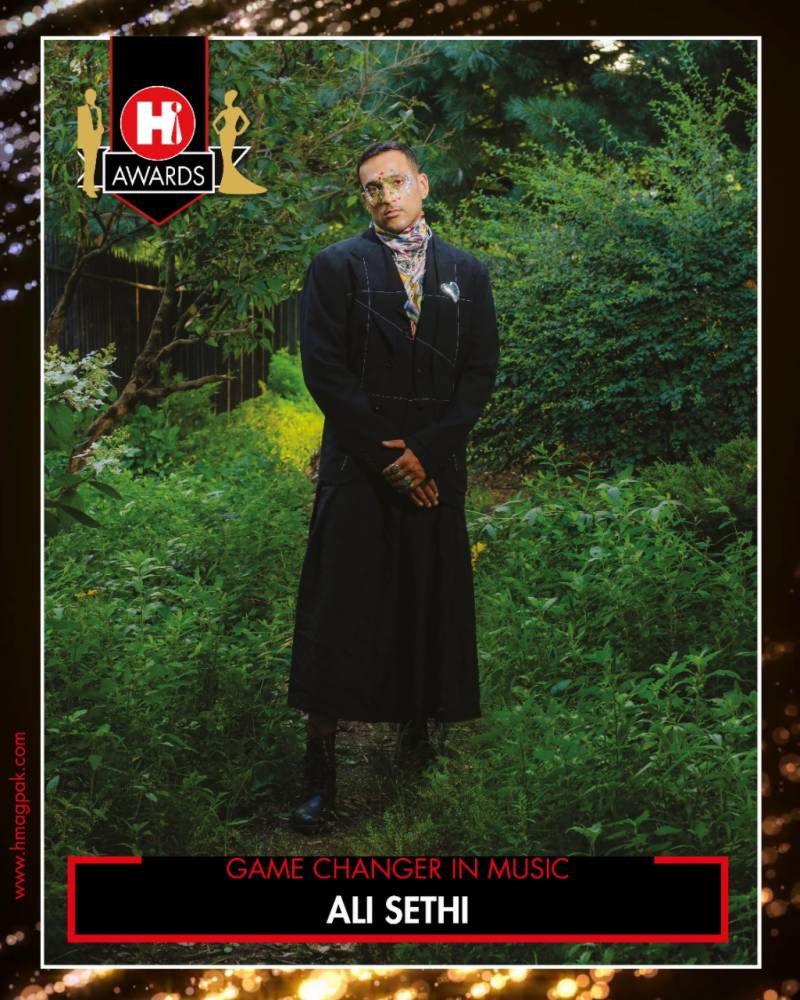 Ali is a powerhouse. Him and his melodious, soulful voice is idolised not only in Pakistan but also across the border. And we aren’t surprised. Also, can we please take a moment to talk about his style game? He rocks every outfit worn with a hint of funky and sophistication. His recent song ‘Pasoori’ is currently everyone’s jam and only a true musical genius like Ali could do it justice. We are always ready for new music by him and we’re eagerly waiting to be blessed once again. 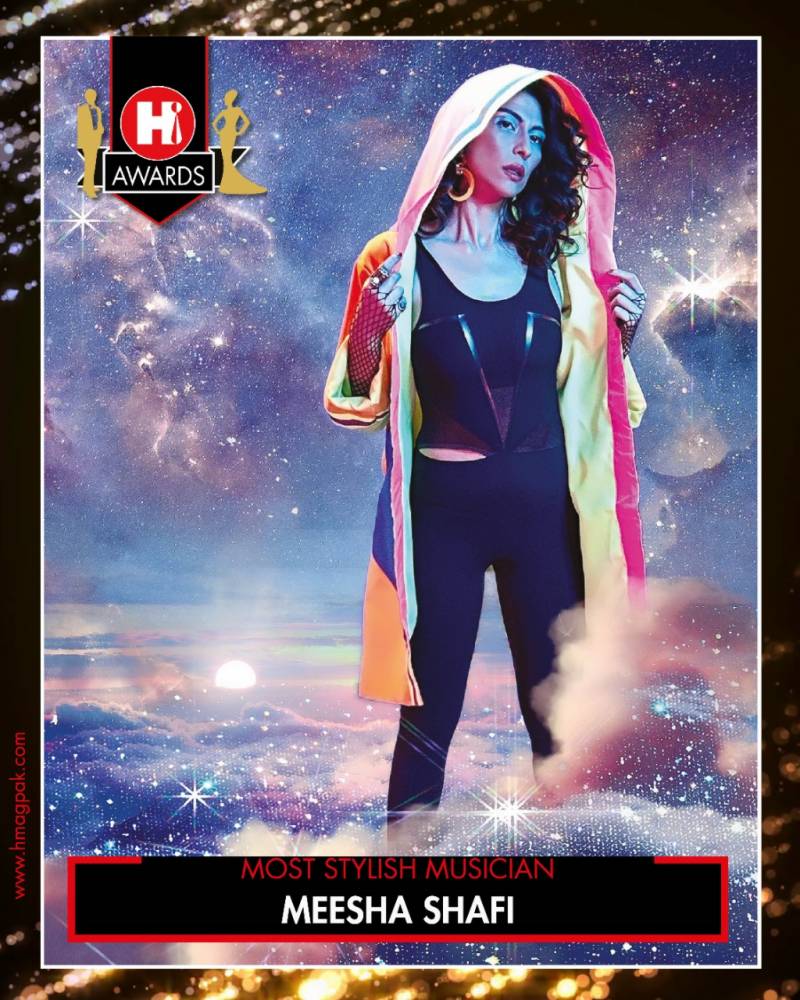 Hands down the most stylish celebrity in Pakistan who doesn’t shy away from trying anything new. Her funky style truly depicts her larger than life aura – the ‘Hot Mango Chutney’ star has our heart. 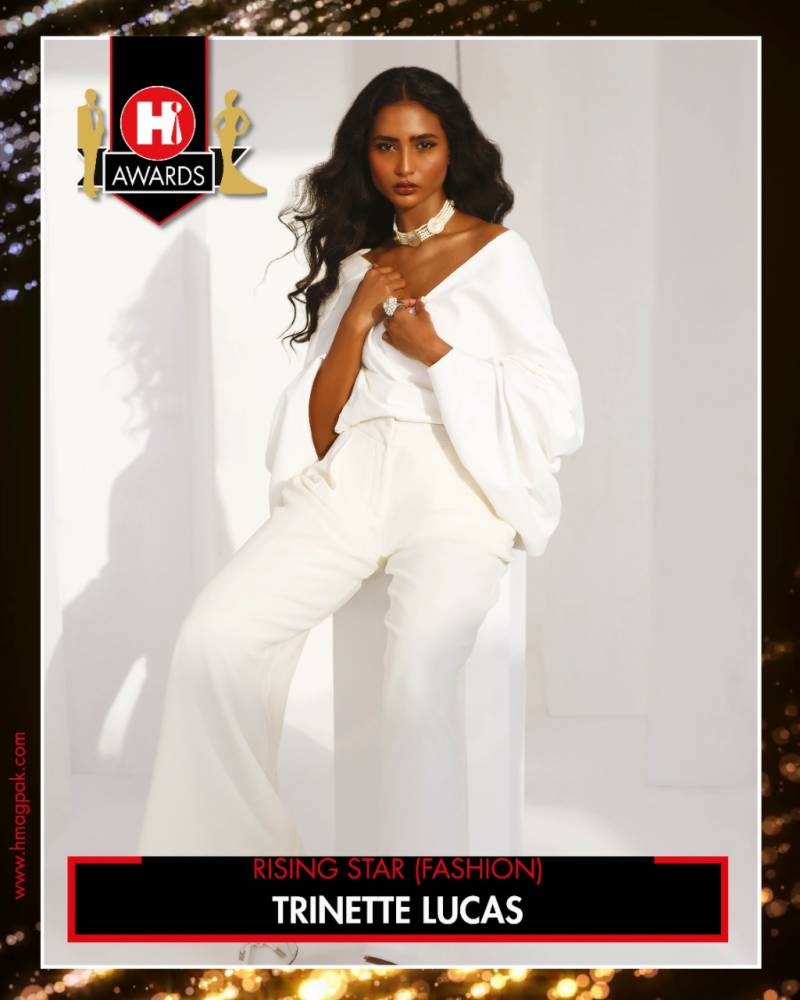 A face that you just can’t look away from and a personality you just can’t help but fall in love with. The beautiful model is surely one of a kind and we loved seeing her in major fashion campaigns and all over our city billboards. Way to go. 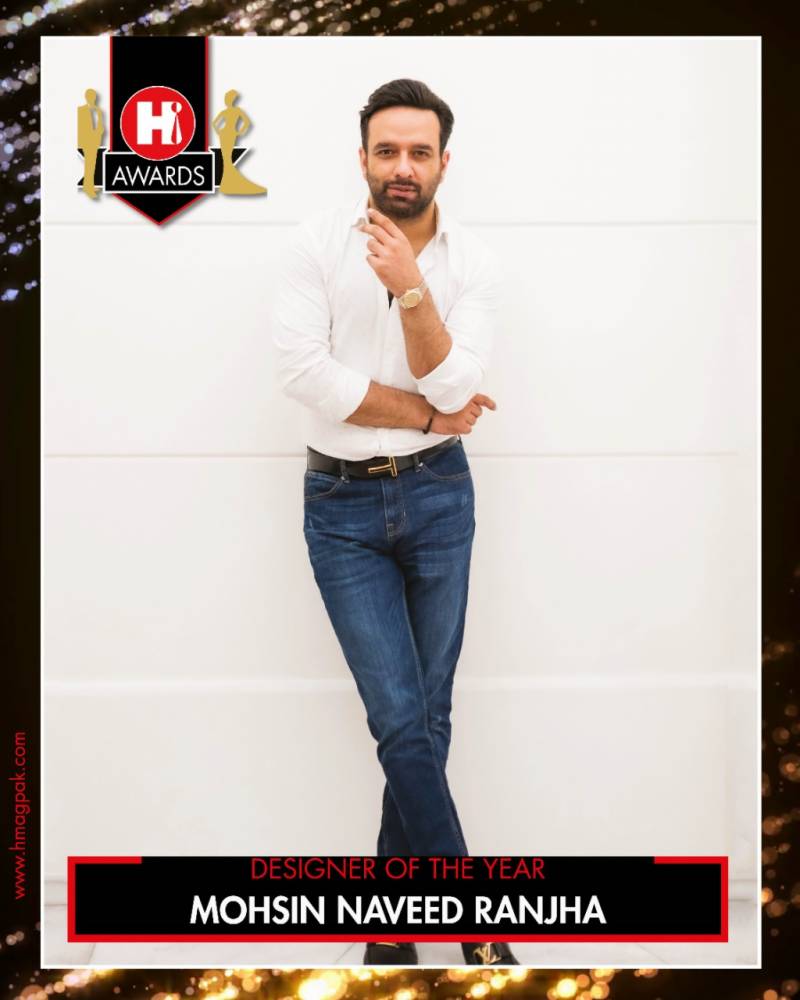 The man knows how to make noise with his creative and artistic approach towards fashion. His traditional and bridal-wear had everyone in awe of him that’s why we saw all major celebrities/personalities opting for his beautiful designs. He also got a stamp of approval from none other than ‘Queer Eye’ star Tan France then how can we even disagree? 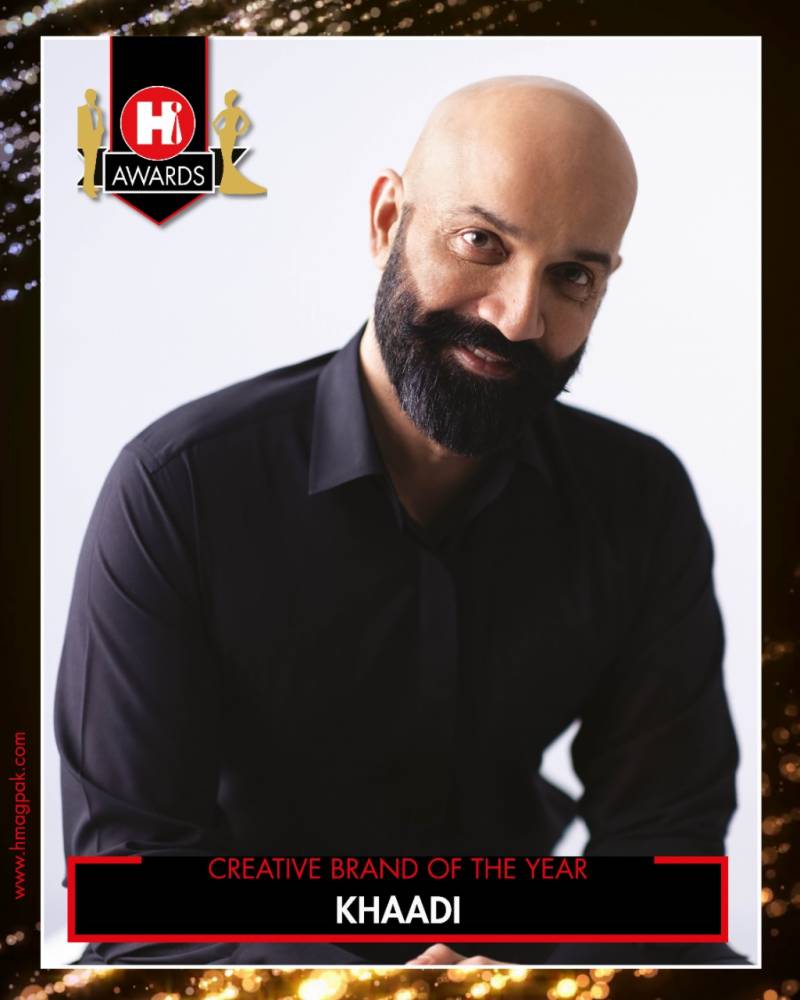 One brand that continues to evolve by not only keeping it trendy with its designs but also by introducing multiple lines – from adding funky face masks and hand sanitizers during the pandemic to menswear and intimate wear, Khaadi knows what its consumer wants. 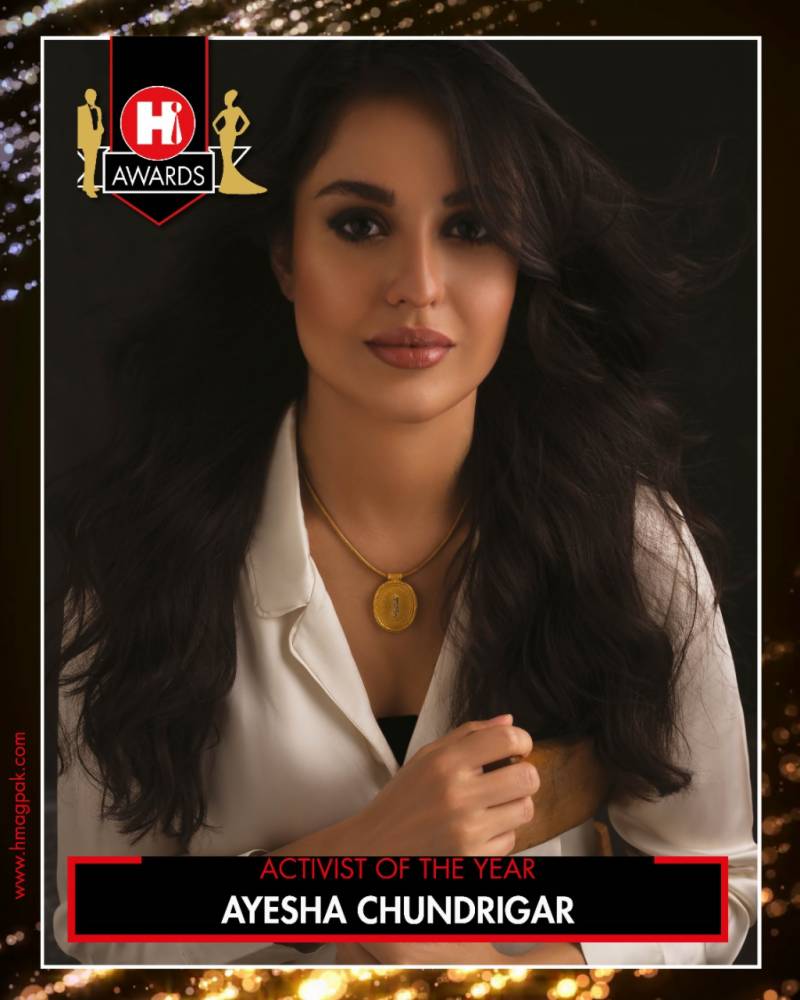 Hats off to animal activist Ayesha Chundrigar who works tirelessly day and night rescuing our furry friends. She goes up and beyond to give these voiceless animals a better life - something we as a nation tend to often look over. We owe it all to her and ACF for providing them with a better, happier life off the streets and away from abuse. 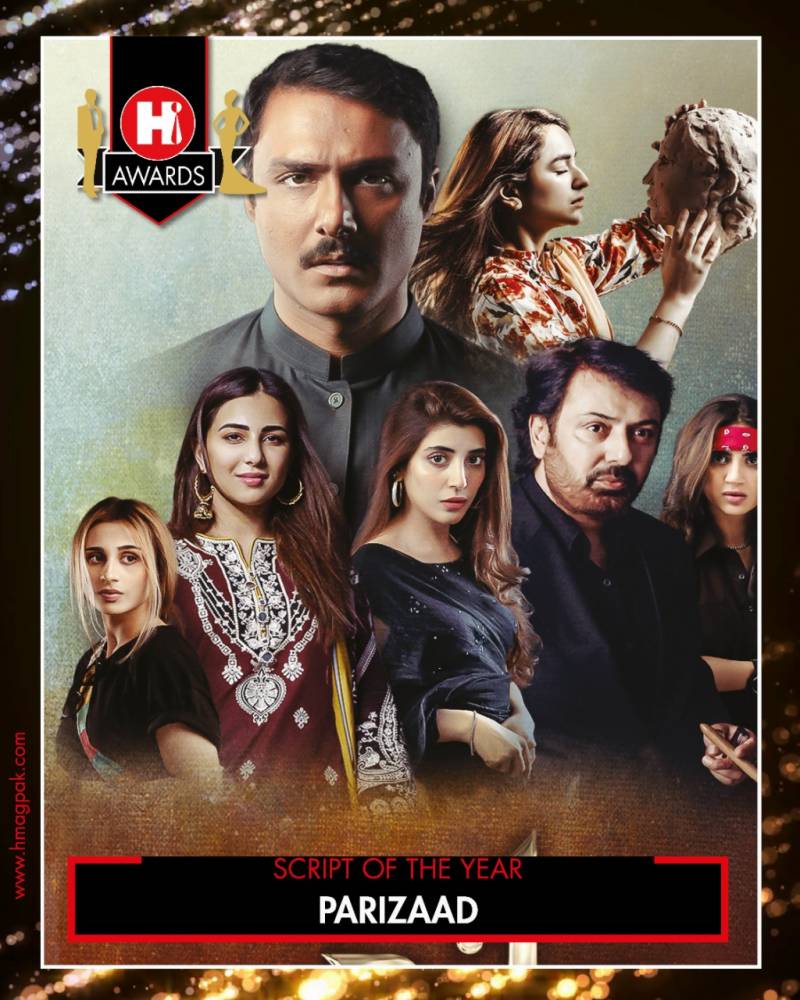 Written by Hashim Nadeem, the storyline of this novel-based drama is nothing short of extraordinary. The strong characters, the realistic approach of the narrative and most importantly, a story that focused on a man who was not conventionally ‘good looking’ but how he goes on to conquer the world with his personality served a great message. Certainly, a story that other writers can also take inspiration from 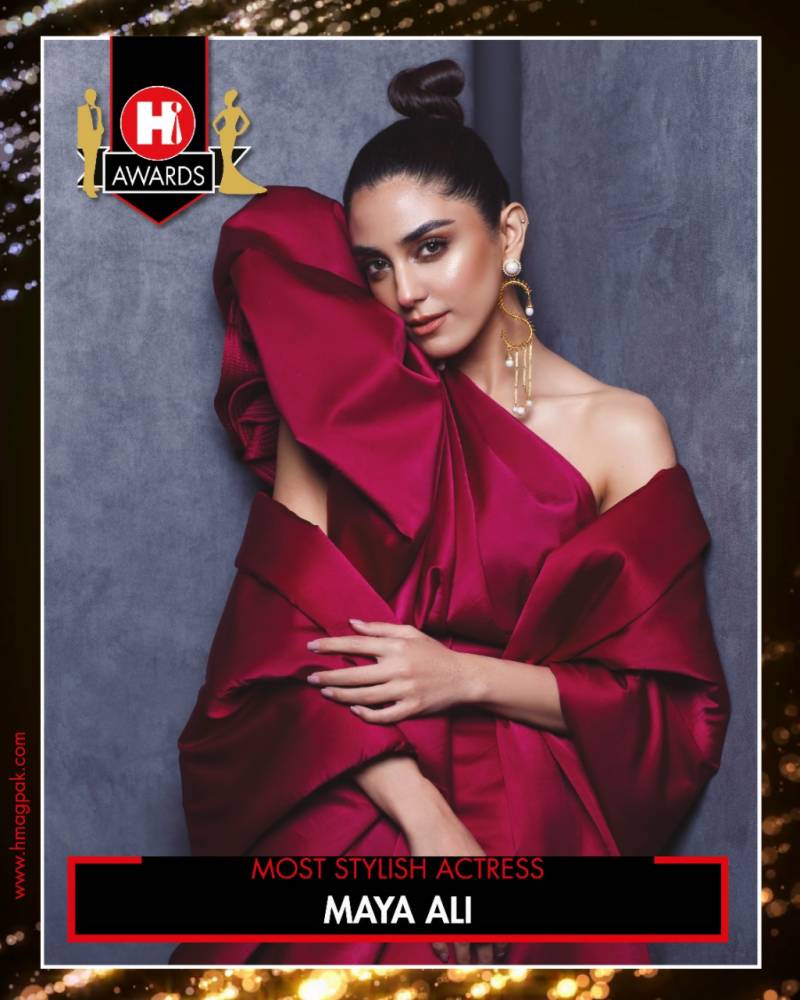 No one does fashion like Maya Ali. The fashionista is always ahead of her game. Be it western or traditional, Maya has been a trendsetter and with her stylish looks we can’t help but take some styling inspiration. Her Instagram is proof! Be it casual or sophisticated the actor pulls off every look with such ease - just like her acting. Talk about good looks, good acting and good sense of style. 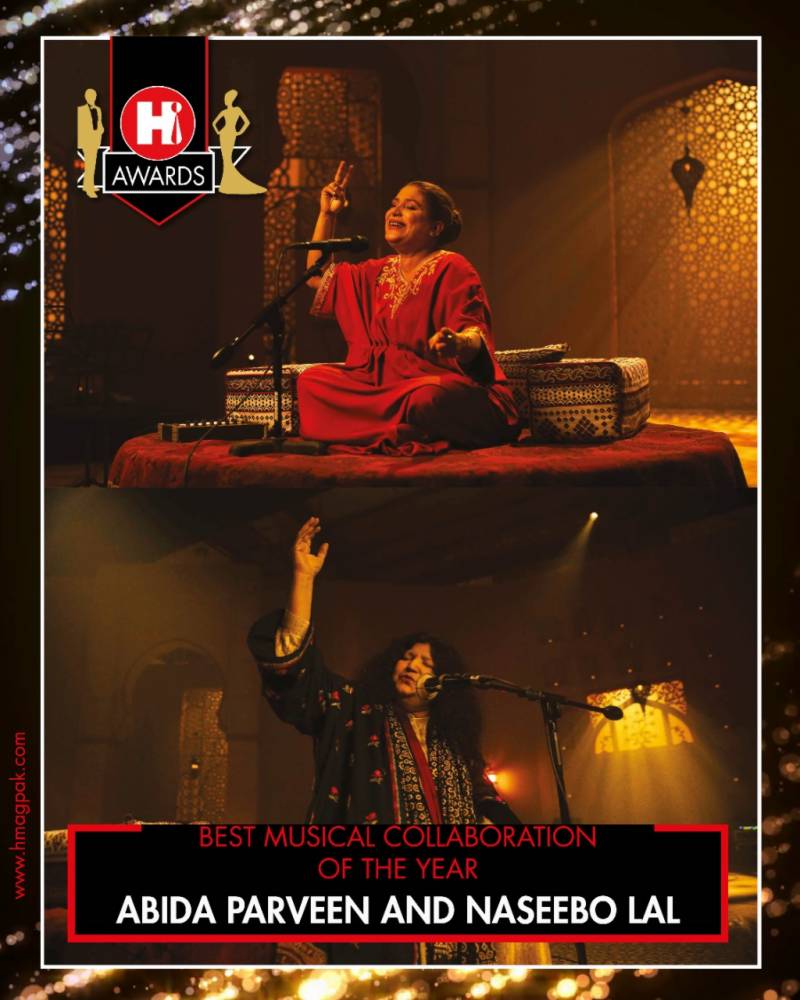 When two legendary voices come together, they’re bound to make it to the top of the charts. Collaborating in one of the most viral songs of the year, Abida Perveen and Naseebo Lal had us all ‘Jhoom’-ing to this beautiful soulful number. 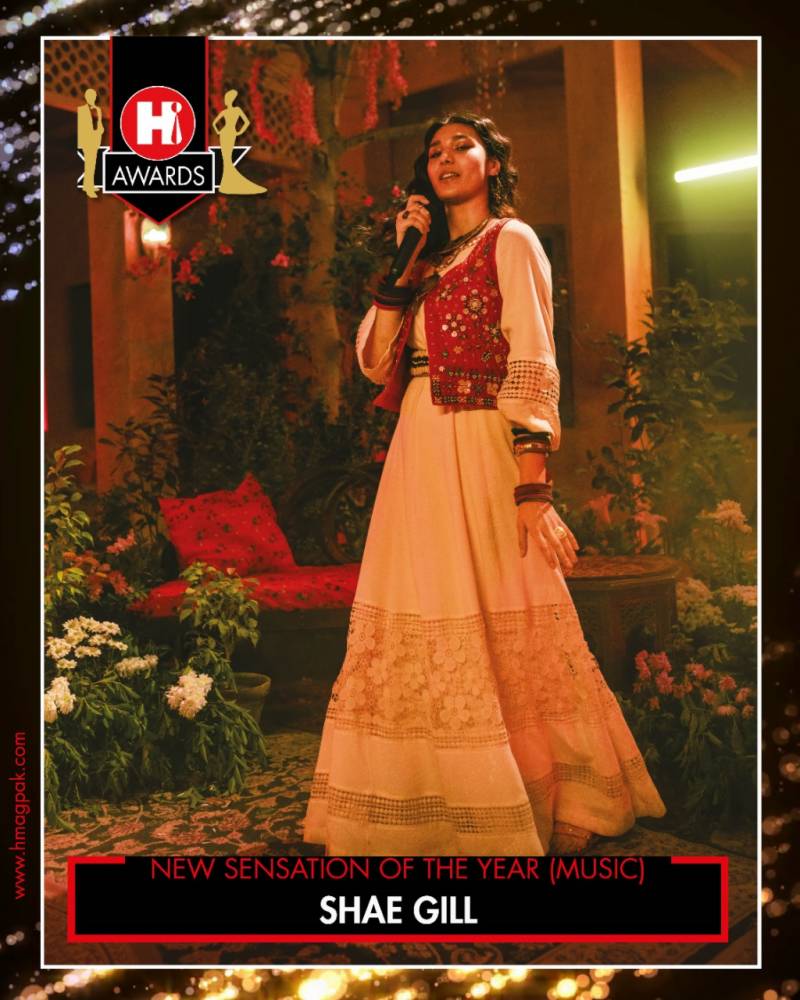 The ‘Pasoori’ girl became an overnight sensation with her debut song and literally had everyone grooving to the song everywhere. Her deep, distinctive voice has us saying ‘saath tera hai bathera’. We can’t wait to see this young star coming out with more magical songs in the coming year. 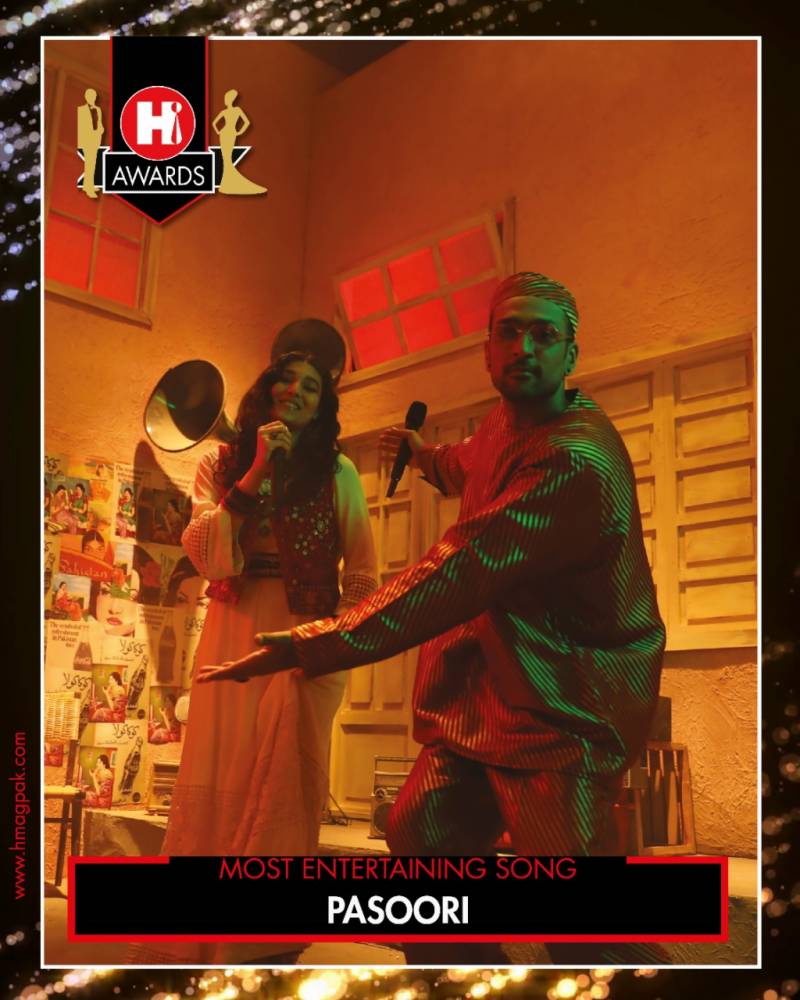 Is there anyone who heard this song and didn’t fall in love with it instantly? From amazing composition, lyrics to costumes and overall vibe, ‘Pasoori’ has all the ingredients of a blockbuster – it also made it to the list of one of the top songs on Spotify globally 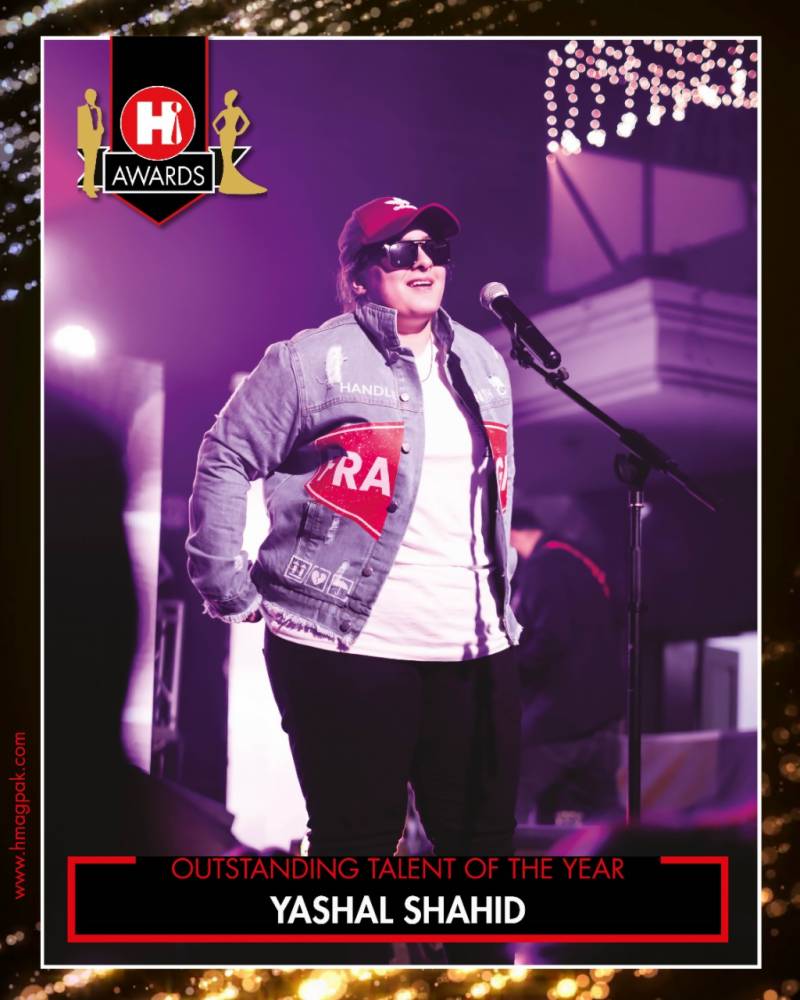 Yashal’s voice is absolute bliss and we know for a fact no one can say so otherwise. She is the voice behind a few drama OST’s such as ‘Hum Kahan Ke Sachay Thay’ ‘Bharaas’ and ‘Mere Humsafar’. She also recently sung the new national song ‘Shad Rahay Pakistan’ released by ISPR on March 23. We’re so certain that this is Yashal’s year. 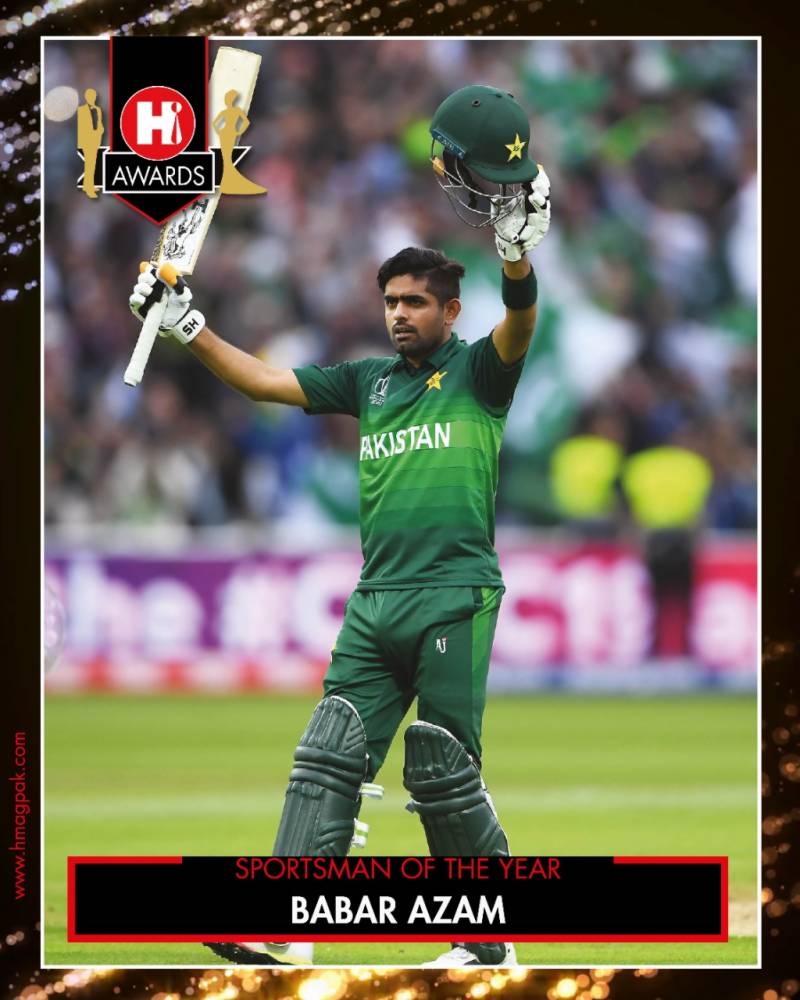 Babar Azam - his name says it all. The cricketer is Pakistan’s pride. The young lad has achieved so many titles to his name. He is considered as one of the best batsmen of the current era, and is currently the only batsman in the world to be in the top 5 rankings across all formats. We surely can’t wait to see what else the coming years hold for him. 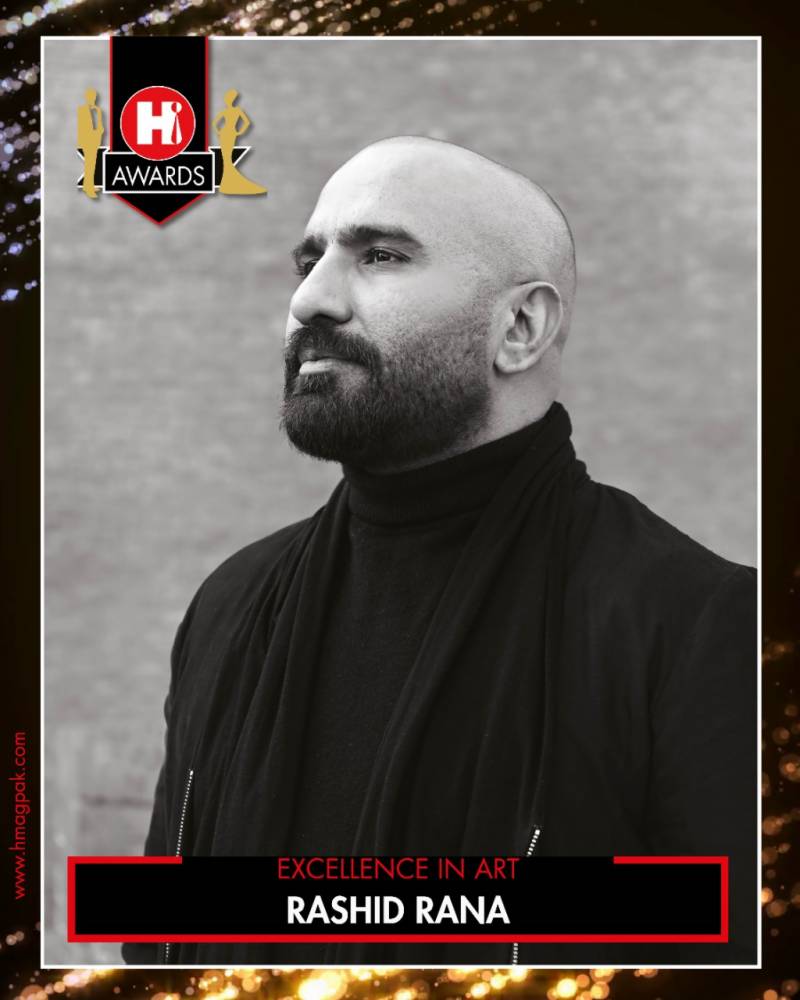 Rashid has made the country beam with pride with his stunning exterior design for Pakistan’s pavilion at the Expo 2020. Thanks to the creative genius the pavilion, which has been one of the star attractions at the world fair with over 1 million visits, won the Best Exterior Design Award. Trust Rashid for such insane creativity.

OUR FAVOURITE FASHION MOMENTS FROM THE 26TH ANNUAL CRITICS CHOICE ...