The Best and Worst Dressed at LSA 2021 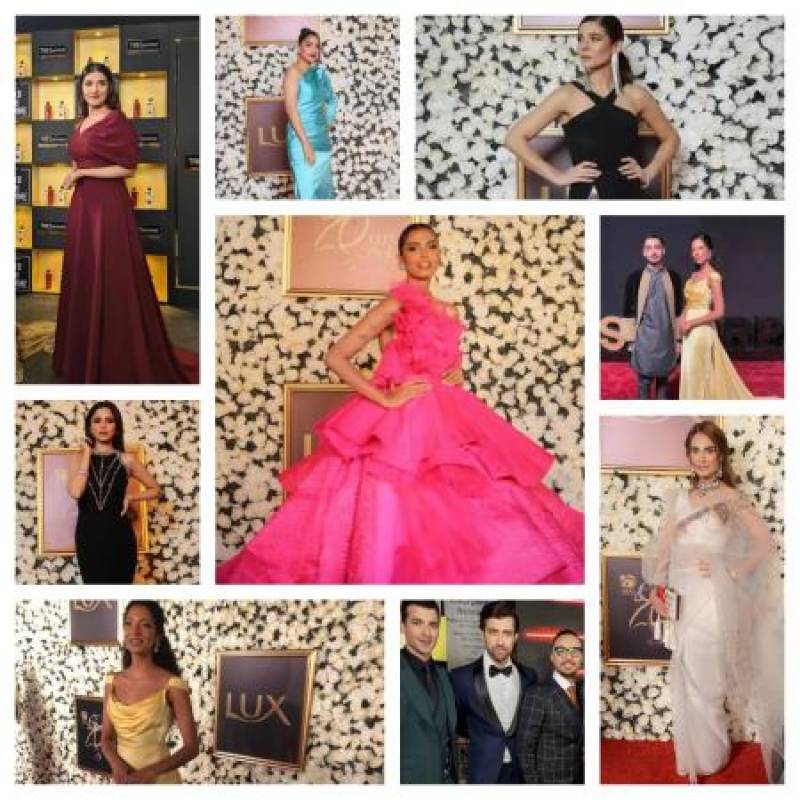 The well known Lux Award took place on October 9th, within this article we won’t talk about who won an award but rather let's see who wore the best and worst dresses. I definitely saw a few I loved and a few that made me wonder why they even wore it — while I’m just speaking for myself, but let's see if you agree with me on it.

One thing about the ones that I liked, the majority of them were styled by Tabesh Khoja who’s also the PR director at Nabilas, an image consultant and one of the best stylists in Pakistan. This is clearly seen within the way he styled some of the models. Okay let me show you guys the list, and I hope you do agree with me on it. 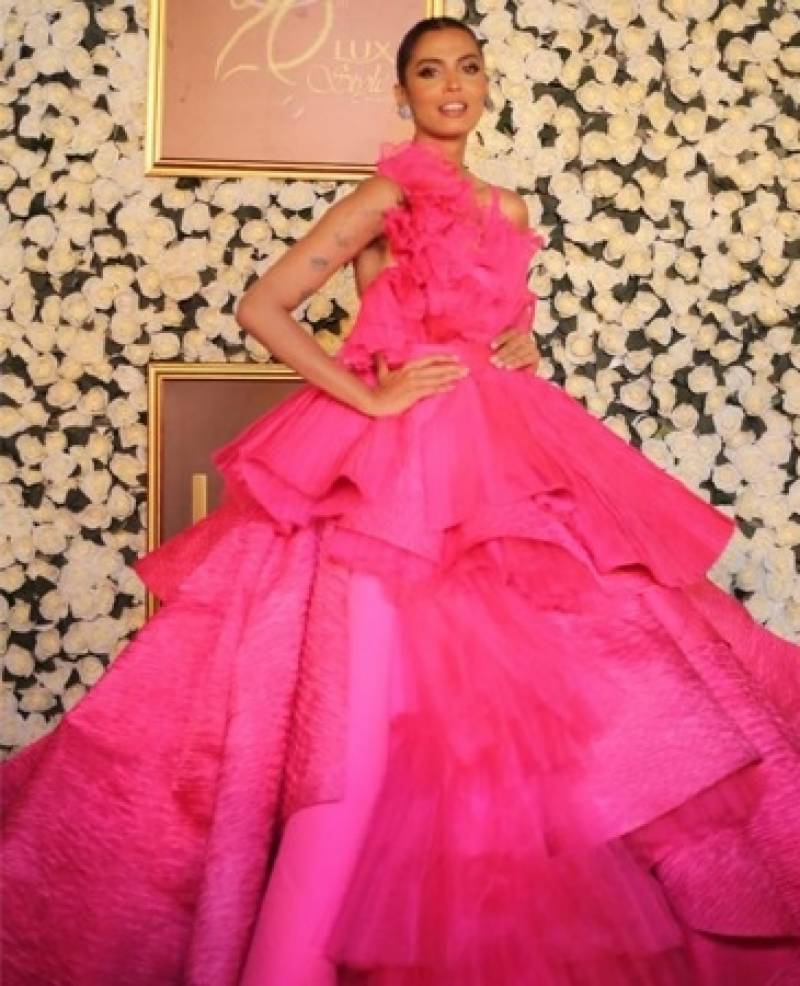 She wore an astounding pink dress that just made her look even more gorgeous than she already is. She is not just carrying the dress well, but also she’s promoting pink October which is cancer awareness.

‘The beautiful pink number for the 20th LSA was an outfit that had a lot of thought and planning behind it. I sat down with Mohsin Tawasulli and Tabesh Khoja, and we instantly knew that we were gonna pick Pink for the outfit as October is Breast Cancer Awareness Month. While discussing the silhouette, I still remember that light-bulb moment where Tabesh suggested we also pay an homage to our beautiful coral reefs. Being a Karachiite, I’m so thankful for our beautiful coasts. Unfortunately, locally and internationally the aquatic eco-system is suffering because of the damage caused to these coral reefs, by mass water pollution. I wanted to pay an ode to our coral reefs, and shed light on the importance of saving our marine-life, and our aquatic eco-systems.’

‘This deliverance of this process wasn’t possible without my dear friend, Tabesh, who with the help of Mohsin Tawasulli and Sana Safinaz, made this beautiful idea come to life!’ said Muskh Kaleem while describing her look for the night. 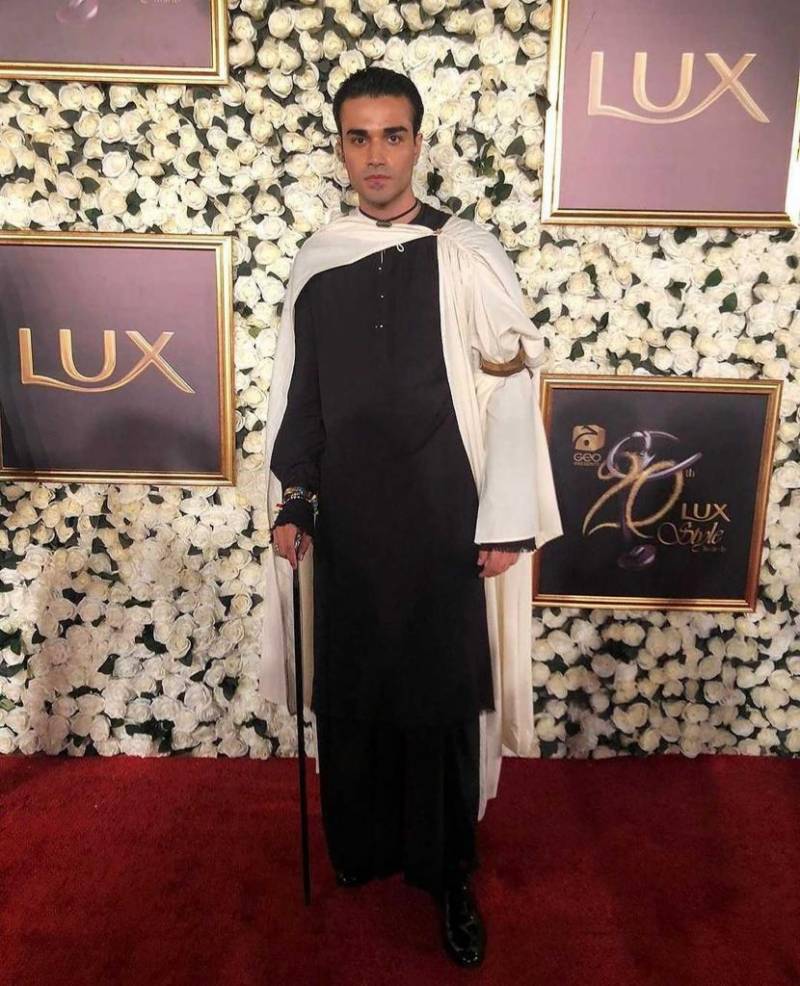 Simply loved what he wore, it was different from the rest especially the way it was styled. While the majority of the men opted to wear a basic suit and tie, he went for something more traditional — not just what he wore, but also his jewellery was traditional.

‘In 2020 I won best emerging talent in fashion being the first and only male model to have won an award in this category in 20 years history of LSA which itself was a great achievement, after being nominated this year in the category of best model of the year male which I won last night and i am very humbled for! I feel it is important for us being public figures to embrace our culture and celebrate the same through reputable platforms like LSA, so I decided to pay tribute to an icon/ legend like Sultan Rahi sahab since we are celebrating 20 years of LSA and it was my version of paying homage!’ said Sachal Afzal

‘The outfit was designed by YBQ and styled/ curated by Tabesh khoja.  The outfit was named after me and is called ‘Sachal Rahi’, added the model as he talked about his attire.

Looking stunning in her white dress, I just loved the way she looked and was styled. Just perfection, with the flower on her left side and the rest of the dress is plain white with a trail. 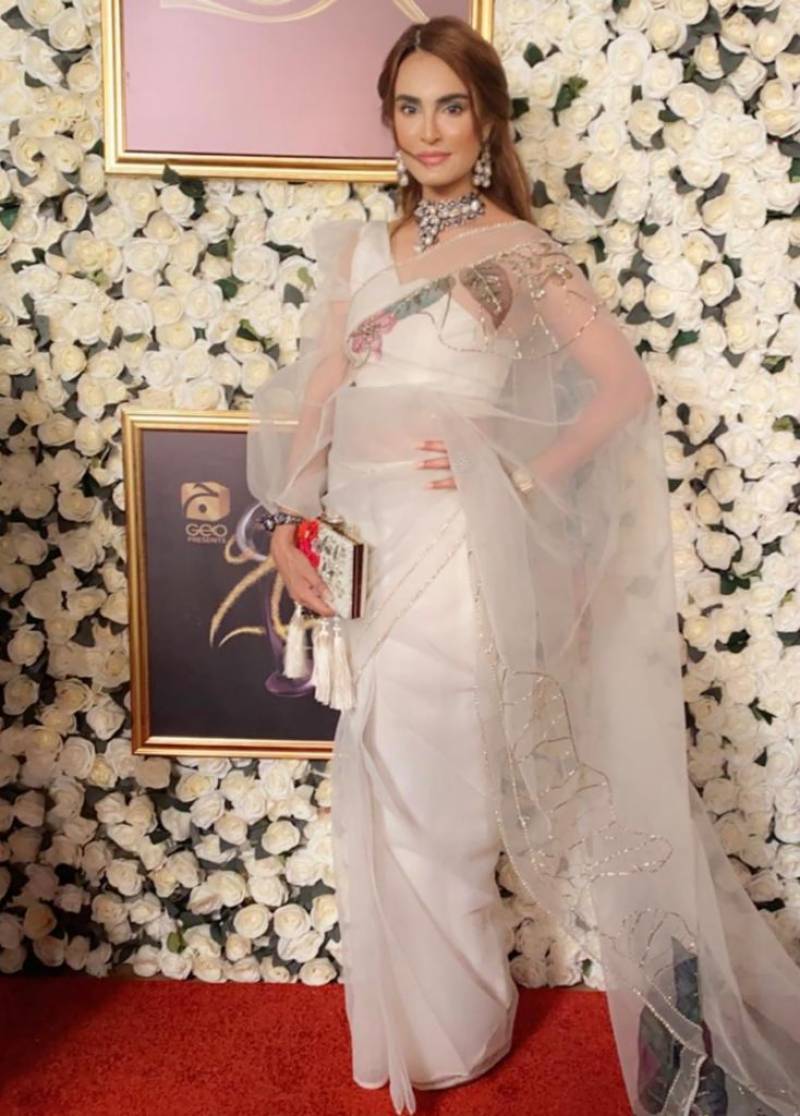 Her saree literally turned heads I swear, it looked extravagant on her. 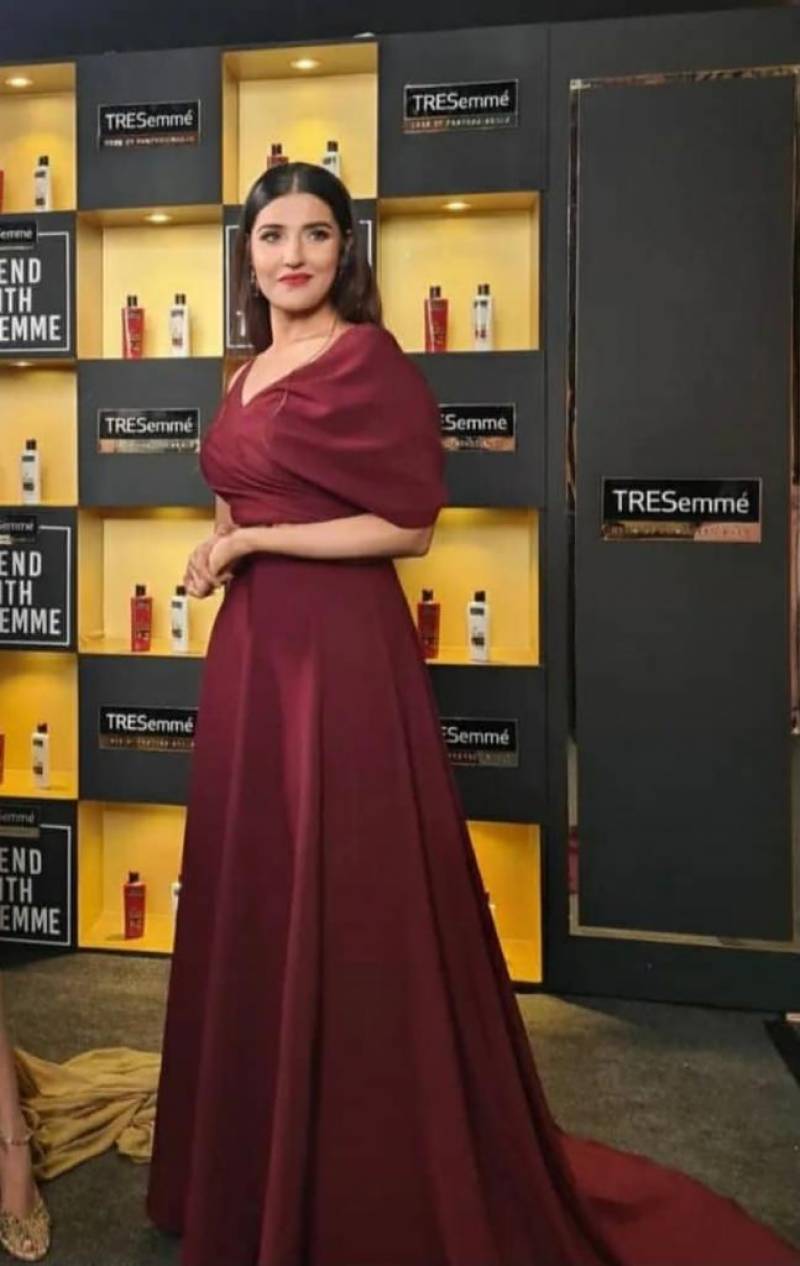 Elegant and simple in her maroon dress…the simplicity isn’t what makes you love this look, but it’s the way she looks effortless. 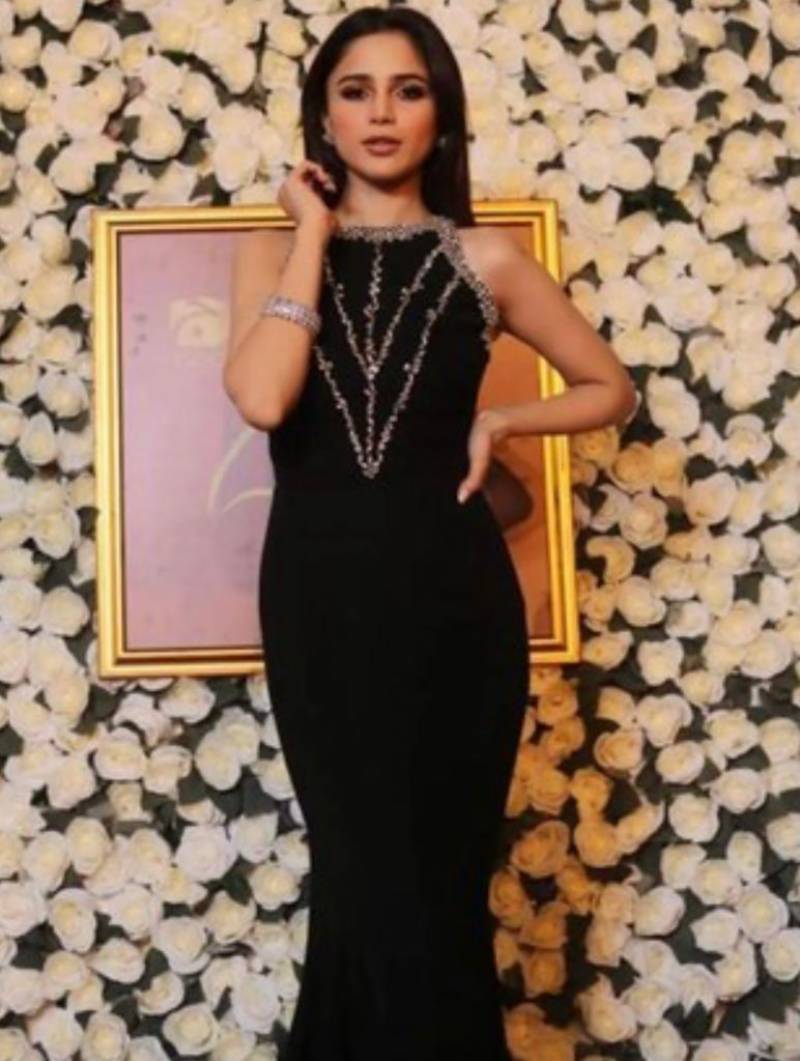 She wore a really nice black dress, and not only did her pictures just scream happiness within her but also the way she just carried the dress was just simply amazing. 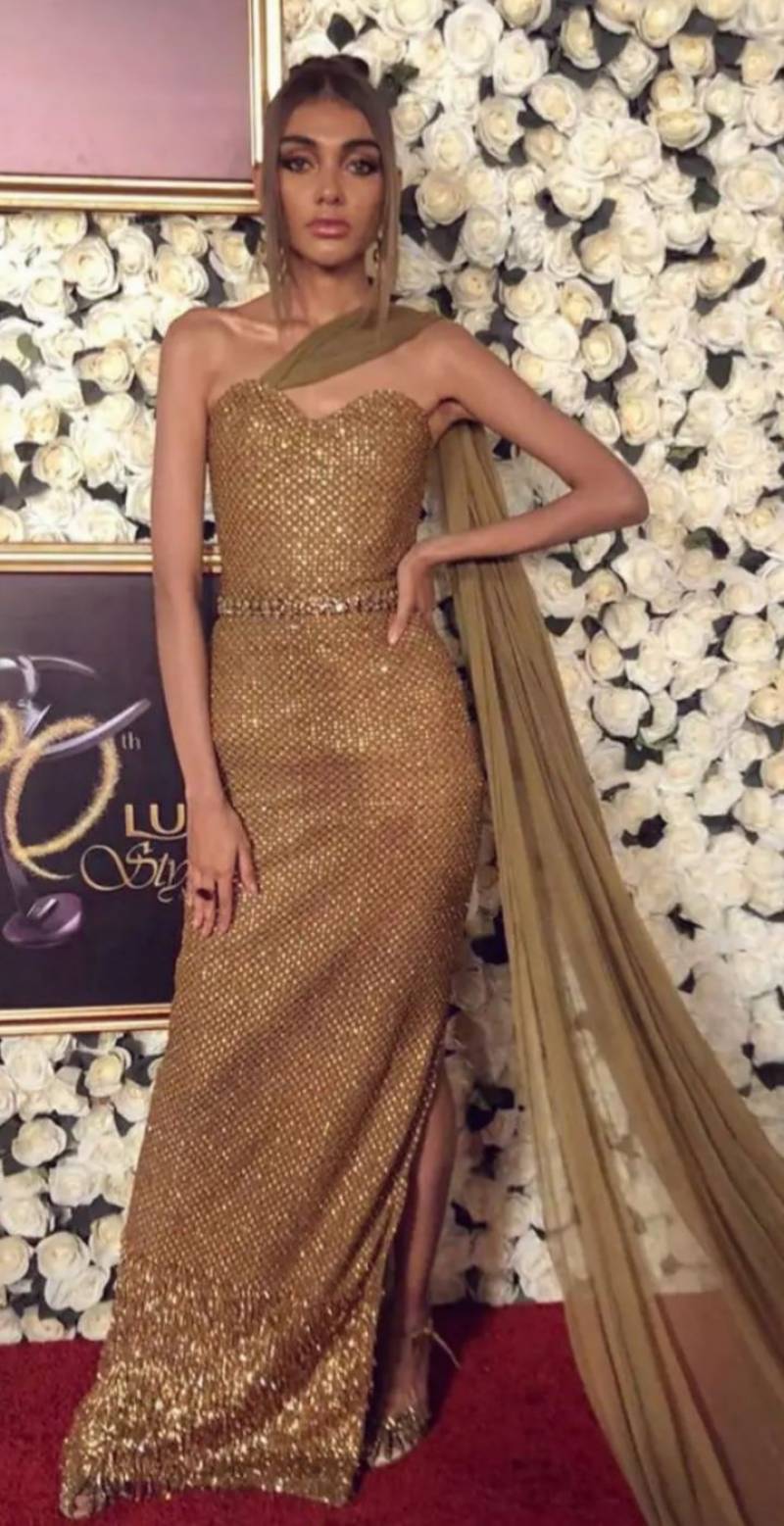 In a brown dress that had a slit, and also had a trail. The dress looked great on her, but to top it off with her that was framing her face while also being pinned up, and a nice smokey eyeshadow…she just took our breath away with how stunning she looked. 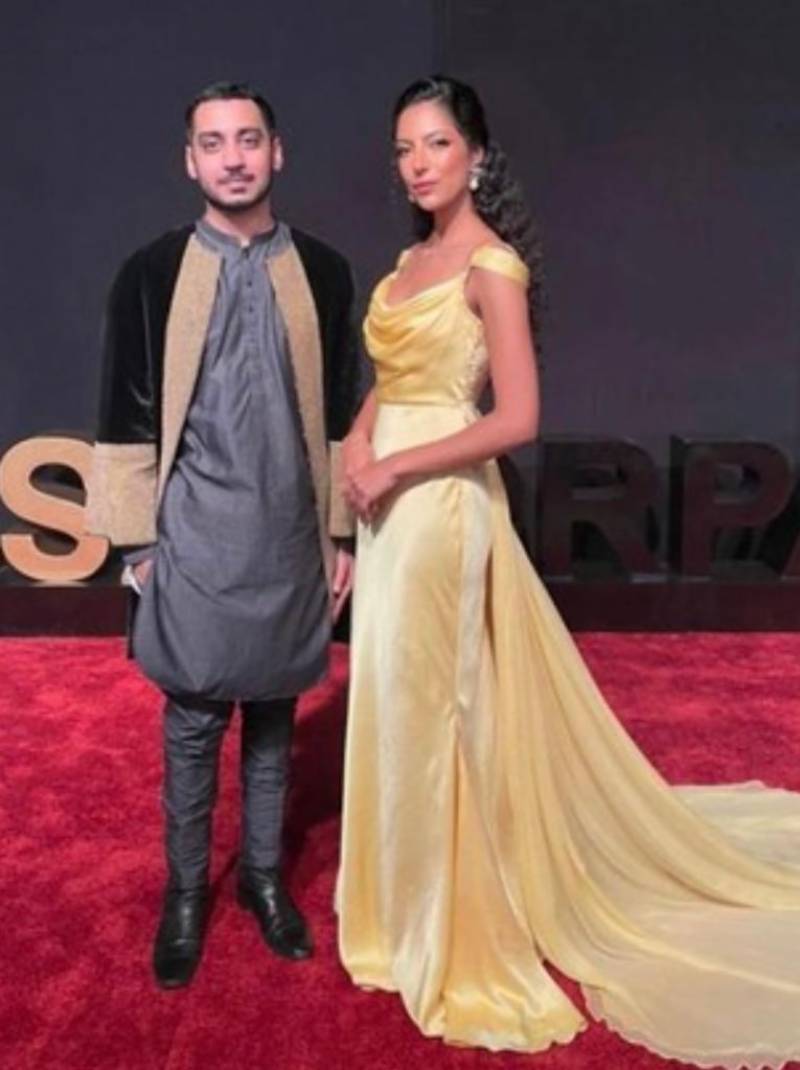 She wore the dress out of the beloved movie and one of my favourite rom-coms, ‘How to Lose a Guy in 10 Days’. It’s the yellow dress that the famous actress wore in the movie towards the end, and now Nimrah Jacob wore it and literally pulled it off effortlessly. 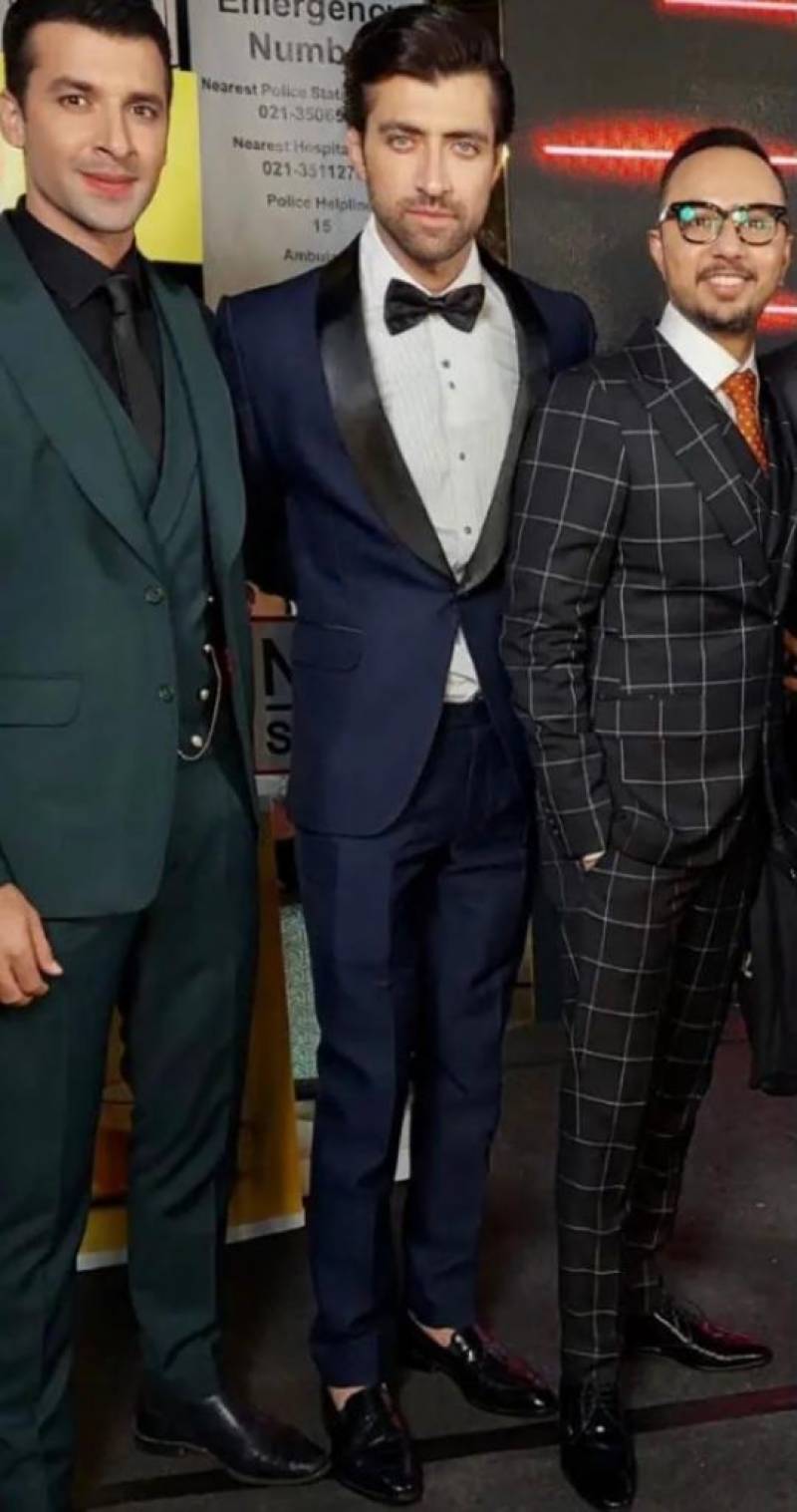 Black suit with a bow, he not only looked great but also handsome. Classic and basic, but he looked amazing in it. 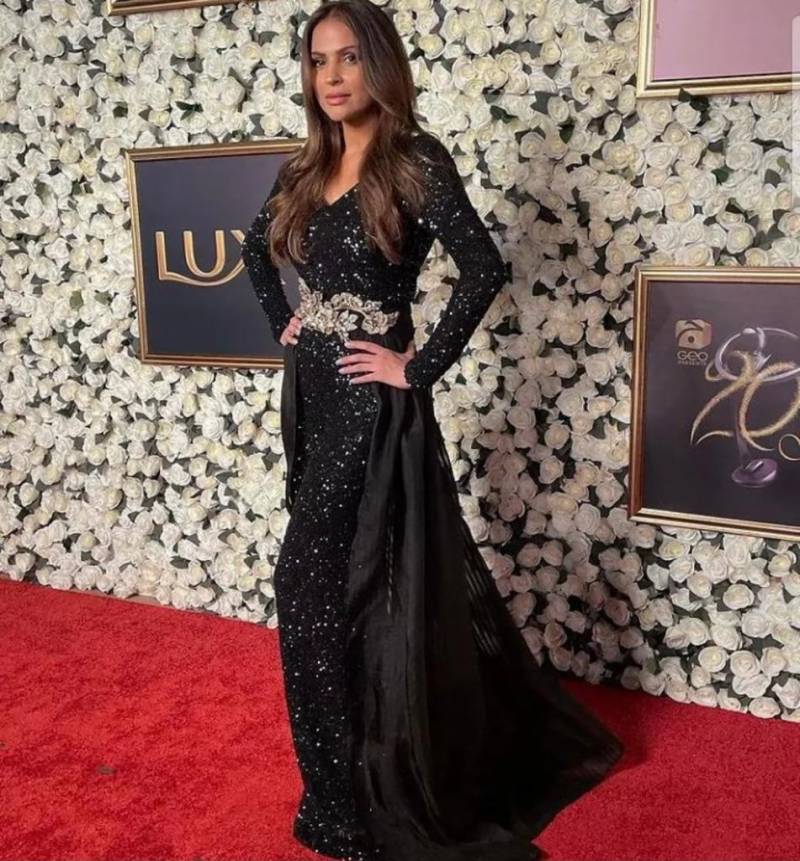 Her sequinned black jumpsuit with a black train…now that's a dress that anyone would love to wear, and not everyone can pull it off as well as she did. 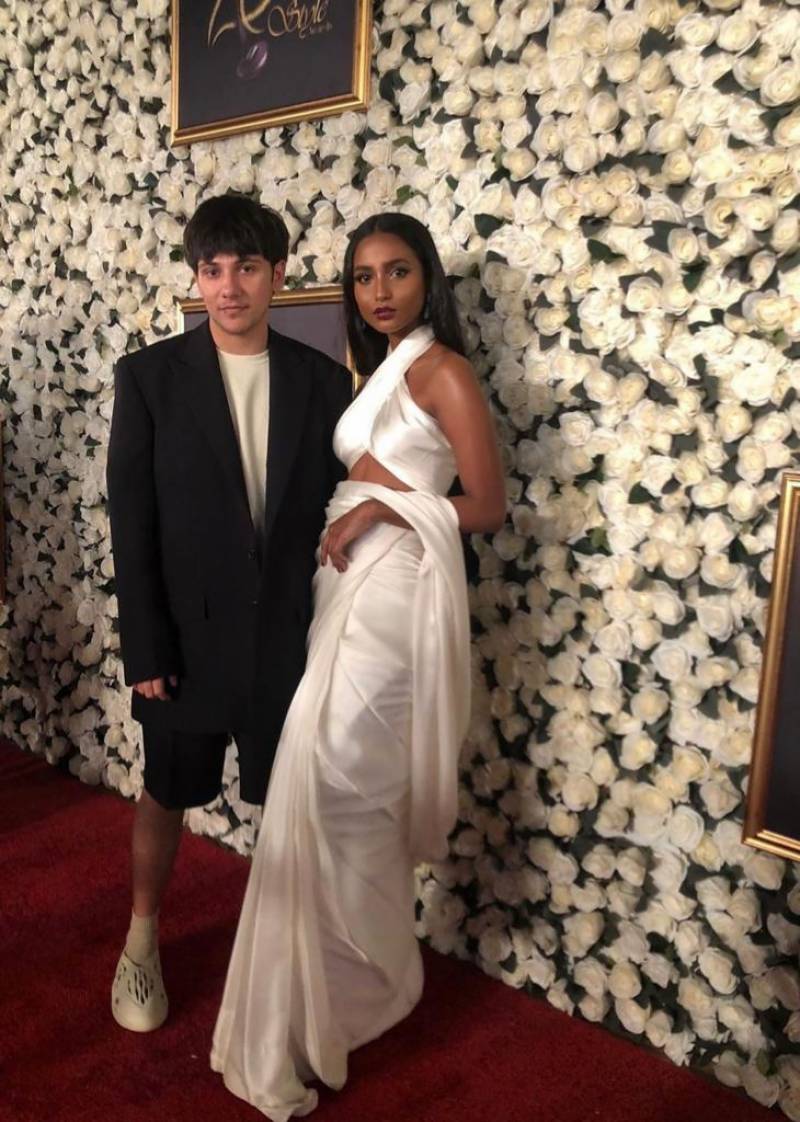 Her dress was similar to a saari, and was pretty elegant if you ask me. And not only that but her smokey eyes and glossy berry pout, along with her long hair left open — it just looked amazing. Not just her dress, but the way she just looked overall was amazing. 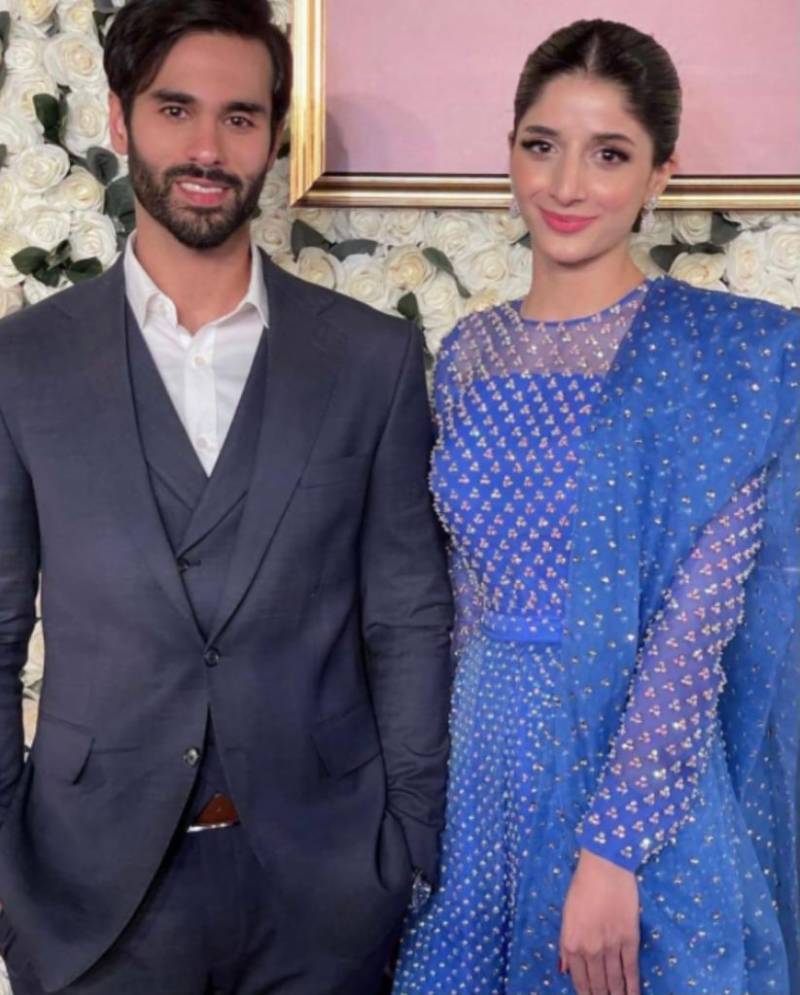 Love it or hate it, everyone will have a different opinion…personally not the biggest fan of the dress. It just looks awful, nothing else, just thank you, next. 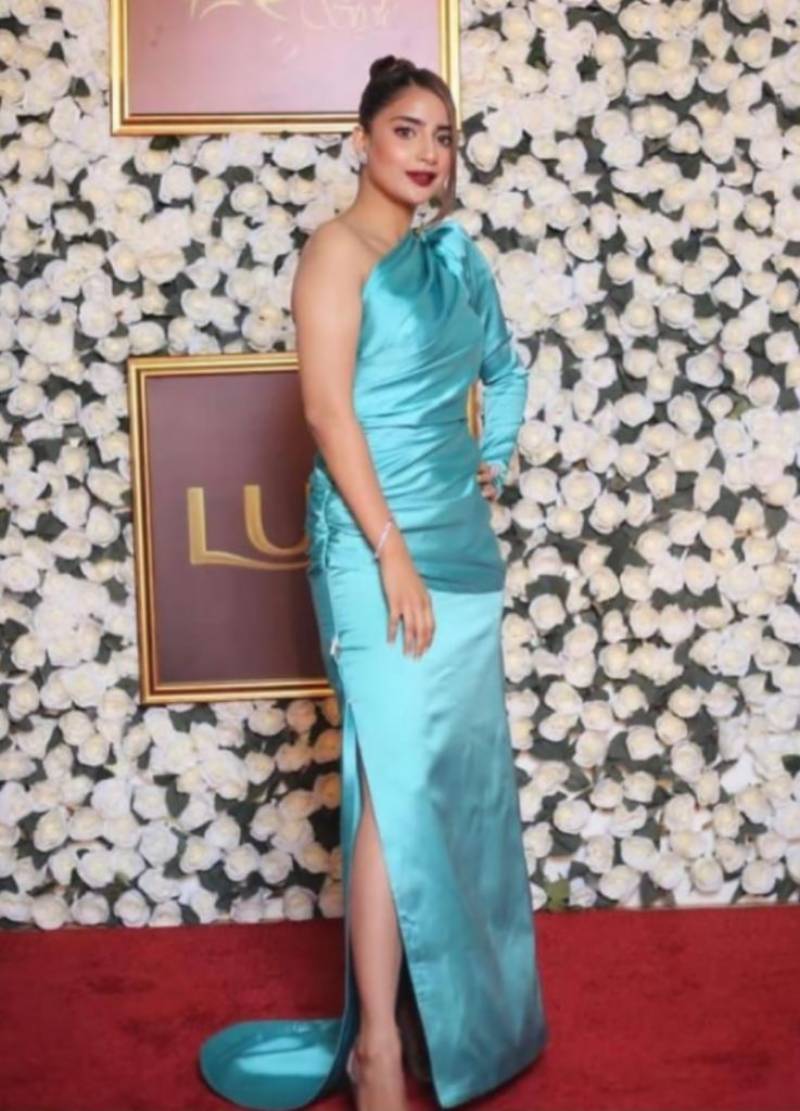 Look, the way a person carries a dress is what makes an ordinary dress stand out. The way it fits and the way you look is what makes a dress look amazing, anyone can take it off the hanger and wear it…I just don’t love the way it’s being carried by the actress. She could have done better. 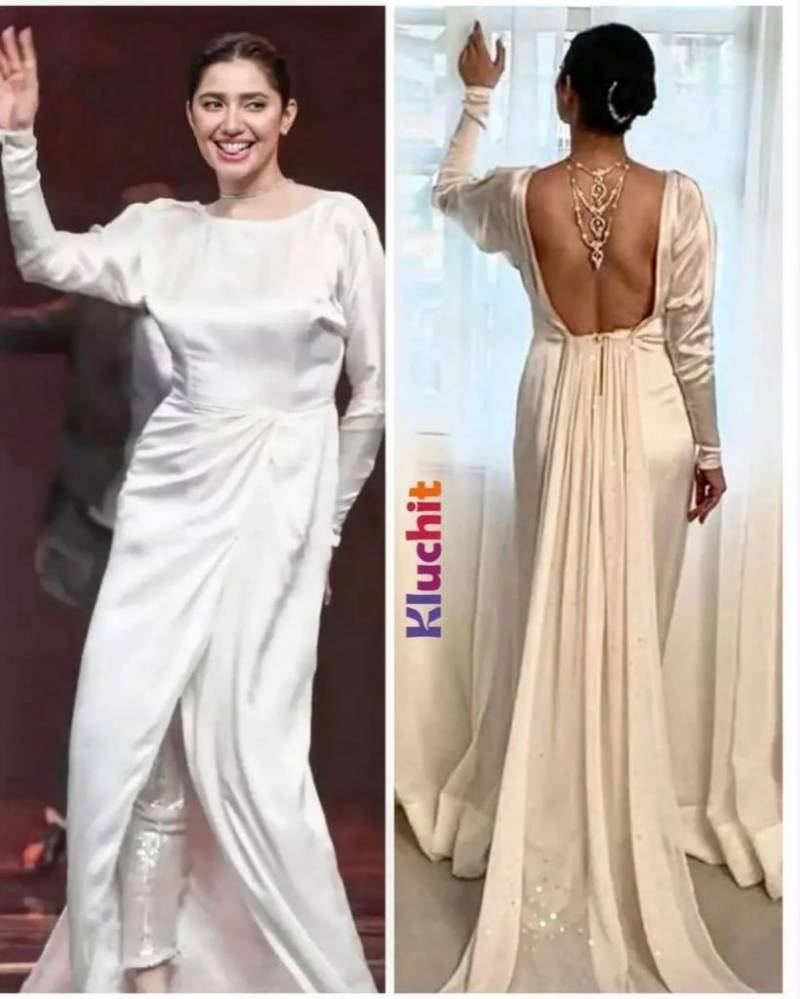 It just looks bad, honestly though. It’s not just the drop necklace at the back, or her shimmering pants. Something about this is just off, although I loved how her hair was done. 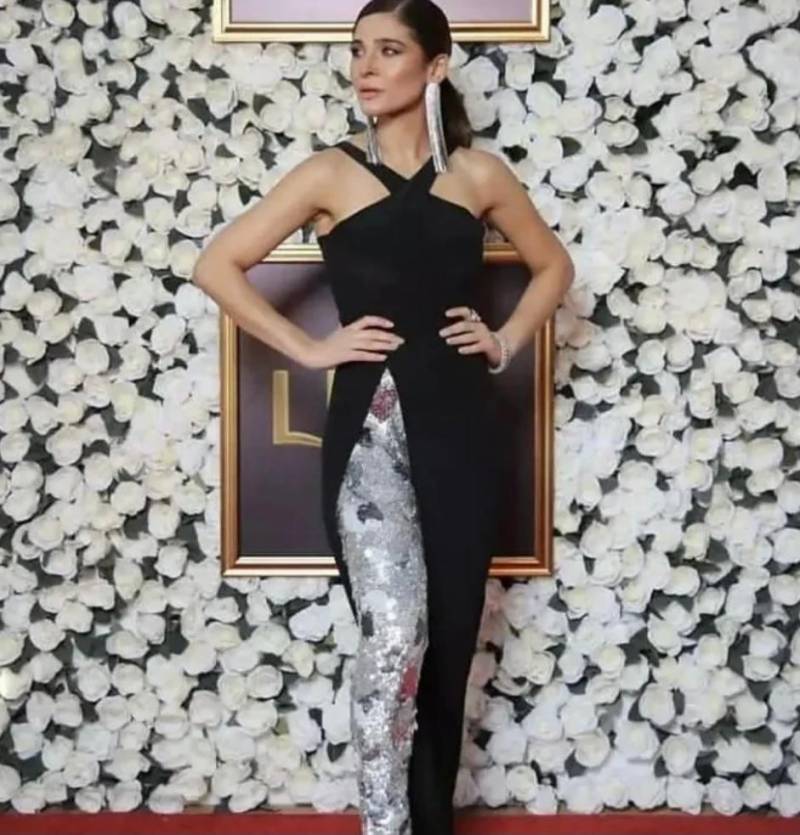 The first dress she wore was definitely amazing, but the second one with the shimmering pants…why? Just why?

Some can love it and some can hate it. It honestly depends on the person, this is a western look and personally I don’t love the way she’s carrying it…nor do I love her wet hair.

Raaz e Ulfat’s OST proves to be a worthy contestant at the LSA ...