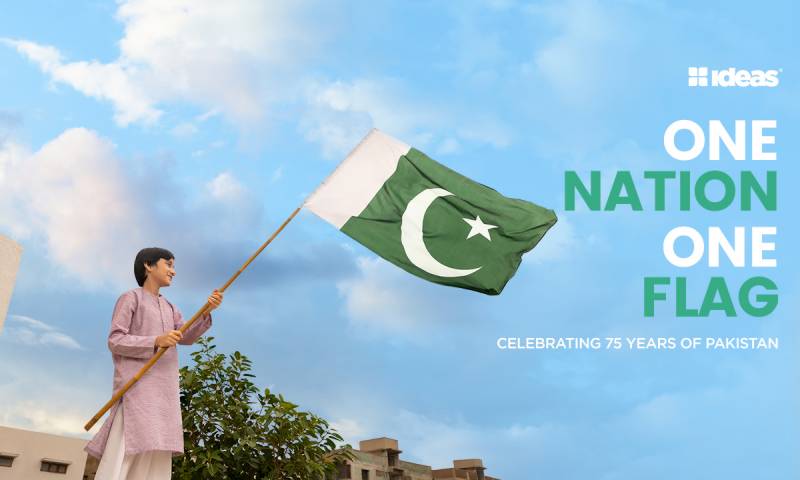 Every year Pakistan celebrates its Independence Day on 14th of August. From having stark differences to evolving into one nation, the journey of becoming PAKISTAN is painted in different colors of sacrifices by our forefathers.

Fast forward to today - it is clear that we have strayed away from our purpose as a nation - the purpose of being a beacon of unity and tolerance. To remind us of the significance of our flag and what it represents, IDEAS has created a digital short film that aims to unite us once again under one banner, one purpose, one Pakistan.

The emotionally provoking film not only details the situational differences between the people but also gives sentimental insights about how we, as a nation are truly one, through the meaning of Pakistan’s flag.

The film opens up with a man in his early 70s returning to his homeland in search for his flag. However, he is perplexed to see many colors hoisting in the air. For him, the green and white flag with crescent and star is the only flag he believes in.

“The green and white colors of our nation's flag represent the promise of unity, peace, and tolerance for all Pakistanis.”

This digital campaign gracefully presents a tribute to the Flag of Pakistan and highlights the importance of Parcham-e Sitārah o Hilāl (Flag of the Star and Crescent), the true representation of our unity.

Pakistan Excellence Award Pays Tribute To The People of Pakistan This ...