Hum Style Awards 2021; An Insight Into The Entitlement Over Women 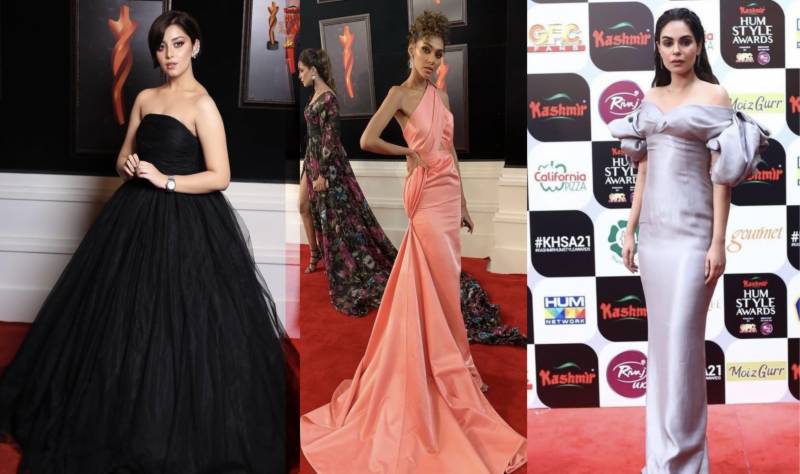 Hum Style Awards 2021 took place on 3rd July, causing a storm of displeasing reactions from the viewers. The negative feedback continued to transform into a critique on the cultural integrity of Pakistan and how the actresses at the ceremony were wearing immoral clothing that did not represent the country.

There were various forms of criticism, with the majority of the fashion-based journalists calling out the unappealing style of all the celebrities. Another prominent judgment was the clothes of women, centering on their unethical style and westernized approach that was inferior to the Pakistani clothing ways.

An important aspect of this reaction is how it is largely focused only on women. There is criticism towards men from the fashion point of view, but if we analyze the judgments surrounding women, they cater to a range of objections on clothes, body shapes, religion, and representation. It is almost certain that women were the highlight for the displeasure of most viewers, and this hints towards a bigger problem in society; entitlement of women.

Women are the center of attention when the conversations stir towards clothes, bodies, and skin. The reactions of the Hum Style Awards 2020 are perfect examples of believing like women can't make decisions about their outfits and style. It also addresses a serious dilemma about the entitlement over what women do and wear.

In a patriarchal world, it is always a struggle for women to have control over their bodies and clothes, and this event proves to be one as well.  Many celebrities such as Ayesha Omer, AlizehShah, Sarwat Gilani, and Maya Ali went for a western fashion look instead of an eastern one. These celebrities including others were also scrutinized for not supporting local culture and supporting Hollywood red carpet appearances.

Although there is the truth that the modern Pakistani mediaindustry is filled with imitating cultural looks and techniques from foreign countries, it still is a choice to be inspired by different cultures or to present oneself connected to Pakistani cultural standards. This criticism, among others like body-shaming, continues to show the side of society that is adamant about controlling what women do, whether that is someone belonging to their own house or a celebrity on-screen.

In the end, what is so wrong with women wearing whatever they desire, and why are women the highlight of every criticism related to cultural honor. Majority of the reactions did not mention men wearing tuxedos or clad in western clothing. In this society, women are the target of control and entitlement; this event is an addition to cases that highlight the need of people to let people live and let women breathe without being pointed out for being culturally dishonest.

Live Updates: Everything You Need To Know About The QMobile Hum Style ...