Last month, Funoon London presented Karachi-based band Sounds of Kolachi at a sold-out event, as part of the Bloomsbury Festival.

In their first performance in the UK, Sounds of Kolachi’s three main musicians - Ahsan Bari (guitar and vocals), Waqas Hussain (sitar) and Gul Muhammad (sarangi) supported by Birmingham-based band Khaleeq, performed a set featuring SoK’s well-known songs, as well as some improvisational collaborations. The set also featured the Grewal Twins–UK based sisters Sukhman and Hernoor who are Kirtan and Punjabi folk singers. 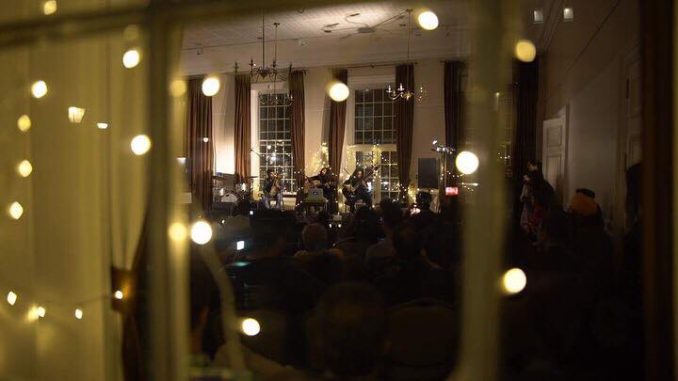 The result was an entirely fresh, innovative sound – a combination of Sufi kalam, Punjabi and Sindhi folk, rock, jazz, and blues. A first for both Pakistan and London. The band performed their well-known tracks Allah hi Deyga, Man Mora, and Tarana. They also did a beautiful, hypnotic rendition of a kirtan (Sikh devotional song) in a collaboration with the Grewal Twins. Their rendition of Mast Qalandar was bold, new, and included improvised sections, including a fantastic jugalbandi between Ahsan on the guitar and Ash (surname) on the drums, and then between Ahsan, and Waqas on sitar. 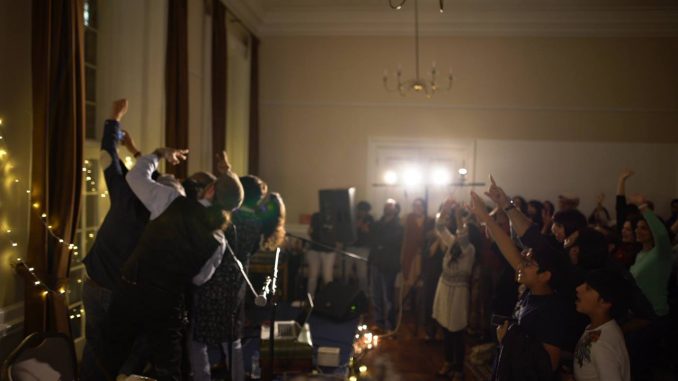 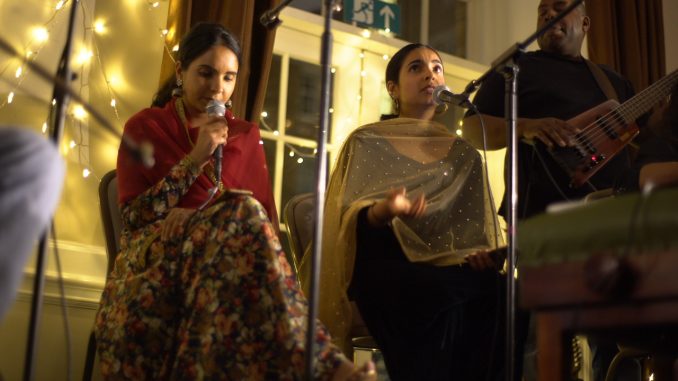 Nadia Rahman,co-Founder of Funoon London said, “This was an evening of unbridled creativity. What Ahsan Bari, Sounds of Kolachi and friends did that night was equal parts moving, thought-provoking and mind-blowing. Watching the audience be taken on a journey of unexpected and unfamiliar yet totally beautifuljourney was a privilege. The Funoon Salon was set up to platform exactly this sort of original, ground-breaking musical talent from South Asia.”

Ahsan Bari, composer and vocalist of the band further added, “Our U.K debut was a wonderful experience. We have explored the possibilities of collaborating with the musicians from different cultures and dimensions.  We are looking forward to our U.K tour in 2018 and more collaborative work with Funoon London”

The performance was made possible with the support of the Pakistan Society, the Bloomsbury Festival, Goodenough College, and Talli Joe, a popular Indian regional food restaurant that provided delicious canapes and masala chai to the audience. The performance was streamed via Facebook Live.

You can view it here.

Funoon London is a well-known website and events platform which celebrates the best of South Asian arts and culture in London. It covers music, theatre, film, dance, visual art, food, fashion, and crafts from Pakistan, India, Bangladesh, Sri Lanka, Afghanistan and Nepal. It was shortlisted as one of four finalists for best website at the Asian Media Awards 2017. 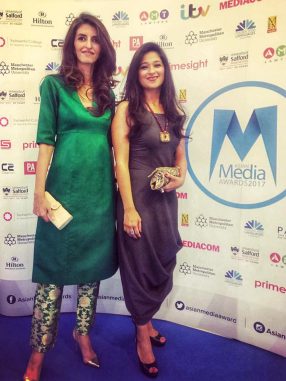 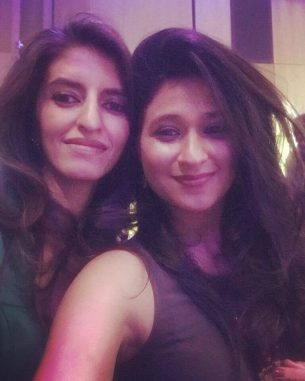 Funoon’s first event as part of their ‘Funoon Salon‘ brand was an intimate evening with Coke Studio stars Ali Hamza, Bilal Khan, Natasha Khan, and emerging singer Noorzadeh Raja (see coverage of the event here and here). They then presented Pashtun band Khumariyaan at the Southbank Centre’s Alchemy Festival in May 2017 (see coverage of that here, here, and here).

Funoon was founded in 2013 by Seema Khan, an international development consultant, and Nadia Rahman, a human rights campaigner at Amnesty International, and now has a team of six editors and writers, all of whom work on an entirely voluntary basis.

Some tweets from the night:

@FunoonLondon We were privileged to be part of a wonderful evening. Well done on organising such a superb event #FunoonSalon pic.twitter.com/P2pu8LAzhv

Behind the scenes at the #FunoonSalon. Plating up @TalliJoe's excellent canapés to feed over 150 people. 👏🏽 pic.twitter.com/q7KAwUq20P

Hugely grateful to @goodenoughc for hosting the #FunoonSalon again tomorrow. It's the perfect home for our warm, fuzzy eve of song & stories pic.twitter.com/6jsDlukPZW

Patari Tabeer's Fifth Episode Is a Journey Back To Rich Cultural ...