In their first performance in the UK, Khumariyaan took to the stage in the Southbank Centre’s Clore Ballroom to a packed audience, and promptly brought the house down.

They started off with the sure-fire Bela, and then presented two collaborations with British-Indian singer Sabiyha, one of which was a beautiful rendition of House of the Rising Sun. True to their signature performance style the tempo increased as the concert went on, as the band performed rousing, extended versions of their hits Tamasha, Zwangeer and Surr Mangay. 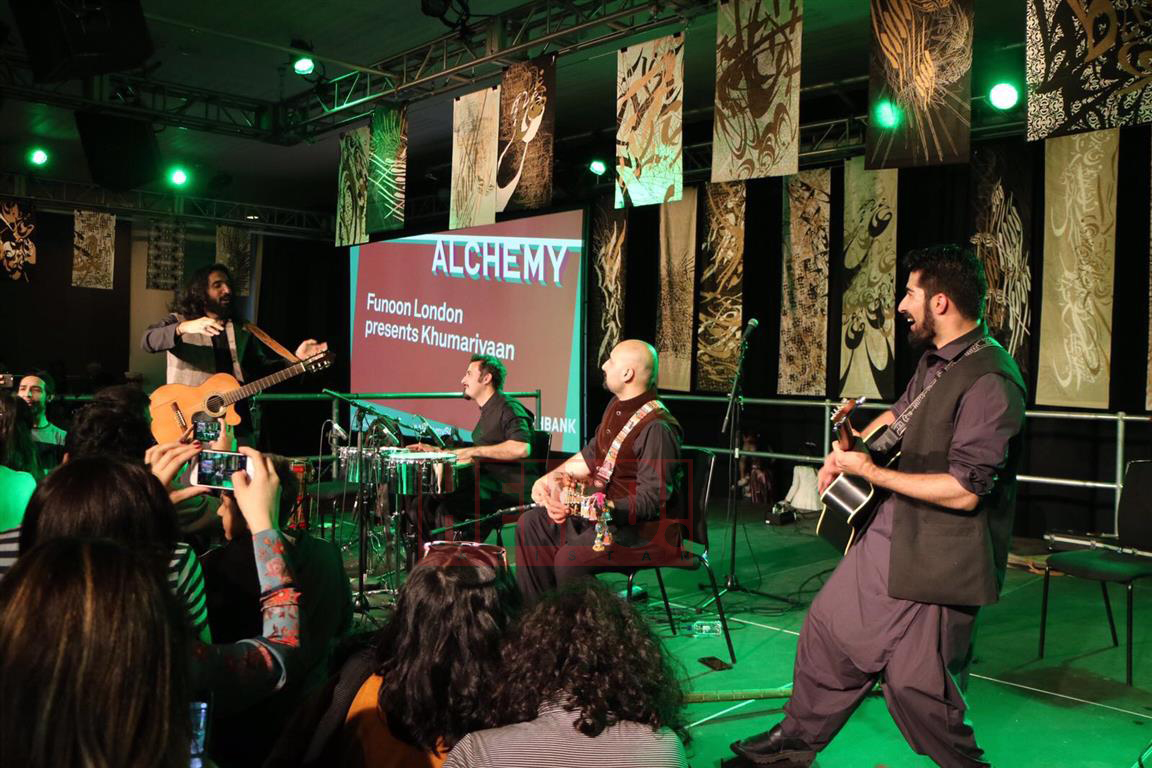 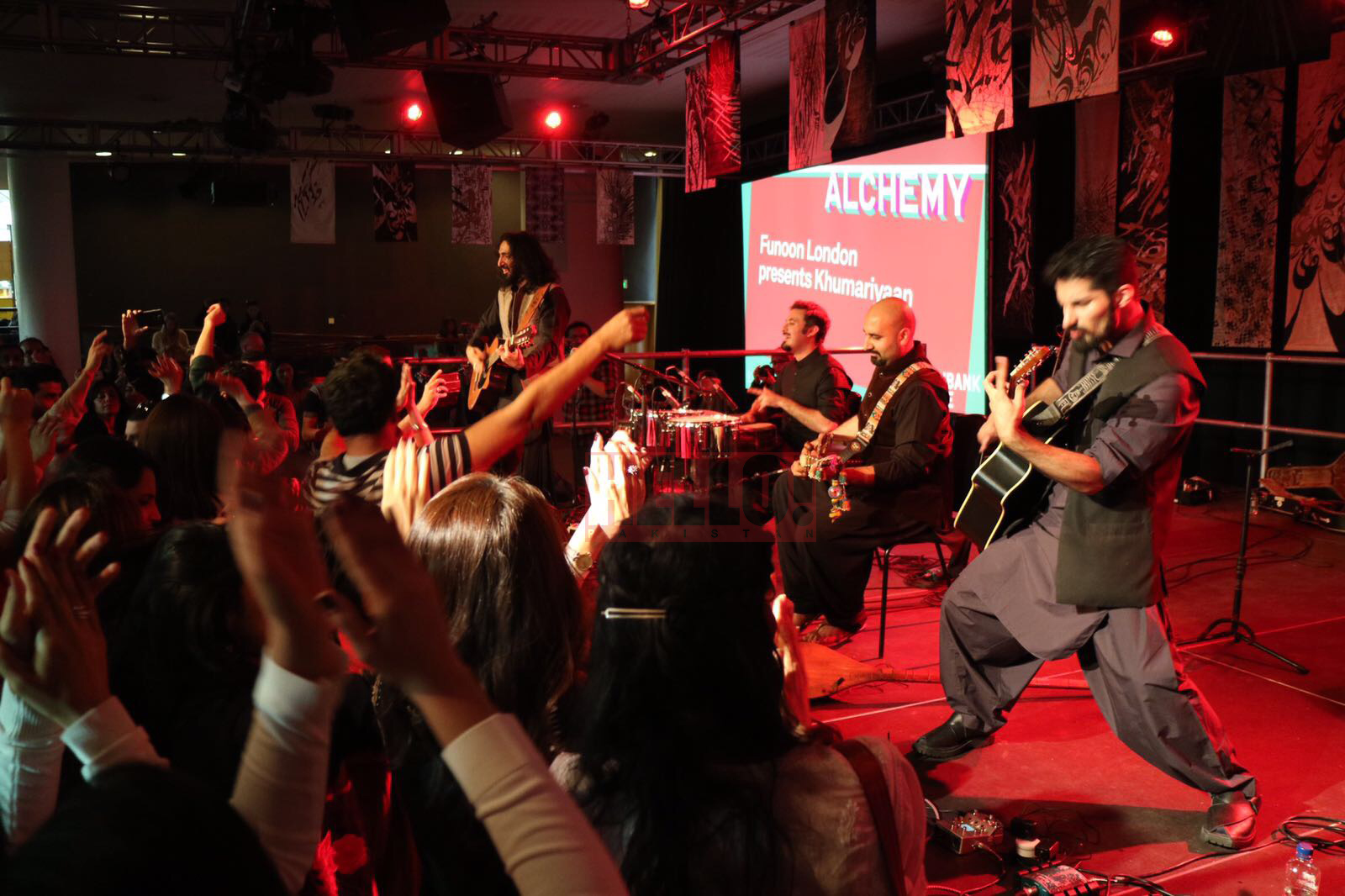 About 1,000 people in attendance rocked along to the concert - cheering, clapping and dancing in groups throughout the venue. Several members also told the organisers that it was the first time they had seen the Clore Ballroom come so alive. 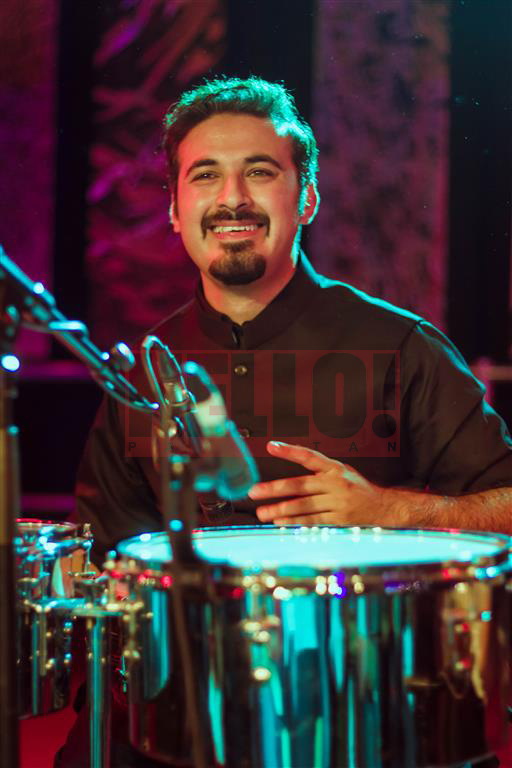 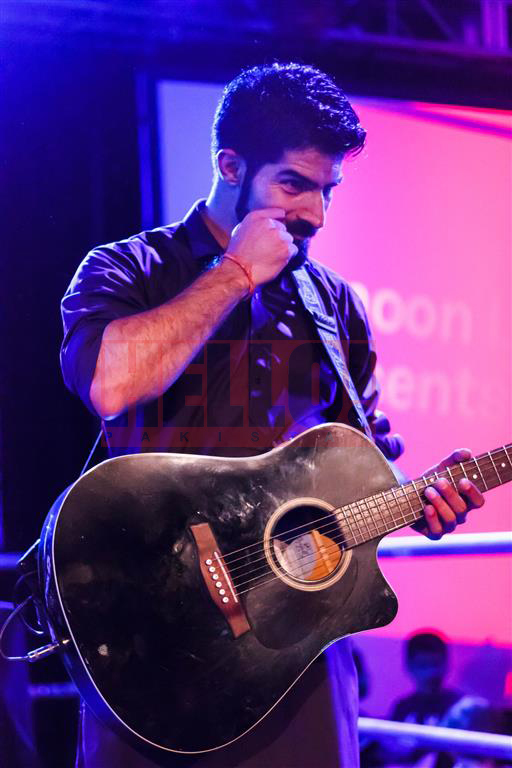 "We couldn’t have asked for a better UK debut. The love and excitement shown by Funoon and the belief that they had in us and on the Pashtun youth as incredible, and we salute their vision. We also salute the audience, and their open-mindedness in coming to see us in such numbers – not just Pashtuns but people from so many different backgrounds. It was every musician’s dream.” 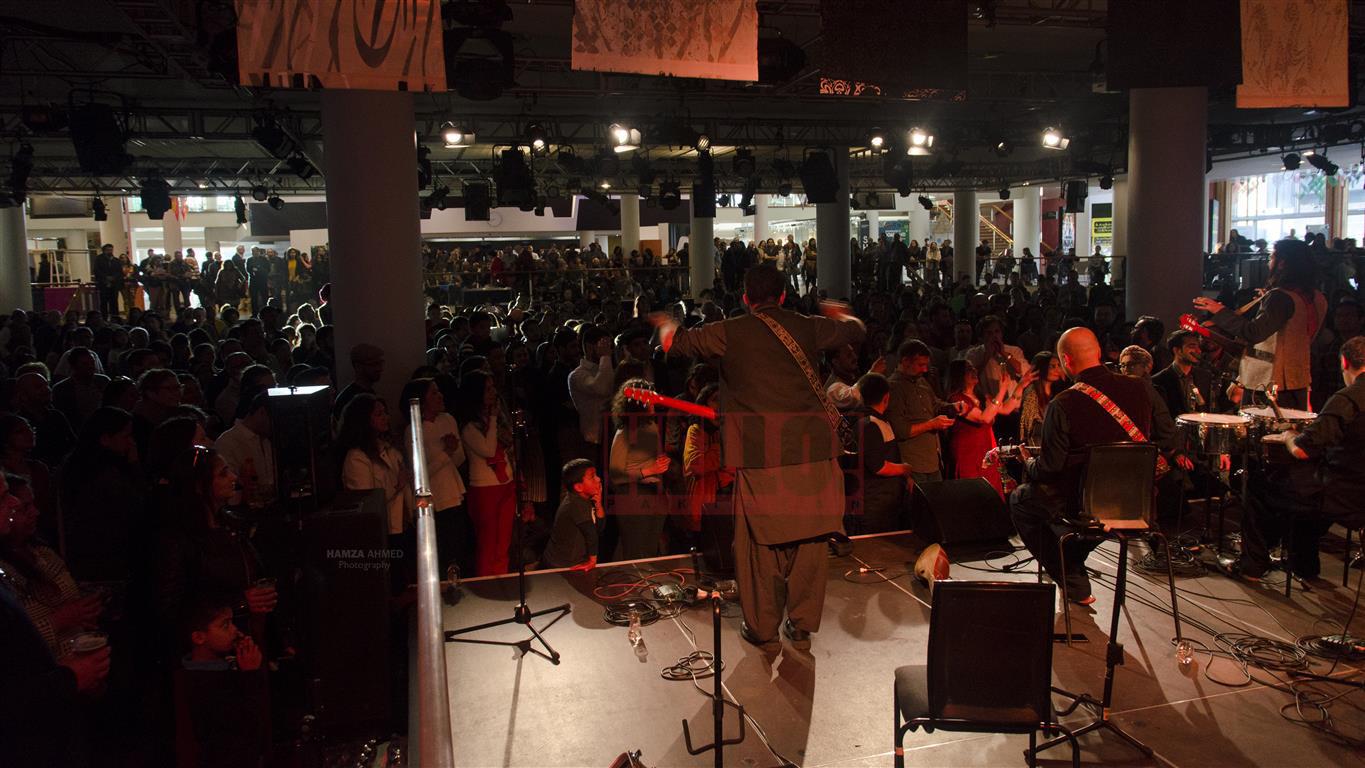 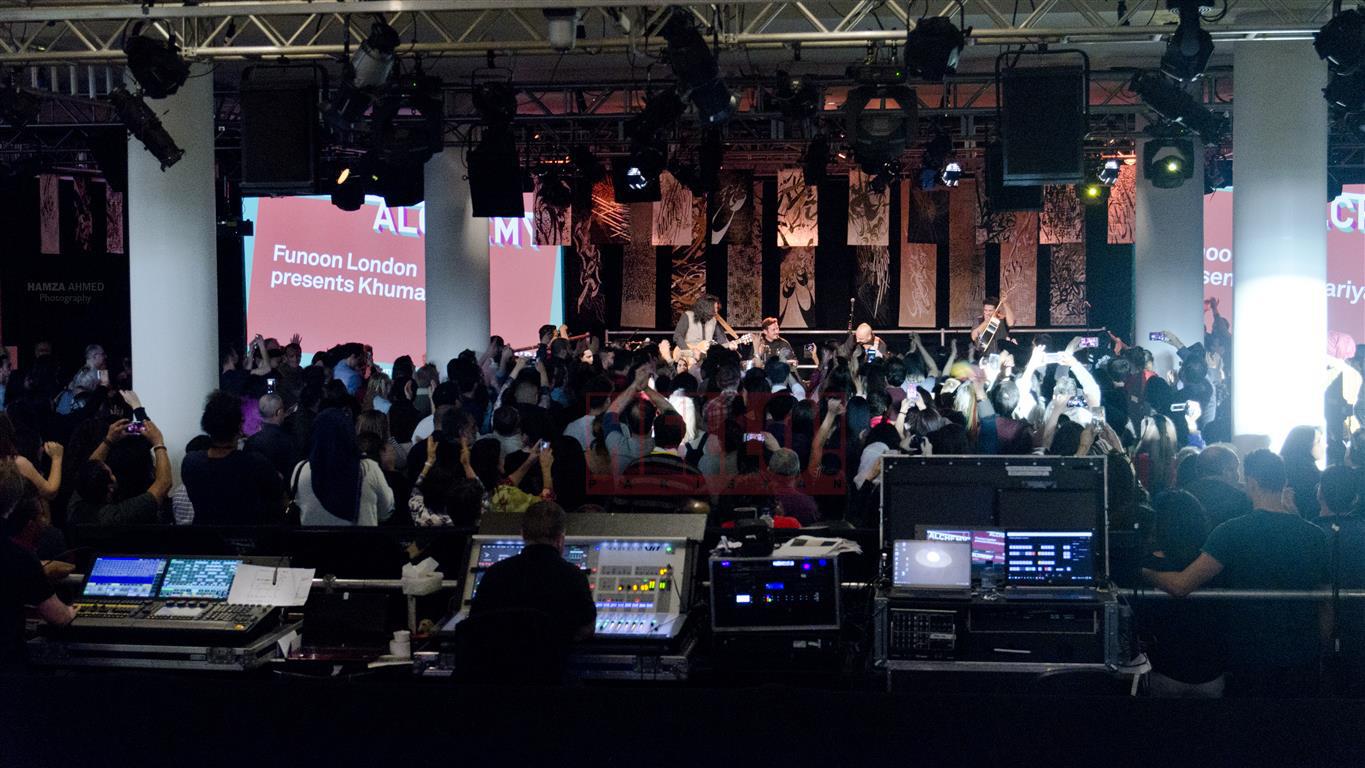 Khumariyaan demonstrated their exceptional live performance talents, with all the band members taking turns to engage the audience, with both guitarists Aamer Shafiq and Sparlay Rawail dancing along the excited crowd. 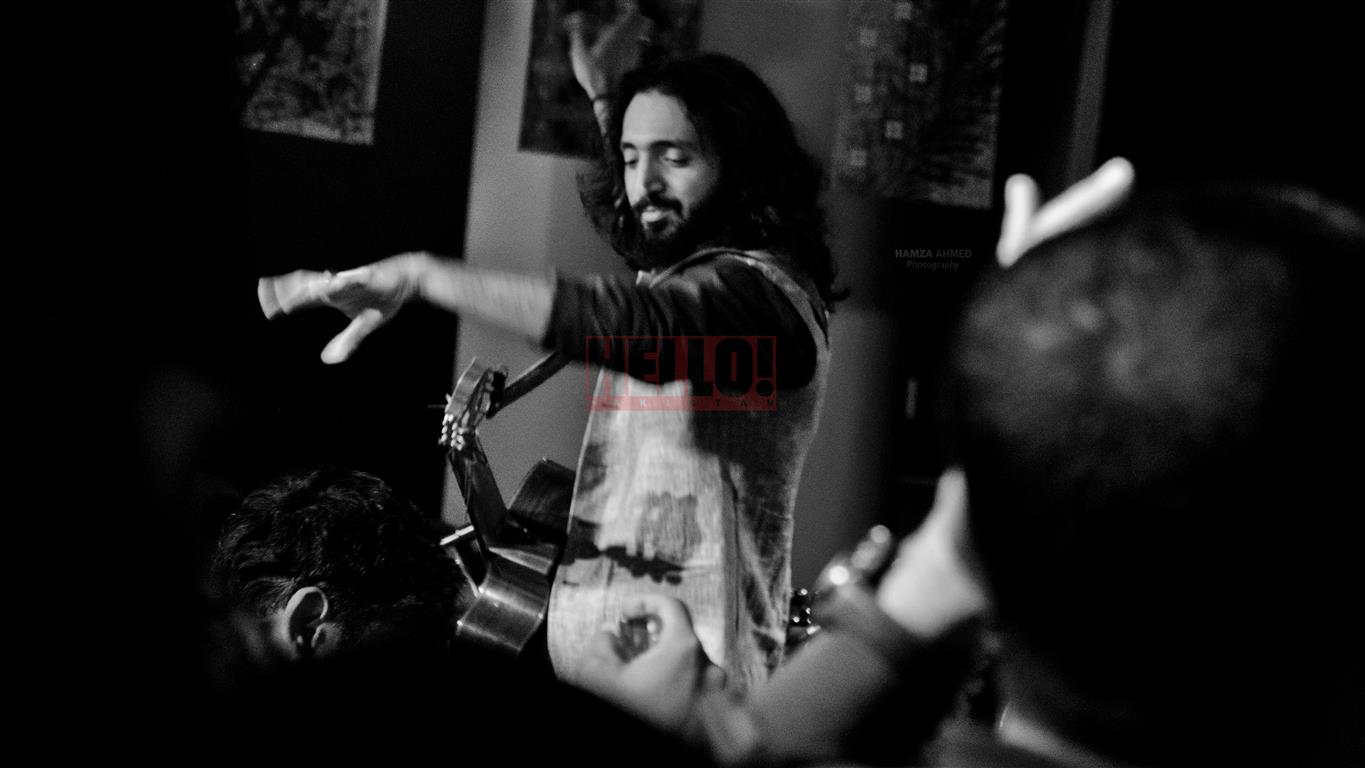 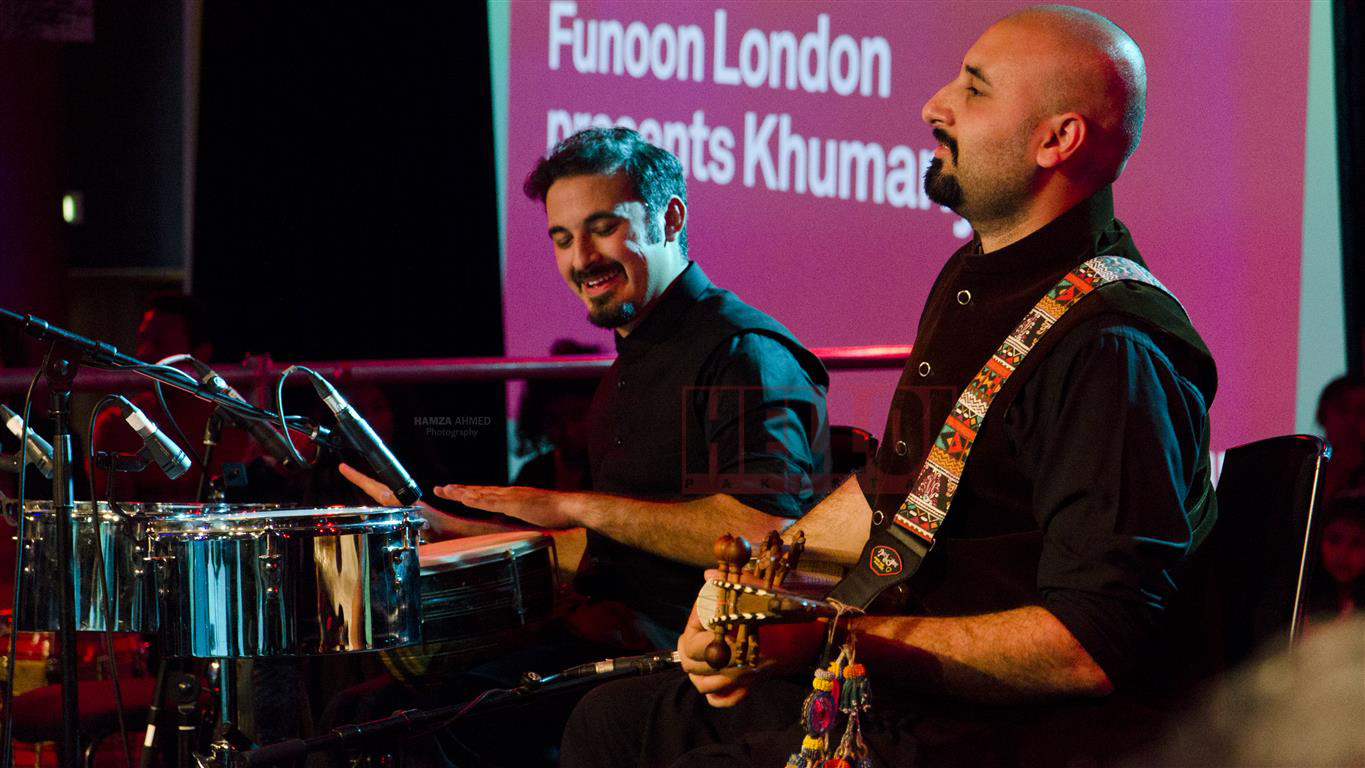 It was a remarkable and memorable introduction to Pashtun music and dance, which also exemplified the incredible power of music to bring different people together, and enable them to connect with each other-- surely music is a universal language that has no barriers.

thrilling - one of the best I've been to in all these years of coming to the Festival. There was a huge turnout, with people of all backgrounds and ages singing and dancing along. The band are superb performers, and

London loved them. It was exactly what we set out to do when we founded Funoon: provide a platform to exceptional new talent, amplify voices and sounds that don’t often get heard in the mainstream, and celebrate the incredible diversity of London.”

The performance was streamed via Facebook Live to a huge audience including Pakistan.

A few tweets from the performance in London: 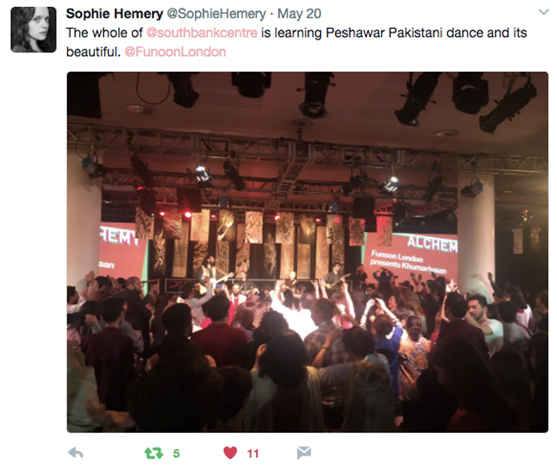 Mera Virsa Mera Khazana: A Celebration of Heritage and Culture ...