APS survivor Ahmad Nawaz who survived the 2014 terror attack on his school in Peshawar has become the first Pakistani to receive the prestigious Princess Diana Award for his humanitarian efforts in London.

In 2014, he managed to escape the terror attack on his school by pretending to be dead but witnessed his teacher being set on fire.

The Diana Award was founded as a legacy to Diana, Princess of Wales and her belief that young people have the power to change the world. Since 1999, the reputable award has recognised over 45,000 ordinary youngsters who have made an extraordinary differences to their communities. 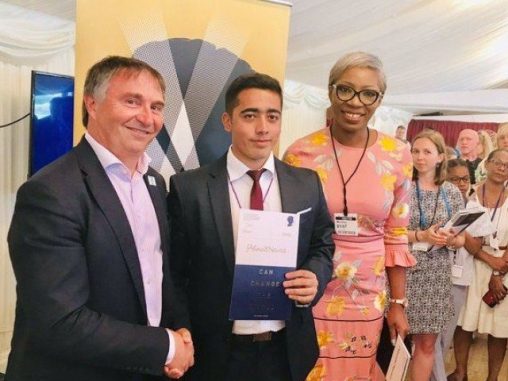 Multi-Talented Mariam Saleem Nawaz On All The Different Roles She ...

For Flawless Skin You Need to Steal these Anti Aging Secrets