Multi-Talented Mariam Saleem Nawaz On All The Different Roles She Plays In Life!

Multi -talented is a term that is thrown around too easily these days but sitting down to talk to actor, content creator and baker Mariam Saleem Nawaz one feels that in this case the epithet is entirely deserved. We chatted with Mariam about why she feels the need to act, her thoughts about about the Pakistani entertainment industry and her latest role in Mehreen Jabbar’s ‘Ek Jhooti Love Story’! Read on…

Let’s start off with you telling us a little bit about yourself. You’re an actor, content creator and even a baker. Which of those categories do you feel most accurately captures who you are?

At the very core, I'm a creative who enjoys seeing people react to the things I create. Whether it’s a character, comedy or walnut pie. People enjoying what I create, holds a lot of meaning for me.

How did you find your way into acting? Was it something you’ve always wanted to do or like so many others in the industry did you accidentally discover your passion?

I think I must've been 5 or so, gushing over actors and marvelling at all the different characters they'd play. It took me a while to understand how one person could be so many different people but it really fascinated me and I knew then I wanted to do the same.

You’ve acted both in theatre and on television. Which do you prefer and why?

Any actor who's done theatre would pick it over acting front of the camera. There's something so much more fulfilling about going through the emotions of your character in actual chronological order, as opposed to shooting scenes in a format that is more suitable to the production plan. There's also the rush of excitement mixed with nervousness you feel before performing in front of so many people. And of course, there’s the immediate audience reaction that tops anything else. 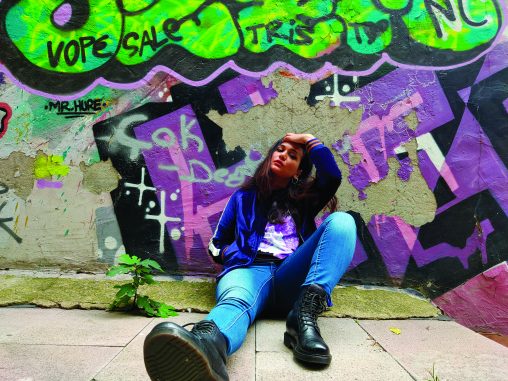 We’ve recently seen some great content come out of the Pakistani entertainment industry, on television, in film and also on digital platforms. Do you think we’re finally moving beyond the usual saas/bahu storylines?

One would hope so. We are a land of so many different cultures and diverse people, there are so many stories to tell, and yet we're stuck in one genre. Every now and then a drama does break the mould and is loved for it but for whatever reason, by and large we stick to old formulas. I do think we're moving in the right direction, but I also think we need to pick up the pace. We have brilliant writers and performers waiting for a miracle so their work can see the light of day in this country. We really need to expand our horizons and start giving people a chance.

Do you think that the increase in digital platforms has allowed for new and interesting content to be produced and will this content find its way on to our television screens any time soon?

I've done three web series. 'Saaye' by Aflatoon Studios, 'Main aur Woh' by Deikho and now 'Aik Jhooti Love Story' by Zee5. And each of the characters I've played is so different, which is saying something because they are central characters. You don't get that variation in central characters on television. You're either a good person or a bad person. Digital platforms don't have the restrictions of pleasing advertisers, or having a certain budget. All you need is a camera and whole lot of talent and you're good to go. Which is why people are taking the risk to make content that's off beat and progressive. I don’t however, see television trying to make the same kind of content. There might be exceptions here and there but television, for a while at least, will stay on the same path.

You’re part of what seems like a very interesting new web series ‘Ek Jhooti Love Story’. What can you tell us about it and the role that you play in it?

What I can tell you is that, it was made with a lot of love. Umera Ahmed has riddled the script with the most beautiful life lessons and Mehreen Jabbar has elevated it with her direction. The actors are all exceptional, and I could go on and on about them all day. My character is Shazia, she's a middle child, with little self-control when it comes to most things. But she's brave, she's introspective and you see her grow. She's one of my favourite characters that I've ever played. 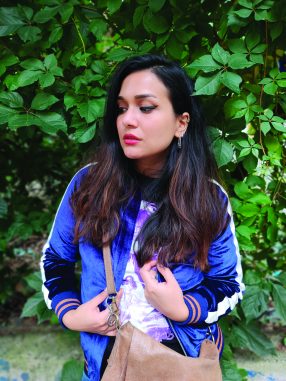 What’s next for Mariam Saleem Nawaz?

I'm a new age hippie, or 'malang' as my mother liked to call me. So, I guess wherever the wind takes me? As long as I'm creating and making people happy, I'm good.