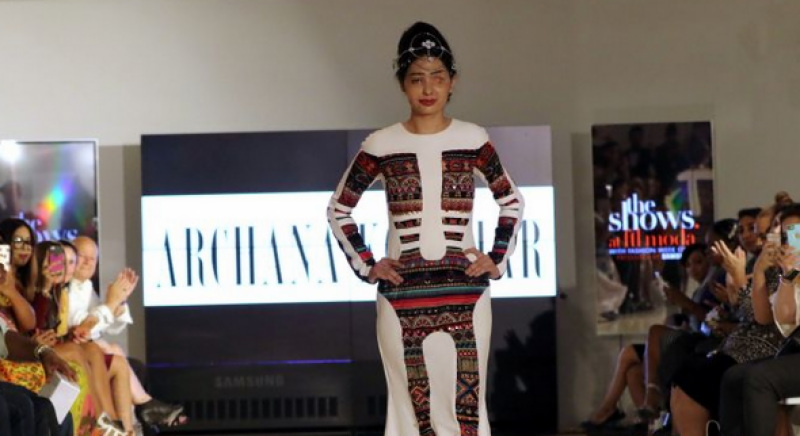 Just last year 19-year-old Reshma Qureshi went viral for her empowering videos that were being circulated as an attempt to create awareness about the frequency of acid attacks in India. And now, this girl is unstoppable, she's taking that same message straight to the ramp at New York Fashion Week. On Thursday, Reshma opened the show for Indian designer Archana Kochhar, looking absolutely ravishing in a white long dress with colourful, patterned panels and a delicate silver headpiece - creating a mystic, fairy like appeal to the look. 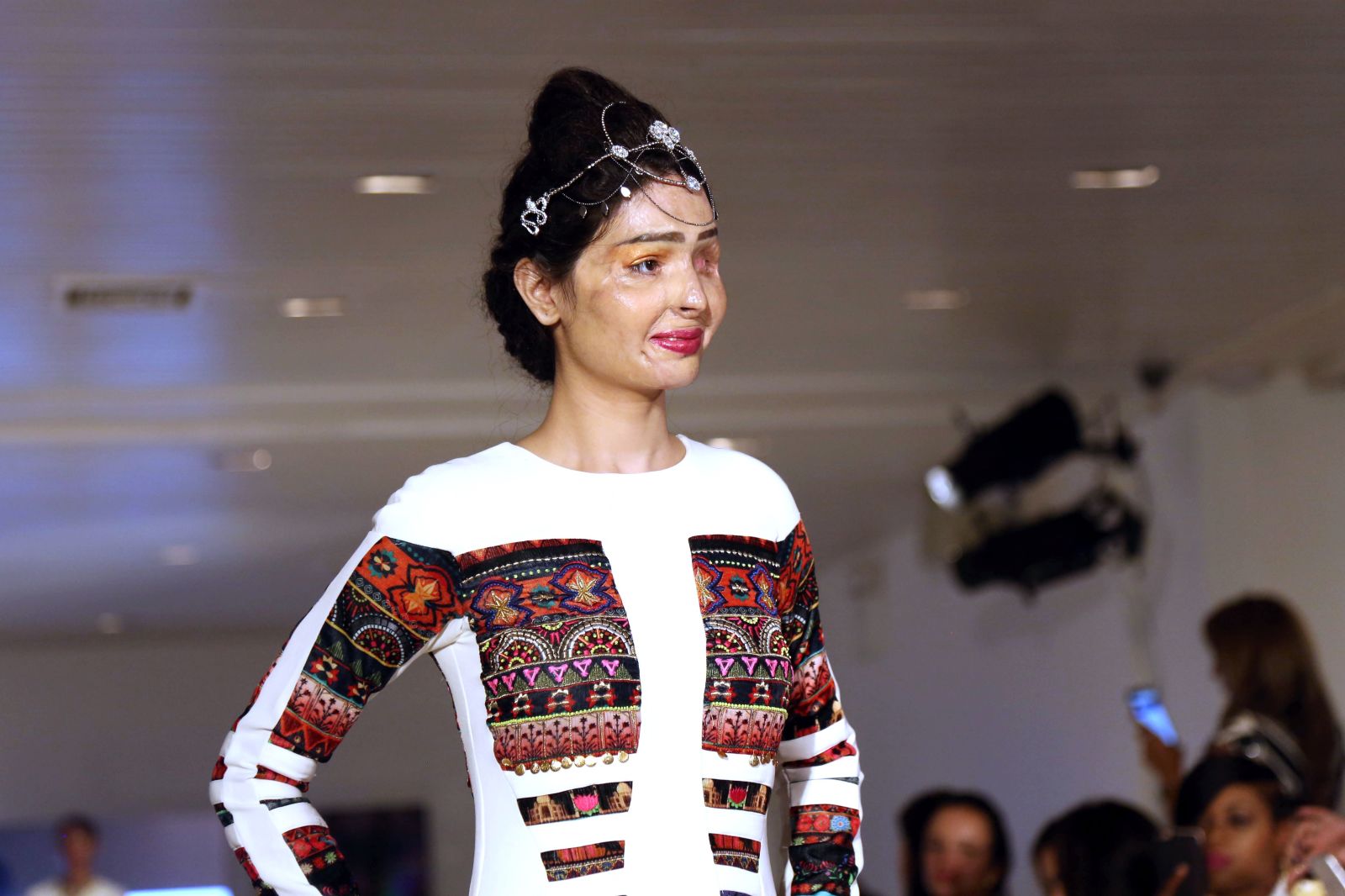 Her powerful messages are commendable and almost heartwarming, providing hope and courage for all the countless acid victim survivors. This woman is incredible!

"This walk was important to me because there are so many girls like me who are survivors of acid attacks, and this will give them courage," Reshma said, according to the Associated Press. "And it will also go to show people who judge people based on their appearance that you shouldn't judge a book by its cover — you should look at everyone though the same eyes." 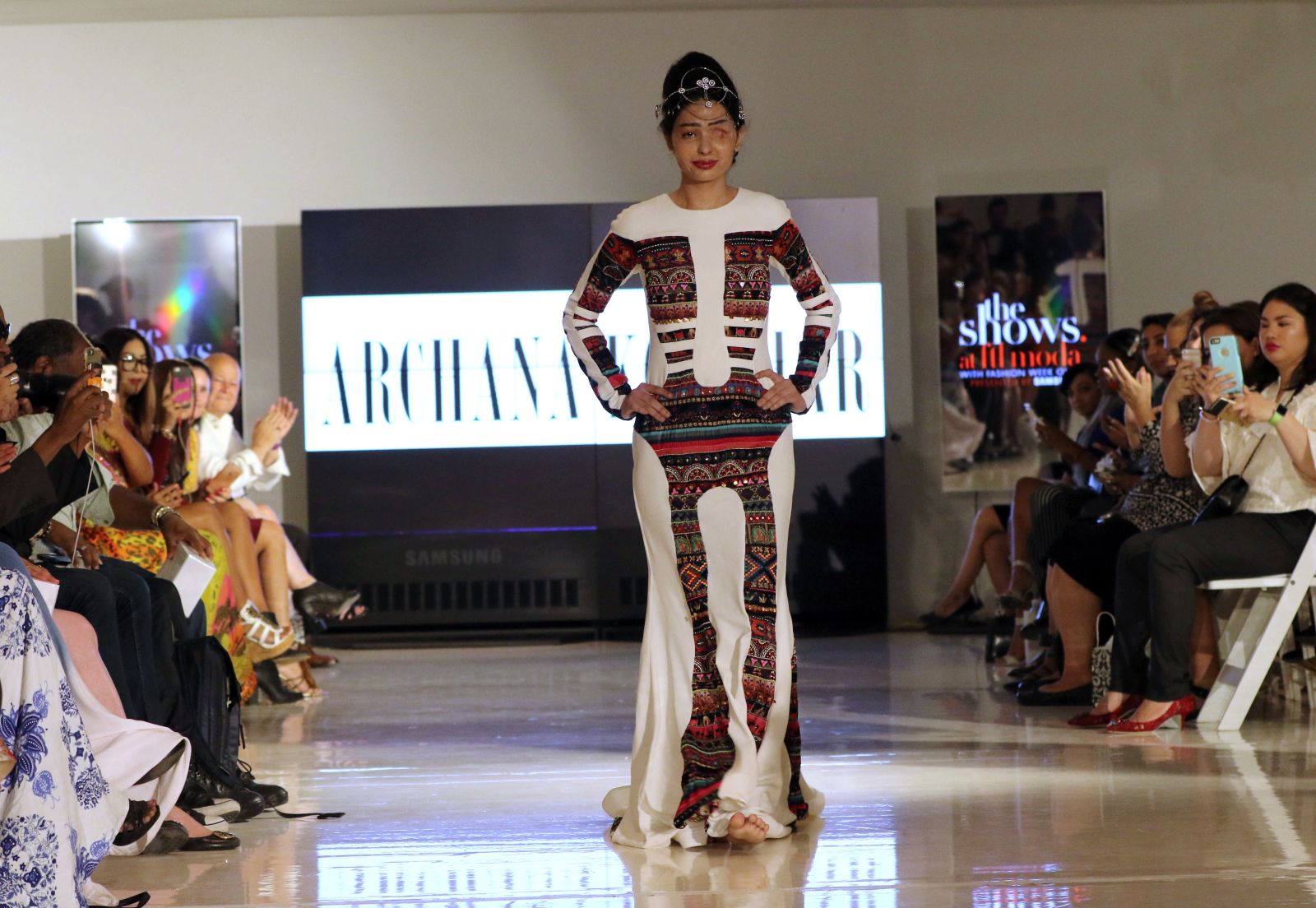 Reshma, was the victim of an acid attack in 2014 which caused her to lose her left eye and suffer severe burns to her face. In an interview with the BBC, she said that when she first saw the outcome of the attack, she began to contemplate committing suicide, however through her work with the charitable organisation - Make Love Not Scars, she has since found the courage to move past this and do something.

"I never thought in my wildest dreams that something like this would happen to me," she said, "and that I would be coming to such a big place to walk on such a big stage."

ANOTHER SOUL FALLS VICTIM TO A HEINOUS CRIME