This photograph surfaced today on Twitter with a carefully worded Twitter post by Tehmina Durrani, acclaimed author and the wife of former Punjab Chief Minister Shahbaz Sharif, in which she thanks the Quaid-e-Azam for his service to the nation. 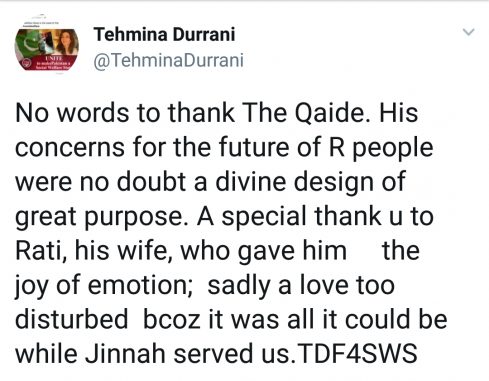 However, the Twitterati are in a rage and have called out this picture as fake. We went and did a little research of our own and found the image of the female figure has a striking resemblance to British actress Indira Anne Varma – you may remember her in Game of Thrones as Ellaria Sand. 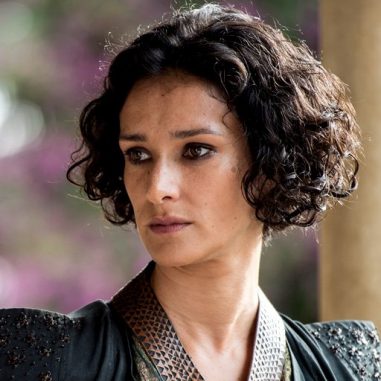 Indira Varma starred in the 1998 Jamil Dehlavi film Jinnah as Rutti Jinnah, also starring Christoper Lee as the older Jinnah.  The film also included Richard Lintern as the younger Jinnah, very much the man in the photograph that Tehmina Durrani shared on Twitter. 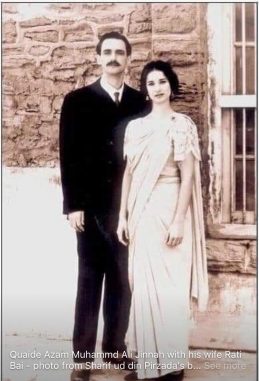 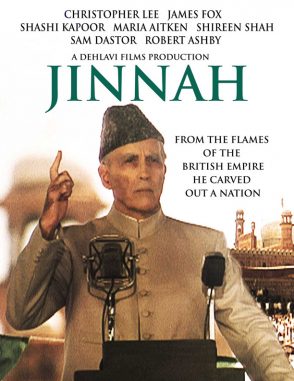 Mystery solved. We would advise people in high places to share the correct information on Social Media.

Remembering Jinnah: A Man of Style

Embassy of Pakistan in Berlin Celebrates Pakistan Day with The ...