Hello! met Alamdar Hussain on a warm summer day in Islamabad — we made the trek out to Bani Gala, on the capital’s outskirts, to visit the set of his first television serial. Alamdar is fresh, passionate and surely has the looks that will get him all the right attention. We’ll let you be the judge of his acting once his debut drama, Main Khayal Hoon Kisi Aur Ka, where he can be seen alongside Ali Rahman and Hareem Farooq. We chatted to this 26-year old actor on his TV debut and silver screen aspirations.

I was born and brought up in Peshawar, where I lived until the age of ten, after which I moved to Manchester, UK where I’ve lived most of my life. I’m from a Pakhtoon background — my dad is from a place called Parachinar and my mum is from Teera and she’s also half British, as my grandmother was from England. Growing up in England, I had a very simple lifestyle, which included studying, playing a lot of sports and occasionally, going out with friends. I studied Sports Science and Management at O and A levels, and decided to do my degree in it as well.

What inspired you to become an actor? Do you see this as your fulltime profession?

Yes, I love acting. Watching actors like Leonardo DiCaprio, Matthew McConaughey and Tom Hardy while growing up constantly inspired me to be an actor as good as them, someday.

Growing up in the UK and landing an acting career in Pakistan, how did that happen? Did you do any acting/ theatre work in the UK?

I always wanted to be in the field of acting and entertainment, but never really followed up on it earlier. Then I got the opportunity to be cast in Janaan, which didn’t really end up happening either. So, I continued taking private acting classes back home, for practice and for fun. Eventually, I got called up for an audition for Main Khayal Hoon Kisi Aur Ka and thought it was the perfect opportunity to learn and pursue my dream upon selection. 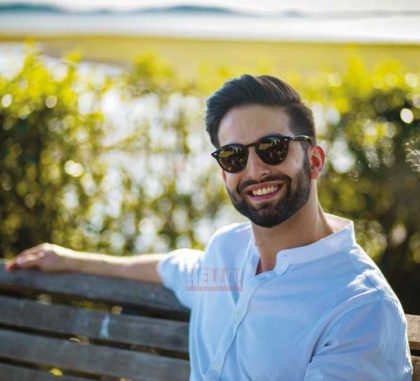 You got the script. When you read it for the first time, what did you feel about the drama Main Khayal Hoon Kisi Aur Ka?

I thought my character was interesting and relatable in the sense that I too live in the UK, so I was confident I could play it fairly well. The story is also different to what you normally see on TV these days and the script is well written.

My character Arian has spent a lot of his life in London to study and work. On return to Pakistan, he falls in love with a girl, rushes to marry her but complications occur thereafter. I prepared for the role by working really hard and learning from Ali Rehman and Hareem Farooq. It wasn’t just the main cast that helped me but also director Imran Malik, the producer Imran Raza Kazmi and the assistant directors — they worked day and night with me so that I could perform to the best of my ability.

Tell us about the experience of having Ali Rahman and Hareem Farooq as co-actors?

Initially, it was daunting because they’re pretty big on the screen but in reality they’re both very down to earth, friendly and supportive. We enjoy acting together and having a good laugh on set. 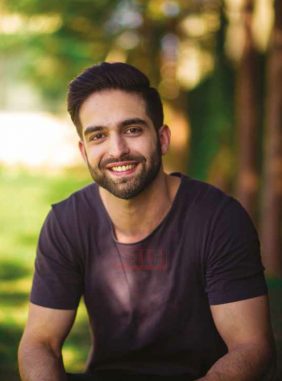 What kind of roles would you like to do in future?

I’d like to play a variety of roles, from comedy to action, and learn and grow from each role.

Who is your favourite actor in Pakistan? An actor/actress you would love to share screen space with?

Ali Rehman Khan and Hareem Farooq for sure. They’re very passionate about acting and extremely talented, and I definitely look up to them.

What have been some of the most memorable and fun moments from this drama shoot up to now?

Every day is a fun day on set, as the people I work with are very enthusiastic and lively. There have been a few funny moments on set, mostly to do with me pronouncing Urdu words incorrectly and fumbling a lot. 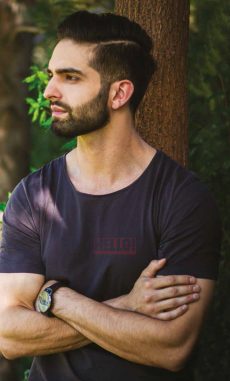 Do you have any plans of working in the film industry in Pakistan. Is that a goal or no?

Yes, definitely. I am open to all kinds of new and exciting opportunities in the entertainment industry, including working in films.

Describe yourself briefly. What are some of the positives that stand out about you?

Down to earth, fitness freak, dreamer, animal lover, friendly and fun to be around, I guess, (laughs).

Where do you see yourself in the next five years?

I hope to be a successful actor in Pakistan and maybe even internationally! God willing. 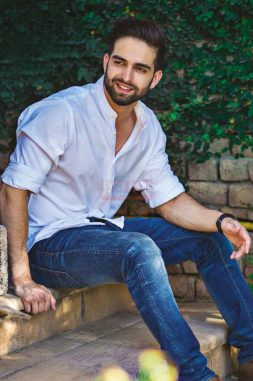 A fashion trend you can’t stand?

People who chew with their mouths open.

Nothing really. I’m quite comfortable in my own skin.

Which khuda aur mohabbat (3) character are you?