On Our Radar - Sana Shakir - Beauty, Brains and Guts 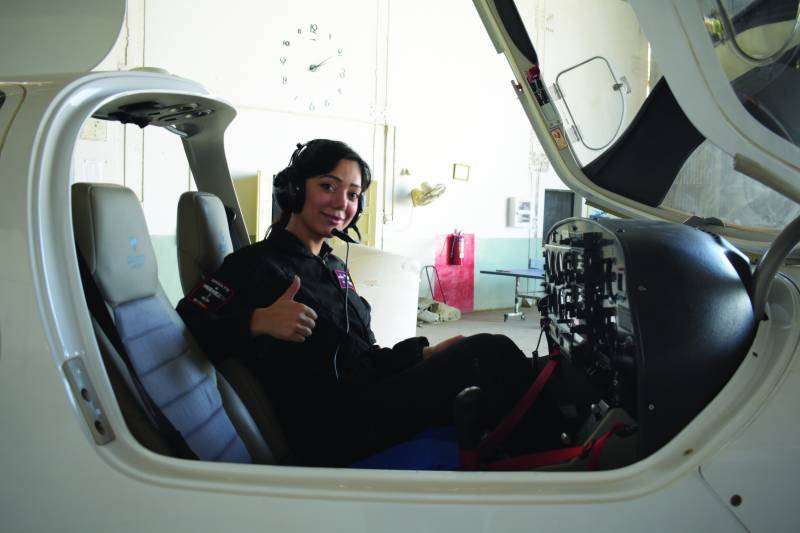 Meet Sana Shakir, the woman who is breaking the conventional glass ceiling and flying sky-high...literally

Tell us a bit about yourself and your family…

I belong to an illustrious ancestry of a royal Afghan family. Both my parents are professionals, my father was a captain of a ship and my mother served Pakistan International Airlines (PIA) for over two decades. I have a big family – we are five sisters and a brother. I was born in Quetta, Pakistan, and then left for UK for my early education.

You received your earlier education in the UK and then returned to Pakistan. What made you return to Pakistan?

I returned to Pakistan because I have always wanted to be nearer to my country, where I was born – there’s no place like home right? I also would want my children to be raised in Pakistan surrounded by our rich values and culture.

You became part of the Pakistan television scene as soon as you returned to Pakistan; was it planned or it just happened?

My stint with television just happened it was not planned as such, I however enjoyed my presence on Pakistani TV screens. 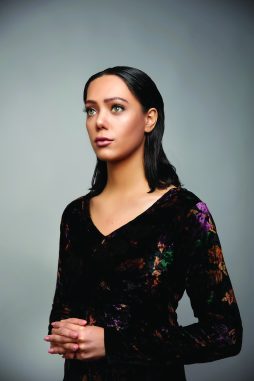 We’ve heard that you have worked in dramas and popular telefilms. Did you have a particular project that you enjoyed more than the others?

I worked in several dramas. But I enjoyed my role in ‘Teri Meri Kahani’ produced in Karachi. My role was that of a difficult and demanding wife. This was a telefilm.

What prompted you to participate in the ‘International Veet Supermodel Pageant’ ?

I was always intrigued by the Veet fashion events and therefore decided to participate. I got due selection recognition from this event in 2016 in Bangkok, Thailand.

You’ve participated in several fashion events all over Pakistan. Has it always been an aspiration of yours? To be part of the fashion world?

How did you go from pursuing fashion to becoming a pilot?

I am, by nature, a multi-tasker and although I had flying as my top passion I did not forgo my love for clothing and fashion designing. Therefore, I decided to pursue both my loves flying and creative clothing line. 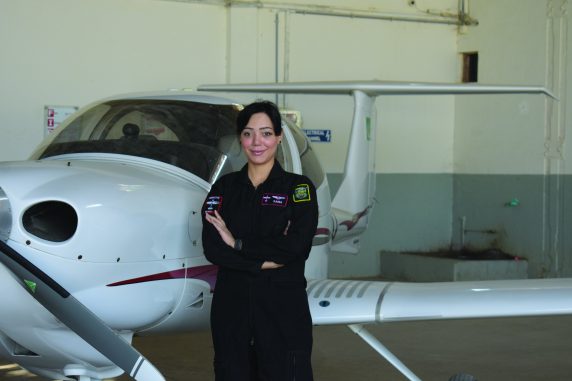 How did your family feel about your change in career?

My family was always very supportive of what I did but had their reservations about my modelling as a career this was so because I come from a background which is not modern enough to allow modelling. They were however very happy with my choice of getting professional license and to make flying my career.

Name one place you’ve never been to but will visit someday.

I have visited the world but I, for some reason or another, was never was able to visit ‘The City of Love’, Paris. I would like to visit Paris, as soon as Covid- 19 subsides.

How did you feel when you flew a plane for the very first time?

When I flew an aircraft for the first time I was not nervous at all and flew with utter confidence. It felt like being on top of the world. It was an addictive experience.

Being a pilot, what does it mean to you?

Being a pilot means the world to me. It is my true calling and I love it; especially as a career. 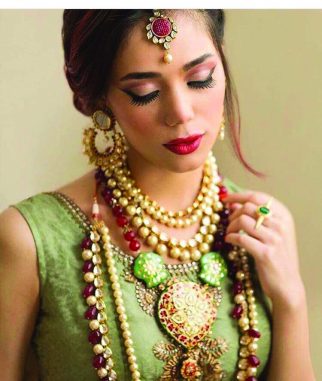 What is the next step for you, once you acquire your official license?

I already have a private pilot license but once I acquire my CPL (commercial pilot license) I propose to apply to PIA and other international airlines to be hired as a professional pilot.

Sana Javed Drops Out of The Debut Film 'Rangreza'