WORKPLACE WOES; INSOLENCE UP, MORALE DOWN 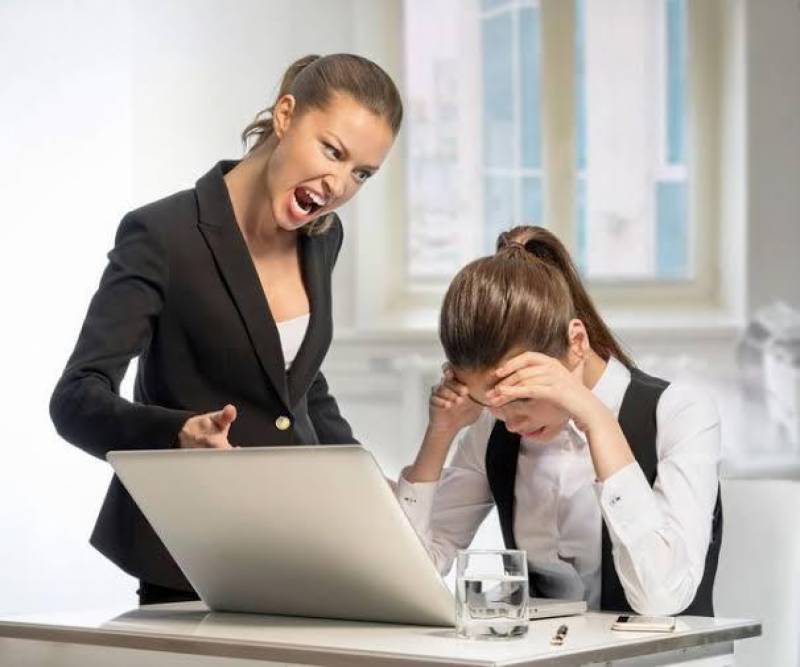 Often times, individuals believe that their final exit through the gates of high school would put an end to their painful interactions with bullies. However, for millions of people around the globe, such attitudes manifest themselves later in life, taking the forms managers and bosses

People don’t leave organizations – they leave bad bosses. Being subjected to constant ridicule and snarky, demeaning remarks can drain out every last ounce of productivity from the most competent and committed employees, leaving little to no room for their personal growth and advancement.

While such direct interactions can undoubtedly be traumatic for an employee, a leader’s antics are deeply woven into the fabric of the entire organization. Research has indicated abusive behavior, especially when displayed by leaders, can disperse throughout the organization, creating climates of abuse. Moreover, as employees come to an organization with a clean slate, looking to learn and acquire skills, they come to understand that this type of interpersonal mistreatment is acceptable behavior in the company. In essence, this belief manifests itself in a toxic environment that tolerates abusive acts. More so, studies have even shown that employees who experience abuse from a supervisor are also more inclined to “pass on” this type of treatment in a ripple effect.

As such, the outcomes of destructive workplaces are devastating, harming work teams and individuals alike. Backed up by statistics, it has been proven that a toxic climate negatively impacts a work group’s collective efficacy, which indicates that the team has lost its confidence to adequately perform a given task. Furthermore, abusive work environments destroy important bonds between team members, which further results in reduced performance and citizenship behaviors, meaning that employees are less likely to help and support each other. Toxic workplaces also impair the lives of individuals beyond the work realm. Employees report feeling emotionally drained, experience lower well-being, and even increased conflict at home

This begs the question – what can be done to put an end to this vicious cycle of abuse within workplaces?

Firstly, companies should increase awareness and educate managers about all costs associated with abusive conduct. By emphasizing the detrimental consequences of abusive behavior right at the outset of one’s career during company orientation, as well as through continuous training programs, managers would come to understand that negative actions not only harm others, but also themselves. Consequently, many bosses might refrain from abusive actions out of pure self-interest.

Another method that can be utilized is anonymous feedback channels where employees can voice their concerns and report abusive experiences without fear of retribution. Peer managers, superiors, or HR could deliver the relevant feedback to managers, making it clear that the organization does not tolerate this kind of behavior. Knowing that others disapprove — or even worse, that they don’t value or appreciate the supervisor— may lead this perpetrator to self-correct abusive behavior.

Lastly, organizations need to uphold and enforce fair and ethical norms in all aspects of company life, because employees reflect upon these values before deciding whether to stand up to abuse or not. If they sense that fair and respectful treatment is commonly valued and supported in the company, employees might be more confident to confront an abuser and protect someone who has been mistreated.

Allowing oneself to be mistreated is the biggest act of self-destruction – in this day and age, employees demand to be treated better and organizations must do better.

In Pictures: What Went Down At The First Ever Pakistani Film Festival

Here's What Went Down At The Fifth Hum Awards