THE TEMPTATION CARD; A CONCERNING RESPONSE TO A RAPE EPIDEMIC 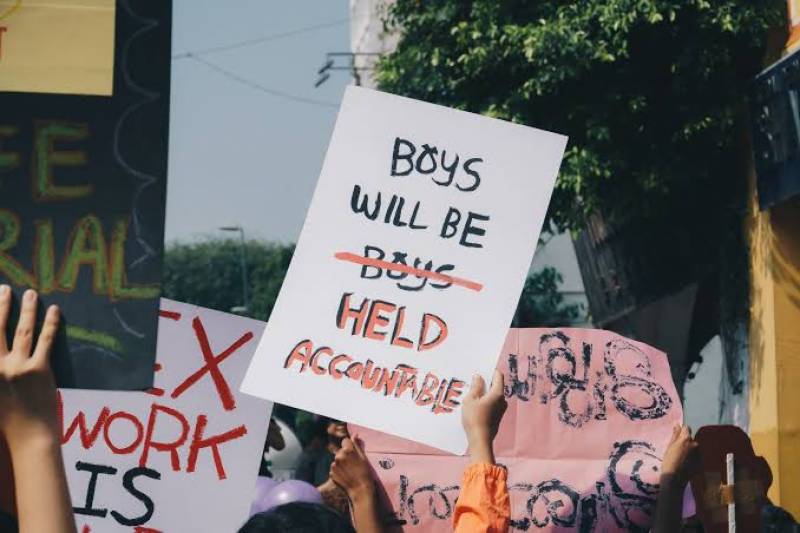 On Sunday 20th June, an interview released on HBO has created quite an uproar regarding victim-blaming and rape apologists. The interviewer Jonathan Swan questioned Prime Minister, Imran khan concerning the rape epidemic in his country. In response, Imran Khan shared his thoughts regarding whether the clothing of women has any impact on the temptation that drives a man to rape. Imran Khan states, “If a woman is wearing considerably few clothes, it will have an impact on the men unless they’re robots. I mean it is common sense.”

This statement received polarizing reactions, as many opposed this statement pointing out its sheer misogyny and victim-blaming intent. However, many people appreciated Imran Khan's views and further emphasized the 'Pardah' of women, and it's a necessity as a part of reducing temptation and the desires of men.

In a country where multiple rape victims are reported daily, the connotations attached to a women's clothes are highly important to address. A women's body is perceived as a sexual object, and in an environment where rape is common, this association of temptation and women builds an accurate picture of reality. Although Imran Khan did mention that this statement is in the context of this 'society' and its culture, the comment still is interpreted as an excuse to dismiss the intensity of rape crimes in the country. The act of trivializing a crime, and reducing it down to mere temptation not only grants the victim blame but also gives more power to the rapist.

There is no excuse to rape, it is a crime that can be blamed on the rapist only and no one else. Playing a temptation card is a reoccurring theme while portraying rape victims, and it takes away the attention from the real crime and divides it into reasonings that are not even true. In the end, Imran Khan as a leader, and in the most powerful position in the country should take heed of his comments and make statements that represent the men of Pakistan as uncontrollable beasts with no self-control. The temptation card is not a viable reason for rape, and never will be.

#JusticeForZainab: Celebrities Come Together To Raise Their Voice ...