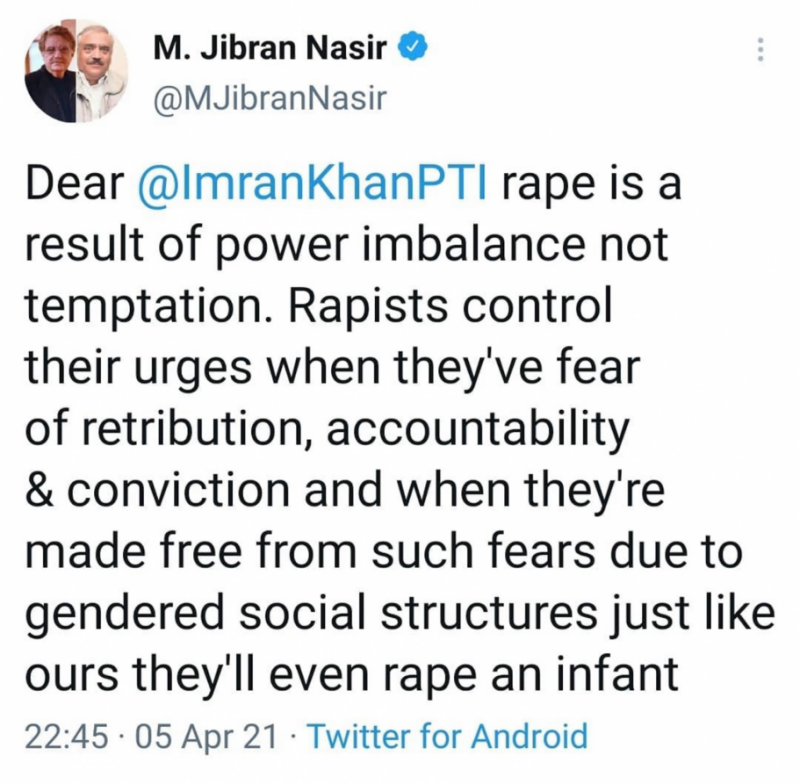 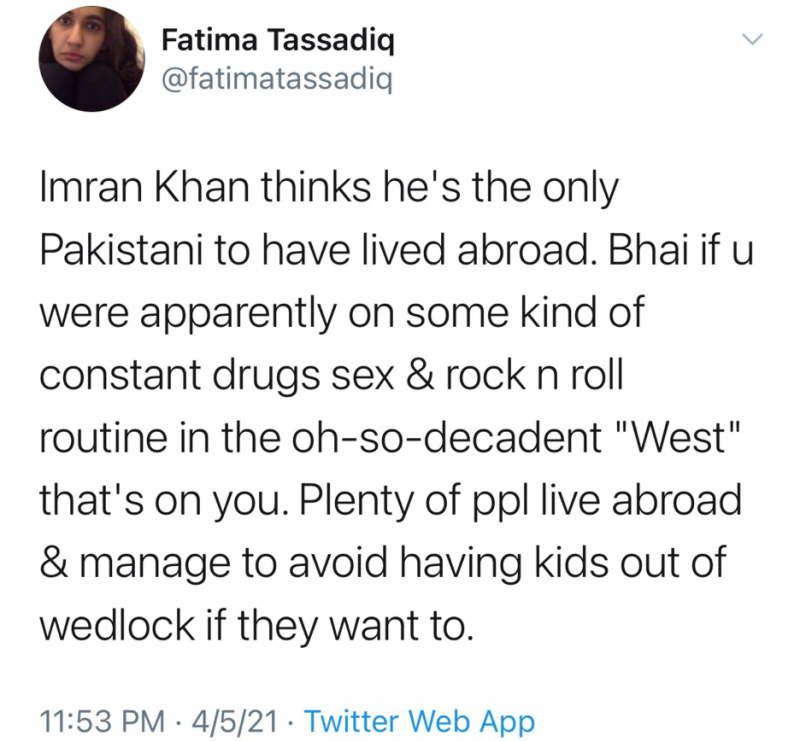 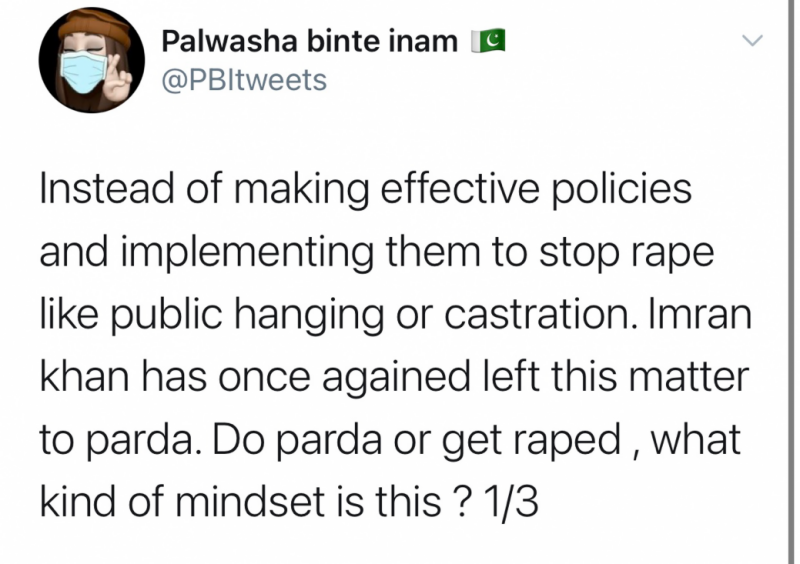 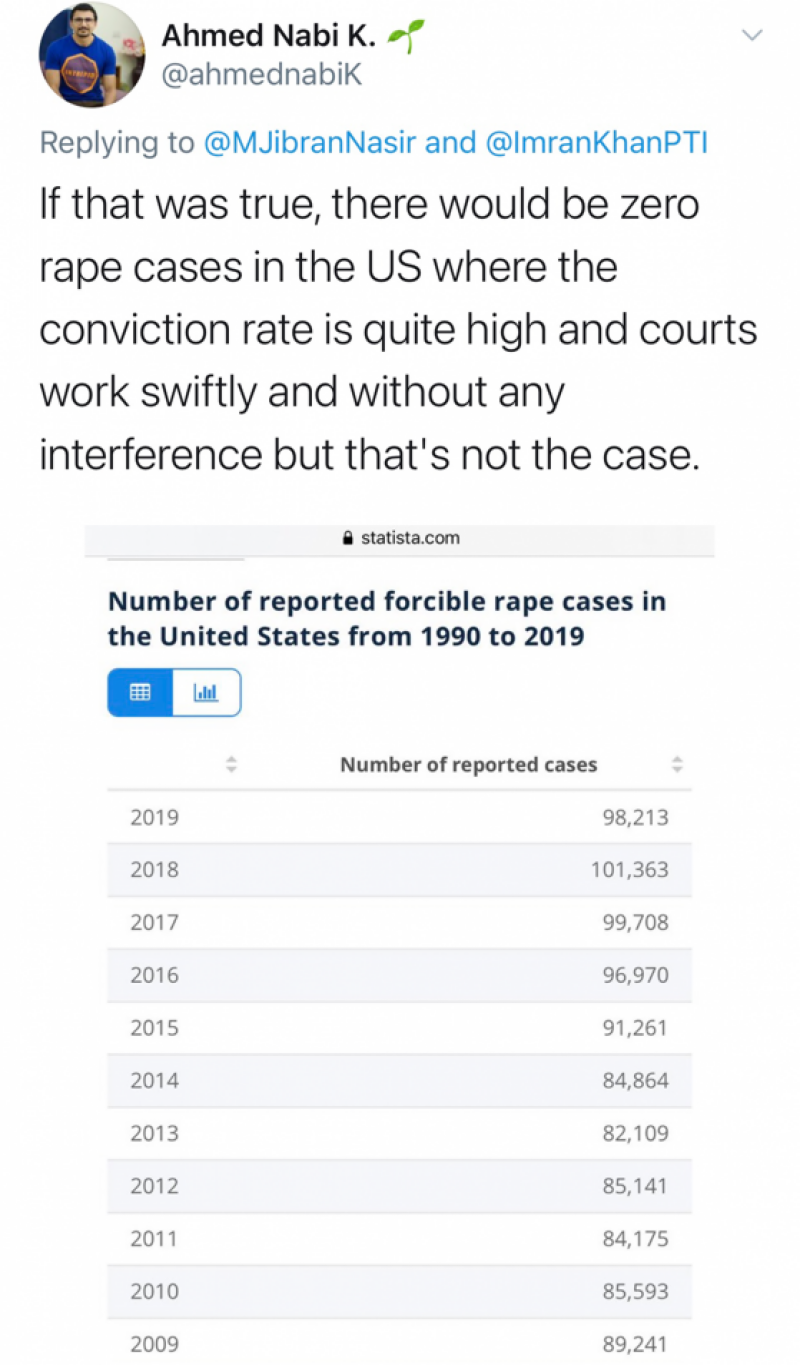 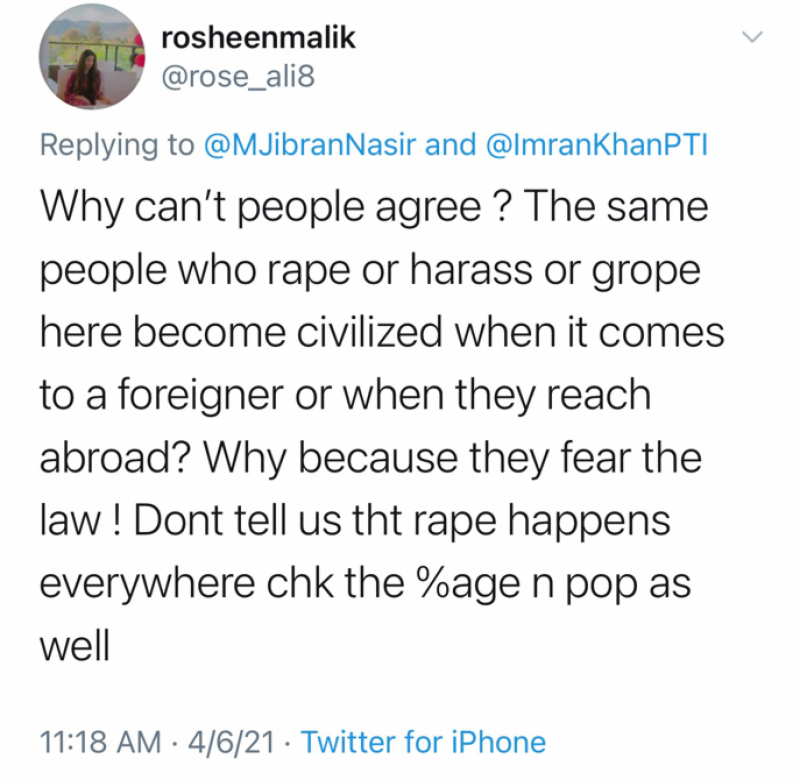 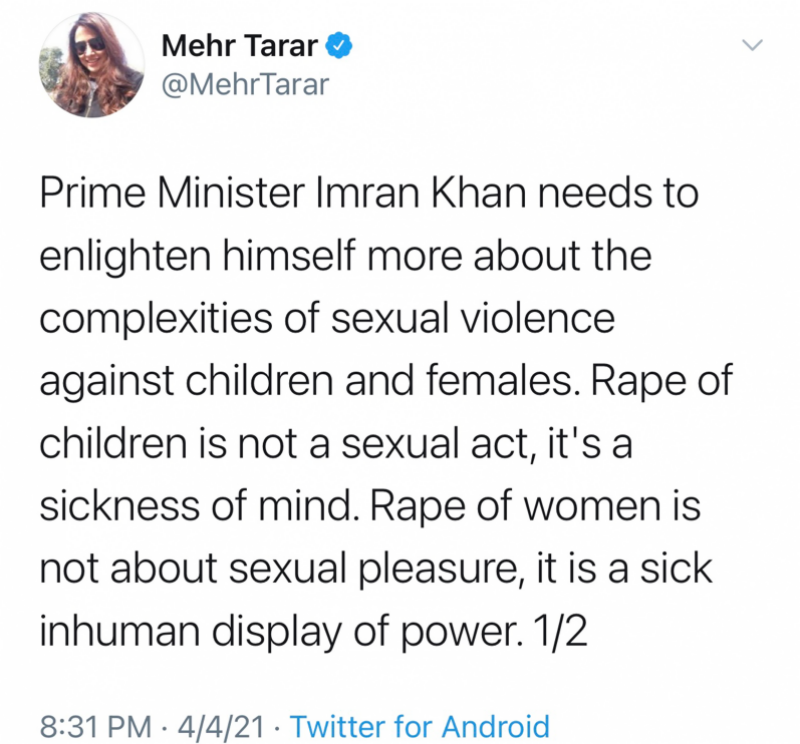 Imran Khan was recently asked what the government plans to do in light of rising incidents of rape and sexual abuse, especially against children, and Khan said that there are certain battles that governments and legislation alone cannot win and that society must join the war. He said that it was important for communities to defend themselves from “fahaashi”

According to the prime minister, media reports of rape and sexual assault represent just one percent of the real heinous crimes of this type that occur. Khan said that when he went to the UK to play cricket in the 1970s, the "alcohol, drugs, and rock n roll" culture was bursting. He claims that nowadays, divorce rates have risen by as much as 70% as a result of vulgarity in the media.

According to him, the whole definition of pardah (or covering up, or modesty) in Islam serves to "hold temptation in place."

Many citizens in Pakistan's culture, according to the prime minister, "cannot hold their willpower in check." He continued, "Iska kuch tou impact aana thha na (It had to manifest itself in some way)." Taking advantage of the situation, he defended Ertugrul, a Turkish drama.

He ended by emphasizing that rape and sexual abuse are "spreading like cancer" in society. According to official figures, at least 11 rape incidents occur every day in Pakistan, with over 22,000 cases registered to the police in the last six years.

However, only 77 of the suspects have been found guilty, accounting for only 0.3 percent of the total number of defendants.

The nation didn’t take it well:

Why can’t people agree ? The same people who rape or harass or grope here become civilized when it comes to a foreigner or when they reach abroad? Why because they fear the law ! Dont tell us tht rape happens everywhere chk the %age n pop as well

If that was true, there would be zero rape cases in the US where the conviction rate is quite high and courts work swiftly and without any interference but that's not the case. pic.twitter.com/7B21V0JM4B

Prime Minister Imran Khan needs to enlighten himself more about the complexities of sexual violence against children and females. Rape of children is not a sexual act, it's a sickness of mind. Rape of women is not about sexual pleasure, it is a sick inhuman display of power. 1/2

Imran Khan thinks he's the only Pakistani to have lived abroad. Bhai if u were apparently on some kind of constant drugs sex & rock n roll routine in the oh-so-decadent "West" that's on you. Plenty of ppl live abroad & manage to avoid having kids out of wedlock if they want to.

March for Our Lives: Huge Crowds Gather For Rally Against Gun Violence

#TimeForRealHonour: The International Day For The Elimination Of ...