Atif Aslam Gets His Own Star On Dubai Walk Of Fame

Congratulations are in order for Atif Aslam as he receives his own star at The Dubai Stars!

Eight icons from across the globe including Emirati singer Balqees Fathi, Atif Aslam, Egyptian actor-couple Mona Zaki and Ahmad Helmi and Bollywood actress Sonam Kapoor were officially inducted into The Dubai Stars walkway on Sunday amid much fanfare.

The Dubai Stars is a walkway set along the Sheikh Mohammed bin Rashid Boulevard in Downtown Dubai recognising celebrities from various fields including music, film, art, sports and literature, and is now open to the public. It’s essentially the UAE’s answer to the legendary Hollywood Walk of Fame. 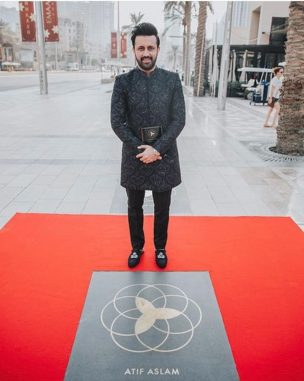 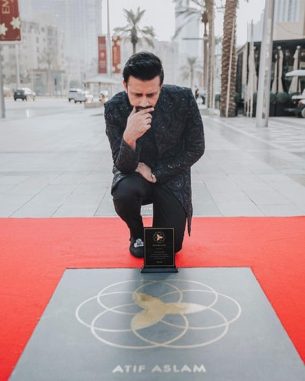 Bollywood Singer Asks For A Ban On Pakistani Singers, Atif Aslam and ...

Pakistani and Indian Singers Come Together For Indian Movie, 'Begum ...