Stripes are tipped to be 2017’s hottest trend. Stripes popped up at runway shows from Valentino and Altuzarra to Banana Republic. So invest in some sophisticated oxford stripes or in some fun, colorful ones for a winning look.

Make a statement (literally) in Spring 2017’s boldest trend – the slogan tee. From Dior's 'We should all be Feminists' to Henry Holland's quirky 'Let's Breed Bella Hadid', this trend is probably the most wearable trend of 2017.

Looks like the trend to bare shoulders is here to stay – but with a slight variation. From a casual,daytime lunch look, to a formal evening look, this versatile trend can be incorporated into your wardrobe seamlessly. For inspiration, just take a look at the collections by YSL and Prabal Gurung. 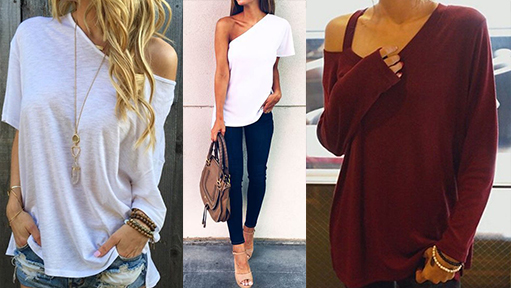 Now here's a trend that we completely endorse! It has been spotted at runways in Paris by Dior and Versace – and we all know that what the Parisians do, the rest of the world follows.

Kitten Heels should be your go-to footwear in the upcoming season. Classier than last season's slides and comfier than the staple stiletto, kitten heels were seen in shows of the likes of Prada, Chanel and Dior amongst many others.

Home Meets STYLE! The Predictions Are In—These Are the Biggest Home ...