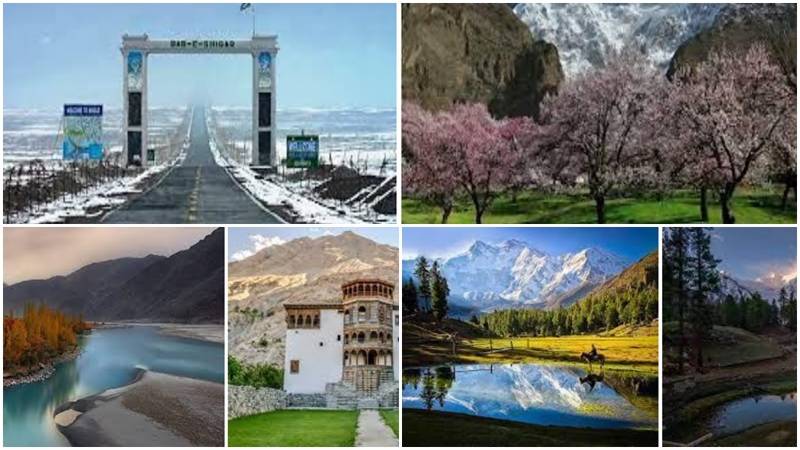 Forget going to Turkey like the rest of the flock this summer. Pakistan has some of the most beautiful views you'll ever see and it definitely will not cost an arm and a leg to get there. Here are our top 3 picks for the perfect vacation destinations.

Known as ‘Pariyon ki Jaragha’, Fairy Meadows was named by a group of German climbers and is a grassland near one of the base camp sites of Nanga-Parbat located in Diamer District, Gilgit-Baltistan. Trust us when we say this area has the power to transport you to a completely different universe. Being one of the most mesmerising tourist points, it attracts travellers worldwide. Many dangerous roads in Pakistan lead travellers to the most beautiful locations, and the Fairy Meadows track is one of those roads. The journey starts from Karakoram Highway’s Rakhiot bridge, leading travellers to Tato Village. After passing the village, there is a five kilometre hike that lasts about three to four hours. If you and your friends are looking for that perfect trip, this is it!

A personal favourite, Khaplu valley is a timeless retreat. Having been there ourselves at least thrice, we would definitely go once again. This place provides a sense of calm to all those who need an escape from the hustle and bustle of everyday city life. Khaplu is the administrative capital of Ghanche District in Gilgit Baltistan. It was the second-largest kingdom in old Baltistan of the Yabgo dynasty. Full of history, this beautiful valley is famous for its historical buildings, fruit trees, highest peaks and romantic views of rivers and streams

Shigar is a small and peaceful village which stands on the banks of the Shigar river in Gilgit Baltistan. Surrounded by mountains, this valley is known for the hospitality of its locals. Tiny tea shops, mosques and houses fill its streets. Like Khaplu Valley, Shigar is full of history as well. This place is absolutely enchanting and worth visiting over and over again.

UK Permits Its Citizens To Travel To Northern Areas Of Pakistan