MAHNOOR LYLA SAIFI - MAKING THE WORLD DANCE TO HER BEATS 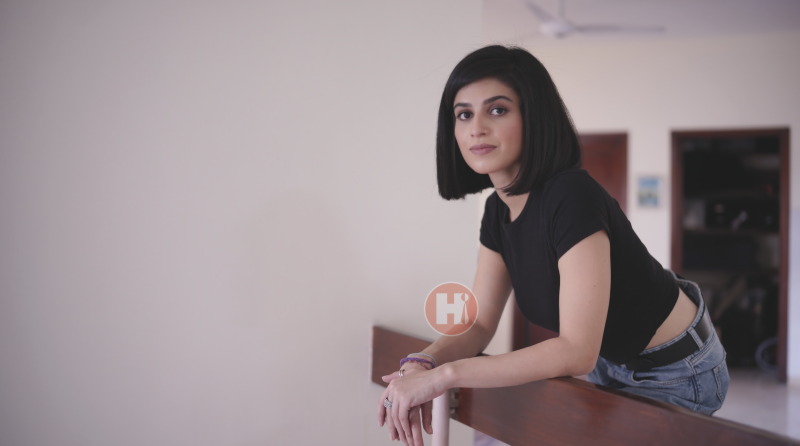 On a beautiful sunny day in Karachi we met up with Mahnoor Lyla Saifi also known as Lyla - her DJ name. Having been an avid DJ while living in the UK, Mahnoor moved to Pakistan three years ago and struggled a bit to make her way in the music scene here. She exclusively fills us in on her journey as a DJ, Pakistan’s music scene and more. Read on... 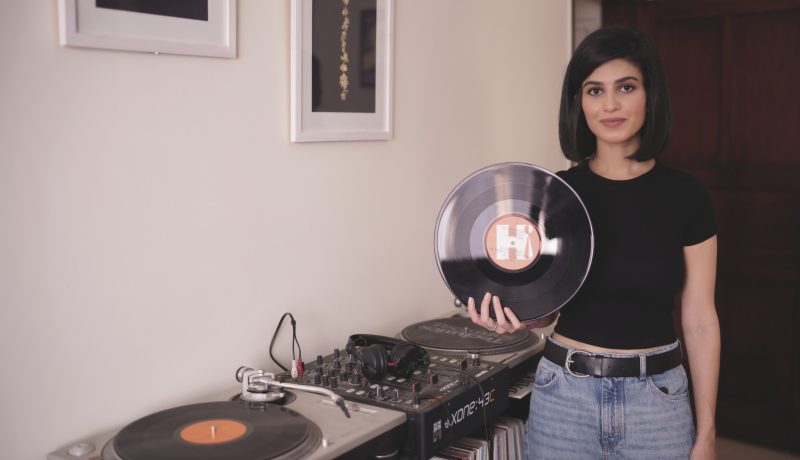 Hello Lyla, we’re so happy to have you here. Tell us a bit about yourself, your education and upbringing.

I grew up in a diplomat family and had the chance to travel and live in countries across the world. My pre-school years were spent in Yemen and Eritrea, elementary in Karachi, middle school in Most Dar es Salaam, high school in Ontario, and university in Scotland. From a young age I knew I wanted my career to be dedicated to working with vulnerable communities. I have a MA (Hons) in International Relations & Management from the University of St Andrews and MSc in Sustainable Development from the University of Sussex. I have always a very keen interest in learning and absorbing information, cultures, and different views of the world. These experiences have shaped the person I am today and influenced my music choices well. 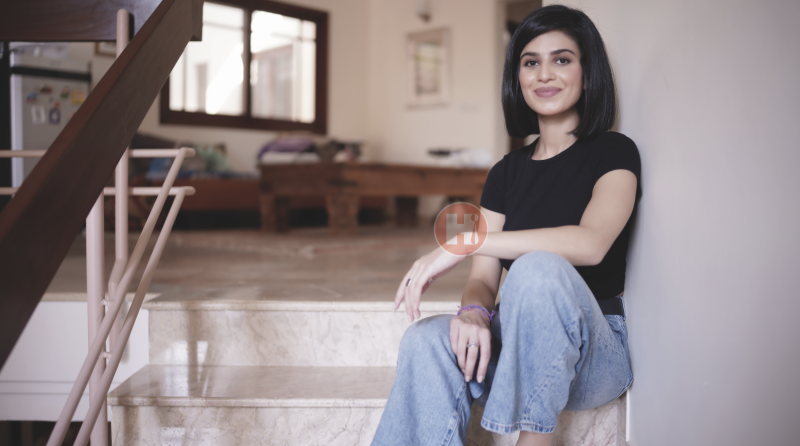 There aren’t many female Pakistani DJ’s in the country. What made you take the leap? Was your family supportive of your decision?

I moved to Pakistan three years ago. I was already DJing before coming here and managed to get a few gigs the first month that I shifted back.

Even though I had been DJing abroad for a few years, Pakistan was a new territory for me. Most parties here were private so it was a bit hard to decipher the scene

Usually in cities where there is an existing club culture, you can go online and check the vibe of events or ask around local music shops. It took a while to ease into the scene to be honest, but I’m still slowly trying to figure it out! My family has always been supportive of my decisions, sure they’ll question them sometimes but never tell me what to do. When I first started DJing after university, I think my parents were a little hesitant that I was giving up on what I studied. However, I always kept a balance between both. They saw I was happy, so they were happy! 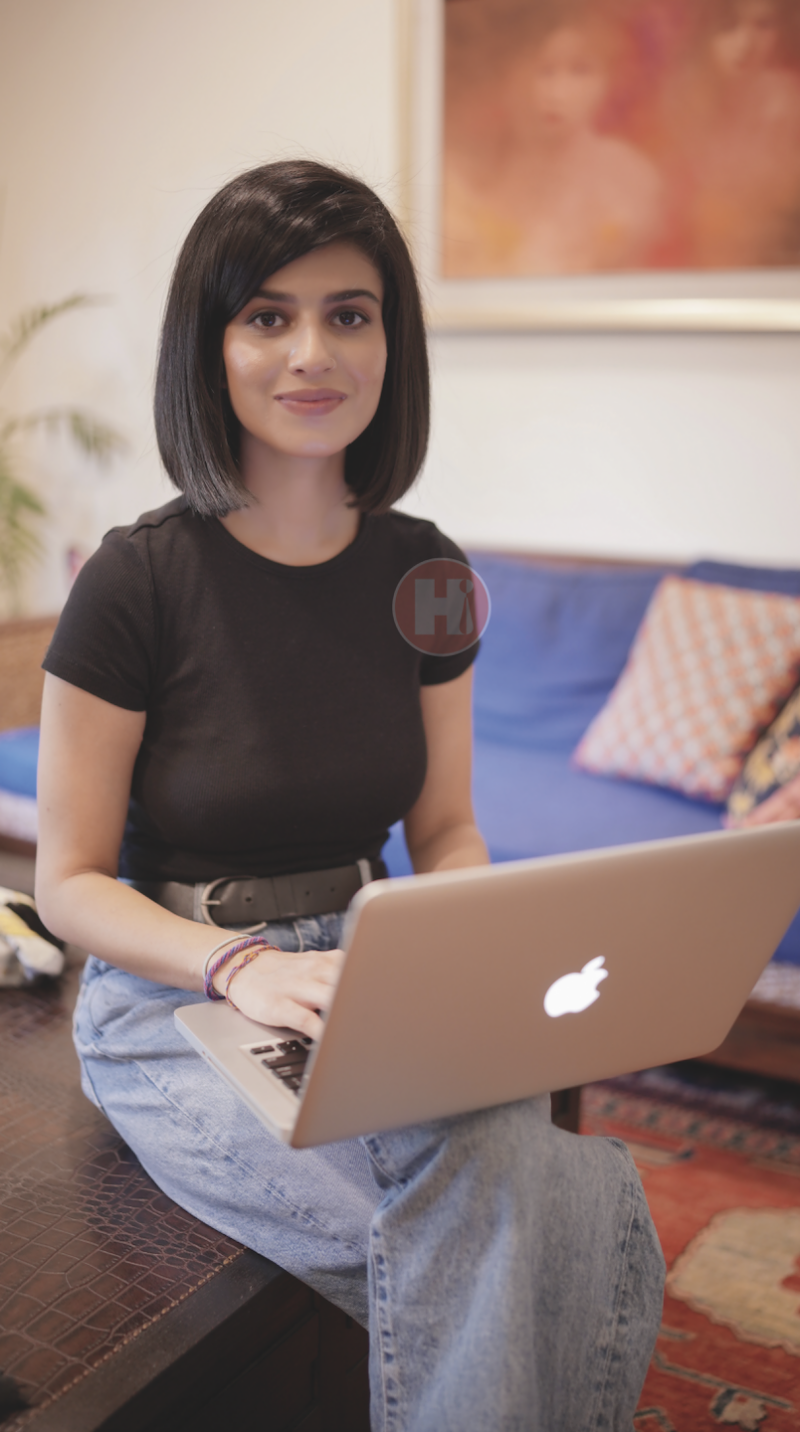 How did you begin your journey as a DJ? When did you discover your talent?

I’ve always had a passion for music. From as long as I could remember I’d been collecting cassettes, CDs, music on MP3 players, iPods, every form I could get my hands on. I was always making playlists and ripping mixtapes onto CDs. The first time I was introduced to DJing was in university, a lot of my friends were into it, but I didn’t really have the guts to try it out. After graduating, I moved to Glasgow, and one of my good pal Alex convinced me for a ‘First time DJs’ gig. I said, ‘Okay I’ll try it out’. I was very nervous and had absolutely no idea how to use any of the equipment. Just went in with a USB full of some songs I really liked. I managed to get a few people dancing and bobbing their heads to my music, it was a bit all over the place (laughs). I didn’t think I did so well, but when I left the venue, someone approached me outside and asked if I could play at their party. From there on forth, I just kept getting booked and pretty much learned about the craft through experience. Alongside my jobs in the development sector, I tried to work at local record and music shops where I learned a lot about mixing and different types of music - this definitely helped me a lot with building confidence as a DJ. 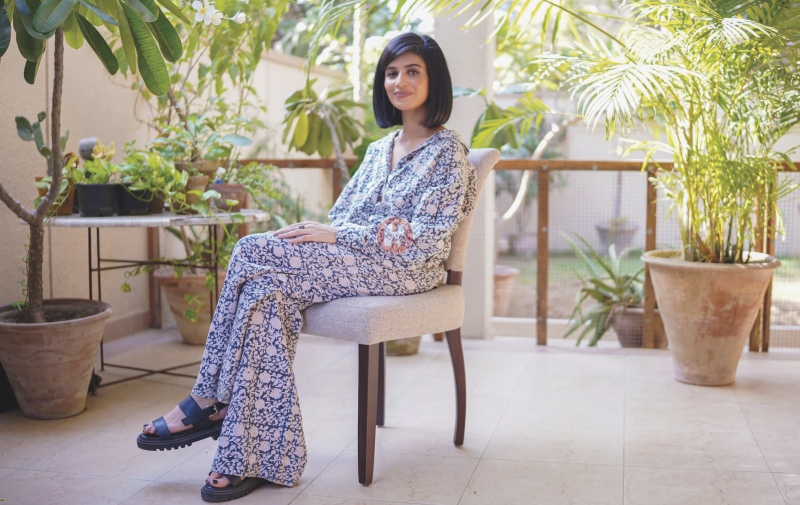 You’ve been in the development sector way before you tapped into the music industry. Tell us about this and how you’ve linked the two?

I’ve always had a job or volunteered in the development sector. Whether it was interning at refugee camps, volunteering my time tutoring refugees, or working in community centres for asylum seekers. I got offered a residency at La Cheetah Club in Glasgow and I decided to make it a charity club night by the name of ‘Sunny Side Up!’. All proceeds from the nights went to development projects in rural areas in Sindh and Hunza. The club and the DJs were kind enough to volunteer their time for the cause and we managed to raise funds to provide solar electrification to hundreds of households and community centres.

Today, I continue to DJ and am working closely with refugees and undocumented communities in Karachi

I’ve managed to keep my career development on track, so I’m quite happy with my progress!

Boiler Room held its first ever event here in Pakistan. Tell us about your experience? Will we be expecting any more events as such in the future?

I was very nervous. I’m not used to having so many cameras on me and knowing that the world would have access to the experience. I went in totally unprepared for the set as I didn’t know what the vibe would be and ended up playing a lot of my favourite tracks from over the years.

It’s honestly mind blowing that the video has gotten so many views already, it was totally unexpected and I still have a hard time believing that it has had such a positive impact on those listening to it

I’m grateful though, and I’d like to give a huge shoutout to Cape Monze Records, Karachi Community Radio, and DialledIn for making it possible. I hope that this has put Pakistan on the map for our variety of music and that there will be more interest in broadcasting our local talent. There’s so much more we have to share. 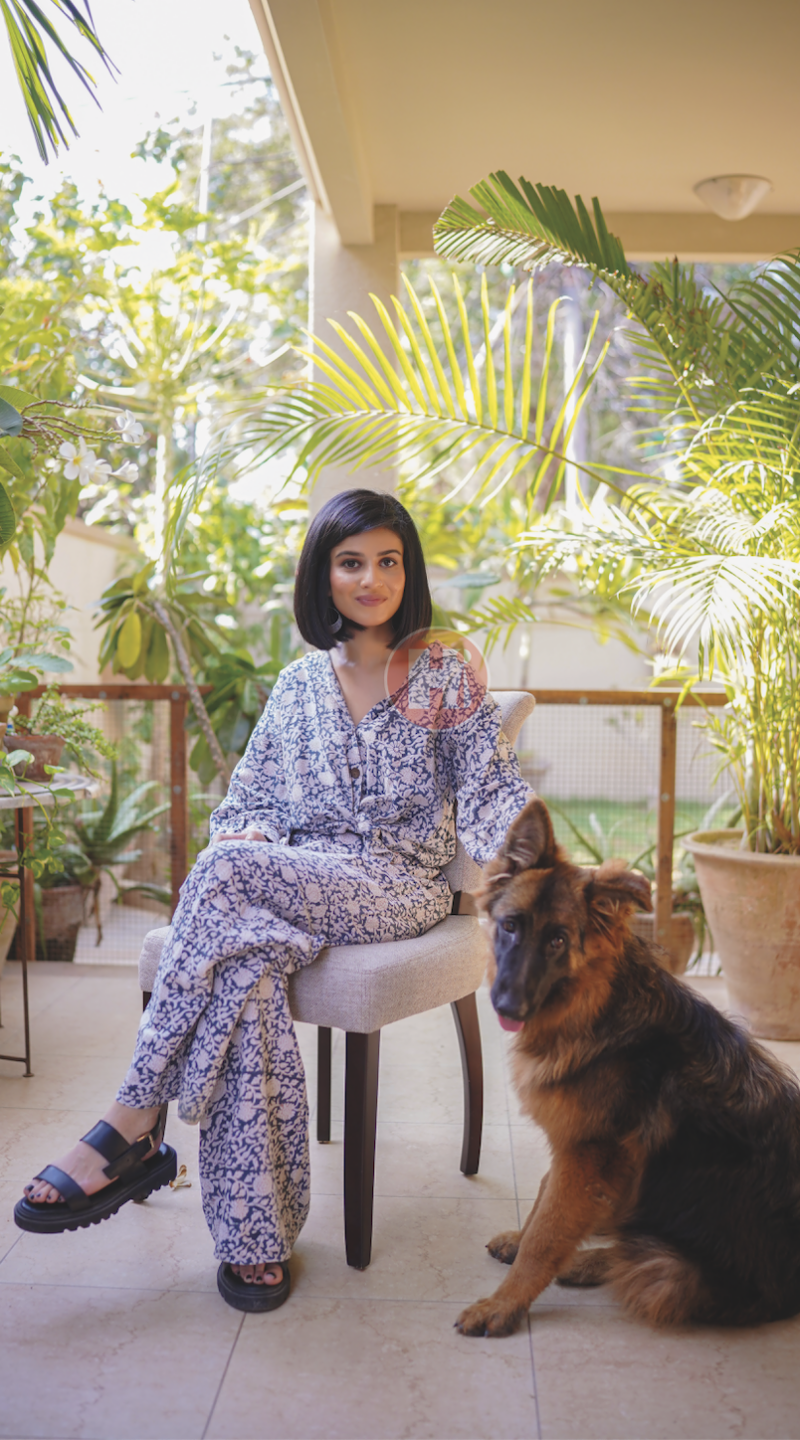 If you could change anything about Pakistan’s music industry, what would it be and why?

My main concern with the music industry here is the lack of support for artists. I have more often than not heard of situations where artists are not being paid fairly and/or on time. Additionally, there needs to be more support from venues and promoters. The scene seems to be a money making scheme instead of a well curated environment to share the love for music. I’ve been thinking about opening an artist management agency for a while now and will try my hand at it soon to give artists the proper recognition that they deserve. Further,

I’d like to see more women being represented, whether it is for award shows, DJ scene, or mainstream scene. I can count the number of female DJs in Pakistan on one hand...I’d like to have at least 10 pairs of hands to count on

Is there any artist you would like to collaborate with but haven’t had the opportunity yet?

There are honestly so many! I’m trying to get back into production and have so many ideas flowing through my head. In terms of the local scene, I’d love to collaborate on a tune with Zahra Paracha, get Natasha Noorani’s beautiful voice on some vocals, and produce a track with Ashir B’s strong rap game. There are a lot more to be honest, but let’s see what happens in the future. 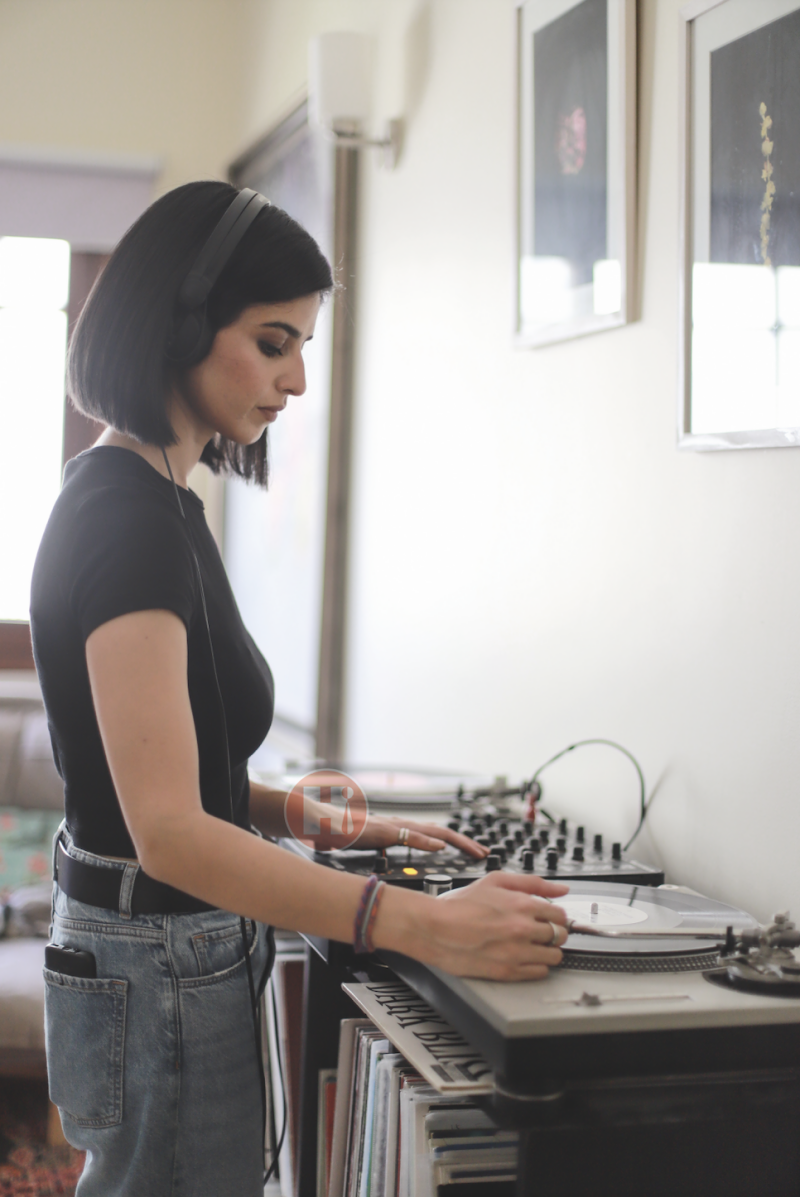 What are some of the considerations that go into deciding which track to play next? What makes two tracks a good fit? How far do you tend to plan ahead during a set?

Honestly, just gauging the crowd. If people seem like they need a breather, I’ll play something a bit calmer. If the crowd looks like they are ready for something they can sing a long or jam to, then I’ll play that. I usually go in with a lot of music that’s been curated into different playlists based on vibes and pick and choose on the spot. I played a gig once where I had curated the entire set start to finish, and honestly, it was a disaster. I felt very restricted and I wasn’t playing to what the crowd wanted - rather it was a set that I had made in my living room on a weekday night for a crowd that was ready to party on a Saturday night. This style of free- flow mixing took a while for me to get used to, but over the years I’ve gotten more confident with it. I don’t like to restrict or pressure myself to stick to certain songs beforehand. If I feel like I’m sick of my music, I’ll refresh some of my playlists with new sounds. For example, the ‘Hai Hai’ track that I played at the end of my Boiler Room, was in a playlist for downtime chilling. I didn’t think I would play it but it felt right at the time, so I went for it! 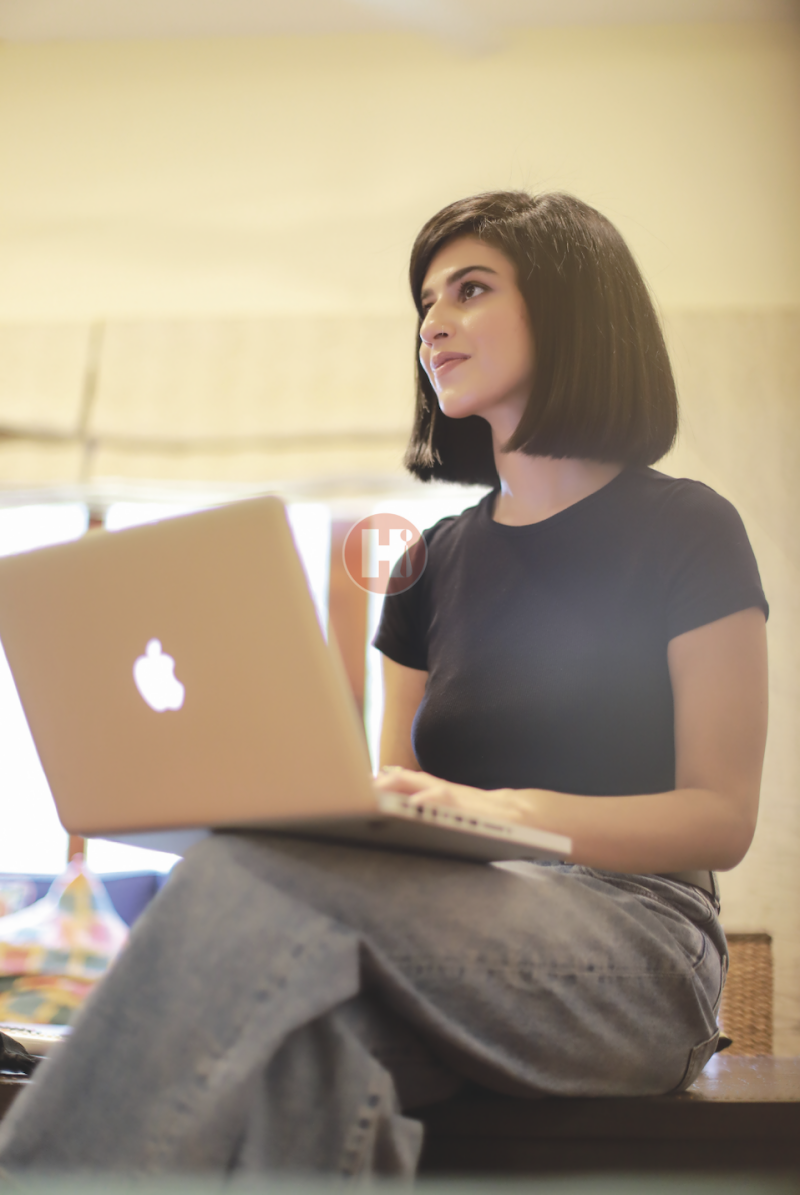 Tell us about the music scene here in Pakistan? Is it easy to find gigs? Have you faced any backlash/ negativity for doing something that isn’t so common or looked upon here?

DJing is my passion and my hobby. I’ve been lucky enough to have it be a career at times. Since it’s something I’m passionate about, I don’t really go out looking for gigs. People usually approach me and I decide if it’s something that I want to be a part of or not. There was a small period of time when I was saying yes to every gig I was offered and it honestly took the fun out of it for me. I’d come home feeling drained after a 30 minute set because it wasn’t a scene that I felt passionate about. I haven’t faced much backlash to be honest, or maybe I have but I haven’t let it get to me. There have been a couple of times in Pakistan where my contract has been broken and I have walked out of gigs and received some negative messages, but honestly, the whole point of a contract is that if it’s broken I can withhold my rights. I try not to take these things to heart. Sometimes promoters will tell me what to play as well, which is something I’ve never faced outside of Pakistan. If you’ve booked me, then you don’t need to tell me what to play, and if you do, I’ll probably play the opposite of what you’ve asked me to (laughs), I’ll still make sure that everyone is having fun though. 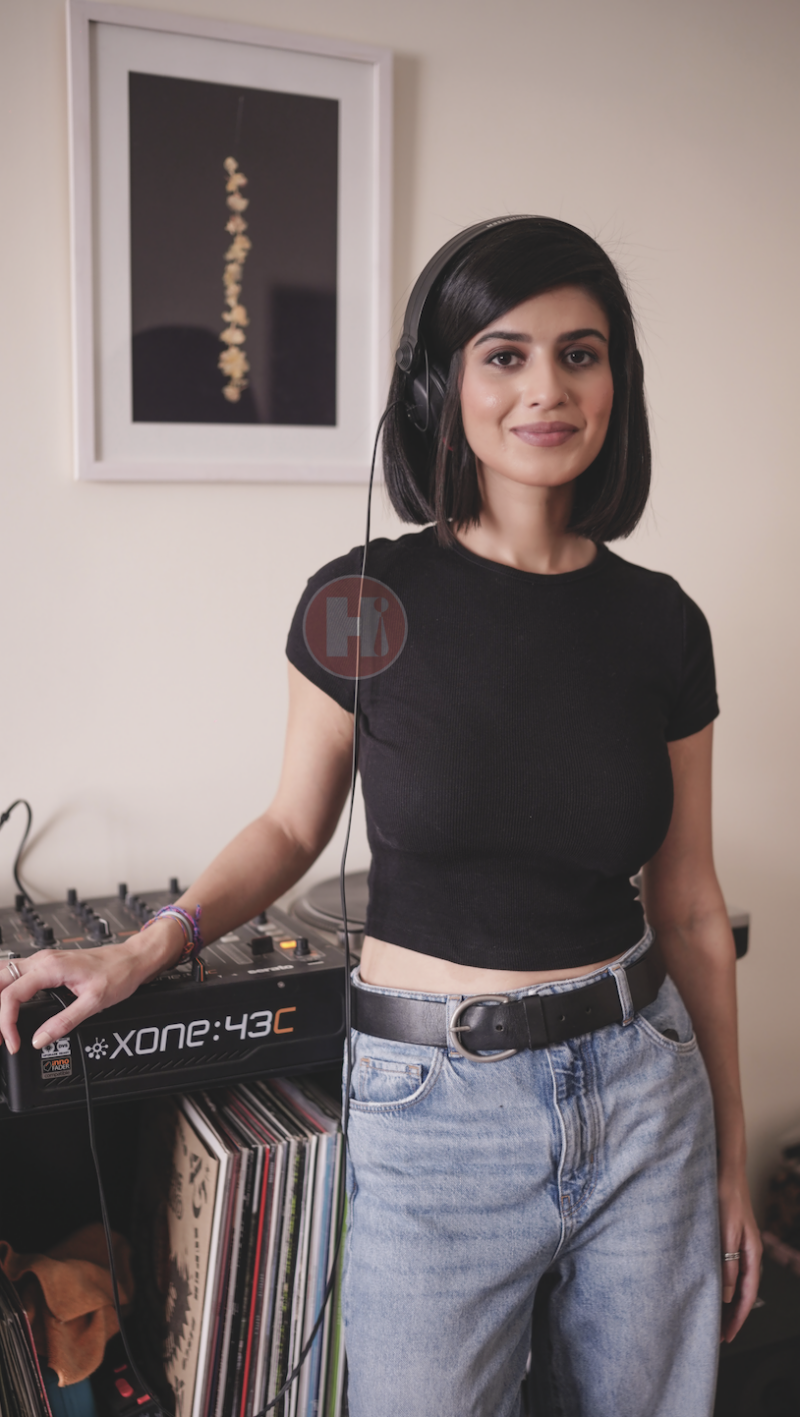 What would you say is the most rewarding part of being a DJ?

Watching people leave the venue with a smile on their face. There’s nothing more rewarding than sharing music that can resonate with people and leave them feeling happier. That’s the power of music for me and I’m grateful to have the chance to share it with those willing to hear it. 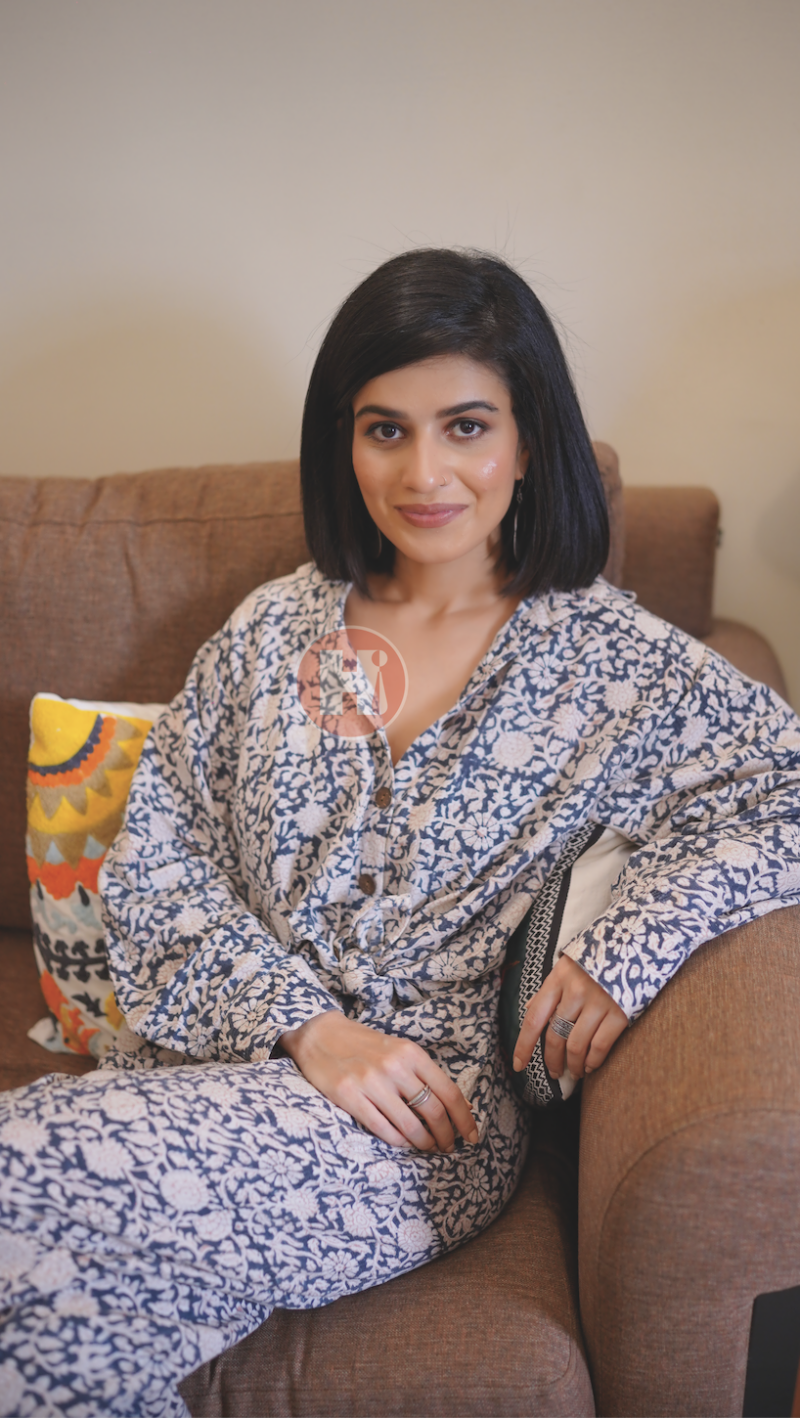 With 3 talented music composers and an ambitious producer, Kashmir ...