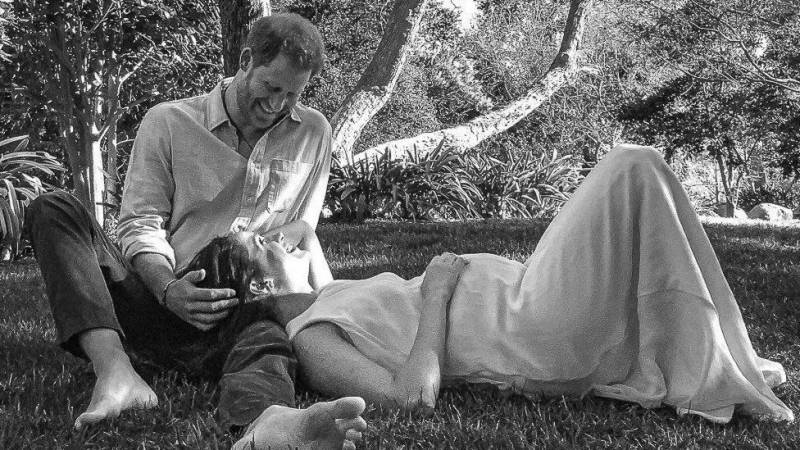 On Sunday, Meghan and Harry announced that they are expecting their second child. The Duke and Duchess of Sussex spokesperson confirmed the pleasant news to CBS News on February 14.

Misan Harriman photographer, and friend to Meghan and Harry, captured the couple's pregnancy remotely - the black-and-white image shared on social media on Sunday shows pregnant Meghan's baby bump. In the picture, the couple cuddles up together while enjoying a private moment in nature.

Meg, I was there at your wedding to witness this love story begin, and my friend, I am honoured to capture it grow. Congratulations to The Duke and Duchess of Sussex on this joyous news!#remoteshoot #shotonipad #shotbymisan pic.twitter.com/3iSYjydVj9

The spokesperson added to the statement that the couple is 'overjoyed to be expecting their second child,' who will be Eighth to the throne. The Duke and Duchess of Sussex firstborn, a son named Archie, who will turn 2 in May, is seventh in line to the throne.

Baby news! “We can confirm that Archie is going to be a big brother,” says a spokesperson for Harry and Meghan. “The Duke and Duchess of Sussex are overjoyed to be expecting their second child.” pic.twitter.com/GrqSiBxaXa

Prince Harry and Meghan first broke the news to the royal family, and the couple received warm wishes on behalf of the royal family. According to the statement to CBS News, the entire family - Queen Elizabeth, Prince Charles, were 'delighted' with the news and 'wish them well,'

A touching tribute announcing for the Sussexes to announce their exciting news on #ValentinesDay❤️ It was exactly 37 years ago that Princess Diana shared with the world that she was pregnant with Prince Harry. pic.twitter.com/NQfUiw62Sc

The Duke and Duchess of Sussex stepped down from their royal roles in early 2020. As, according to the reports, the couple was not happy with the life within the royal family - they were exhausted by the constant media interference. Prince Harry and Meghan has since moved to the United States and now live in California.