The Ladies Behind 'Dobara Phir Se'

We talk to Mehreen Jabbar and the stars of her upcoming feature on all things cinema! 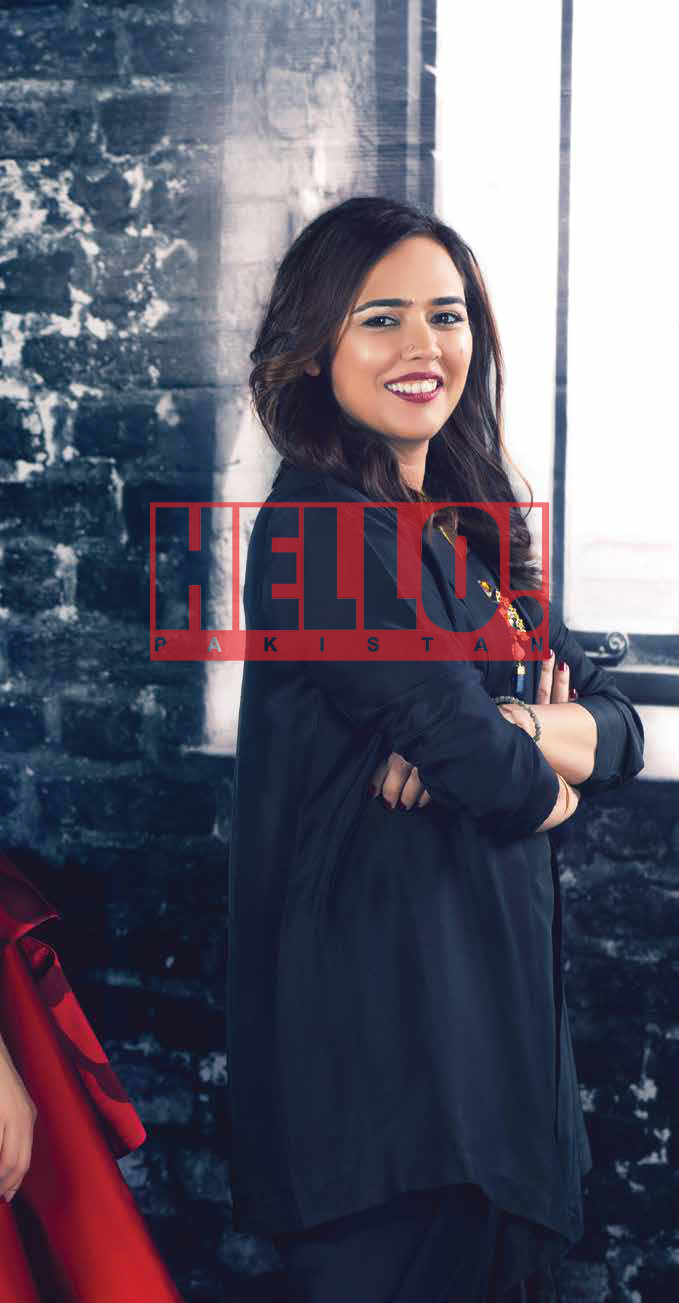 Bilal Sami, the writer of the film and I had been working on a story for a short telefilm about a couple’s marriage. Once that script was done, we thought why not make a film out of this. So we sat and discussed it for about 8 hours straight and came up with the idea of Dobara Phir Se which ended up being a totally different story to the short film originally drafted.

What part of the story really drew you in?

It’s simple and yet has lots to say.

How vital is it (particularly in a climate where laws centering on women are being debated in the public sphere) to have women with their own agency shown in film and on television screens?

Throughout my career I’ve tried not to portray women characters as victims or helpless beings whose lives are only governed by external factors beyond their control. I think especially in this day and age where most of our dramas, barring a few exceptions, are increasingly portraying some very retrogressive and stereotypical women’s roles, it’s very important to tell stories of women who speak for themselves, are proactive in society and in their lives. These characters can both be inspiring or flawed but at least they shouldn’t be pathetic caricatures.

The talk about cinema’s revival in Pakistan only grows, what do you find most promising about the rise? Where can improvements be focused on?

What is very encouraging is that more and more people are interested in investing in cinema and more and more people are making films. I think we have to be careful not to fall into the trap of only producing one kind of cinema. What has been great about this revival is that we have seen a bunch of different story lines and visions by various directors and that trend should continue. We should not only want one kind of film, whether it’s a rom com, or a buddy film or terrorism based. There is enough demand for variety and we must not discourage innovative and experimental work. 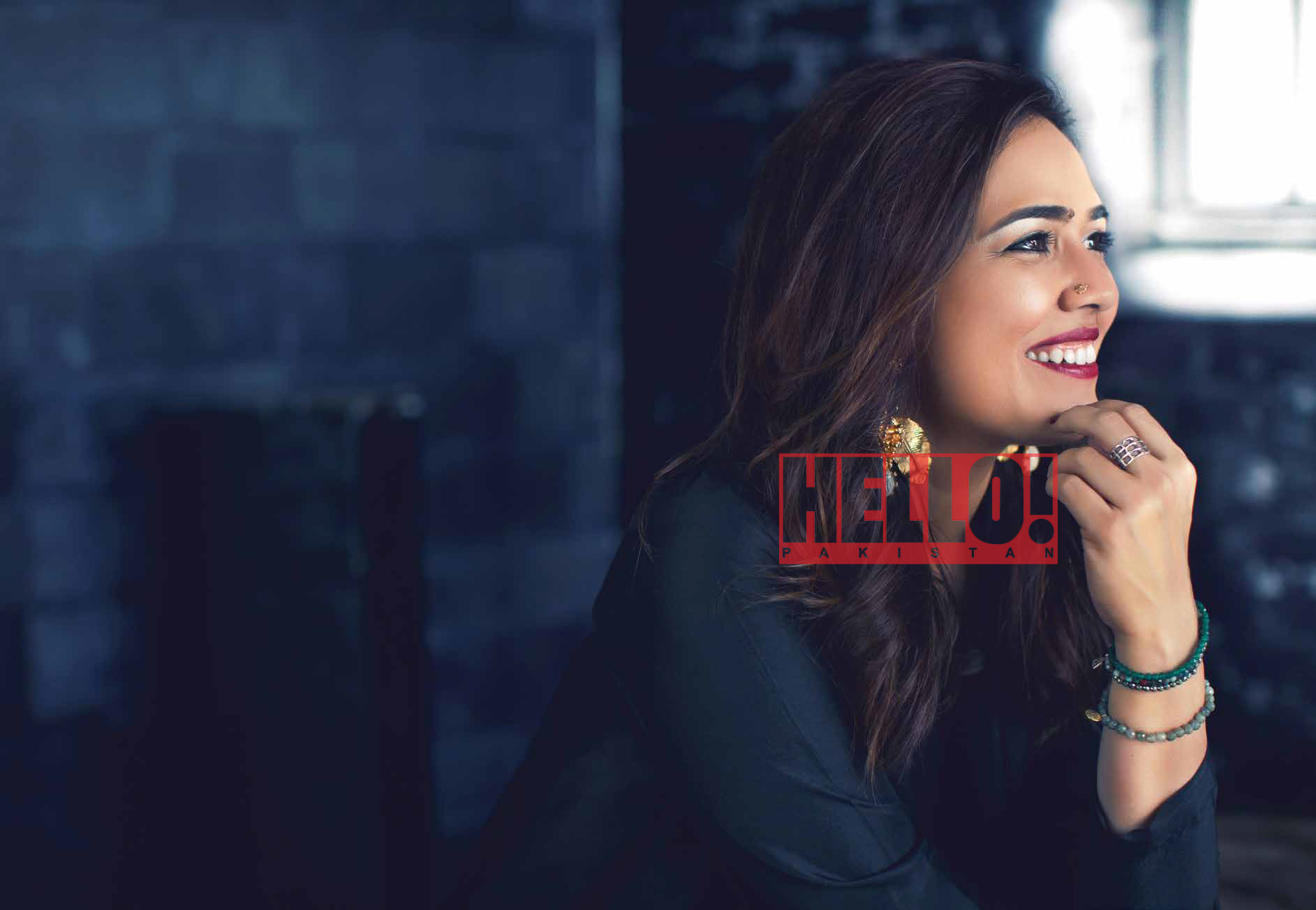 In terms of directors and producers, how can women be more involved in storytelling in Pakistan?

Women who are in the position of being directors, producers or writers can affect the content on how women are portrayed in films and TV and not perpetuate the same old predictable story. We have a moral responsibility as what we put out there is seen by thousands of people who will be affected by it, either negatively or positively. Enough of ‘rape serials’, ‘bad mother in law’s’, obsession with marriage and mistress stories and enough of throwing the ‘ratings’ excuse each time someone wants to try something unique. If you give people different kinds of content, they will respond. One can create audiences as well instead of always pandering to what ‘sells’.

What sort of diversity can be improved or given more attention to across our industry?

I think inclusion of minorities, positive role models of women who are housewives or working women, exploring themes that are not just household issue based will add that much needed diversity on television as well as cinema.

The ensemble cast is a heavy hitter’s line up of Pakistan’s most in demand talent, what was the casting process like?

For an ensemble piece it’s vital that all the cast members bond together and we got very lucky with this bunch because they were a riot to work with. All of them, while being thorough professionals and dedicated to the project also brought in so much good energy and positivity.

Did you meet some of your cast for the first time on this project?

Actually Hareem and I had never met in person till she reached New York! We had skyped a lot and had many phone conversations about work, but this was the first time in my life that I had never met one of the main characters of my project. There is also a child actor Musa Ahmed, a Pakistani-American and who had never acted before, I met him for the first time while casting for the film in the US.

Where did you primarily shoot and how did that influence the performance of the actors?

The film was shot in New York and Karachi and was an eclectic mix of US and Pakistani crew, some very experienced, some doing a film for the first time. We had an insanely tight schedule and I have to congratulate the entire team that they somehow made it happen. We shot in the US in August and in Pakistan in January, so got the best weather in both parts which I think inspired all of us a little more!. I think of sets as wedding planning, a lot of people bound together to get something of worth out there and between the tears of joy and exhaustion, lifelong memories are made.

As a producer and director for you what is the recipe for a great film? 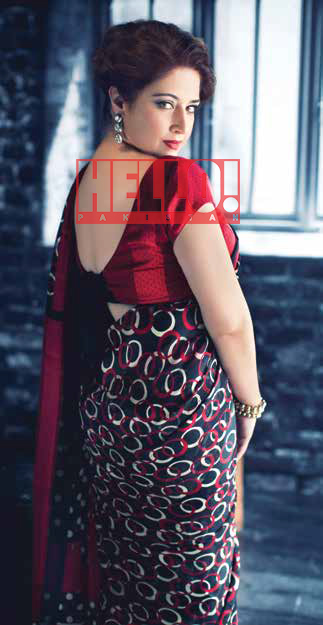 I got a call from CEO ARY, Salman Iqbal requesting me to work in his movie. Since I have known him for a while and I like Mehreen Jabbar as a director I decided to accept the role.

The overall story is very interesting and revolves around human emotions. I play the role of a very dynamic woman who is progressive in thought. 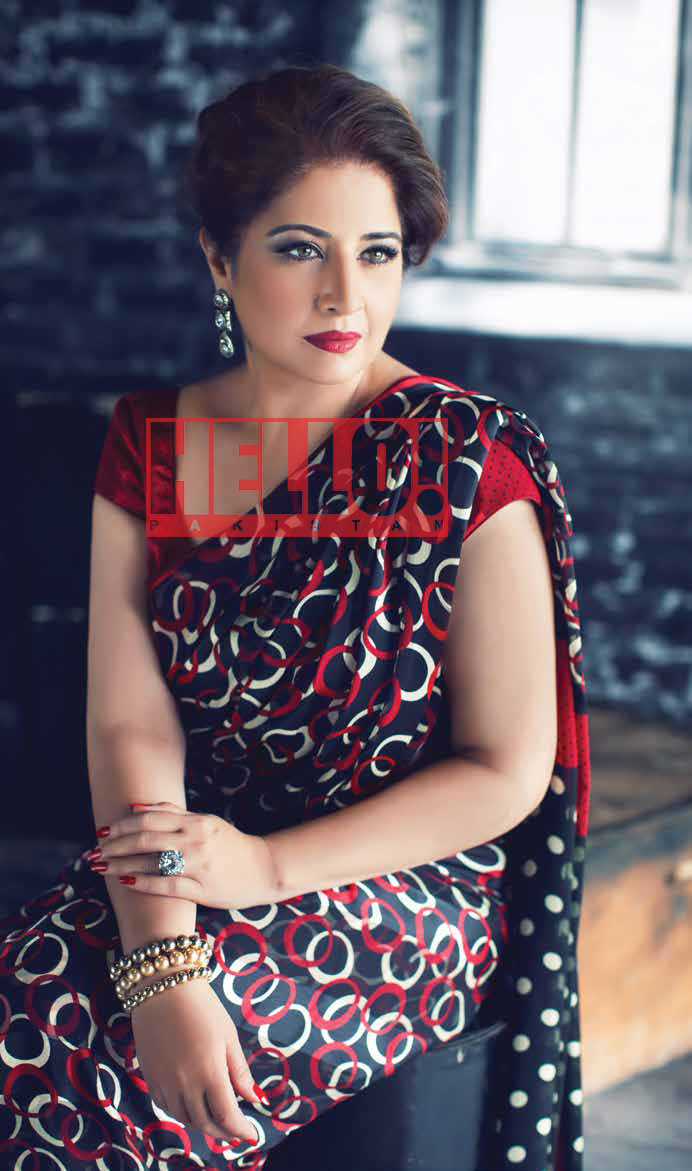 It’s always nice to work with a fun bunch of talented youngsters. Everyone was focused, worked hard and it’s lovely to see how excited they all are about our movie.

I met most of them for the first time on this project, I found them all to be very nice and hard-working. Ali Kazmi has grown up in front of me, I have worked a lot with him and his parents, Saira & Rahat Kazmi. He is like family to me and so is Mehreen Jabbar, whose parents are very old family friends as well. 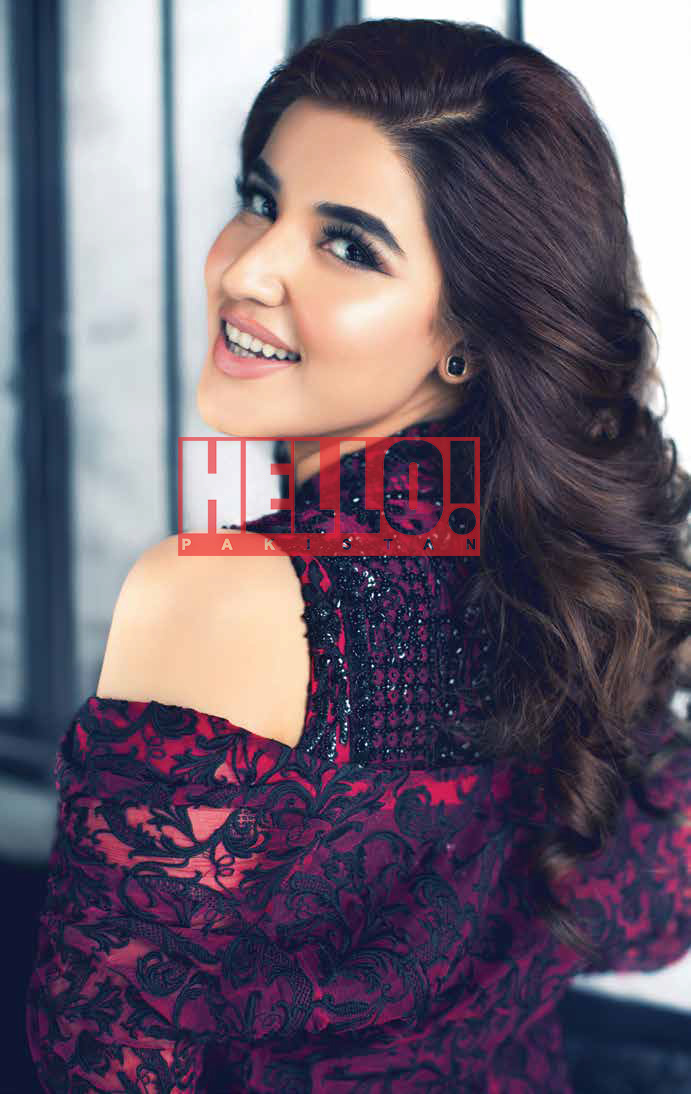 The credit goes solely to Mehreen as she was the one who approached me. She believed in me despite the fact that we barely knew each other, had never worked together and above all it had just been a few months since I started acting for camera.

I loved the fact that my character in the film Zainab was a woman of strength and not your typical heroine who just has to look pretty and cry. Also, it was not another ‘girl meets boy, falls in love’ story. 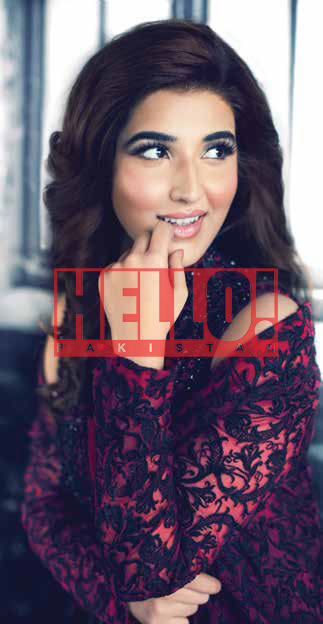 It was an amazing learning experience. I got to work with some of the best local and international talent.

I met all of them for the first time actually, including Mehreen. The only exception was Sanam, who I had already worked with in Diyar-e-Dil. 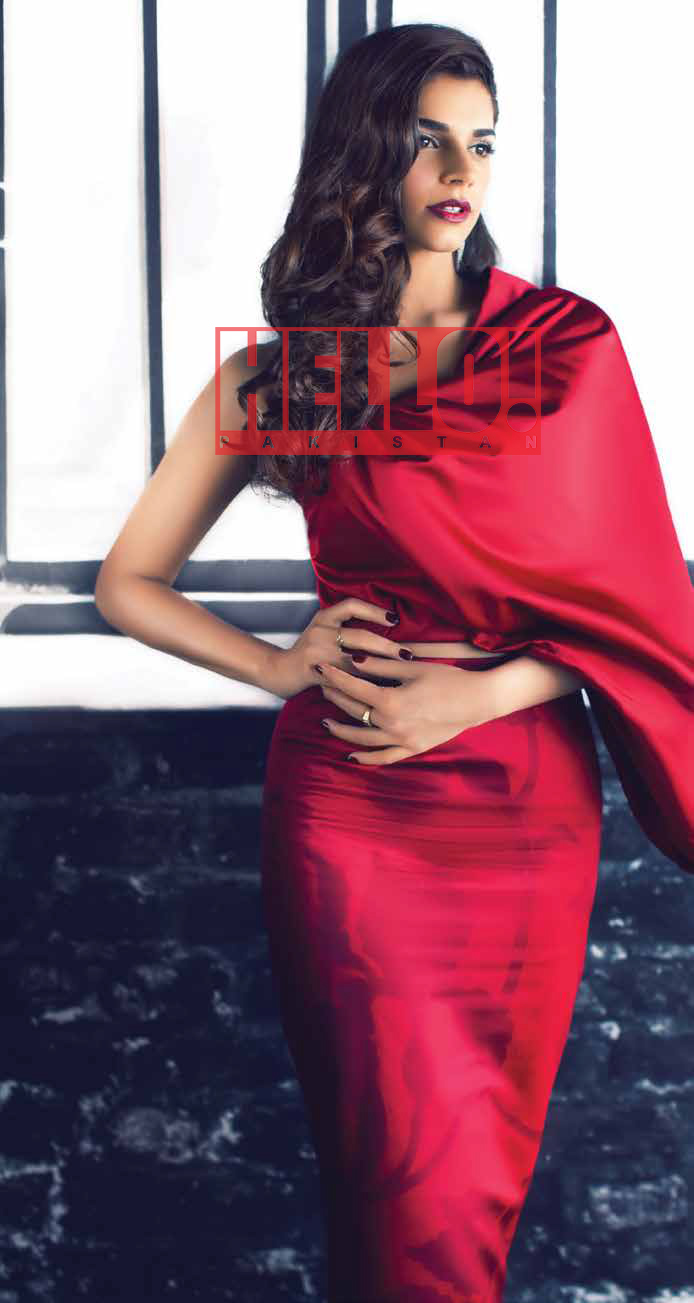 Mehreen gave me a call and asked me to read for a couple of the characters. We have worked on several projects together in the past.

Samar is very unlike the other characters I have played. She’s the life of the party, free spirited, goofy, fun loving and full of positive energy. I enjoyed the fact that I could play around with her looks and styles!

It was perfect. It is super fun and inspiring to work with a strong team . Everyone compliments each other and challenges one another to do better. There is lots of room for improvising and personalising our characters. And of course you always learn something new, especially when working with exceptionally talented actors. 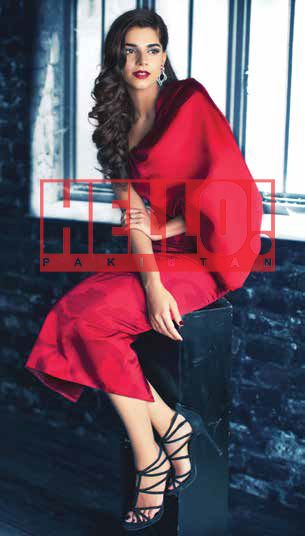 Nope, we have all worked together at some point or known each other from before. Adeel and I have done a couple of projects together, Hareem and I had just done Diyar-e-Dil, Ali Kazmi I knew from before as well and Shazi Khan and I discovered we were in junior school together in Bay View Academy!

Mehreen called me up one day and said, ‘Hey I have two roles which I want you to do,’ but she was confused (laughs) eventually I got to play Natasha, which I was happy with.

Well, without revealing too much of the story, I am playing the role of a Wall Street banker in New York. The fact that it was shot in New York with all these amazing actors got me very excited!

I have to say that this was an amazing lineup of actors, we had so much fun shooting this film we gelled in so well with each other, especially us girls; we had a lot of fun together.

I knew and worked with Adeel, Sanam and Ali before but met Hareem for the first time and loved her instantly! She’s great!

First Pakistani Film Festival To Be Held in New York