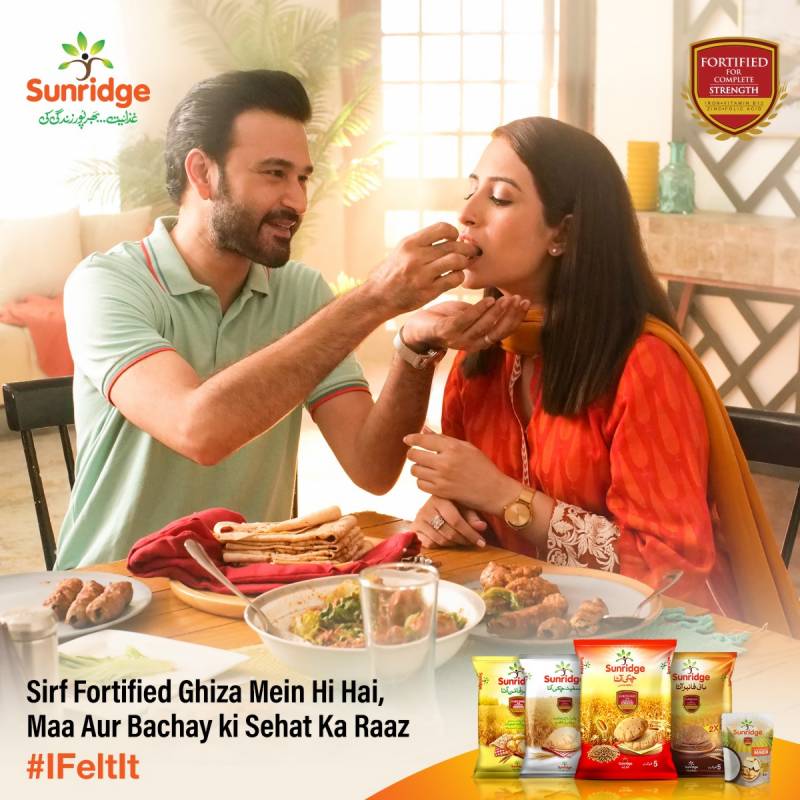 Despite the changing mindset, ever evolving culture and societal norms of Pakistan, one thing that still persists is that many women are shamed for having a miscarriage. Irrespective of the family’s social standing, the blame usually falls on the woman for not taking care of herself and the baby. This archaic understanding of miscarriage is due to the lack of information and a stubborn attitude towards learning more about it. This set-up needs to change.

A brand holds a lot of power, not just over its existing consumers, but also in relation to the amount of people it can reach. When it involves itself in a social cause, the combination of the brand and social cause becomes transcendent. This happens to be the case with Sunridge. As a brand, it has not just focused on notifying people about its taste, quality and nutrition, but has also linked itself to multiple social causes. Moving forward with this belief, this Mother’s Day, Sunridge has become the first Pakistani brand that has chosen to taken up the responsibility of talking openly about miscarriages.

The ad that was first aired on Mother’s Day, showed different women, who one by one shared their experiences of early pregnancies and how they suffered from miscarriages. They commuincate their hurt over how their loved ones blamed this loss on a “woman being unable to care for herself”. Despite the disappointment of the comments, they said the one thing that brought them a moment of happiness was feeling the presence of a life inside them. This helped kick start their maternal instincts and is the story of the message of this campaign “#IFeltIt”. It educated the audience about the fact that one in four women suffer a miscaarigae in Pakistan.

Sunridge has always focused on its nutrition filled products and has proudly advertised this in all its campaigns. Similarly, with “I Felt It”, they make it a point to mention that women can get proper nutrition through Sunridge Fortified Chakki atta due to it being filled with fiber, zinc, folic acid and vitamin b12. These minerals are said to be crucial for pregnant women as they are now giving strength to the fetus inside them as well, and not just themselves anymore. It is a scientific fact that during her pregnancy, a woman must consume over 300 calories more than her daily average. She must also consume 400 micrograms of folic acid, a key mineral in Sunridge Fortified Chakki atta, to reduce the risk of birth defects.

The advertisement closes with the husband showing his support by feeding his wife, it dismisses the age old concept of “pregnant women should fend for themselves”. Instead it pushes that responsibility on to the people around the expectant woman and urges everyone to care for them. Sunridge leaves women who have once felt motherhood, but suffered a miscarriage, with a message of hope, assuring them of one day getting the chance experience the warm embrace of their child. Sunridge’s powerful campaign “I Felt It” is a step in the the right direction to breaking the stigma around the topic of miscarrgages in our community.