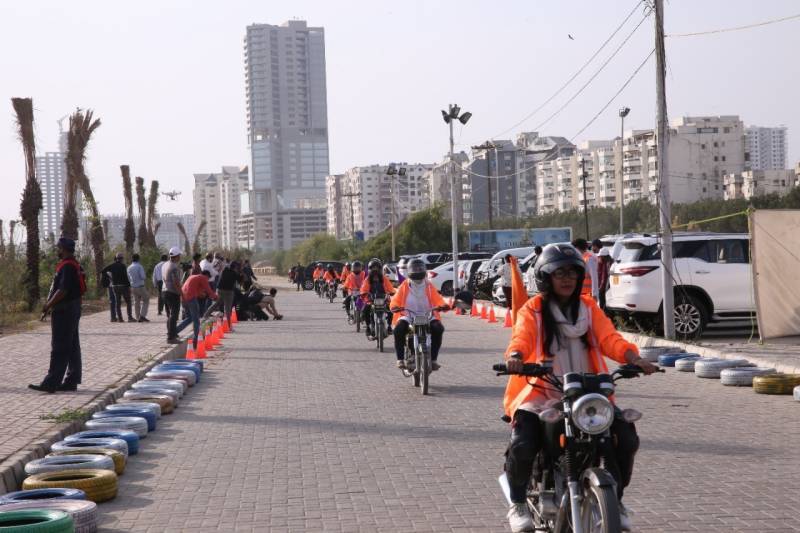 In an attempt to honor women's immense contribution to the organization and society, KE organized an event on the 7th March 2022. The event was kicked off through a welcome address by the Chief Executive Officer at KE, Syed Moonis Abdullah in which he reiterated KE's vision of increasing women's participation in the energy sector. He further highlighted how K-Electric has been leading several diversity & inclusion initiatives to improve Female Labor Force Participation (FLFP), hovering around 10 percent for over 20 years.

While the main theme of the event was ‘Break the Bias’, the main highlight of the event was the Graduation ceremony of the Women on Wheels (WoW) Program under which 100 women were provided certificates as they became able to successfully ride and maintain a motorcycle.

After the address of the CEO, Rizwan Dalia, Chief Peoples Officer at KE, addressed the event and spoke about how KE has created an enabling environment for women to thrive and succeed.

Chief Marketing and Communication Officer Sadia Dada also took center stage at the event and said, "KE is committed to empowering women to lead the change in the energy sector and beyond."

Afia Salam, the Chief Guest of the event and the Board Member of the Salman Sufi Foundation, also commented that KE and Salman Sufi Foundation formed a partnership towards leading a much-needed change, and enabling women to be independent in terms of managing their commute through riding motorcycles. During the event, Women on Wheels also rallied on motorcycles showcasing their expertise.

Over the years, KE has led many social development initiatives in line with NEPRA's vision of "Power with Prosperity", and has been working tirelessly to promote diversity and inclusivity.

Construction of First Hindu Temple to Be Built in Islamabad Faces ...

KPK Government Working Towards Organising A Helicopter Service To ...

Moving towards a smoke-free environment