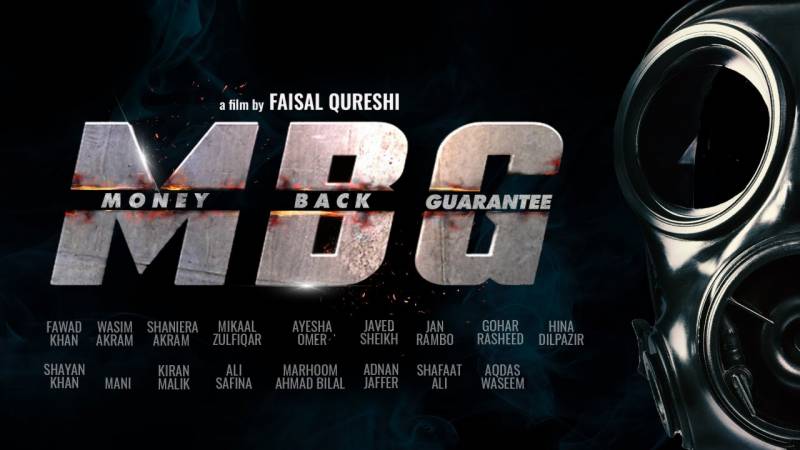 US-based Pakistani actor and film producer Shayan Khan was featured as the lead actor in ‘Na Band Na Baraati’, a 2018 Pakistani romantic comedy film. He is also the producer of the most awaited Pakistani movie – ‘Money Back Guarantee’, a Pakistani film directed by Faisal Qureshi. Studied acting at the Lee Strasberg Institute of Film and Television Acting; Shayan Khan is a trained actor. He is also featured in the lead role of MBG.

Money Back Guarantee is a combination of comedy, action, and thrill. Releasing on Eid Ul Fitr 2023. The official trailer for the movie implies a heist is taking place as a group of individuals, all dressed in black and wearing masks, enter a bank with guns drawn.

The teaser starts with a thought typical to most action thrillers, ‘Agar daro gey, to maro gey … agar maaro gey, to agay barho gay’ With its abundance of luxury cars dodging masked heists along with large safes full of cash, the 2-minute theatrical trailer had us at hello. In the end, getting a tantalizing glimpse of Fawad Khan only leaves us wanting more and eager for the film's release.

It's been over two years since the conception of Money Back Guarantee, a Pakistani film led by an ensemble cast including Shayan Khan, Fawad Khan, and Wasim Akram. The wait is nearly finished as we catch a glimpse of their work in its trailer.

The cast is compelling that the official trailer pans the camera to every corner just to show off everyone involved. The group looks like they're about to commit a heist, dressed entirely in black with masks on and guns drawn as they storm into a bank. This seems like it'll be driven by revenge, which makes me more curious about what happened up to this point.

MONEY HEIST S5: WORTH THE MONEY?