The Netflix Culture - Where ‘Gruesome’ is Okay

Yes you’d say…Duh! The very premise of online media such as YouTube and Netflix is freedom of expression and broadcasting outside the clutches of censor boards. But isn’t that what makes it all the more alarming that if granted freedom, all this extreme bloodshed, overt violence, crass language and crude sex is what producers and media creators would like to broadcast and viewers choose to watch?

Virtually in every aspect of today's entertainment world, be it television, films or video games, ‘gruesome’ has become a quintessential element, to the extent of being glorified and while defenders argue as to how the audience literally crave for violent conflict and stark nudity, I beg to differ as maybe like me, many others don’t really dig for this mayhem that clearly spells ‘horrid’ for us and really is disturbing and even depressing. I mean who's tough enough to sit through these insanely intense TV shows and films on Netflix without having to look away more often than not? If I speak of our recent-most watch, that would be Saif Ali Khan's thumb chopped off with an axe by an Egyptian thug in the super-hit, first-ever Indian Netflix original - 'Sacred Games'. Now how gross and extra an imagery was it!

A large school of thought of course support this in the name of depicting blatant reality with all its’ crudity & rawness intact, minus the sugar-coating of commercial cinema/TV and being all the more relatable for real people living real lives. I still feel it’s mostly unnecessary and a wee bit too ‘extra’; extra-ordinary too, yes, on a second thought.

Howsoever, normalising bloodshed and glamorising aggression can simply not be okay! Some critics have even gone to the extent of declaring how ’13 Reasons Why’ shows suicide as ‘cool’. 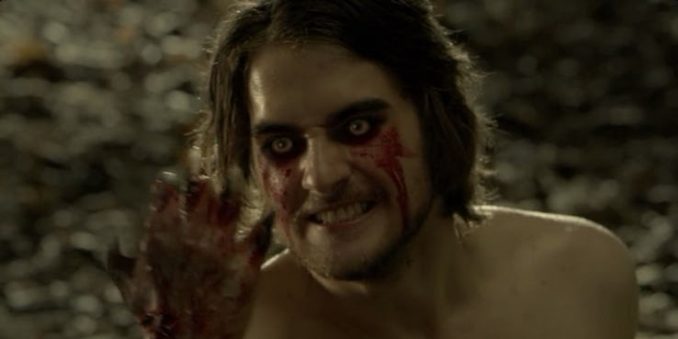 All in all, given that its quality entertainment Netflix Culture brings to us in the recent times, marvelously cashing on the liberty to experiment and push the envelope in terms of story narration, via incredibly vivid imagery – still, should non-regulated media conveniently rule out the sensibilities of being responsible media at the end of the day?

Aren’t we unabashedly conditioning the impressionable youth and audience by and large to become immune to brutalism and be less sensitive towards human pain? We all know how being exposed to something…anything, in abundance per say, eventually makes us hit peace with it like its all normal and quite the accord of the day. Let's see how the Netflix generation manages to rise above this basic human behavioral pattern and prove to be sensible viewers.

4 Reasons Why Alia Bhatt Is More Successful Than Any Other Actress!