Twitterati Too Radical Or Rational For Roasting Man Mocking Namaz? 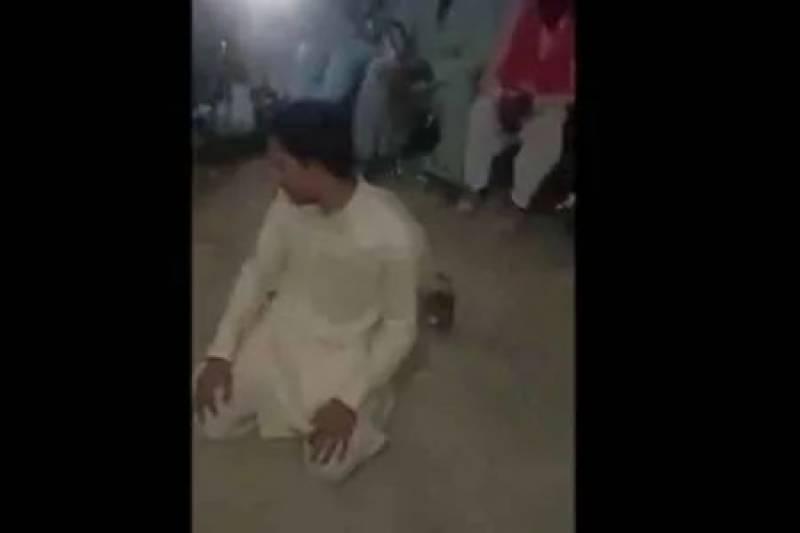 Who Is The Man Mocking Namaz?

With over 27k tweets, as of November 6, a video of an initially unnamed, unidentified man went viral. He was dancing while performing - or pretending to perform - the Muslim prayer. On November 6, however, senior journalists reported on his identity; Asif Gopang was arrested from Shah Jamal, Muzaffargarh district, South Punjab.

Strict Punishment Should Be Given To This Shameless Person. Because Of Such Lousy People Religious Extremism is Emerging.#بےشرم_انسان_کوگرفتارکرو pic.twitter.com/ShnsnbnWyf

The Twitterati's Reaction: Radical Or Rational?

Some prioritized precedent-setting via public sanctioning. ‘Best solution is [to] cut their hand to stopping these crimes and this person on [the]main road [to] set an example.’

Best solution is Cut their hand to stopping these crimes and this person on main road for set a example #بےشرم_انسان_کوگرفتارکرو #ImranKhan @ImranKhanPTI @fawadchaudhry @ChiefSecretary @UsmanAKBuzdar https://t.co/JxX0jpQ1Yw

Others suggested collective campaigning to reach the government: ‘We will make a trend in the morning. The aim is to arrest a shameless person. The government will be demanded to trace, arrest and punish. Join HT 10. a.m Friday.’

Some slandered the state over its silence or slammed the Islamic Republic for allegedly aiding and abetting such blasphemy. ‘We're living in the so-called Islamic Republic, where every other day someone is either poking fun at Islam or using it to exploit the masses. Such incidents get frequently pointed out on Twitter but our State Institutions are constantly silent. SHAME!’

We're living in a so called Islamic Republic,where every other day someone is either poking fun at Islam or using it to exploit the masses.
Such incidents get frequently pointed out on Twitter but our State Institutions are constantly silent.
SHAME!#بےشرم_انسان_کوگرفتارکرو https://t.co/FORKdk2LLr

I don't know why these bastards are bothered from Islam
They are making Fun of Islam each and every day and our state is silent#بےشرم_انسان_کوگرفتارکرو pic.twitter.com/MxuwbrTqC6

Others quoted Quranic texts to insert the gravity of Gopang's actions: ‘The scholars stated that mocking one of the rituals of Islam is Kufr (disbelief) even if the person who does so is joking. Ibn Qudaamah said: “If a person insults Allaah Almighty, then he has committed Kufr, whether he does so seriously or jokingly."

Before dismissing the Twitterati as too radical, their reaction is a response to an action, not speculation. Neither are they recommending taking matters into their hands, nor are they resorting to mob violence. A radical response would be Whatsapp procreated mobs that lynched Muslims in India, 2018. Instead, they demand legal remedies against their hurt, religious sentiments. However, whether such demands are radical or rational can be ascertained by adducing the blasphemy laws.

Laws on religious offense were first codified in 1860, British Raj British and expanded in 1927. Following the war of independence in 1947, Pakistan inherited these colonial laws. Between 1980 and 1986, Zia-ul-Haq’s military regime affixed clauses to these, in acquiescence with his aim to Islamise them and to segregate the Ahmadis, alleged non-Muslim as 1973, from its Muslim majority populace.

As per British law, disrupting religious assemblies, trespassing burial grounds, ridiculing religious beliefs, or intentionally defiling a sanctimonious place or an object is a crime. The maximum punishment varies: between one to 10 years in prison, with or without a fine.

However, these blasphemy laws have expanded since the 1980s. Demonizing Islamic personages is a crime, with a maximum punishment of three years in prison. Since 1982, the Koran's 'wilful' desecration carries a life sentence. Since 1986, blasphemy against the Prophet, Muhammad, can be sentenced to death, or imprisonment for life, in that order.

It seems fair to call these laws neocolonial. They may be colonially inherited, but post-independence regimes have expanded them. No wonder critics Salman Taseer, Former Punjab Governor called out such neocolonial laws weaponized by local vendettas targetting religious minorities.

Taking On The Twitterati

However, one might reckon Taseer wouldn’t be critical of the Twitterati’s demands, not because they are rational as per laws he didn't consider rational, to begin with, but because there is video evidence against Asif Gopand.

What remains unanswered are if the video was photoshopped and what the intention behind airing it was. These questions, when answered, can suggest the involvement of those who filmed it and those who endorsed filming it: a collective blasphemy conspiracy! Even here, the Twitterati appears rational: ‘ Govt. should take serious notice [of] this and arrest him including all who are present in this party…’

"Marriage Is Not Made in Heaven in Islam It's a Contract" - Tweets ...

Is BJP To Blame For Aryan Khan’s Arrest?