Is BJP To Blame For Aryan Khan’s Arrest? 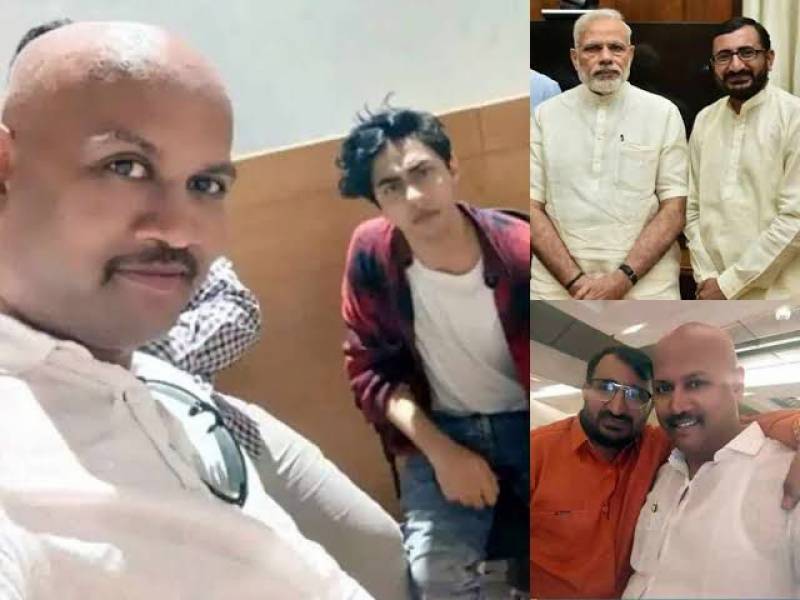 Before all else, why was Jr. Khan arrested?

According to Maneshinde, both Arbaaz and Aryaan were searched prior to boarding the ship. "I reached the gate at the terminal. Arbaaz was also there. Before we could go to the ship, NCB asked us questions. When we started for the ship, they asked questions if I took drugs and searched my bags and my person. They found nothing,"

Following his arrest however, The Mumbai magistrate sentenced him to 14 days of judicial custody, after which his lawyers appealed for bail in a special NDPS court. On October 17, members of the fraternity such as Pooja Bedi expressed disapproval saying, ‘if no drugs were found on Aryan Khan, isn’t it appalling that an innocent kid is made to spend days in lock up?’ Even then, on October 20, Aryan and the others accused were yet again denied bail and it wasn’t until October 28,2021, that Jr. Khan’s plea for bail was accepted.

If no drugs were found on Aryan Khan, was his arrest just BJP’s ploy against SRK?

On October 6, 2021, The Nationalist Congress Party alleged Jr. Khan’s arrest to be a political ploy the BJP had prompted via puppets, NCB. In a press conference, Nawab Malik, NCP spokesperson announced how, in the last month or so, information circulating among crime reporters revealed Shah Rukh Khan as the next target actor. Declaring the cruise as “fake,” he questioned the involvement of the two individuals featured in NCB’s raid, claiming one of them bore affiliations with the BJP.

How come Nawab Malik is shouting by so much ?
Because it’s a KHAN!!
N not a Sushant singh Rajput?
Just because his name is KHAN he becomes a victim ?
N because Sushant was a Hindu he becomes a drug addict??

BJP MLA Atul Bhatkhalkar also echoed Rane’s anger. He claimed Nawab Malik had a history of accusing the NCB, first as a drug lord, now as a puppet of BJP’s. Bhatkhalkar also declared, “The reason why the court granted custody of Aryan Khan to NCB even after he [his lawyer] argued for defence is because of the solid evidence against him. Had there been no evidence, he would have been granted immediate bail.

Congress leader Adhir Ranjan Chowdhury cited political hypocrisy by citing BJP’s lack of  ‘alacrity’ or eagerness in arresting Union minister Ajay Mishra’s son, who is accused of running over farmers in Uttar Pradesh’s Lakhimpur Kheri. He simultaneously gestured support to Jr.Khan saying, “A few months back Mrs Riya Chakroborty was detained and languished in jail, now the turn is for Aryan Khan. The equality of justice for all is enshrined in the preamble of the Constitution of India. Severe punishment to teenage khan for a venial offence should not be awarded (sic)."

Nevertheless, BJP’s nationalist matra echoed in Bollywood with #Kanganationalist Ranaut condemned those supporting Jr. Khan. ‘Now all Mafia Pappu coming to Aaryan Khan's defence.... We make mistakes but we mustn't glorify them ... I trust this will give him perspective and also make him realise consequences of his actions.... Hopefully it can evolve him and make him better and bigger. It's good not to gossip about someone when they vulnerable but it's criminal to make them feel that they did no wrong,’ she Instagrammed.

On a completely unrelated front, one politician seemed adamant to avert the politicisation of Jr.Khan’s arrest altogether, hence calling attention to COVID-19.

RJD leader, Manoj Jha pointed out, “In the past days, 3000 kg of drugs were seized from the Mundra port. However, we did not hear much from the media about it as if the 3,000 kg heroin evaporated in the air. We can never forget the aftermath of Sushant Singh Rajput’s death case. Where on the one hand, [the] media and government authorities were completely immersed over questions like who brought 10-15 grams of drugs, rather than the plethora of issues including the Covid-19 pandemic."

However, it is upon citizens of Bharat Mata to decide whether to focus on the coronavirus or BJP’s nationalist virus victimising muslims, or both, and who to blame: BJP, Jr. Khan, or some other party?

Fawad Khan to star in Salman Khan’s Love Story Next?