LAHORE BIENNALE FOUNDATION'S BILLBOARD PROJECT – A LOVE LETTER TO LAHORE AND HER PEOPLE!

2020 was the year that the world stood still, as more and more people across the globe went into lockdown some of the busiest cities across the world went quiet. The global pandemic brought a halt to so many of the social activities that are the very heart and soul of cities like Lahore and it was in this situation with indoor activities at a minimum, that The Lahore Biennale Foundation (LBF), in partnership with Parks and Horticulture Authority (PHA) with the generous support of Habib Bank Limited (HBL) and Kinetic Pakistan, is a unique partnership between an art’s organization, local government and the corporate sector to​ ​introduce a wider audience to contemporary arts.

The project,  called the ‘Zinda Dila’an-e-Lahore - Billboard Project’ ran from  24th November 2020  to 4th December 2020, was the LBF’s way of paying tribute to the resilience, bravery and large heartedness of the people of Lahore and also to the city itself. Curated by Qudsia Rahim, the Executive Director of the LBF, this project is a direct response to the global pandemic and aimed to generate interest in some of the most engaging contemporary art produced by Pakistani artists.

Qudsia Rahim shared, ‘16 practitioners are invited to participate whose practices we believe to have strong social relevance and are rightly suited to lead this project and to bring the message of hope while paying homage to the City and its’ Citizens - a reminder of the humanity that holds it together. In the process, introduce a wider audience to contemporary art(s): a dialogue largely missing in our environment’ 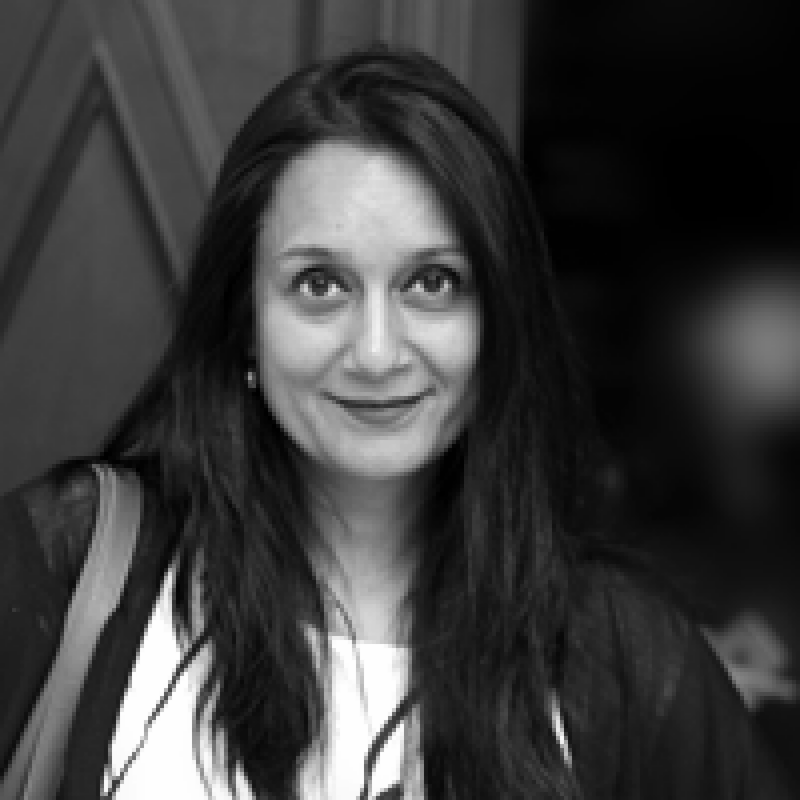 The idea was to bring art outside of a gallery space and position it on billboards across the city along major routes, both in new and old parts of the city for everyone to enjoy.  The locations were selected with much care as the artists themselves by the LBF; these include 7 new works specially made for this project.

Salima Hashmi, ‘A Poem for Zainab’ displayed at Hussain Chowk 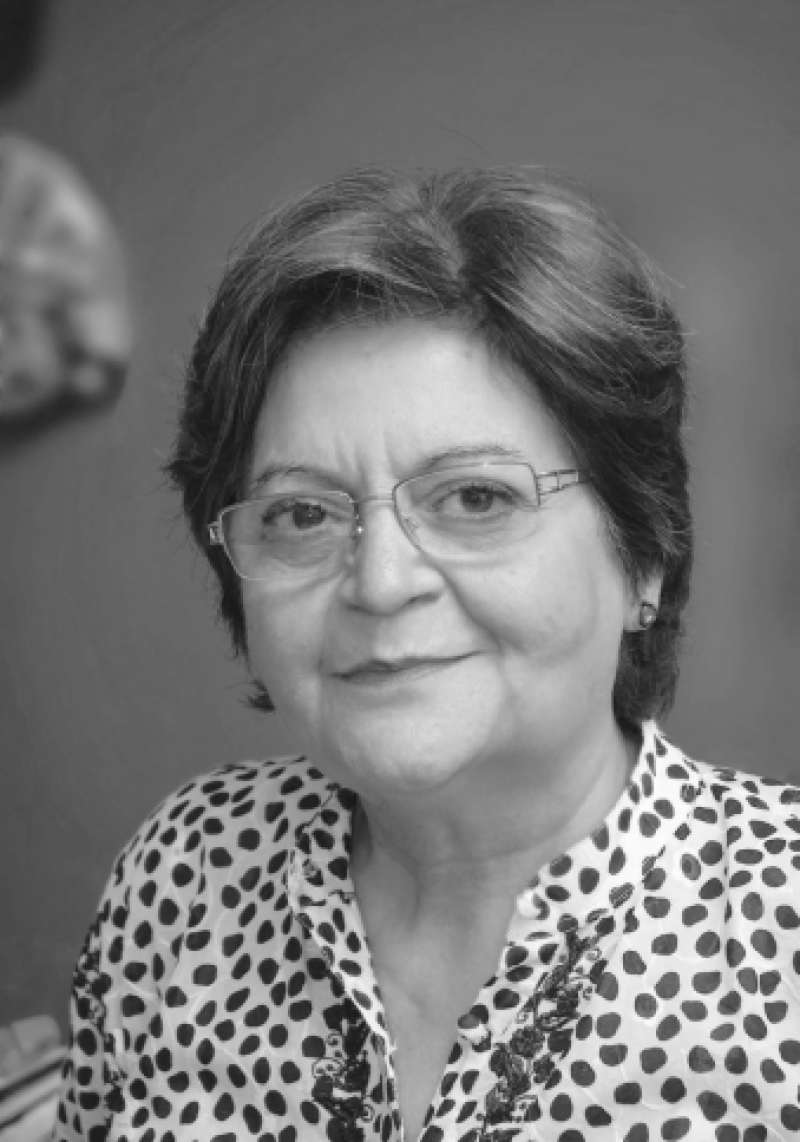 ‘The work was originally a response to the trauma of a woman named Zainab who suffered unimaginable sadistic violence by her husband way back in the 90's. Today the image takes on new meanings. In the wake of the Covid 19 pandemic women all over the world are again being subjected to domestic violence at the hands of their partner, or other family members. Unable to fathom the dark depths of the human psyche, I resort to self-portraits, gagged and silenced yet resisting, backed up against a wall, a motif engulfed by the instability of the elements that make up our existence.

Yet there is a feeling of poetic courage which is a tribute to Zainab.’ 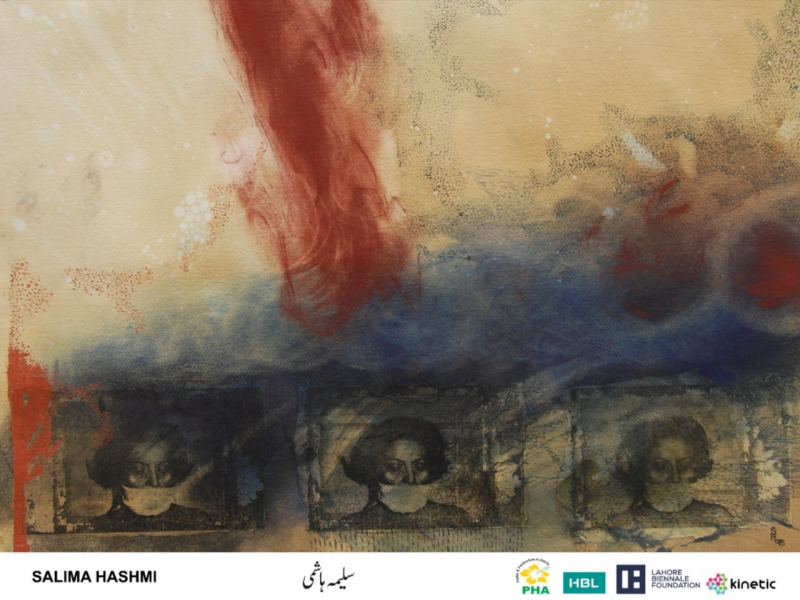 Ali Kazim, ‘Conference of The Birds’ displayed at Mini Market 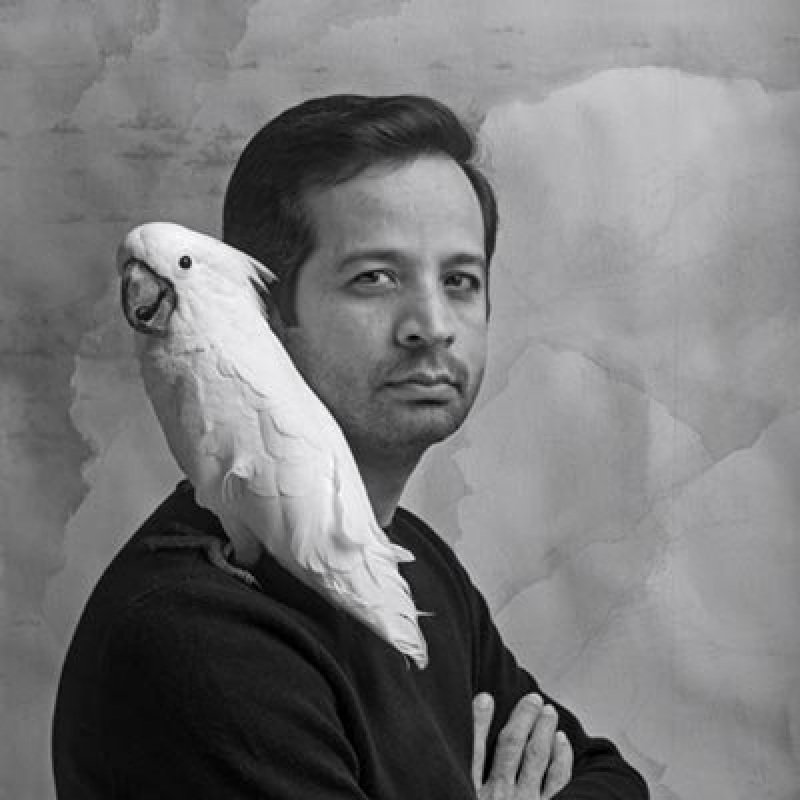 ‘This large-scale watercolour work on paper, comprising five panels of exquisite detail offers a rendition of The Conference of the Birds, the 12th-century Persian allegory by Farid ud-Din Attar.

The species alluded to in Attar’s poem, such as the peacock, parrot, owl, and nightingale are shown following the hoopoe, the wisest of the birds, on a quest to locate the mythical simurgh – their desired leader. Their hazardous journey ends with an epiphany as the birds realise that they, in fact, are the simurgh. The sovereign or beloved that they sought was a part of them all along, and they of it.’ 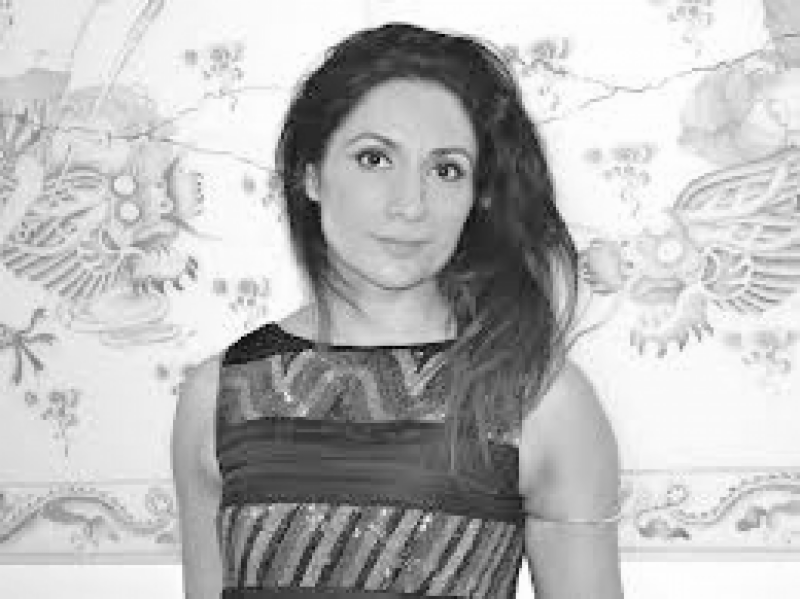 The man defies references as to be framed culturally, ethically or as by time period!

His expression also remains abstract in its exact interpretation 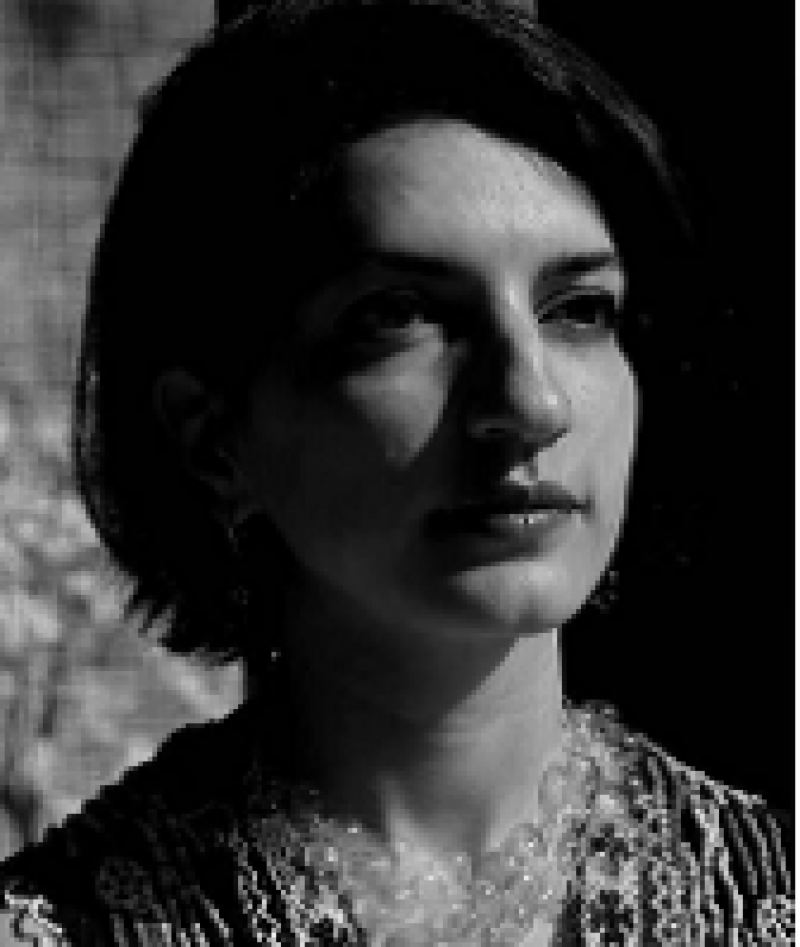 ‘The 1.5 million years old sedimentation of Lahore holds a vast complex of aquifers that runs underneath our feet. In the 1950s and 60s, large amounts of tritium were released into the atmosphere when America tested its nuclear bombs. The tritium got absorbed by the oceans of the world. We date our waters by gauging the tritium levels. River Ravi supplies new waters to the aquifers which is also a dumping ground for industrial effluents.’ 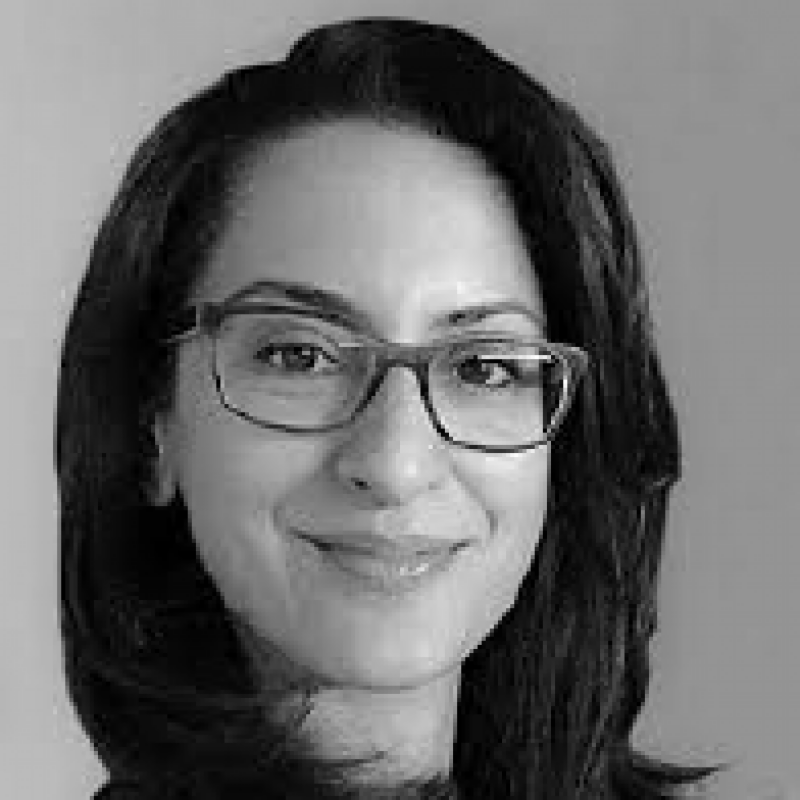 ‘My text based work touches upon the predicaments we are facing currently. On the surface, pollution levels and smog have made us literally lose sight of the horizon line....usually an anchor, a constant, a symbol of hope. On a deeper level this metaphor of the horizon being blurred refers to the feelings of isolation and alienation we have all felt individually over this past year under the circumstances of the global pandemic. Loved ones have had to maintain distances between each other. Young people have not been able to attend school nor socialise with their peers. Life as we knew it has been recalibrated. We have been challenged as humans to redefine our inner horizons.' 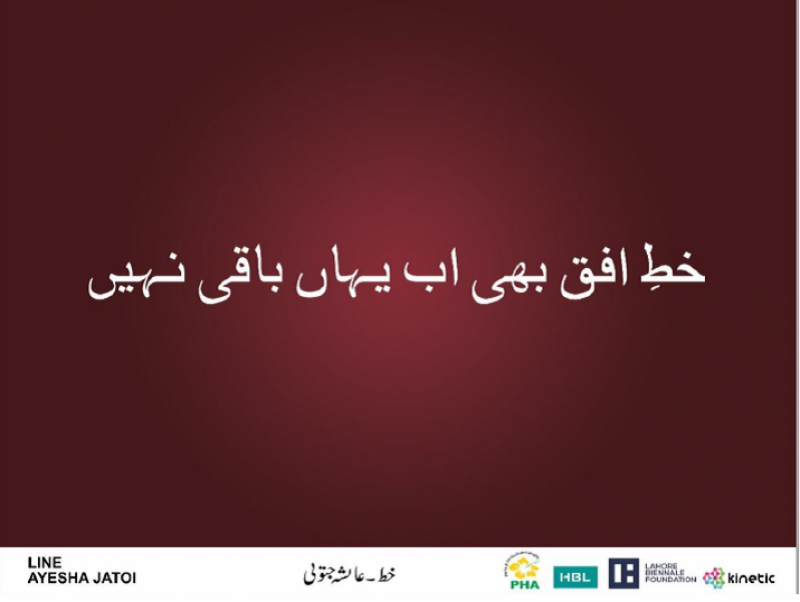 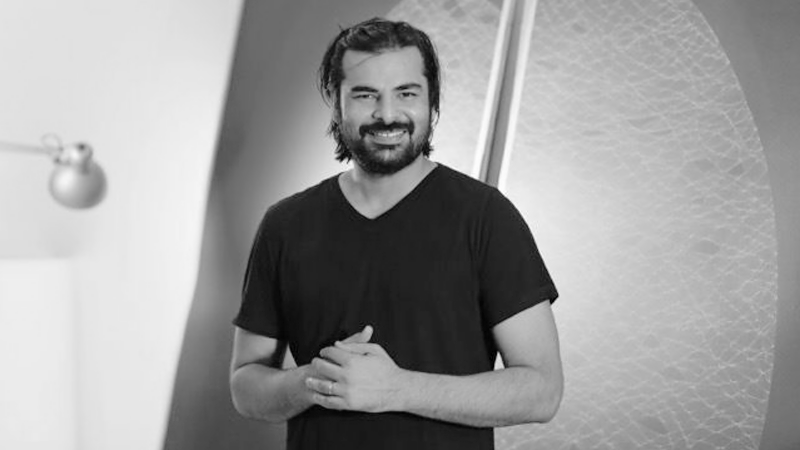 ‘Let it sail organically…Maybe you will see inwards, maybe you will drift across an outward introspection – who knows!’ 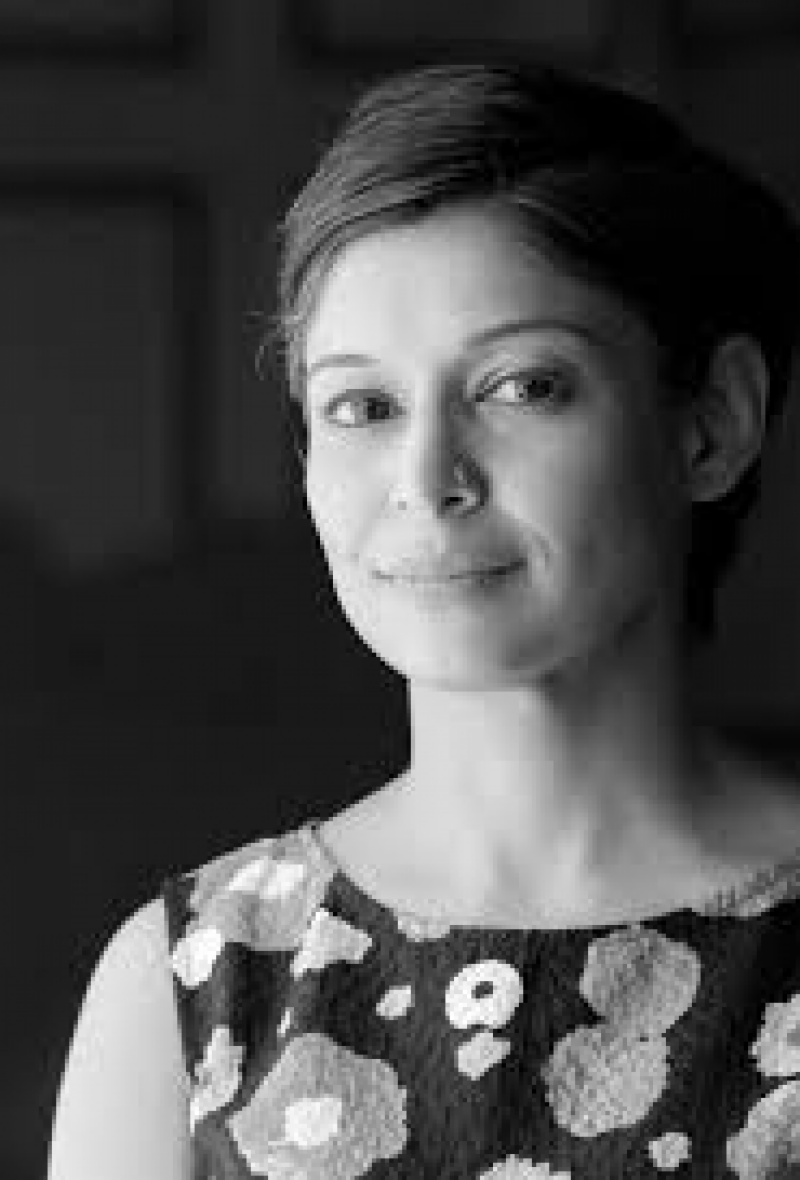 ‘Color has been a central theme in my work for many years. I have repeatedly used the image of a misprint, or misaligned CMYK layers, to question the ideals of truth and perfection through the notion of an “error” as a metaphor. It brings our perception itself to question by seeing the many in the one and one in the many.’ 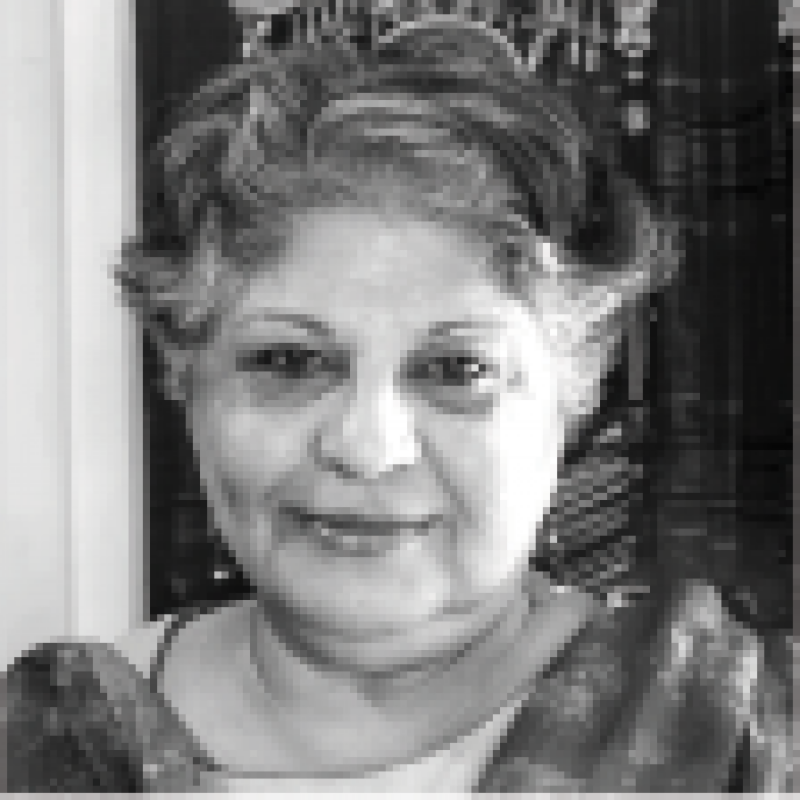 ‘The year 2020 is a ‘pause’ in time for me as I believe it is for the whole world. As if there is a momentary pause that will ‘play’ in time once this pandemic is over. I used the text with two vertical lines below to reference the symbol for ‘pause’ against an image of scrim or ‘malmal’/chaddar fabric which I have used earlier in my work as a metaphor for oppression.’ 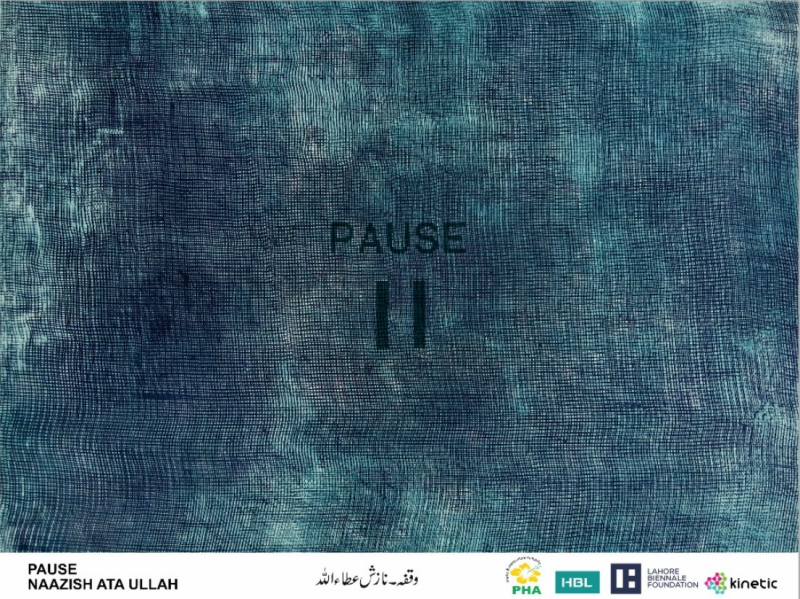 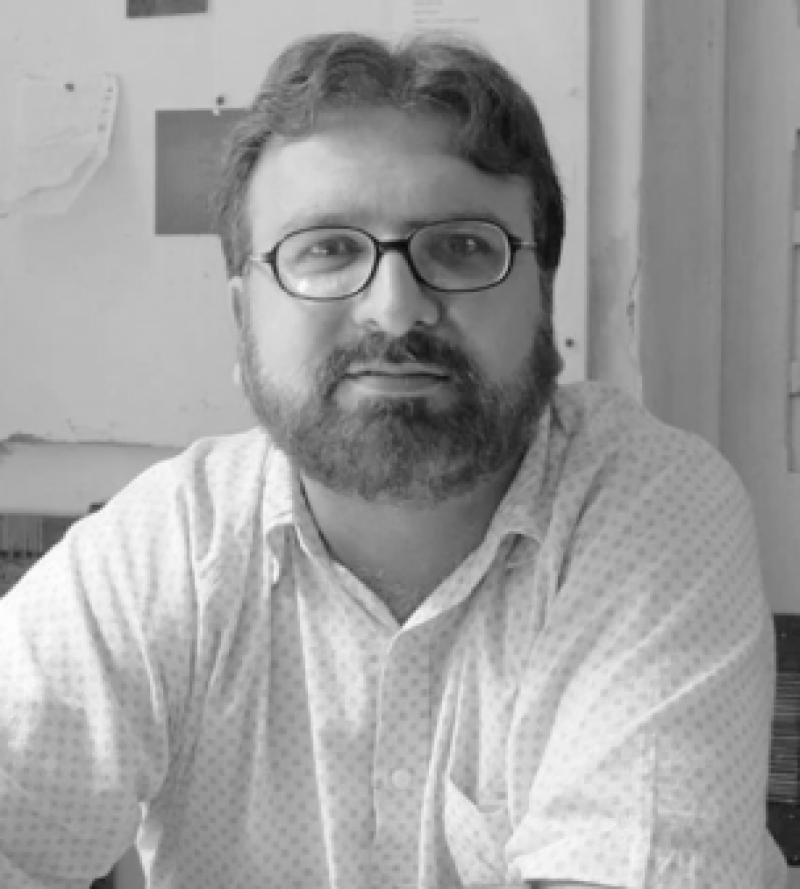 ‘“Bridge on The Canal” نہر والا پل  is a visual story that depicts a romanticized imaginary landscape where a single image shows the transformation of a day into the night.’ 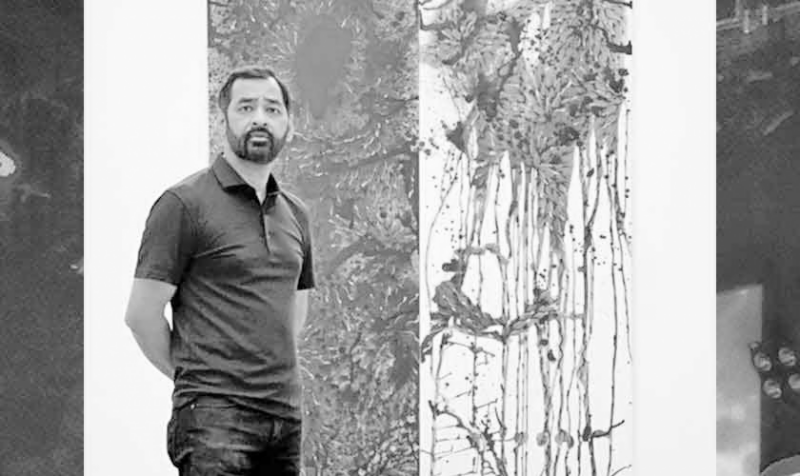 ‘The idea of exhibiting my art work on a monumental scale billboard in a very busy, public space has added a strong visual narrative in a very bold, direct and communicative manner in my art practice.

Responding to the current scenario of the pandemic, the importance of wearing a Mask to protect oneself and people around us has become the central theme of this art work. I have taken the liberty of being an artist by constructing the whole Mask with 24 karat gold leaf, thus equating the value of the Mask with 'gold' itself, whilst at the same time transforming the entity of the Mask into a metallic surface similar to a shield or armour, which protects a warrior in a battle ground. Yet at the same time, flakes of gold leaf may be seen floating around, giving a sense of uncertainty through their fragility in a rather poetic way, symbolic of the uncertainty that we are all experiencing in our lives during these days of the pandemic.’

The project has concluded on the 4th of December but the memory of it lives on - check out the works of all 16 artists featured in this project.

Click here to learn more about The Lahore Biennale Foundation.

‘A Love Letter to Karachi’ Was No Ordinary Performance

Madonna Delivers A Brutally Honest Speech at Billboard Woman of the ...