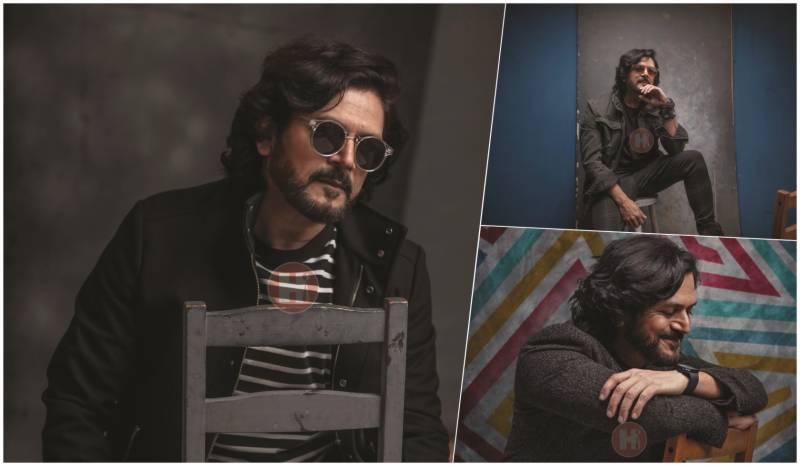 Faisal will go down in history of Pakistan’s music industry as someone who along with his Strings band-mate Bilal Maqsood gave us gems like Duur, Dhaani, Sar Kiye Yeh Pahaar (to name a few) until they decided to part their ways after decades long, successful journey, early last year. His voice is distinguished, deep and poetic and the singer is now on the path of a solo career as a musician but now he says he wants to give back to the society and Pakistan’s music industry. We met with the talented musician for the first time as a solo artist as he spoke his heart out about what his dreams are at this point in his career and life in general – we also talked about living in the era of remixes and if he’d be up for making any of his iconic songs again. Read on to find out all about it...

‘I feel we were lucky to have cracked this 30 year collaboration. This obviously led to the creation of more and more music, which was even picked up internationally’ 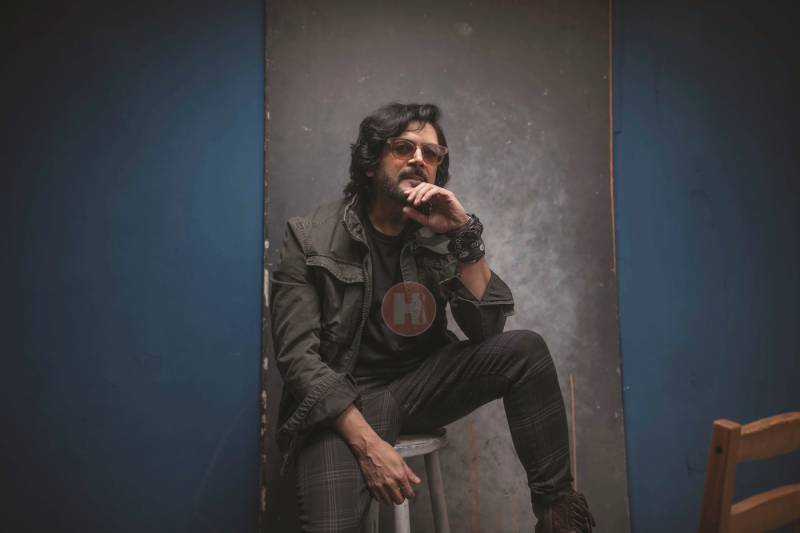 Hello Faisal! It's an honour to speak with you. Surely, future generations will see your likeness in their dictionaries next to the definition of the word success. What is it that you feel you need to do now even after all the success you have?

Thank you for such kind words. At this point in my life my focus is more on ways I can give back to the society and the music industry as a whole. Apart from that, there is still so much more for me to learn. It’s the only way we keep moving forward.

What is your earliest memory of creating music, way back to childhood, or teens? Looking back at pre-String days, what made you realise that you want to do this for a living, for the rest of your life?

I started singing at the age of eight or nine, all thanks to my sister - She was the one who convinced me to take up singing. Way back then, I was a part of Sohail Rana sahab’s program Saare Dost Hamaray. That’s how music and singing started for me. Up until the album Duur in 2000, music was just a passion and a hobby for me. Post-2000, Bilal and I, as a band decided that this was going to be our work, profession, passion, and everything else. 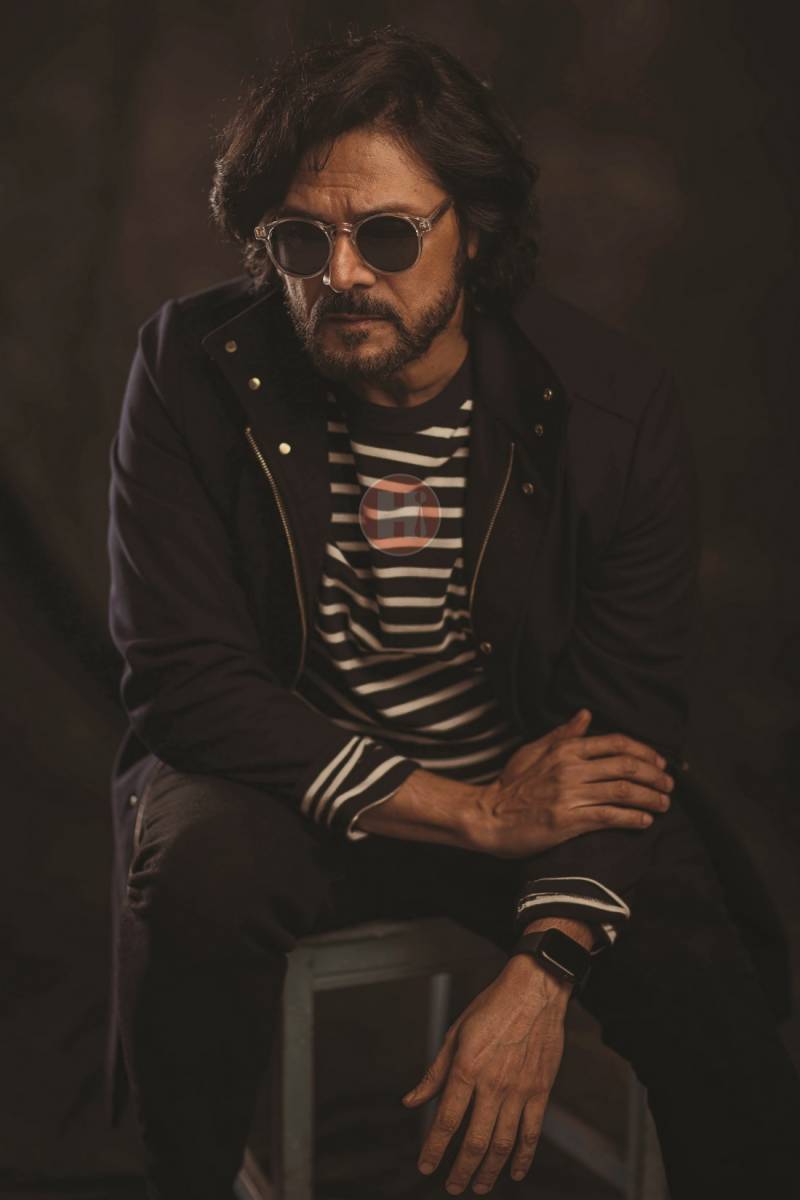 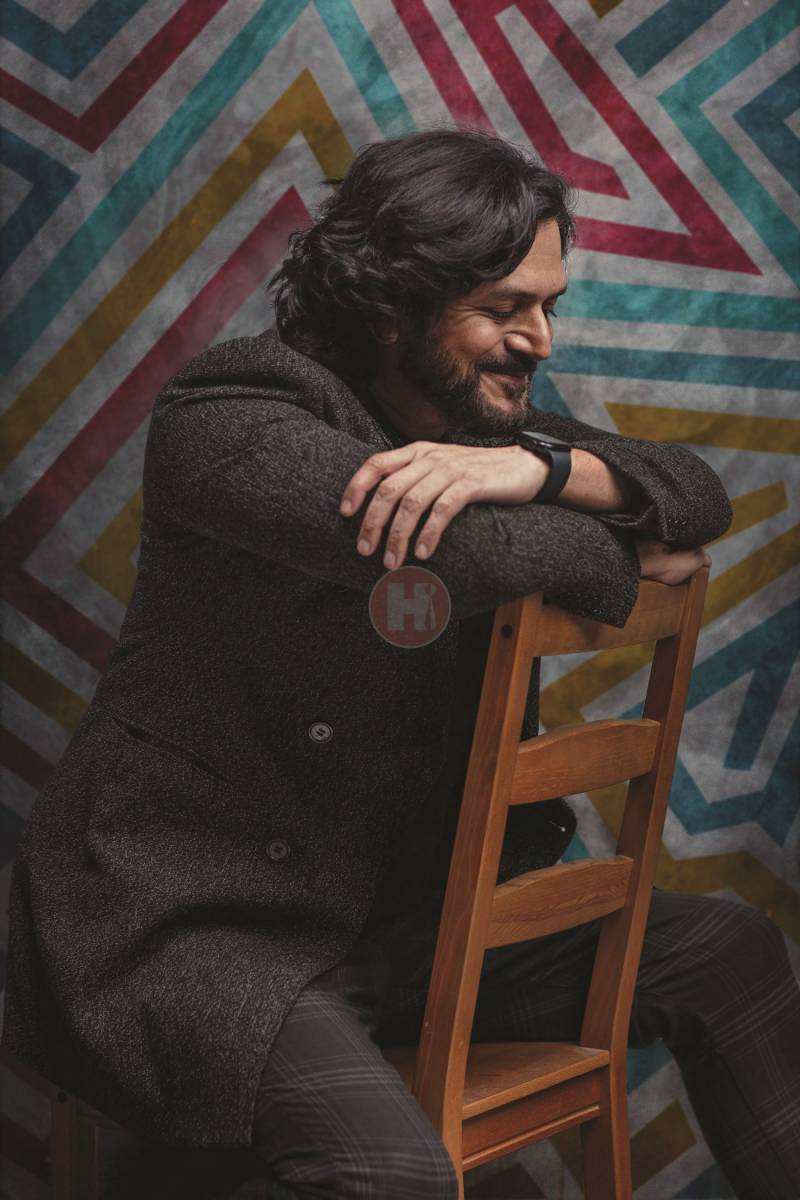 I think what sets us apart is the consistency with which we made music. We stayed together for more than 30 years when so many other bands broke up pretty early in their career. I feel we were lucky to have cracked this 30 year collaboration. This obviously led to the creation of more and more music, which was even picked up internationally.

We're super excited to see you in Coke Studio season 14 and your collaboration with Young Stunners. What should the audience expect this time as you take on this musical journey after Strings?

It’s going to be very interesting. A debut with Young Stunners is something I look forward to as well. I’ve spent 30 years in a band…something I’ll always be super thankful to God for. However, this is an interesting learning opportunity and Young Stunners have been creating great work. New collaborations give an opportunity for anyone to learn and that for me is always exciting. 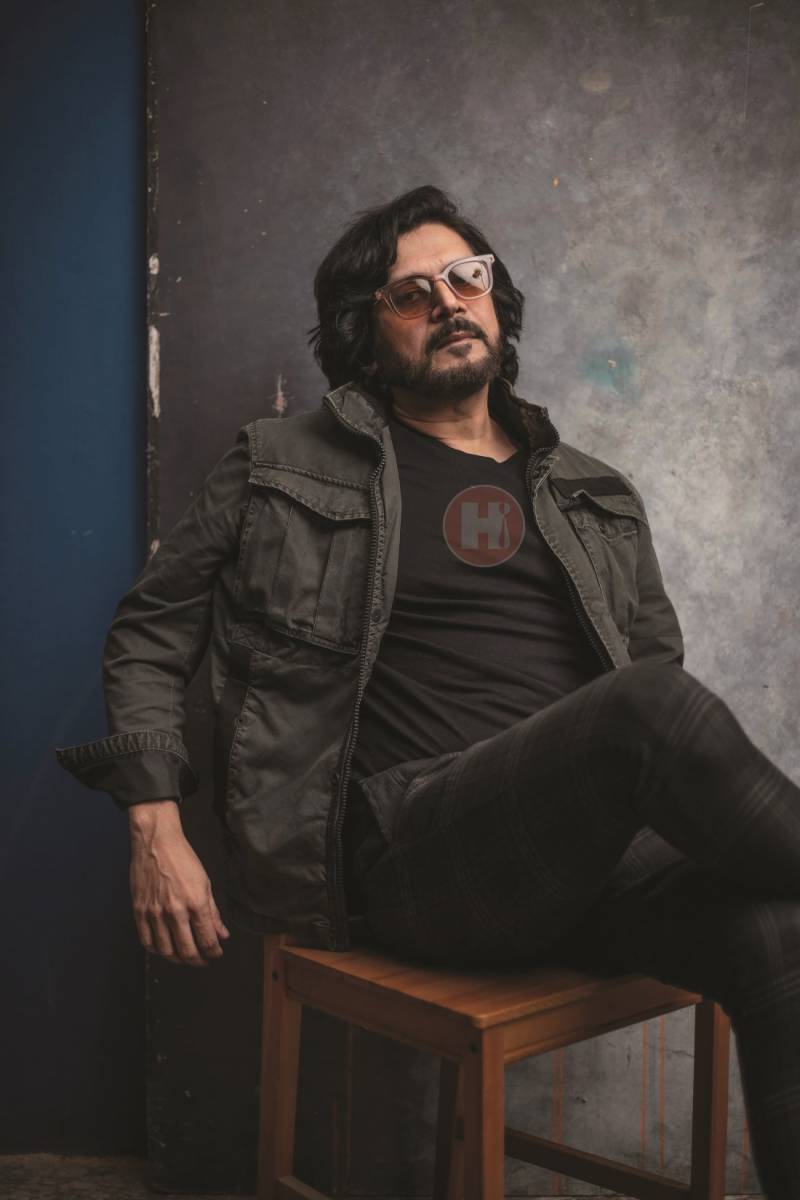 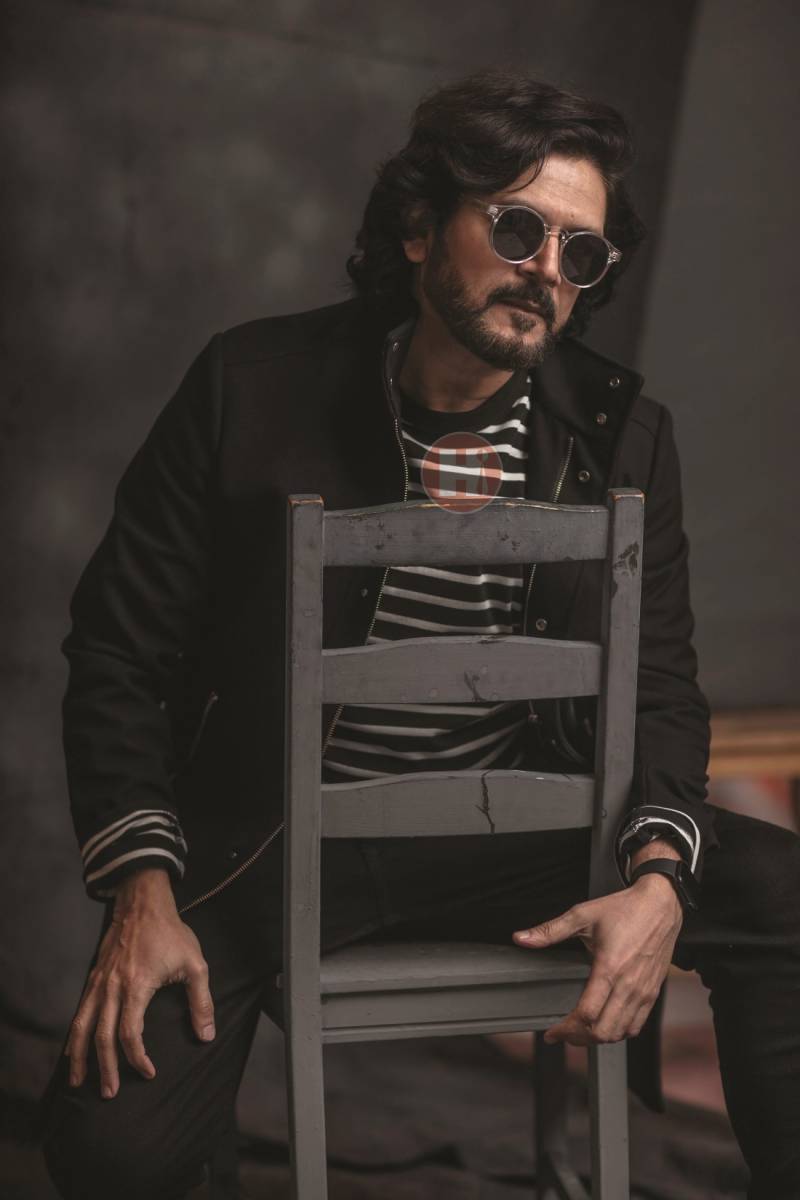 What are your favourite Pakistani bands and musicians?

The list is endless. In the 90s Vital Signs was one of my favourite bands. I really enjoyed Junoon’s music too. Then later on Noori, EP, Call, and Aaroh produced some really good music. I think Atif Aslam has done really great for himself and I really enjoy his songs as well. There are obviously new talented artists who are doing so great! I can go on and on with this list.

‘Strings was a journey of a band working and learning together. Coke Studio was on the opposite spectrum where we worked with incredibly talented people’

Any young musician/band you see great potential in?

From the younger lot, I listen to Shamoon Ismail, Young Stunners, and Umer Farooq. There are also so many other Pakistani musicians who are doing so well right now.

From the classic-hit songs Sar Kiye Yeh Pahar to Duur, Dhaani and the Coke Studio, how have you transformed or seasoned as a musician of your league?

30 years of making music in a band…with every album, every song you transform. There’s soo much to learn. Strings was a journey of a band working and learning together. Coke Studio was on the opposite spectrum where we worked with incredibly talented people. It’s all been a great learning experience. 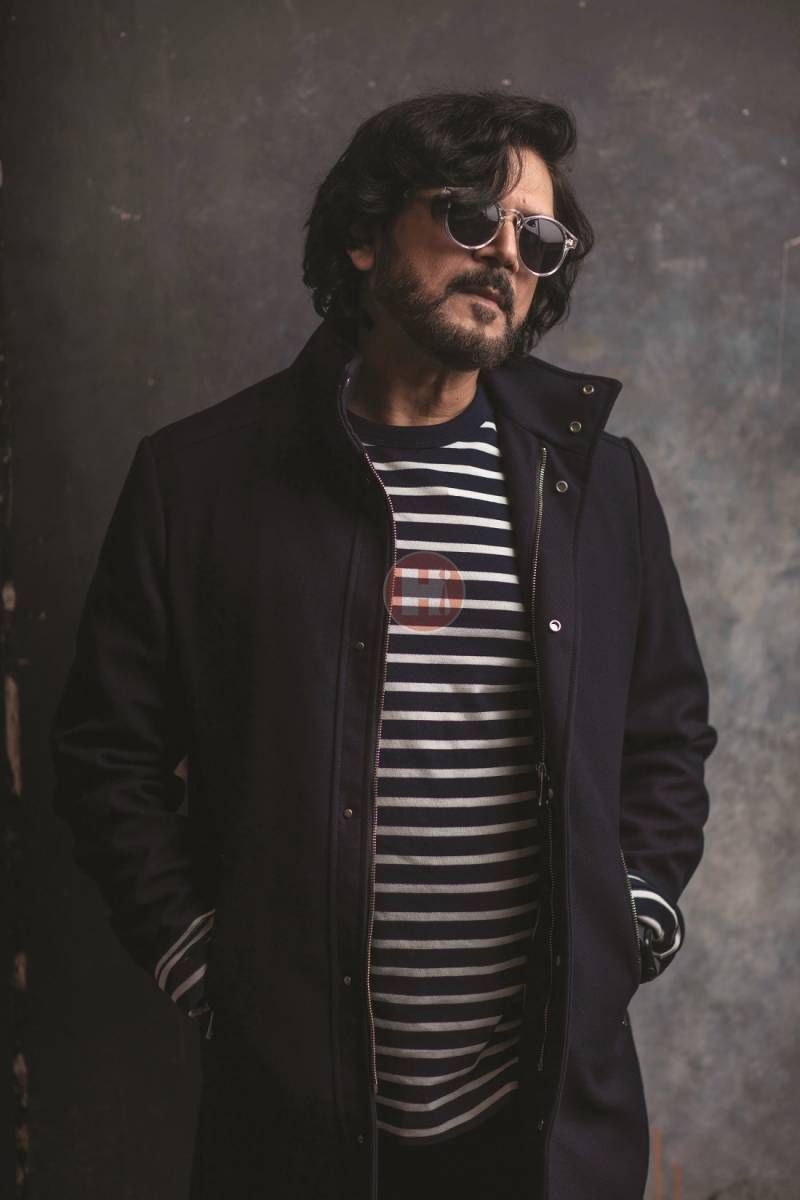 You and Bilal were part of Coke Studio for four years, arguably the most successful musical platform Pakistan currently has to offer. Looking back, what were some obstacles, backlashes faced, and glorifying moments of the role? Which season has been your most favourite?

Coke Studio is definitely the biggest platform we have for music in Pakistan and when we started producing it from season 7, it was a huge task. Thank God we were able to do what we wanted to do and all four seasons turned out really nice. Of course, every project has its own issues, it’s part in parcel. However, tackling issues itself is a learning opportunity. You learn and move on and you try to do better in the next one. So definitely an awesome experience for us.

‘I think I’ve been lucky to do all that I’ve done so far, never regretted any work. Projects that we didn’t do, we didn’t really dwell on those either' 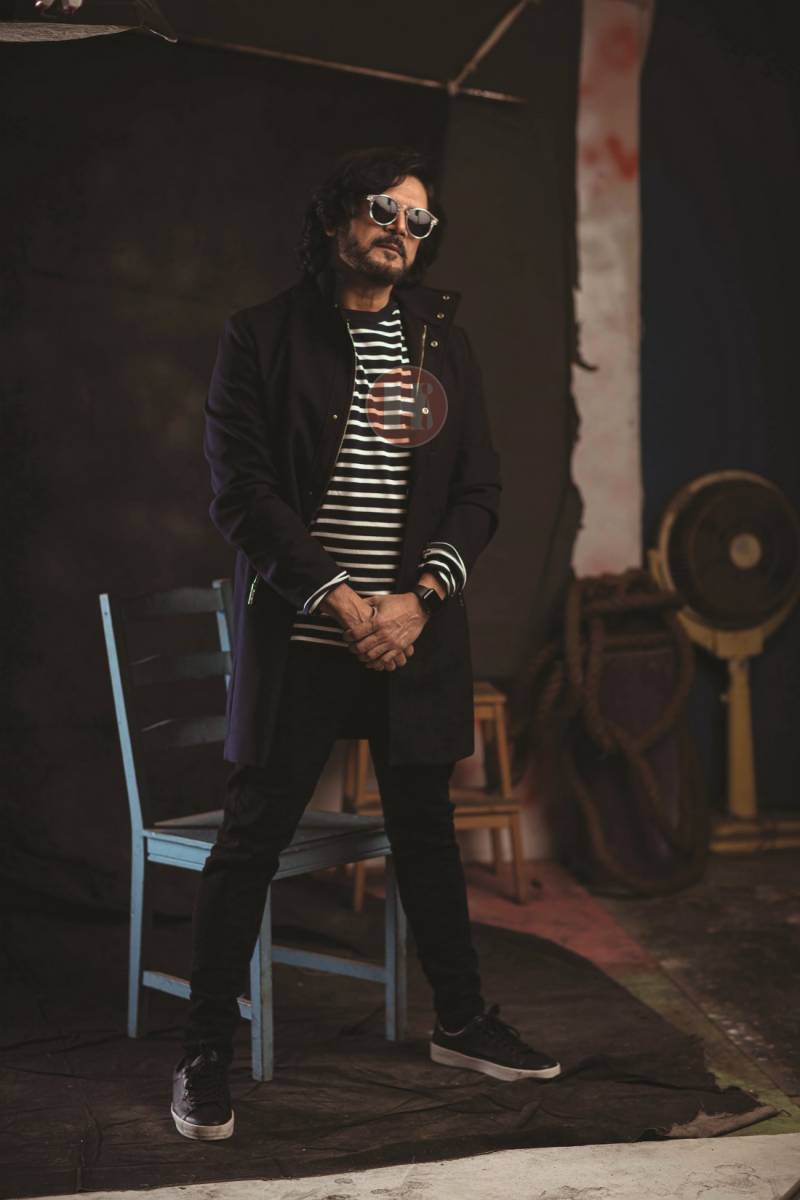 Are there things you as a musician would like to do, but haven’t been able to do? Any projects you wish you had taken up but couldn’t?

To be honest, not really. I think I’ve been lucky to do all that I’ve done so far, never regretted any work. Projects that we didn’t do, we didn’t really dwell on those either.

Since we're living in times of remixes and renditions, would you ever consider making any of your hit, iconic songs again? If yes, which one would it be?

This is an interesting question. We released Strings 1 in 1990 and Strings 2 in 1992. During our second phase when we were working on Koi Aane Wala Hai, which was in the year 2008, there were some songs that we thought should be from Strings 1 and Strings 2. You saw Mene Tujhe Dekha Na from Strings 1 which was redone, re-recorded, re-arranged and re-renditioned for Duur.

Last two years have been very strange for the world and people have had ups and downs. I’m sure everyone, even Faisal Kapadia, has bad days. What's one thing that picks you up if you’re feeling sad?

During Covid, the world has suffered so much. My heart goes out to all those who lost their loved ones and the people who suffered in other ways. It was very unfortunate. I was lucky enough that I just stayed with my family and I stayed home. I just took this whole experience as a time to slow down. During this downtime, one can’t stop pondering over this race of life that we’re constantly trying to run. I think it was really important for the globe to pause and just slow down a bit. 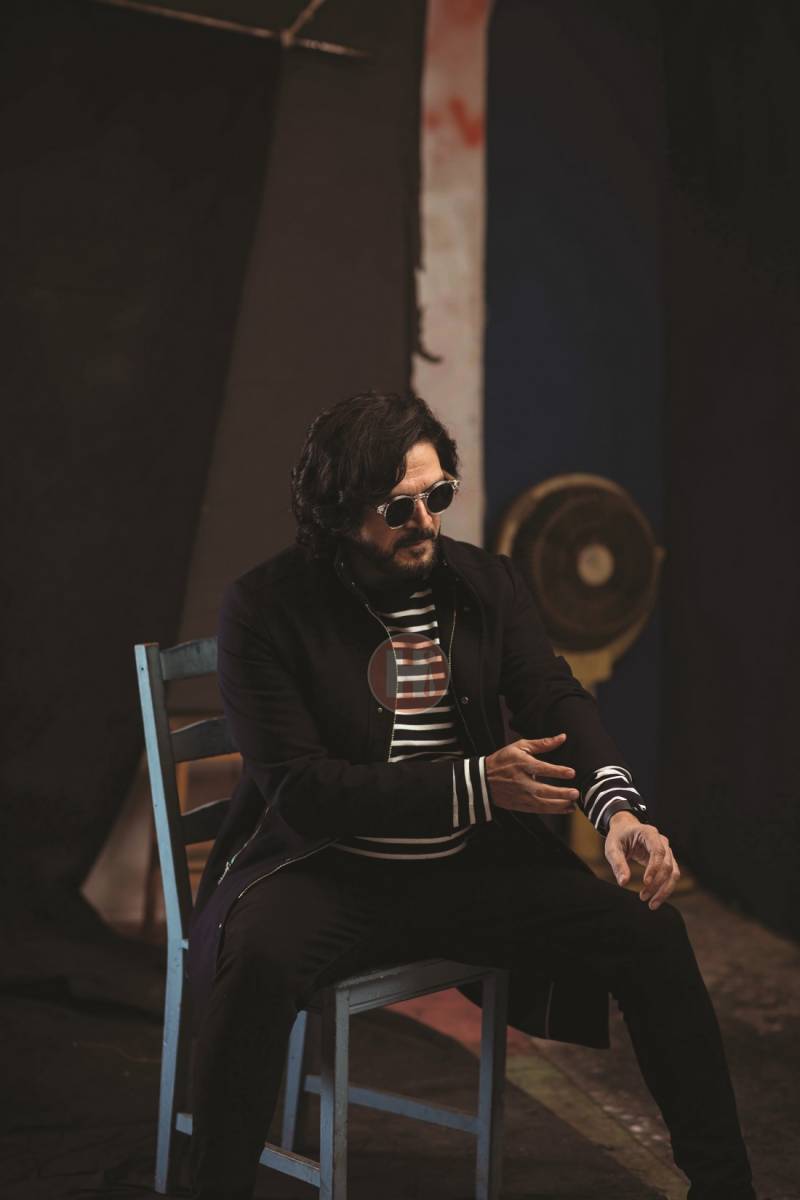 After running for 33 successful years as Strings and now as solo, What is THE DREAM, Faisal, at this stage in your life?

Dreams! Dreams are very important. I am very happy and delighted that we got the opportunity as a band to be together for 33 years. It was just amazing. This however, is a new phase. There are no dreams as such but yes I want to do whatever I enjoy. I want to give back to the community, spend time with my family and my loved ones. I just want to be in the moment.

‘I am very happy and delighted that we got the opportunity as a band to be together for 33 years. It was just amazing. This however, is a new phase’ 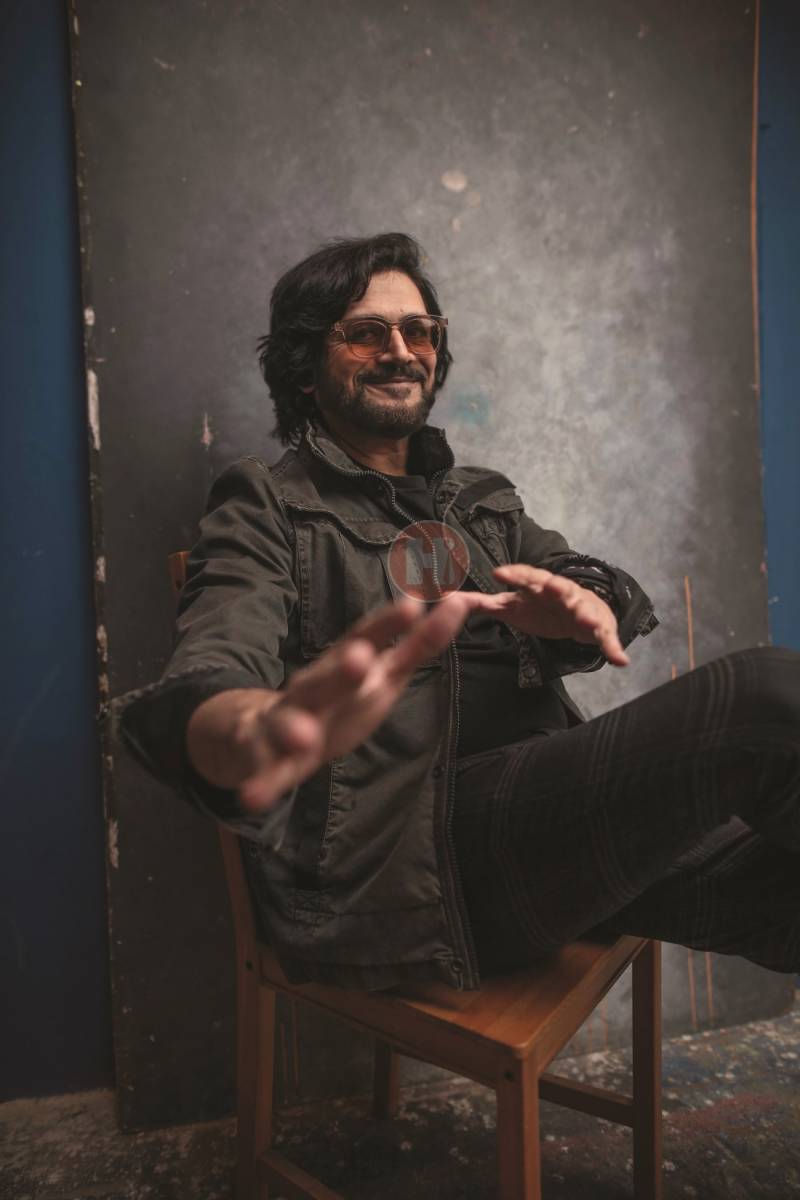 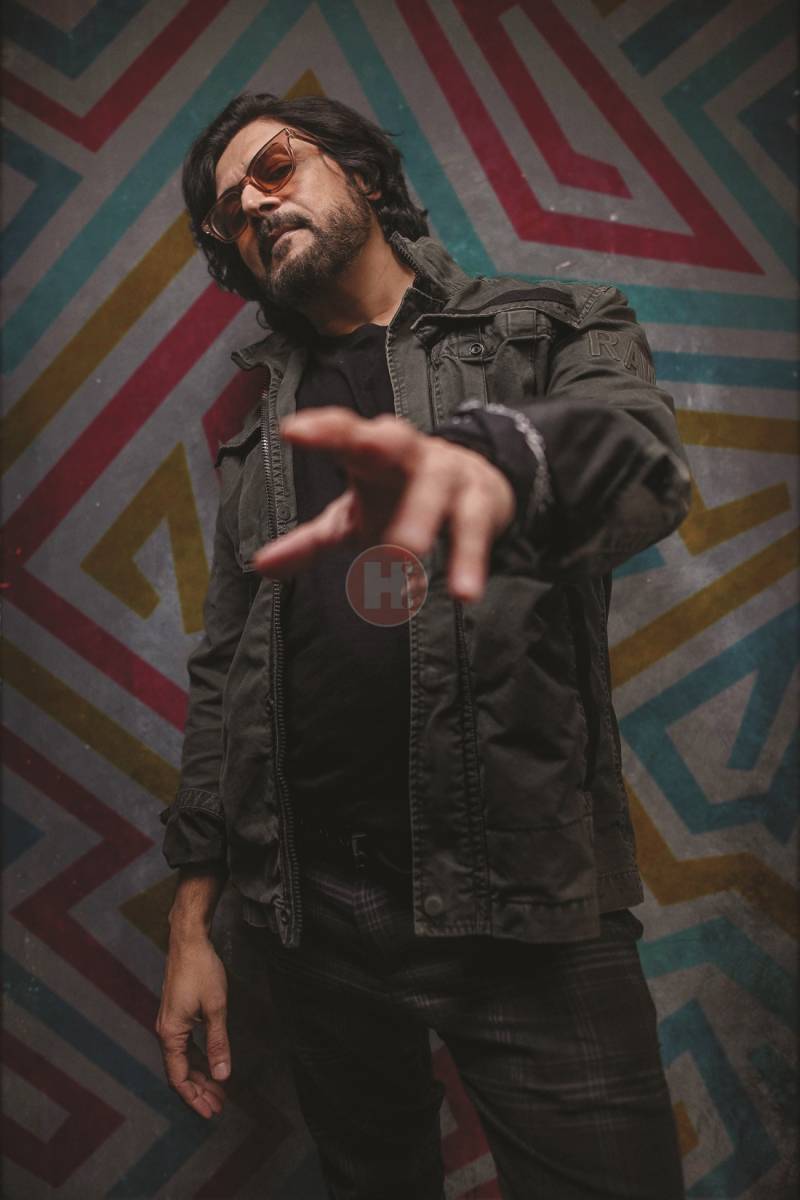 What is the first thing you notice when you meet someone for the first time?

Who is your celebrity crush?

Back in the day, I had a huge crush on Demi Moore

What’s your one biggest pet peeve?

What accomplishment are you most proud of?

There are many. Work-wise if you ask me, it’s being an ambassador for UNICEF, United Nations for HIV AIDS. That was a very proud moment. And in terms of personal life I just hope that I’m a good father.

What is your favourite movie quote?

I’m not big on social media if I had to choose then my favorite apps in general I would choose YouTube and Spotify.

Aleem Zafar Sat Down With HELLO! For A Heart To Heart About ...

Salar Shamas Talks to HELLO! About The Music Industry In Pakistan, ...