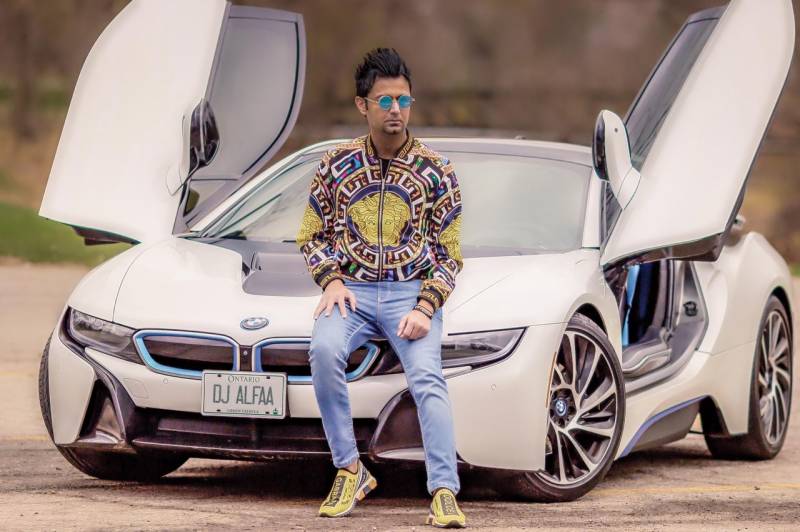 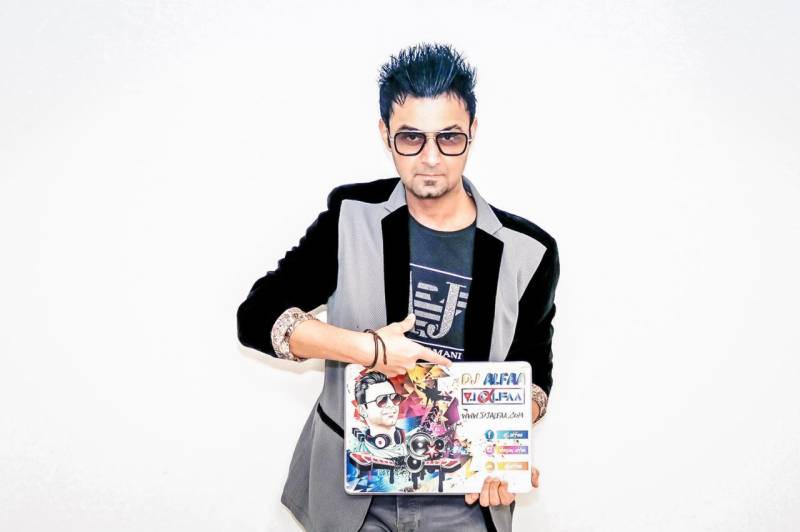 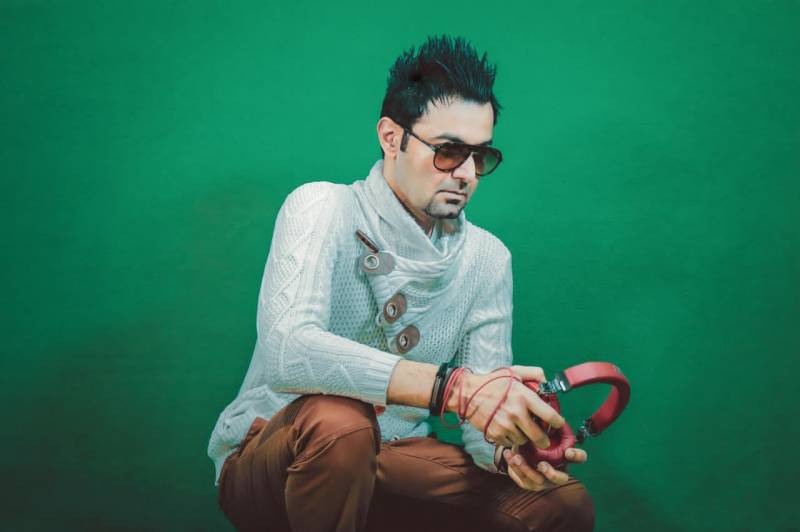 Electronic Dance Music (EDM)—made up of genres like House, Trance, Future Bass, Chill-out, Trap, and Drum & Bass—has become globally mainstream relatively recently and has taken Pakistan’s young, affluent urban population by storm. If you are one of those who loves the high of swaying to the tunes of EDM, we at H! Pakistan bring to you DJ Alfaa, a Toronto based DJ & Music Producer who combines a variety of compositional elements to form his unique sound. His EDDM (Electronic Desi Dance Music) tunes will force you to tap your feet along!

DJ Alfaa is a Toronto based international DJ and music producer has always had a natural affinity for music; honing his craft over the years and developing a reputation as being one of the “Best Bollywood DJs of Canada”. He began his career by performing in clubs of Dubai and took forward his talent internationally. He has performed at over 100 gigs across Dubai, Canada & USA. Currently, DJ Alfaa is the Resident DJ of The Desi Nights across all locations in Canada & USA.

In an exclusive interview with H! Pakistan Dj Alfaa, talked about his recent remixes of popular Pakistani tracks & his collaboration with local artists!

Tell us about your new song; “Aap Baithay Hain - EDM Qawwali”? What’s different about it? And your collaboration with Zamad Baig - First Pakistani Idol?

DJ Alfaa: “Aap Baithay Hain” is Qawwali, originally sung by the late legend Nusrat Fateh Ali Khan. Zamad did its rendition in his own unique style which is very impressive. Personally, I always like to experiment with different genres and styles of music and when I first heard this track, I decided to go for it. My team got in touch with Zamad and we decided to take it forward. I would say it’s the perfect example of how different genres of music can be fused into one. This track has elements of Future Pop, Hip Hop & Bollywood Styled Music without disturbing its Originality of Qawwali.

You picked another Pakistani Classic and made it “BooheBariyaan 2.0”? What’s the story behind it?

DJ Alfaa: I would say it's a Tribute to Hadiqa Kiyani. I wanted to do something different with this track while keeping the original essence of it and I think I did it! My creation of this track is a rehashed version of classic folk Punjabi in the Future Bass genre. My idea was to fuse english vocals and lyrics in it without disturbing the original flow. By the way, I think I can claim that it’s the first Future Bass Pakistani Song.

How easy or difficult is it to sell your concept of Music to Pakistani artists?

DJ Alfaa: Honestly, not very easy! It’s challenging! First off, I think not everyone really understands Electronic Music and the power it brings. Secondly , I don’t know but there is some kind of unexplainable resistance or lack of welcomeness. I think Dj-ing & Remixes are still Alien to Pakistani Music Industry.

Would you like to collaborate with more Artists? If yes, who will they be?

DJ Alfaa: I love Collaborations! I have few projects lined up with leading Industry artists. I recently did an Official Remix for Sidhu Moosewala as well but If you’re asking about Pakistani Artists, I would say it’s a long list but to mention a few: Strings, Junoon, Haroon, Meesha Shafi, Ali Zafar etc. Basically I’m in love with 90s music and would love to rejuvenate it in my own style.

: What is it about DJ-ing, compared to, say, producing your own music?

DJ Alfaa: I think DJ-ing is more rewarding in real time as compared to producing music in a studio. You get to see the crowd, their reaction, appreciation. Under the huge LED panels, psychedelic lasers and thundering speakers, Eyes closed, arms outstretched at a music console in front of screaming fans in a club. I think that’s the best feeling!

How Neha Khan is Breaking Barriers In Music Through Her Niche

NATIONAL TREASURE FAISAL KAPADIA SPEAKS ABOUT HIS LIFE AFTER STRINGS, ...