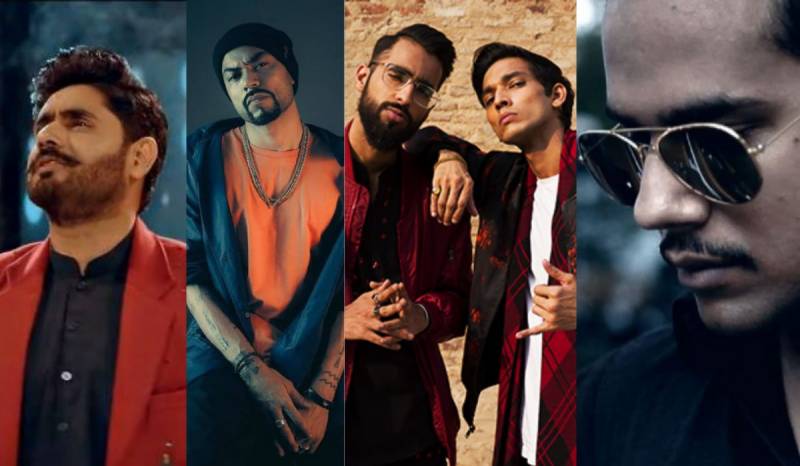 Pakistani music is as diverse as the multi-ethnic population of the country, but one genre that gained popularity in recent years is hip-hop and rap. Contrary to popular belief, rap music is not at all new in Pakistan.

The first-ever rap song that made it to our screens was Yaqub Atif’s ‘Pani da Bulbula’; he sang the song in 1979 and experimented with hip-hop throughout the 80s and 90s. We listened to songs like Bushra Ansari’s ‘It’s my life,’ Hassan Jahangir’s Shaadi Na Kerna, and Fakhre Alam’s Bhangra Pao, but one song that introduced hip-hop to the general public was Abrar-ul-Haq’s Billo; the song got so popular that people started calling him ‘Billo Boy.’

The rap scene started changing in Pakistan after 2011 when singers started talking about localized social and political issues in their songs instead of cars and girls, which was the norm back then, and hence took away the white-washing: ‘gora gora rung.’ Singers started releasing songs that were socially and Politically in sync with the times we were living in, and we listened to songs like Beygairat Brigade’s Aloo Anday and Ali Gul Pir’s Waderai Ka Beta. We also saw bands like Lyari Underground, who made social issues the center of their music. They essentially redefined how music can explore elements of society. Singers like Faris Shafi and Young Stunners started capturing the essence of time so beautifully. They started talking about taboo topics, conversations you normally don’t see as the subject of music. You can see a reflection of the society in the art form of singers like Sunny Khan Durrani, Faris Shafi, Sakin, Beygairat Brigade. They showed us that this is how you reply to an aggressor and what they have created will stay there for generations to see.

The rap industry may be male-dominated, but we see women like Eva B making their mark in the industry with songs like Gully Girl. She talks about the realities of life, which is why she prefers to stay underground because she thinks this can endanger her life. Rap is even popular with kids now, with rappers like Kaky Thousand making songs now. The first Rap Battle of the sub-continent also happened in Pakistan; it was between Xploymer Dar and Aboo Dean. Rap is finally making its mark in the mainstream industry now, with songs like Power Di Game by Xploymer Dar being featured in one of the biggest movies of the country, Verna. The OST of Laal Kabootar was also hip-hop sung by Taha Malik and Zoe Viccaji. It is also being commercialized: the biggest spenders of the country look for rappers so they can be featured in their advertisements.

As such, the rap scene in Pakistan will only go forward because we are using music as a tool to talk about society. Sunny Khan Durrani released songs like Fatwa Jari and Pazeb; rap in Pakistan is a very diverse field because we are thinking global and acting local, and we are only going forward from here.

Hop Into Summer With Some Added Colour To Your Wardrobe

Embassy of Pakistan in Berlin Celebrates Pakistan Day with The ...

A Pakistan Affair: An Epicurean Voyage Through Pakistan