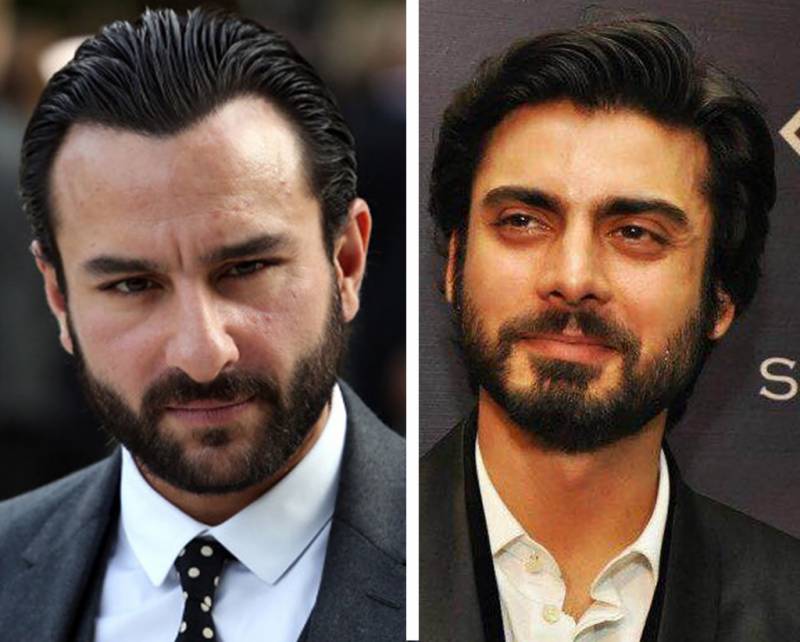 Pakistan's current heartthrob across-border Fawad Khan has ironically replaced another Khan in an upcoming Bollywood movie. It seems like there's more than just luck on his side!

According to an Indian media report, Saif Ali Khan was all set to play a role of a young musician based in London while Anil Kapoor is depicted to be a senior music teacher. Ultimately, the friendship between the two turns into a conflict and things get messy!

Pertaining to Fawad's rockstar image, this role seems to be an ideal fit giving him an opportunity to work alongside his Khoobsurat co-star Sonam’s father, Anil Kapoor.

While Fawad gets ready for his upcoming venture, Saif Ali Khan takes the back seat according to Deccan Chronicle, he is taking it slow with one film a year, which is why he backed out of this project. Moreover, he will have to return his signing bonus of INR1.5 crore to Salman’s production house SKF (Salman Khan Films).

Saif Ali Khan Opens Up About His Daughter Sarah and Son Taimur Ali ...