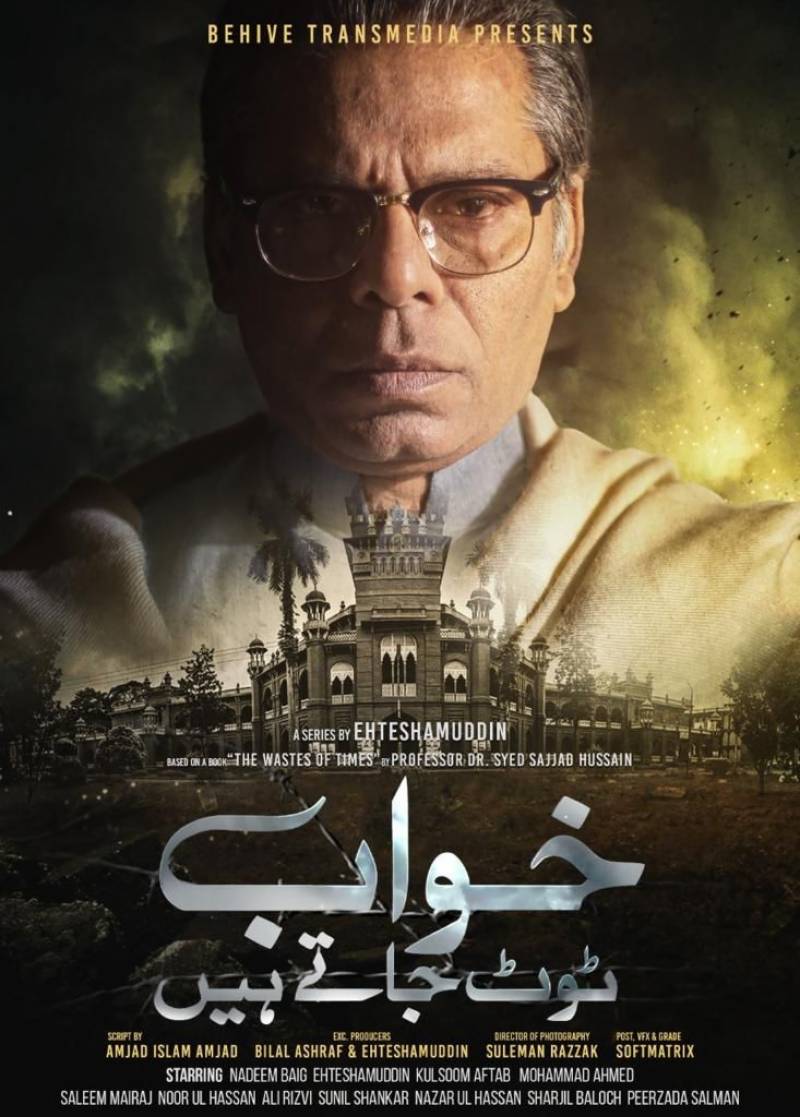 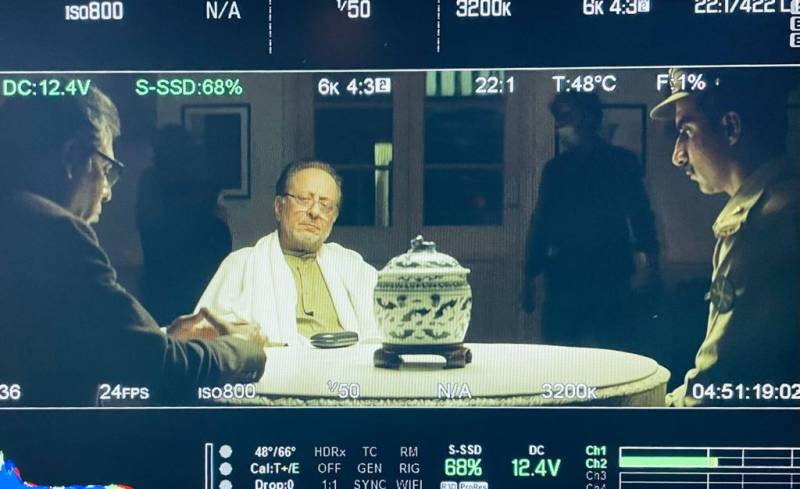 Stories like Dastaan and Aangan have made waves on television, educating the masses about the sacrifices made by our ancestors at the time of Independence in 1947. But the split between East and West Pakistan relatively gets less limelight on our screens. After all, it remains a significant event in our history and much of the story remains untold.

Drama adaptations that depict the Indo-Pak partition are quite a norm. However, the recently released mini-series on Hum TV 'Khwab Toot Jate Hain’ caters to this void, giving us a detailed glimpse of the historical account of the struggle in East Pakistan that led to its eternal fall.

Based on the book “Wastes of Time” written by Prof. Dr. Syed Sajjad Hussain; the drama will

surely serve as an awareness for the audience that certain political campaigns created unrest in East Pakistan and led to the ultimate divide from Pakistan.

The mini-series is written by the man with the golden pen ‘Amjad Islam Amjad’, directed by the veteran ‘Ehteshamuddin’ and produced by Beehive Transmedia, a joint production of Bilal Ashraf and Ehteshamuddin.

The director himself has donned the leading role of Dr. Syed Sajjad Hussain in the tale and is narrating his story as a prisoner in Dhaka Central Jail.

THE TRAGIC EVENTS THAT LED TO THE GREAT FALL

The episode is set in 1971 and gives us a warm-up to the turbulence that resulted in the decline of East Pakistan. We meet Prof. Dr. Syed Sajjad Hussain; who abandons his job in a university in Karachi to take the role of Vice-Chancellor in the University of Dhaka. In those days, Dhaka was in a chaotic state but the Professor was determined to fulfill his duty and took on the job after much convincing by the Education Secretary-General (Nadeem Baig).

From here onwards, we see it all from the eyes of the Professor that how young learners had abandoned their studies to fight for freedom from Pakistan. Staunch activists like Professor Anand (Muhammad Noor-ul- Hassan) acted as a catalyst to the movement of protests, as he wanted to break away from the tag of a second-class citizen. We see how discussions were held about Urdu taking over the national language and poets like Iqbal being prioritized over the likes of Rabindranath Tagore. The Bengals wanted their own identity and felt that they had no say in the running of the country. Eventually, they wanted their homeland and wanted to take the reign of Bengal.

Dr. Syed Sajjad Hussain tried his best to not to add fuel to the fire. He ensured he propagated the message of unity between East and West Pakistan, reminding his fellows of all the blood that has been shed for a Muslim homeland. But the aggression had already taken its peak amongst the students of Dhaka University.

So much so, we witnessed how one non-Bengali student in the university gets beaten into a pulp for protesting against the removal of Iqbal’s picture from the walls of the institute, by two Bengali freedom fighters, Sunil Shankar and Saad Fareedi.

The episode ended with Dr. Syed Sajjad reminiscing it all in the confines of the jail and being a convict for not collaborating with Sheikh Mujib Ur Rehman in his movement against West Pakistan. Labeled as prisoner no. 9, he is summoned by the guards for there is a special message for him. What will happen next, only the next episode will unveil.

A CAPTIVATING PROJECT OF ITS KIND

Khwab Toot Jate Hain’s first episode had us floored with the mystery and intrigued weaved in the plot. It was evident that the director Ehteshamuddin strategically planned every scene, making it all look real for the viewers and making them live every moment as told by Prof. Dr. Syed Sajjad.

From the style of the actors to their accent, the locations shown to the cars they drove; all the elements took us back into the era of 1971. Ehteshamddun in his portrayal of Dr.Syed Sajjad looked every bit a leader on-screen and owned the frame throughout. Some of the scenes gave us goosebumps, exhibiting the restlessness in the air and a sense of betrayal running through the minds of Bengalis.

The mini-series is indeed a must-watch and deserves all the spotlight amidst over-rated saas-bahu brawls that seem to have found a permanent abode on our screens. So much so, Khwab Toot Jate Hain will open the minds of the youth, compelling them to read into the history themselves and realize how being cohesive as a nation could still have made us united with our long-separated brothers.

WHY IS AHAD RAZA MIR BEING CRITICIZED FOR HIS ROLE IN NEW DRAMA 'HUM ...

A Tragedy Unfolds As PIA’s PK 8303 Crashes In Karachi Days Before ...

FROM INFLATING THE ECONOMY TO FAILING EMPATHY: DEAR IMMI, DOES THE ...