In September 2019, ferocious fires started blazing in Australia and have been ever since. Before the fires ignited, Australia was already enduring a drought and during the summer the heat just kept rising. The main reason for the growth of the fires were the climate and weather conditions (such as lightning) as well as human actions. In fact, police in Australia have charged over 24 people for intentionally starting bushfires. 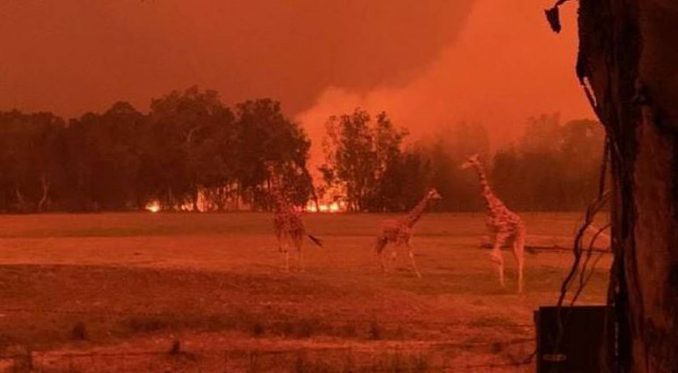 Since the birth of the Australian bushfires, 15.6 million acres of land have been burnt down which is eight times more than the land that was burned in California in 2018. These fires have wiped out entire towns and most of the bushland, forests and parks i.e. the home of Australia’s wildlife.

These fires have not only caused severe damage to the land, but the people of Australia have also been devastatingly affected by this horror that they’ve had to encounter for months on end. So far, 27 people have died, over 2000 homes have been destroyed and 653 more have been damaged. One of the greatest tragedies to come from the fires are the deaths of almost half a billion (480 million) animals like Koalas and Kangaroos who were either incinerated in flames or died due to choking on smoke. In New South Wales, nearly a third of the koala population have died and a third of their habitat has been destroyed. 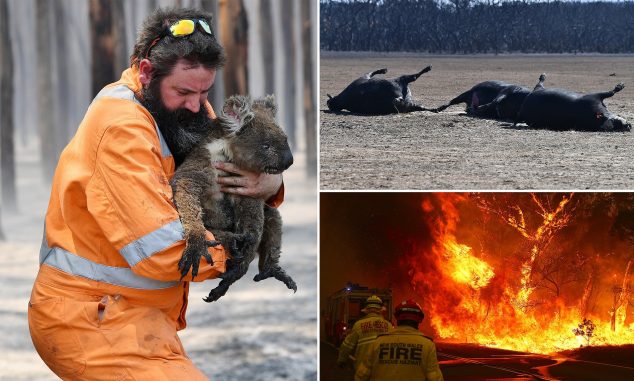 Despite the horrific circumstances, the people of Australia and the firefighters are trying their best to rescue as many animals and put an end to as many fires as they can. People from all over the world, including celebrities have shown their support by donating up to millions of dollars to Australian bushfire reliefs such as the Australian Red Cross Foundation. Recent rainfall in Australia after five months has also helped soften the situation. Though these efforts have been made, this is still nowhere near the end as fires continue to ravage Australian land and put the lives of millions in jeopardy.

Australia and KASH Foundation Come Together To Address and Raise ...