The TEDxLahore Women that took place on 29th October, headed by the curator, Irteza Ubaid marked the fourth event of its kind. First launched in 1984 in the US, Technology, Entertainment and Design (TED) stands as one of the most renowned conferences in the world that features professionals to inspire and stir its audiences with talks delivered by professionals from every walk of life. From artists to astronauts to scientists - TED hosts incredible talks that are 'worth spreading and are translated into over a hundred languages across the globe.

TEDx is an offshoot of TED which permits anyone, anywhere in the world to host independently organised events after being granted a license. Similar to the TED format, it hosts speakers to come together on a platform to encourage, inspire and motivate.

And this year, TEDxLahoreWomen featured the beautiful Mahira Khan as one of the key speakers. Mahira's talk was on Cyber Bullying and it's catastrophic effects on individuals, society and on the whole communities.

The Humsafar star who has already been widely appreciated for her acting skills is also now being applauded for her inspirational talk on this powerful platform. 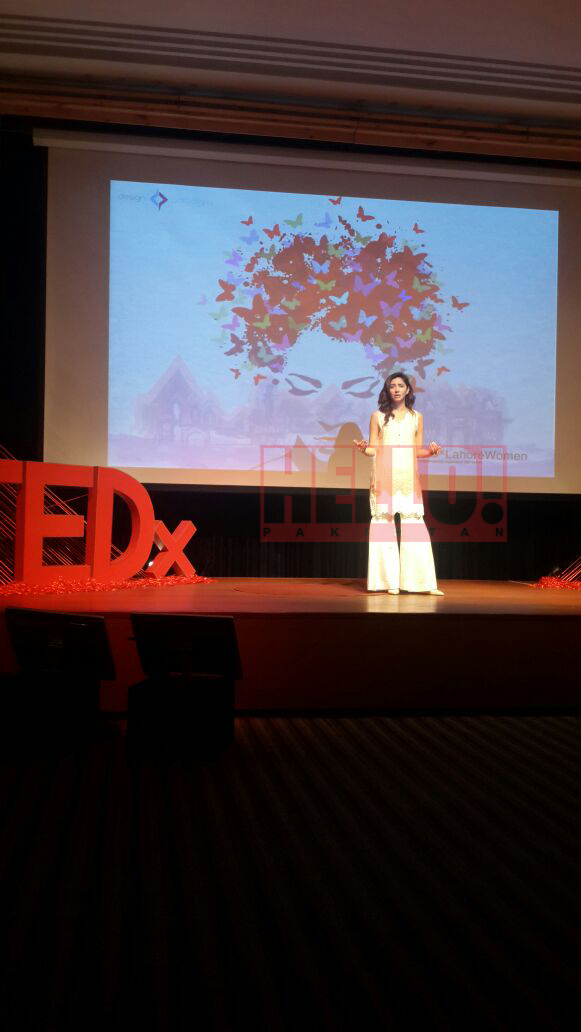 Armeena Khan Stands Up For Online Bullying With This Epic Instagram ...

From Paris To Lahore To You: Christian Louboutin Reveals 'Lahore ...