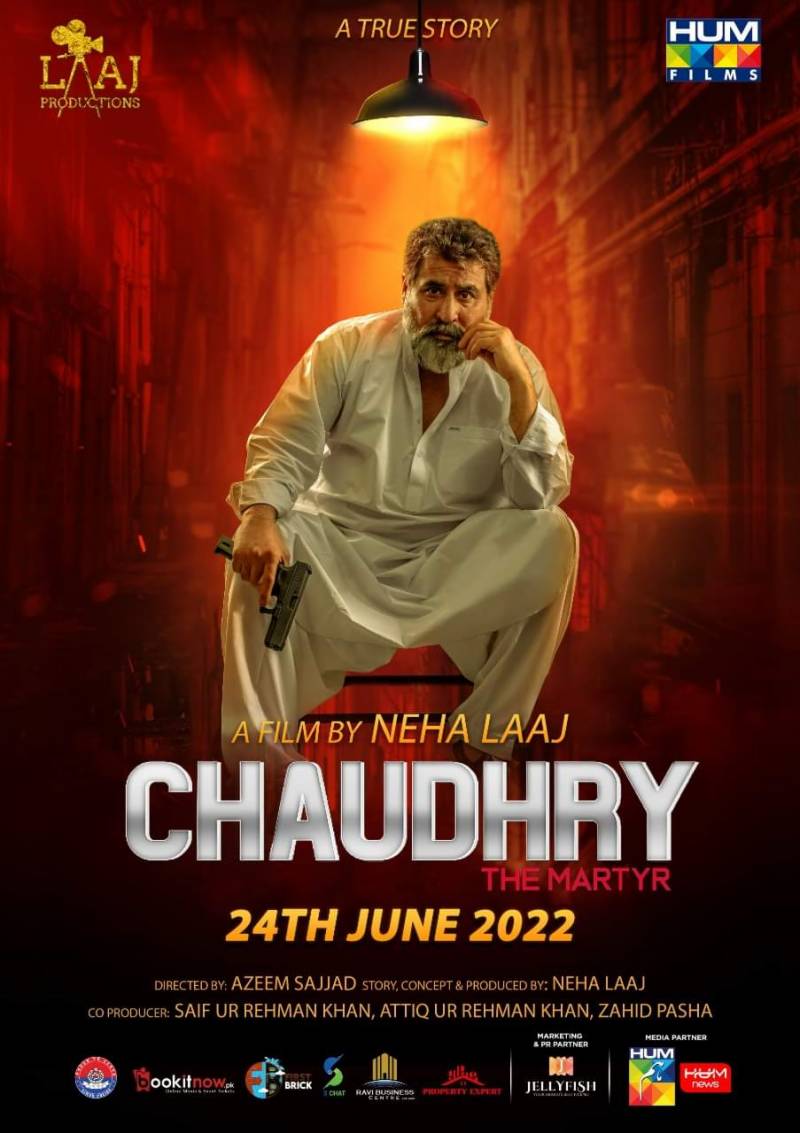 Very rarely does it happen in our entertainment industry that a movie is a complete entertainer and everybody gets to enjoy it.  Fortunately, Chaudhry is a part of that exceptional category. The movie which got released on 24th June 2022 along with Rehbra although faced tough competition came out victoriously on top.

The action biopic directed by Azeem Sajjad, co-directed and produced by Neha Laaj, and supported by Sindh Police and Hum Films managed to impress the audiences and critics alike. The plot revolves around the life of a brave police officer who is adamant to bring peace back to the city of Karachi and in the line of duty laid his life for the motherland. The movie aims to promote the real-life heroes of Pakistan and pay respect to their families and organizations to have such valiant and brave sons of the soil. As good as it looks on the paper Chaudhry ends up looking good on the camera reel as well. In fact, the movie was better than what people saw in the trailer.

The script is interesting and does justice to the cause portraying the real-life scenarios faced by Police Department and it is a bit hilarious at times. The script has the right mix of action, emotions, and light comedy which worked well for the Pakistani audience. The music of this movie is also something we have been talking about. With songs from Rahat Fateh Ali Khan, Attaullah Khan Essakhelvi Syed Asrar Shah, and Sunidhi Chauhan each song of the movie soundtrack is perfect, well written, well sung, and well-composed. Top songs of the movie include Nazar-e- Karam, Kameez Teri Kali, Lagi Par, and Aatish Meri Beauty.

As far as performances are concerned, definitely the movie rests on the shoulders of real-life cop DSP Tariq Islam. With striking similarity to SSP Chaudhry Aslam, DSP Tariq has done justice to the role he is playing. Sana Khan, Yasir Hussain, and Nawal Saeed with their good looks, natural acting, and effortless style and charisma have given all the support performances perfectly. Veteran actors like Saleem Mairaj, Adnan Shah Tipu, and Arbaz Khan took the movie to next level with their sheer expertise in the field of acting.

Overall, Chaudhry is an attention grabber and a kind of movie which shouldn’t be missed in any case. Watch it for great action, good-looking faces, and foot-tapping music.