'Kamli is me, I am Kamli' SUPERSTAR SABA QAMAR AND THE ART OF DOING IT ALL DRESSED IN MARIYAM RIZWAN In conversation with the actor and the director Sarmad Khoosat We are happy to feature Saba Qamar and Sarmad Khoosat in this interview regarding their new film 'Kamli' which was released a few days ago and is doing very well at the box-office. They talked exclusively about the bonding and relation they have with each other and challenges they faced during the shoot of 'Kamli' and what they did to overcome. Sarmad also discussed how the government’s new policy for filmmakers and more. Read on … 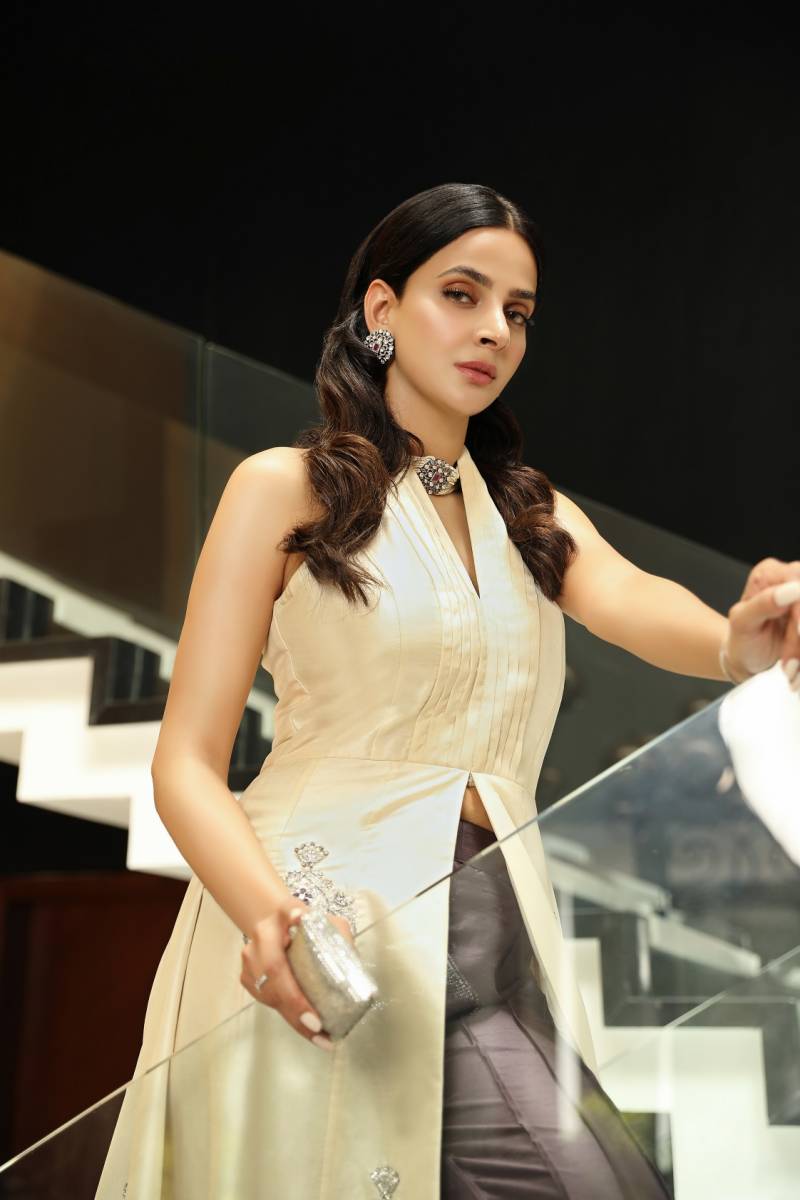 Saba: ‘Kamli’ is one of my most favourite and important projects of my life.

Kamli is me, I am Kamli - Saba

Sarmad: ‘Kamli’ is a very heart felt story, more of a letter I would say to all the women in my life, my mother, my sisters, to my friends and to all the wonderful women I have known, loved by, or have loved. It’s a letter full of secrets, love and a sense of loss too.

Saba, any memorable experience, or event during the shoot of kamli which is close to your heart?

The entire shoot was full of fun and memories, there was never a single dull moment that we had seen. 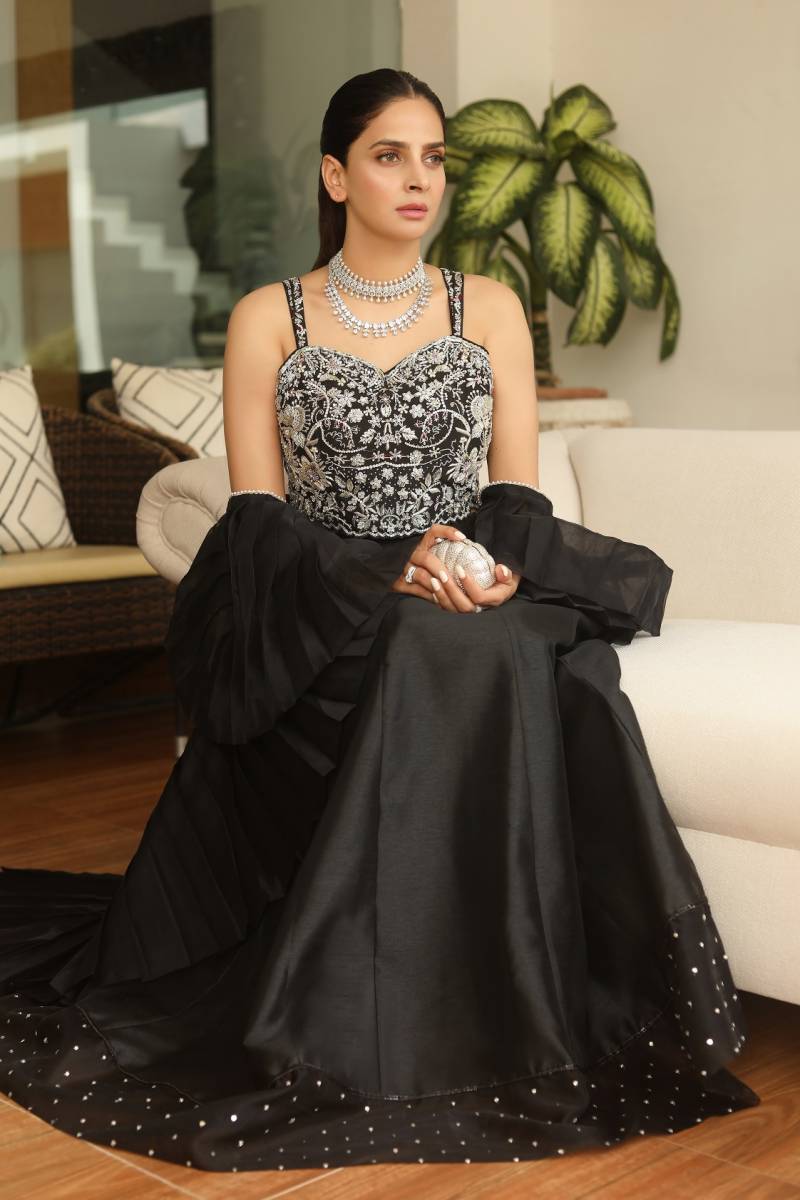 Sarmad, what is the inspiration behind this exceptional movie? For how long have you been working on the script?

Sarmad: Finding a perfect story is a very strange process.

Sometimes you don’t find a story, a story finds you and that’s what happened with ‘Kamli’ - Sarmad

It is loosely based on a short film by Meharbano, it had a very real and long lasting effect on me. It was difficult to shut it off mentally and physically.

It took me a year and a half to procure rights to the story and after that Fatima delivered the first draft which went for many changes and revisions too. It almost took three and a half year to complete the film. 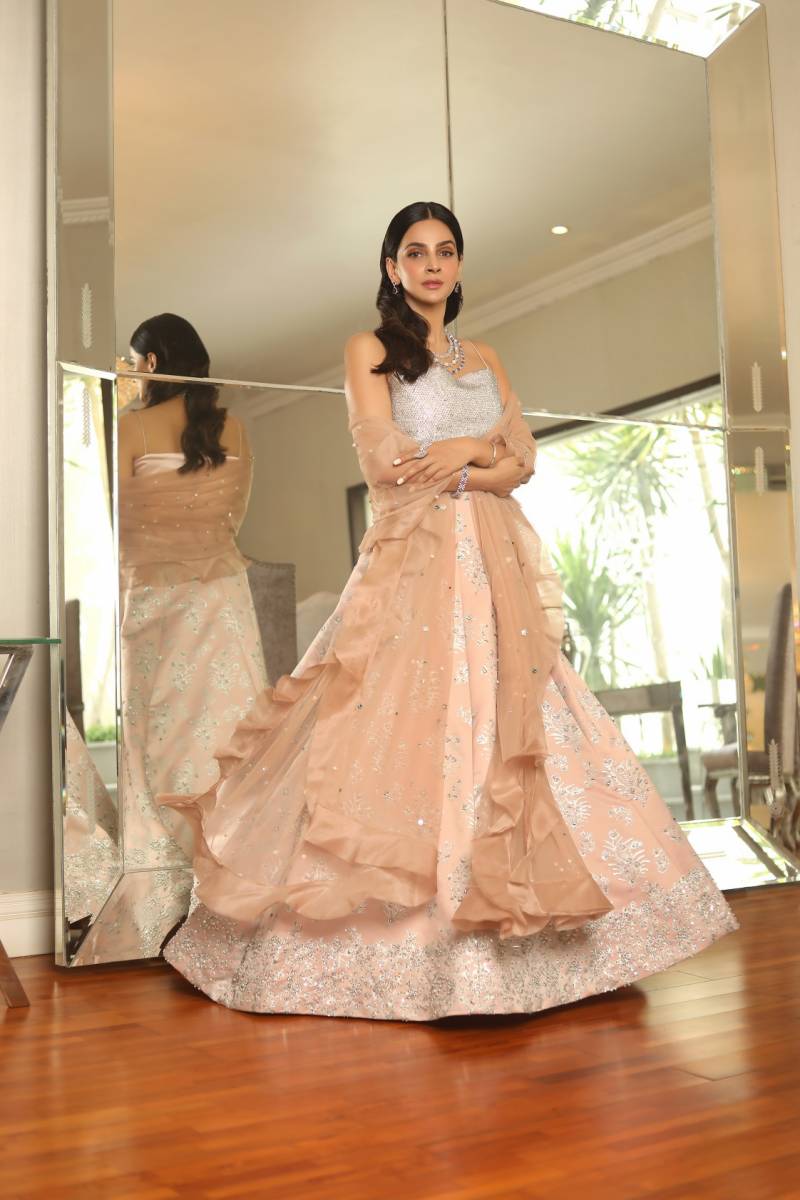 Saba, after reading the script, what was the one thing that made you say yes to the character instantly?

I didn't read the script for the first time, I heard the song “Naina” and said yes to the film immediately because the song itself took my heart.

Saba, in a recent interview, you talked about leaving acting for the sake of your marriage. Are we going to hear wedding bells soon? We would love to hear more details from you. 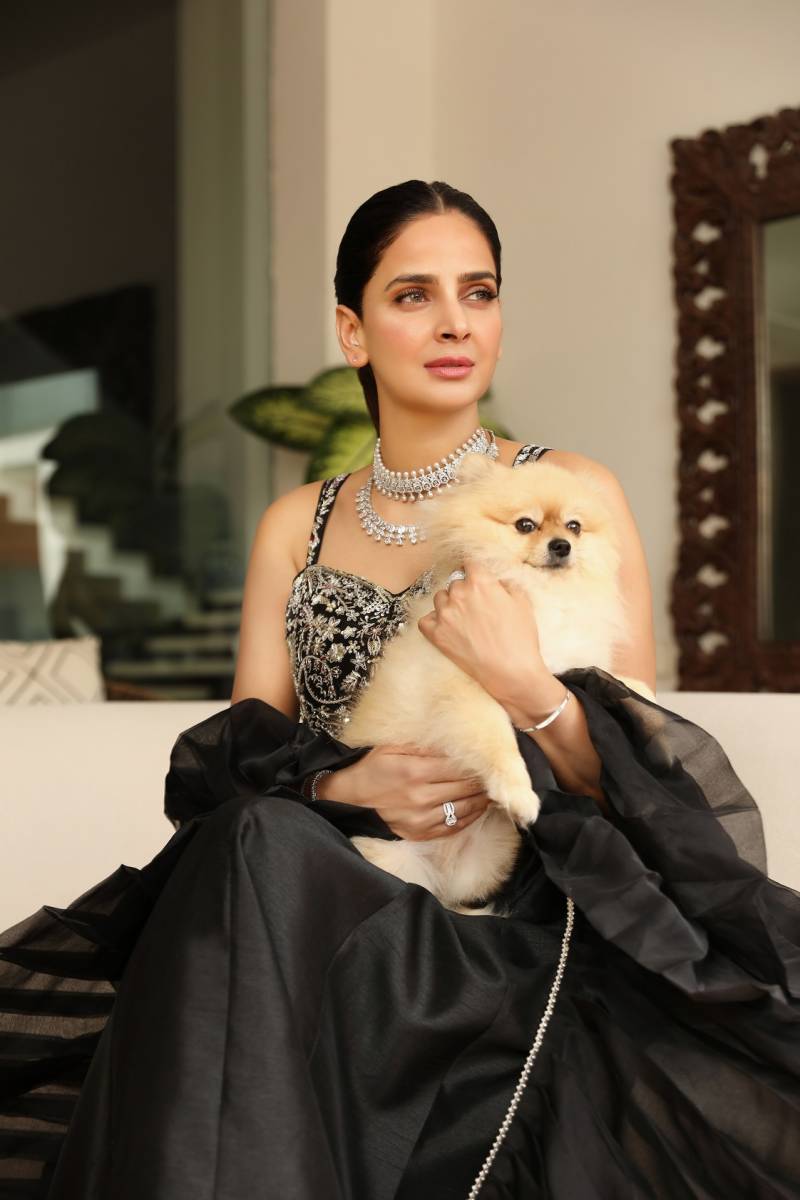 Stay tuned that's all I can say. 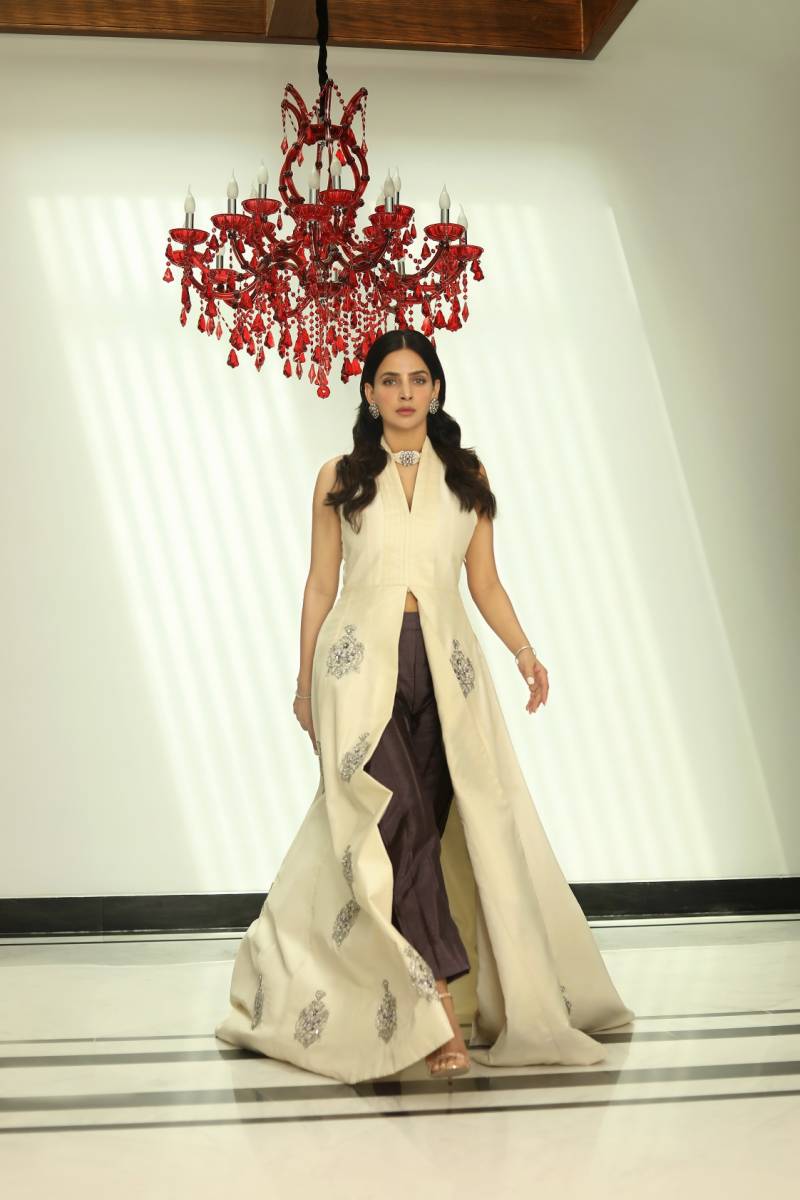 You both have worked with each other numerous times before, what are the top three things you love and hate about each other.

Saba: There's nothing I hate about Manto Jee, he's my favourite person and I always trust him with all my heart.

Sarmad: Saba is Love, Love and Love. There are so many things about her that I love. Her sense of commitment, professionalism, her Junoon/Passion and she has a very deep-rooted sense of empathy and understanding which I truly admire.

Hate is a very strong word but there are somethings that qualify to be a little annoying like Saba gets upset very quickly over things that are so small and unimportant for me but again that comes from a place of empathy and sensitivity.

and I tell her it’s a very small thing, why is it bothering you so much? As I said hate is a strong word, I can’t think of anything else. Actually there is nothing which I hate about her. 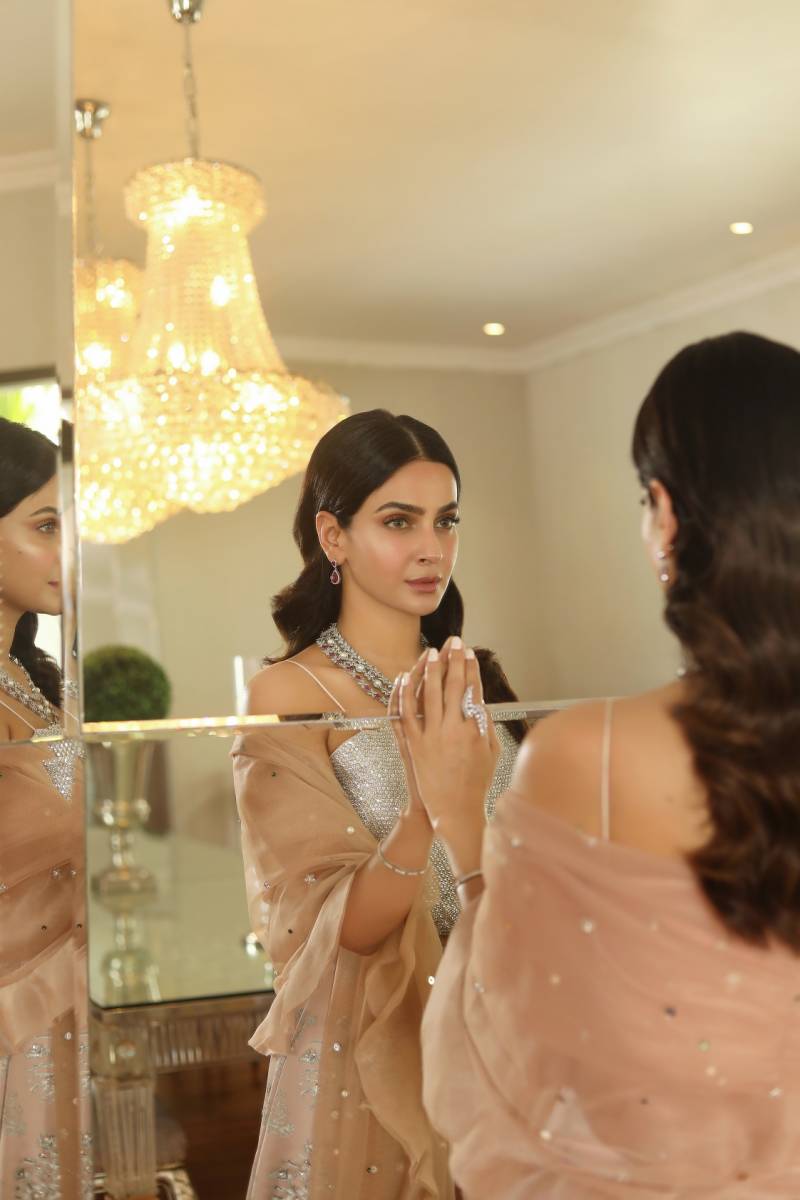 Government removed the tax on film makers in the recent budget. What’s your take on this Sarmad? Do you think it will help in reviving and booming of the film industry in Pakistan?

I think the government’s new policy was long overdue. I am glad that we have finally arrived at a point where there is a very clear sense of what that policy is, it’s very elaborative and it’s not only about tax, it’s about encouraging younger people and I hope that this materialises/actioned into real things. This would pave way for younger storytellers. If we have to survive or grow, the only way forward will be to let the younger people take the lead and I’m not talking about myself, I’m talking about people younger than me.

I think a basic thing like tax is very important

because there was a lot of ambiguity before about the bracket we will be taxed under like are we service providers? Or are we artists? - Sarmad

This clarity I feel is very important and encouraging and it feels like we are headed to the right direction. 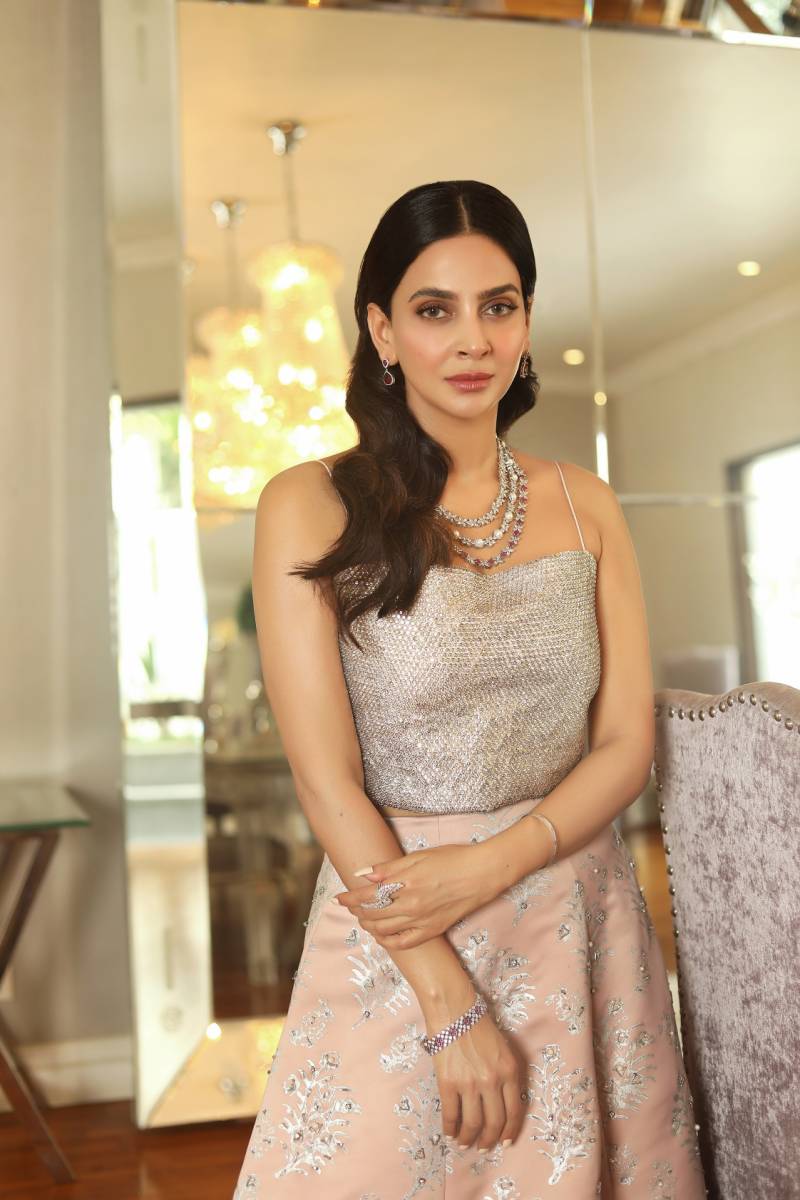 You both have been working with each other since ages, one of the top project I can think of right now is Baaghi. Can you let us know how Kamli was a different experience than all the projects you have worked before?

Saba: I believe all the projects are different from each other but yeah Kamli was an extremely different and draining process in itself, yet so close to my heart.

Sarmad: In Baaghi we co-acted. Before that I have directed Saba in Paani Jaesa Pyar in 2009 or 2010 if I’m not wrong, then we did Aaina together which was a remake of a really famous and legendary Pakistani film and then we did Manto together and then Kamli and I’m sure somewhere in between we must have done small projects together too but I think our relationship is such that it doesn’t feel like there have been gaps and not that we stay completely updated on what we are doing, there can be lapses of communication and sometimes we don’t meet or we are not in touch but it doesn’t seem like a gap. 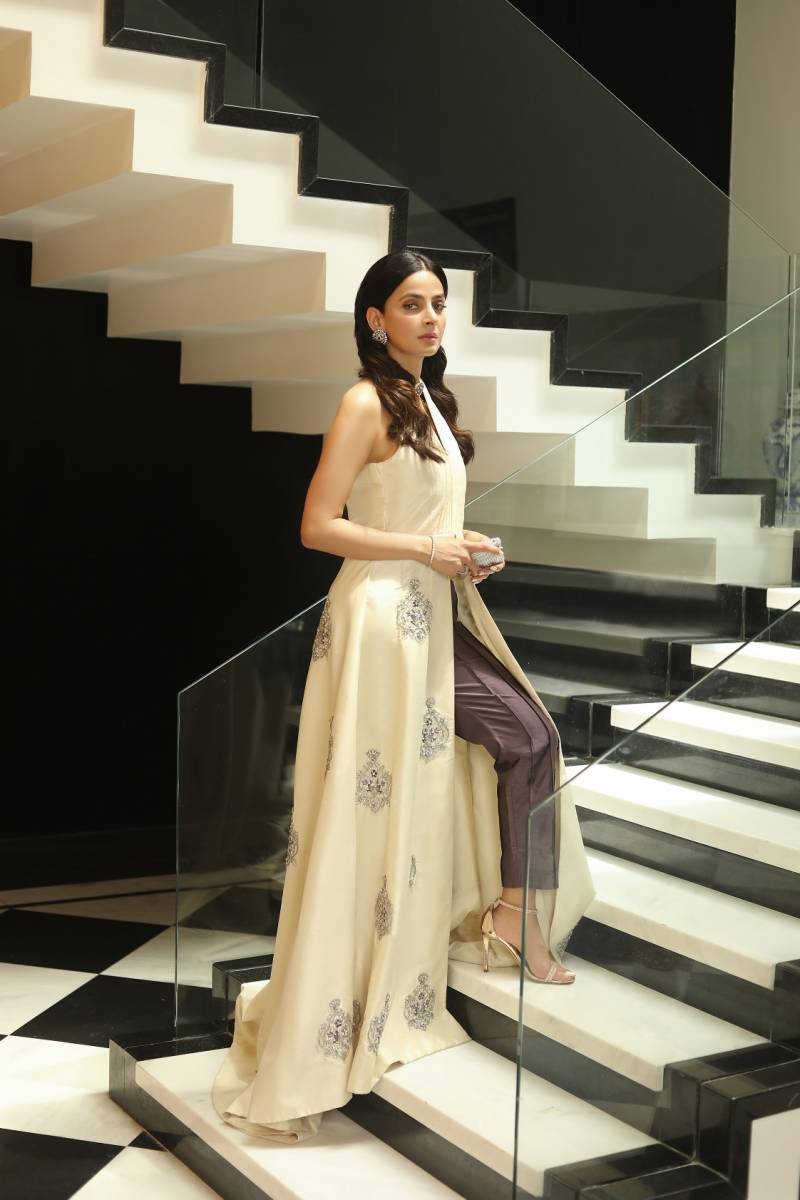 It certainly doesn’t and I would not want to categorise the projects in an order of which one is my favourite but clearly I mean Kamli not only because it’s the most recent but I think it’s the most sort of, I mean it helped us make a bond and as a director and actor I think beginning with let’s say trusting each other, challenging each other and then Saba also admits this is an unusual character when you look at her other body of work and got her to channel this kind of skill and this kind of energy to a character was not only new for her but also for me as a director because this is totally about restraint and control from the actor’s and the story teller’s side both. Sometimes it can really translate into ineffectiveness or inadequate sort of emotion or drama, so I think both of us had this joint journey exploring Hina, flashing her out knowing her and this process has been truly based on trust. It’s such a heart-warming memory. 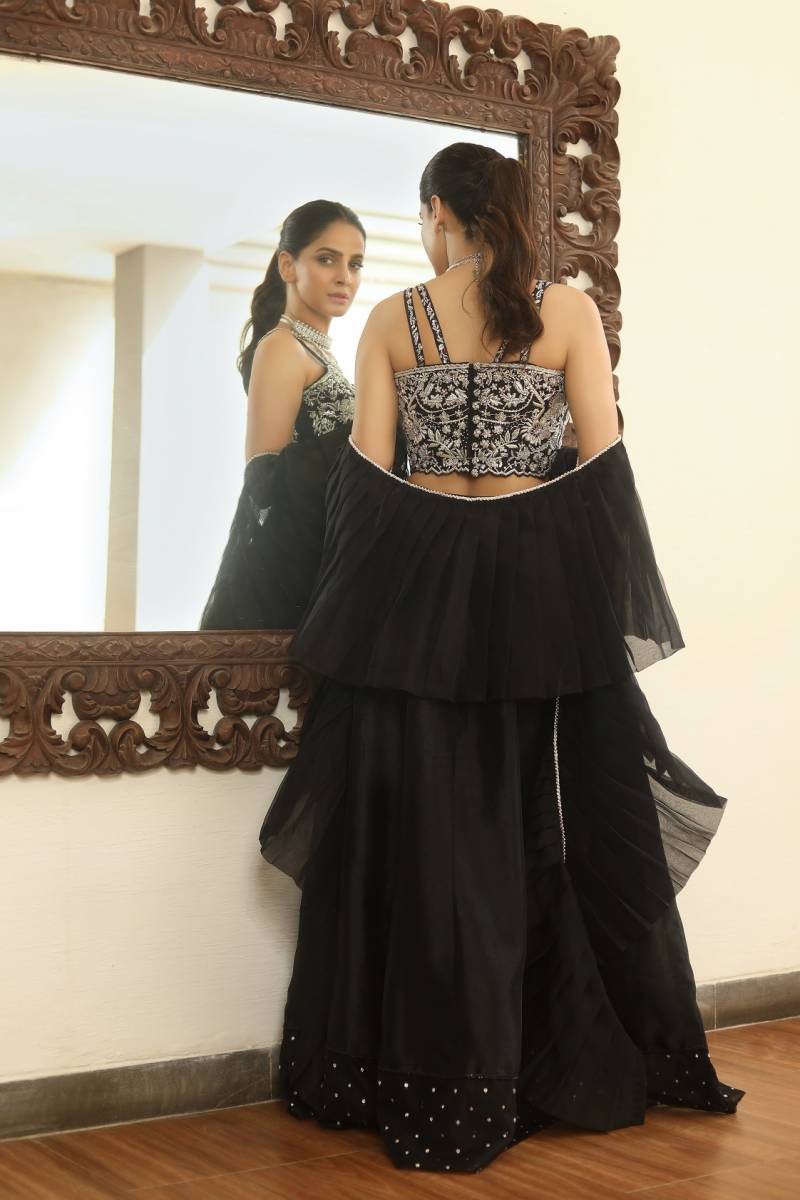 After all these years, what kind of relationship you have with each other on and off set?

Sarmad: Saba is someone who is very thoughtful and caring. You know she is a superstar but then she is caring in a very real way. She doesn’t let her say her stardom effect the genuinity of the bond. Saba’s mom cooks excellent food, She makes the most perfect kareelas in the world and we have that kind of relationship where I can just tell Saba that I am craving kareelas and she would just send me home cooked food. On my birthday or any other occasion, there would be a ton of flowers that she would send. I would like to believe that I somewhat is not entirely reciprocated. I am a friend that she counts as one of her closer friends.

Saba: We've a very strong friendship bond with each other on and off set. 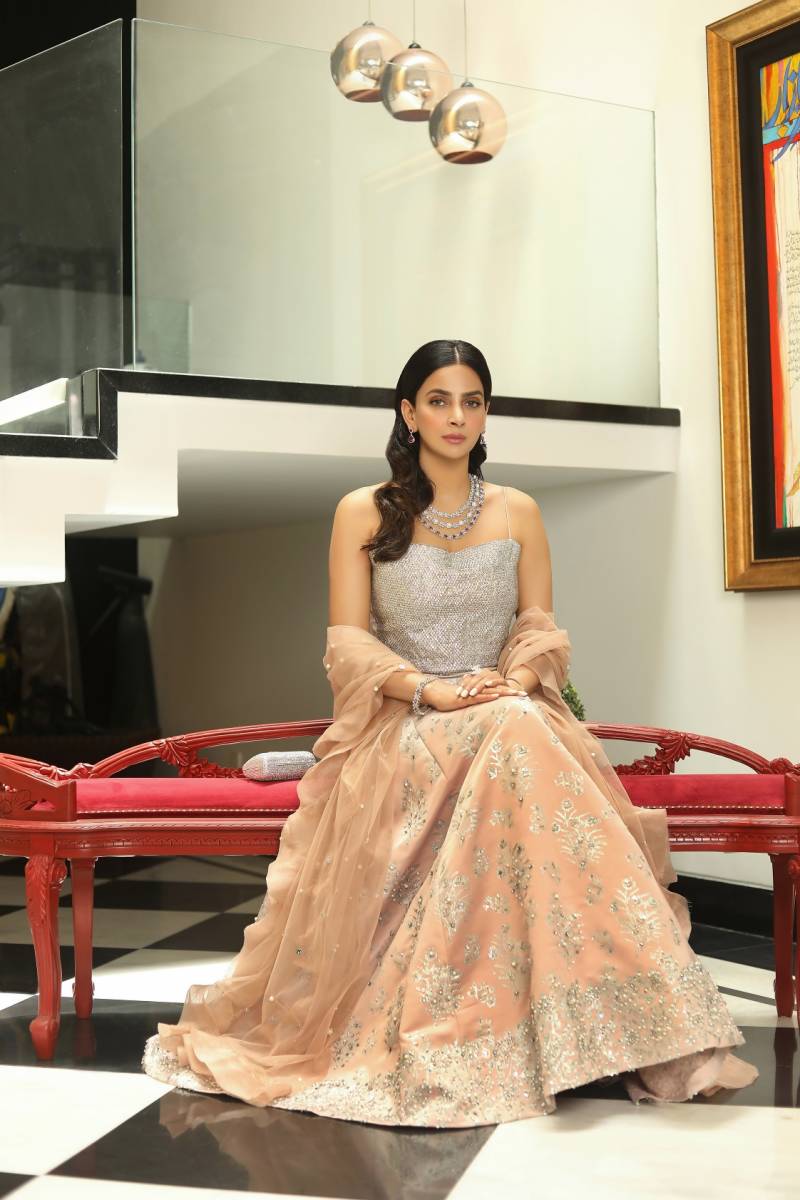 The projects of our industry are no less than any season/movie on Netflix, in your opinion what could be the reason of Netflix not appreciating and signing deals with our film makers?

Sarmad: Netflix and Amazon, there could be many reasons and I can only have a hypothesis about it. As per my understanding, I think there is a very small market in terms of subscription. We assume that we are too many who have subscribed to these platforms but it’s not correct. It’s like a bubble situation that our friends and their friends have a subscription which makes us feel that we are a large number whereas on ground, I don’t think there is a large number.

Secondly, not only Netflix, any other international collaboration, we can just count them on one hand as we don’t have many examples to follow.

If the world is not interested in our story, I think we need to push for our narrative, our original stories and we need to create opportunities for ourselves also even if they’re not interested. At this moment, it’s not clear but

so I’m hoping that it will materialise. 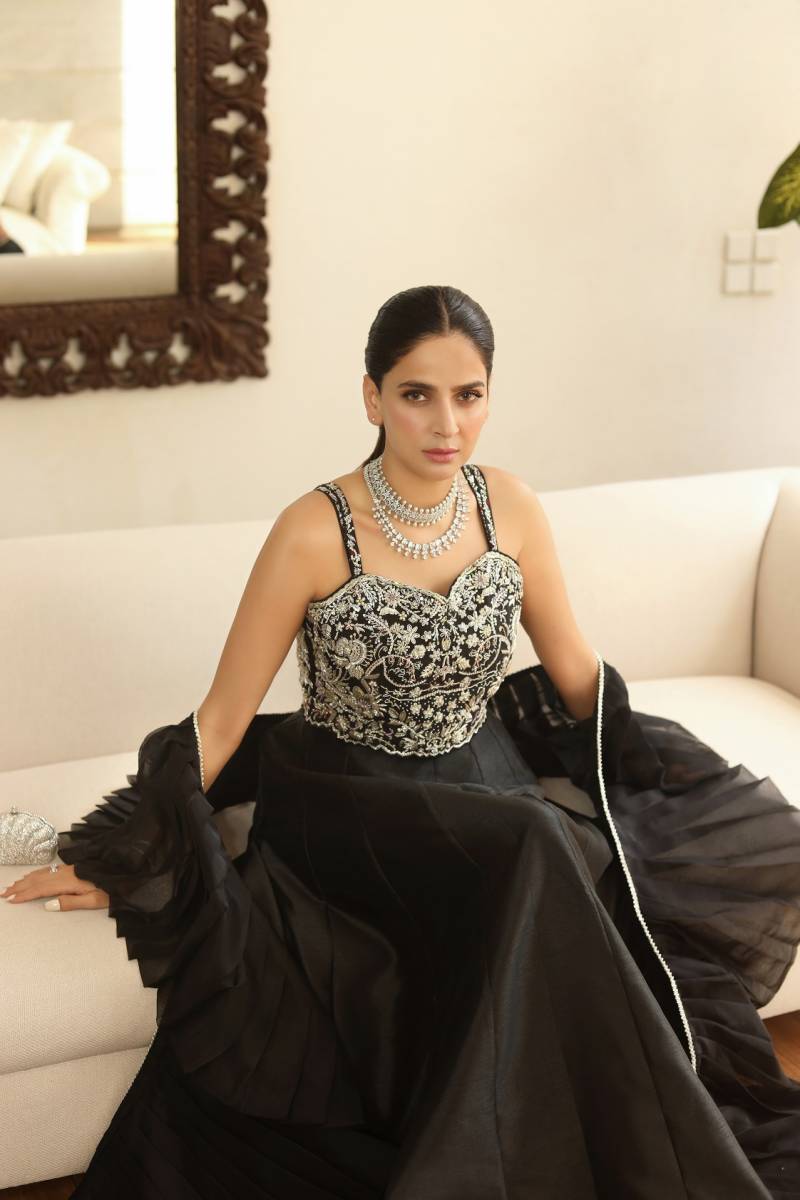 The cast of Kamli had to travel all over Pakistan for the shoot, what were the challenges you faced?

Sarmad: Anytime you’re not in your comfort zone or in the cities like Islamabad, Lahore or Karachi where most of the development is emphasised upon. It’s a very sad situation as there are so many beautiful parts of the country that are neglected in terms of development and facilitation, so ofcource it becomes tough. I had my sister Kanwal Khoosat with me who was also producing the film, she took care of a lot of problems and issues which were honestly anywhere between lighting up the whole jungle at night for shoot, for making sure there are portable toilets for people to use, to make sure people are as comfortable as they can be. Of course, it was not the most comfortable situation as you were not home, you were in a small town where you’re disconnected form the world.

I would say Kamli was a labour, not just love but an actual physical labour as you won’t be in your vanity vans or in a luxurious cars arriving at set on the day of shoot. It was an actual journey, an actual adventure.

I can’t be grateful enough to my team, both the cast and crew that made this journey possible - Sarmad

and it was everybody’s collective energy that we breached the finished line.

FROM 'BAAGHI' TO 'KAMLI'. THE JOURNEY OF SABA QAMAR