Mano Animation Studios: The Visionaries That Created a Space for Pakistan In the World of Hand-Drawn Animation 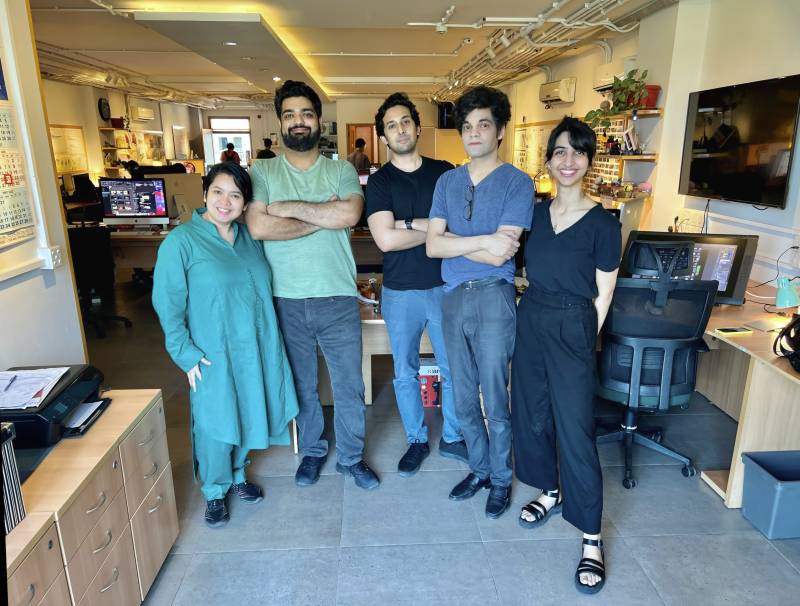 Pakistan is known for many things including beautiful landscapes, bustling streets, rich culture, and excellent food, but we often forget that it is a place speckled with creative minds itching for an outlet to release their talents. One such supremely talented mind is Usman Riaz. Even from a young age, this multifaceted individual was dabbling in all things creative, from drawing to music. As he grew up and studied both fields at renowned institutions, got picked up as a TED Fellow, and traveled globally to speak at conferences, Usman returned to Pakistan and yearned for an establishment where he could pursue his one true passion; animation.

Unfortunately, Usman Riaz never found such an establishment. This led to the creation of Mano Animation Studios, which has received recognition and praise across the globe. The studio takes animation back to its roots; a traditional, much more meticulous, and painstaking process that is hand-drawn animation - the results and subtleties of which cannot be replication through computer animation.

A hand-drawn animation is an art form that requires a lot more than just dedication; the process of continually, for years, working to create a single finished product needs to have individuals behind it that have true love and passion for the art. Knowing this well, Usman Riaz curated a team that shared his mindset and feelings, with his core team consisting of Mariam Paracha as an art director & assistant director, Khizer Riaz as producer & line producer, animation director Aamir Riffat and finally, head of character design Sofia Abdullah.

Curating the team wasn’t as easy as picking up the phone and asking people to quit their day jobs to join a long and drawn-out (pun intended) journey that would have no guarantee of success. Aamir Riffat shared, “Usman knew of me at the Indus. He knew of me because of my thesis, and remembered and reached out to me. My initial idea was to politely decline because, with hand-drawn animation, I got a good dose of how much work it is, and doing it for someone else in a full-time capacity sounded like it would be too much to handle.” 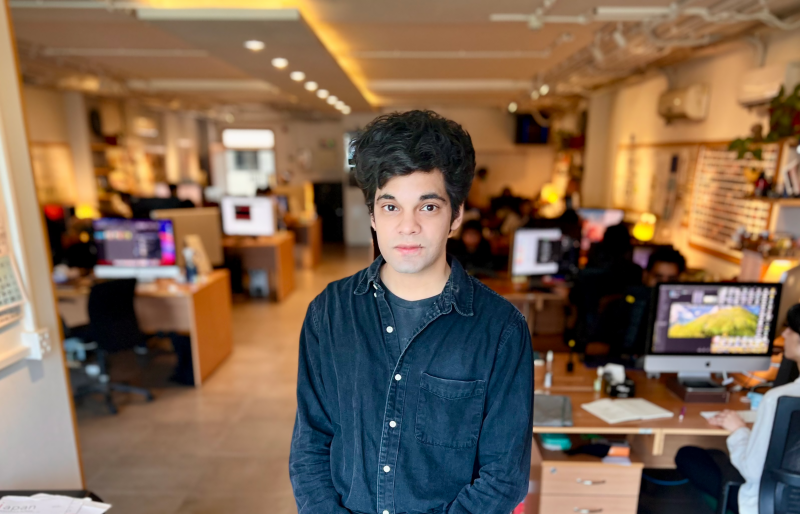 To that, Usman added, “The thing is, there are so many people who say they love it, and they think they love it, but when they come here and see how much work it is, they melt. At one point we had 36 people. Now we have a solid team of people who we know that they love, and we know they are here to see this finish. In the beginning, we had to tell people that please don’t give up, but they just couldn’t do it.”

With the team together, Mano Animation Studios started work on ‘ The Glassworker’, an anime-style original feature film set in a fictitious land with subtle nods to Pakistan through architecture, fashion, and of course, tempting delectably drawn food. The story, an original conceptualized by Usman himself, is at its essence a love story. The story follows the budding romance between a glassworker’s son, Vincent, and a colonel’s daughter, All in a war-afflicted land. The love that develops between Vincent and Alliz is challenged constantly by the differing views of their fathers; one who wants no part of the war, and one who plays an active role in it. It is a time when patriotism and social standing are considered more important than free thought and artistic pursuits. It is a time when love is not relevant.

Usman Riaz had a vision, and to that vision, he hunkered down and got to work. He said, “No one’s done anything like this before. No hand-drawn feature film has ever been made in Pakistan.” The studio’s efforts paid off as the film was picked up by the world’s most prestigious animation awards, The Annecy International Film Festival. Not just that, but the film was chosen for one of the most competitive and highly-regarded panels, ‘Work in Progress, showing that a glimpse into the project held such potential that it was picked out from countless other entries from across the globe to transpire into a success. Usman correctly stated, “I always say ‘I’ll prove it with my work’ and now I’ll prove it with our work. Once people see that this is possible, then everything will change.”

Speaking of the excitement around Annecy, Mariam Paracha added, "We have been following Annecy for years and have discovered so many amazing animated films from all over the world through this platform. For 'The Glassworker’ to be selected in the ‘Work In Progress category is truly a dream come true. We are extremely grateful and humbled for the festival to recognize our passion and love for this craft and are looking forward to sharing our journey with everyone”

Recent high-profile projects featured at Annecy's Work in Progress include Sony Pictures Entertainment's Oscar-winner Spider-Man: Into the Spider-Verse’, Oscar nominees Netflix's ‘Klaus’ and ‘Over the Moon’, Cartoon Saloon's ‘Wolfwalkers’, Michael Dudok de Wit's ‘The Red Turtle’, and Dean DeBlois's ‘How to Train Your Dragon 2’. Furthermore, renowned Spanish producer Manuel Cristóbal, who previously worked on the international film Wrinkles and several other notable names will join the team of the feature film ‘The Glassworker’ in its production.

With buzz building around the project, a recurring question that arises is, when will the feature be ready? To this, Khizer Riaz responded, “The idea is to make the film, but even if you make it, there’s nobody there to release it. It’s still in a vacuum and Annecy takes the film out of the vacuum and brings it to the limelight; the light shines on the fact that this film exists, and the animation world knows now. So what we’re aiming for is completing production in 2022 and getting the film ready to release in 2023”.

For more information on Mano Animation Studio’s ‘The Glassworker’ click the link below:

Ravissant Salon: Where Design And Philosophy Work Hand in Hand

Five Everyday Hand Creams to Use After Frequent Hand Washing

Pakistan To Send Its First Citizen To Space by 2022

Keeping Up With The Kardashians To Film In Space!