Actor and director Usman Mukhtar took some time off from his busy schedule to have a quick chat with HELLO! From working in dramas, making music videos to bagging a section at Cannes Independent International Film Festival (CIIFF) for his latest short film ‘Bench’, Usman fills us in on all the work that went behind the film. 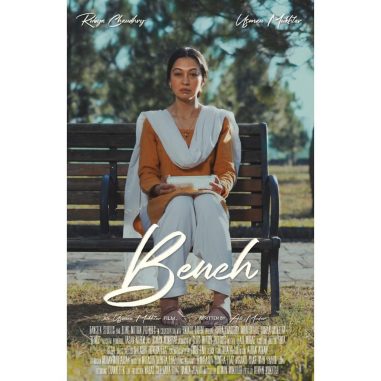 Your short film Bench has recently been selected for first Cannes International Independent Film Festival (CIIFF). How thrilled are you? How important is the role of film festivals?

The entire team of ‘Bench’ were beyond thrilled, we are so thankful to everybody who supported ‘Bench’ and we are so grateful to have been selected by several film festivals, Cannes being the last one. We are really happy and thrilled, it feels great when your hard work is being appreciated and that too on an international forum. Film festivals are important to independent film makers because it gives them a platform to showcase their talent on an international level as short films and documentaries don’t have the kind of market where they can be released in cinemas. Film festivals provide you with a platform not just to showcase your talent but also to get constructive criticism from fellow film makers. You get to collaborate, you get to interact, you get to network with different types of film makers and music directors and writers and actors. Film festivals are great that way.

When did the idea of the film actually germinate?

Well I’m from Islamabad and I’ve been going for my jogs to this park that’s right next to my house and whenever I’m jogging or doing my cardio, walks and stuff, I always come across different types of people. Every day there’s somebody new sitting on those benches and I would always wonder, there are so many stories that could be told on these benches, so many different people who are sitting there. That’s how the idea came about and I discussed it with the writer Ali Mudar who has worked with me before this as well and is a really talented writer – I said I wanted something to do with a bench, so that’s how the idea came about. We plan on making three different stories revolving around the same bench, it’ll come out in three parts. We are actually thinking of turning it into a series and so we still have to shoot two other stories. 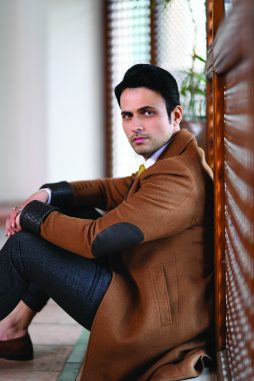 What entails making a short film — how did you put your team together?

I feel it’s your passion at the end of the day, if you’re passionate about something, it’s going to happen and you’re going to make it work. I’ve always been really passionate about telling stories and this was something marinating for a while. So once I decided that I wanted to make it, I started reaching out to people who I thought would be perfect for this specific project and I’m really lucky to have had these people, as this film wouldn’t have been possible without either one of them. When I have an idea, I usually have a good idea of who I want for a specific project.

What was the audience in mind?

Tell us a bit about the casting process. What made Rubya Chaudhry right for the project?

I’ve always believed that Rubya is such a great actor and such an underrated one. I had worked with her in Aashiqui the short film I did back in 2015 so I really wanted to work with her. While we were writing the script and working on the story line I had Rubya in mind. I was just hoping that she would say yes when we pitched her the project. So there was nobody else in mind for this role and once everybody watches the film they’ll know what I’m talking about. She has given such a powerful performance with her character Eman. As a director very rarely does it happen that you’re completely satisfied with the actor’s performance; at least that happens with me. A lot of times when I’m working with actors, even though everybody else may think that they’ve done a great job but I feel like what I had imagined it’s not quite there. But with Rubya I’m always, always satisfied with the kind of performance she gives, she is such a great and a powerful actor, so yeah we didn’t have anybody else in mind for Rubya’s role.

What impact do you expect your film to have on mainstream audiences in the west and in Pakistan?

I don’t know if it will have any kind of impact on a mainstream audience, I feel that Pakistani films going to film festivals abroad might help in showcasing our talent globally. It shows the world that we can also create decent stories and decent content. I feel like there is a message in the film that everybody will take with them when they watch the film. It will show audiences globally that we can also make decent content. 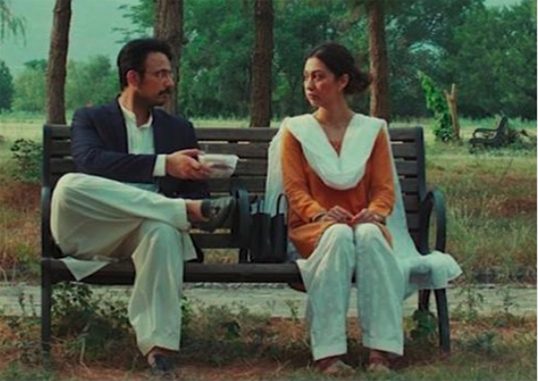 What were the key challenges in making Bench?

I feel like we didn’t have enough of a budget for the film – I feel like if we had a slightly bigger budget we could have done certain things that we couldn’t pull off right now. But again, ‘ Bench’ is such a simple story that even if we didn’t have a big budget it didn’t really affect the story. I did ideally want someone else to play Hassan’s role but again, we didn’t have the budget to get people to fly down from Karachi, put them up at hotels and then shoot the film, so that’s when I decided that I’ll act in it myself even though I am much more comfortable when I’m directing and not acting – so I don’t have to think about two things. So I feel these were probably the challenges we faced during ‘ Bench’ but again we’re really happy with what we have achieved given the budget we had to shoot the film in.

Since you have directed several music videos, how different is the directing process for a short film versus a music video?

When the audience in Pakistan would be able to see your film? Do you have any plans to stream online?

Yes we are talking to some streaming services, but the problem is that streaming services in Pakistan do not have a lot of viewership and I want everybody to be able to watch the film. So we’re talking to streaming services and eventually if we can’t get anybody and if we’re not satisfied with any streaming service, we’ll probably put it up on YouTube so that everyone can watch it. We do plan on doing screenings of ‘Bench’ in late October, early November, in Karachi, Lahore, Islamabad, everywhere and we will soon release a plan of when and where it is going to be screened.

Film, music videos are your chosen work format other than acting — would you consider working for television as a director?

I don’t think I will – I don’t think dramas are something I’m interested in directing. Yes, I will consider it, if there’s an interesting web series that I ever plan on making or if I get approached to direct – again, it depends on the script. So if I like it I’d love to do a web series but I don’t think I’ll ever direct a drama serial.

What else is on the cards for you as a director?

Well we’re kind off shooting a couple of things that I’m doing digitally as a director. There’s a short film that we’re doing which is a surprise, so we’re probably going to shoot that early November or the end of October. Then we’re shooting the second part of ‘ Bench’, that is also very exciting for me because Faran Tahir is in it, alongside Hania Aamir and Mohammad Ahmed sahib so we’re really excited to do that – so yeah there is some interesting stuff that’s in the pipeline.

Weightlifter Usman Amjad Rathore Shares With HELLO! What Makes Him ...