Teefa in Trouble continues to break barriers for Pakistani cinema as the film was given the privilege of being selected to represent Pakistan at the prestigious Silk Road International Film Festival [SRIFF] in Fuzhou, China.

This honour marks a first for a commercial Pakistani blockbuster to be invited to screen at the festival and its producer, co-writer, actor and star Ali Zafar to represent Pakistan for an open dialogue to initiate and discuss the possibility of enhancing cinematic ties between the two countries.

Ali addressed delegates from India, Turkey, Canada, South Africa, Egypt, Tunisia, Croatia, Serbia, Malaysia and Georgia. He highlighted that his film Teefa In Trouble grossed approximately $2.7 million from Pakistan alone with only 101 screens, whereas in comparison, Bollywood big films do big business by releasing with over 4,000 screens and Chinese films now with 50,000 screens. 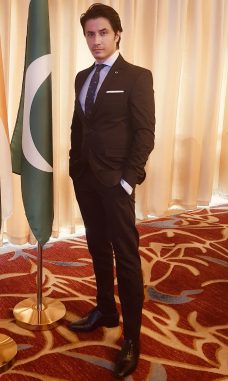 'I am equally here to underscore the need to create history, opening doors for screening Pakistani films in China and I propose a quota on minimum 3 films a year to be given to Pakistan. Moreover Pakistani film students and film makers should be given an opportunity to work aside Chinese film students and film makers and vice versa. This will not only help diversify our understanding towards each other’s cultures but also accentuate the artistic expression alongside creating massive commercial prospects. Pakistan has enormous potential and is a beautiful country and the world must get to see it' 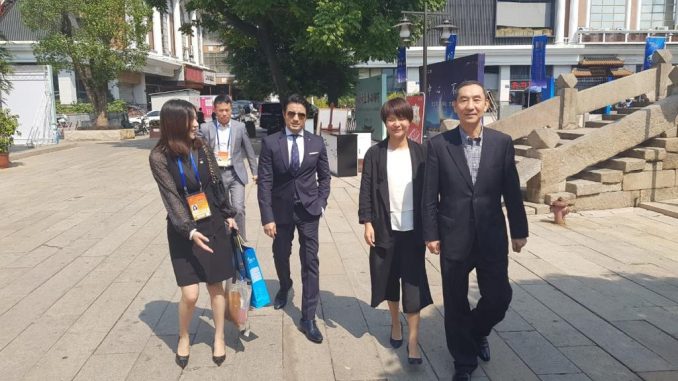 Ali Zafar is now working closely with the Chinese film industry to pioneer and execute a strategic cinematic framework for films across Pakistan and China.